The AP and IB Arms Race 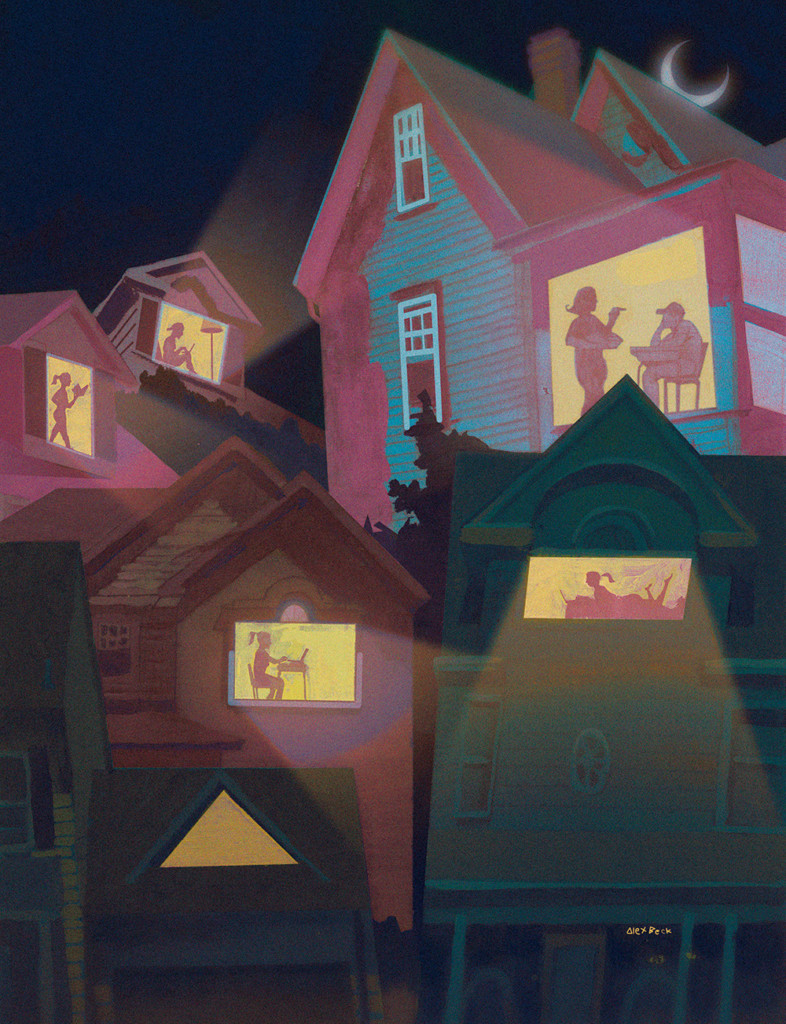 Margie Adams* remembers being wary when her daughter, Natalie*, begged to take that fourth Advanced Placement (AP) class during her junior year at Yorktown High School. Natalie wanted to be in the same class with her friends. But it wasn’t long before her homework load and after-school activities reached a tipping point. Sleep-deprived, the 17-year-old began taking sick days just to get caught up on schoolwork.

“She was really reluctant to drop [the class], because she thought, What’s wrong with me? I’m supposed to be smart. Why can’t I handle it?” Adams says. “She was very stressed and very unhappy.” In the end, Natalie dropped the class.

Other parents tell similar tales of kids on the overachiever track who are teetering on the edge of burnout. Mary Thomasson’s daughter was recommended for AP World History as a freshman at Washington-Lee [now Washington-Liberty] and took the class, but soon regretted the decision.

“It was way too much for her and frequently required three to four hours of homework a night,” says Thomasson, herself a W-L alumna. “She totally imploded.” Though her daughter initially resisted dropping the class for fear of disappointing her parents, she eventually backed out. Her mom now believes she wasn’t ready for weighted classes until junior year.

“Pushing [advanced placement] on kids who aren’t ready yet is a big mistake,” Thomasson says in retrospect. “It took my daughter the rest of high school to get her academic confidence back.”

Local high schools in Arlington, Falls Church and McLean offer as many as 25 different AP classes, and it’s not uncommon for some students to take three, four, or even five such classes in a single year. Others dive into the rigorous curricula required to earn a full International Baccalaureate (IB) diploma. But the pressures that come with these academic commitments can be formidable.

Anxiety and depression are commonly associated with heightened academic stress—especially when students overextend themselves in an attempt to keep pace with their peers, says Todd Kashdan, a professor of clinical psychology at George Mason University and author of The Upside of Your Dark Side: Why Being Your Whole Self—Not Just Your “Good” Self—Drives Success and Fulfillment. “When the motive is for social comparison and not the intrinsic values of the student, the [potential for] anxiety [goes up],” he says.

Woodson High School in Fairfax County has seen five suicides in two years, and parents at the school have questioned whether excessive stress from AP classes is a contributing factor.

That isn’t stopping local teens from taking on increasingly demanding course loads. To the extent that AP and IB classes are viewed as the academic gold standard, many see them as a prerequisite for admission to the nation’s most prestigious colleges.

“We’ve had an exponential expansion of AP in the last 30 years,” says David Hawkins, director of public policy and research at the Arlington-based National Association for College Admission Counseling (NACAC). “This is a very deliberate strategy on the part of the College Board, which owns the AP curriculum. They have worked very closely with state and federal policy makers to essentially ingrain the notion that Advanced Placement equals college prep.”

Statistics bear this out. Nationally, the number of public school students taking AP classes nearly doubled over the last decade. (At the same time, the number of low-income students—defined as those eligible for free or reduced-price lunch—taking an AP exam quadrupled.) The U.S. high school Class of 2013 took nearly 3.2 million AP exams over four years, according to the College Board.

In Virginia, students’ test scores have become the subject of educational bragging rights. Last year, 28.3 percent of Virginia high school seniors who took an AP exam earned a score of 3 or higher on a 5-point scale, making Virginia the third-highest-scoring state for Advanced Placement.

In Arlington, the numbers are kicked up yet another notch. Three out of four members of the Arlington Public Schools (APS) Class of 2013 completed at least one AP or IB class over the course of their high school careers, with more than half (65 percent) earning at least one “qualifying” score.

The number of APS students taking IB exams increased 51 percent over the same time period, with a 45 percent increase in the number of exams taken.