The school board is set to vote on the name change on Jan. 10. 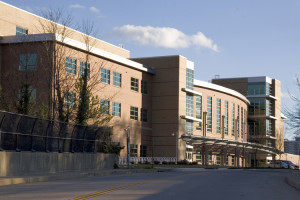 Washington-Lee High School is one step closer to having a new name. On Thursday, the W-L renaming committee—a group comprising students, alumni, staff, parents, community members and a historian—made its official recommendation to the Arlington County School Board that the 93-year-old school be renamed  “Washington-Loving,” in honor of the landmark Civil Rights decision that blocked states from banning interracial marriage.

The committee’s alternate choice is “Washington-Liberty.” The school board is set to vote on the name change on Jan. 10.

Keeping the “Washington” portion of the name was supported by an overwhelming majority of committee members.  The name “Loving”  was chosen, in part, because the Supreme Court decision recognizing the marriage of Mildred and Richard Loving represents American values like inclusion, diversity, and the pursuit of happiness, according to the committee. W-L Junior Chloe Slater, a student representative on the committee, says that honoring the couple sets a great example to future W-L students. “It will show them everyday people can achieve great things,” Slater says.

George Axiotis, the committee’s representative from the Arlington Historical Society, agrees that the name “Loving” is a welcome endorsement of civil rights for all people. Given the choice, however, he prefers the alternate name, “Washington-Liberty,” he says, because of the symmetry between founding father and a founding principle.

“Almost everything we do is about liberty,” Axiotis says, “Whatever it’s the Loving case or… the myriad other names that were on the table, it was all around the framework of pursuing liberty.” He says he supports and believes both names are viable.

Pragmatically speaking, both of the proposed names would allow the school to retain its well-known “W-L”  acronym. In explaining the rationale behind its recommendation, committee members said that many stakeholders– including current students—had expressed a desire to keep the initials.  “Everyone refers to [the school] as W-L, so people asked us to keep it,” Slater says. “It was a good compromise.”

The committee’s efforts in moving forward haven’t stopped opponents from challenging the school board’s decision to rename. Some spoke up during the public comment session at the school board meeting, emphasizing the school’s long history and legacy as a reason to keep “Washington-Lee.” They also cited the perceived lack of community input in the renaming decision, the potential damage a name change would do to students applying to college (insofar as admissions officers might not recognize the new name and the reputation of the school behind it), and Lee’s own legacy.

Among the opponents was W-L alumnus and retired Arlington Public Schools staff member Julia Crull. She was one of the three committee members who eventually resigned in protest. Crull comes from a long line of W-L alumni, dating back to 1932. (The most recent being her daughter, who graduated in 2016.)  She initially joined the committee, she says, to serve as a representative for those didn’t want a change or wanted something that amounted to a symbolic change. (For example, keeping “Lee” but having it represent someone other than Robert E. Lee, like Henry “Light Horse Harry” Lee.)

After a few meetings, however, she said her input wasn’t having the impact she had hoped for: “I felt I like I couldn’t adequately represent the people I was there to represent, which was a large section of the alumni.”

Crull says she has no issue with naming a school after the Lovings and she acknowledges the historic significance of their story. She just doesn’t think Arlington’s nearly century-old high school should be renamed at all, citing the school’s long history, its reputation, and the expense of rebranding among the reasons not to change.

Most importantly, she says, it’s about what the name Washington-Lee means to families like hers: “Being a four-generation family is not unusual in Arlington. For a lot of us, that family legacy is that name, and being a ‘General,’ it’s important to us.”