It happens once a year on August 1 in Rosslyn's Dark Star Park.

At exactly 9:32 a.m. on August 1, if the clouds part and the sun peeks out, the concrete spheres and vertical poles that make up Rosslyn’s Dark Star Park will put on a show like no other.

As the clock ticks toward the prescribed time, the sun’s angle will shift and the shadows cast by the orbs and posts will begin to align with a series of matching shapes and lines on the ground. “It actually looks like they aren’t going to [line up], but…something happens and they just snap into place,” says Angela Adams, Arlington’s public art director. “It’s just for that moment. Then, it passes.” 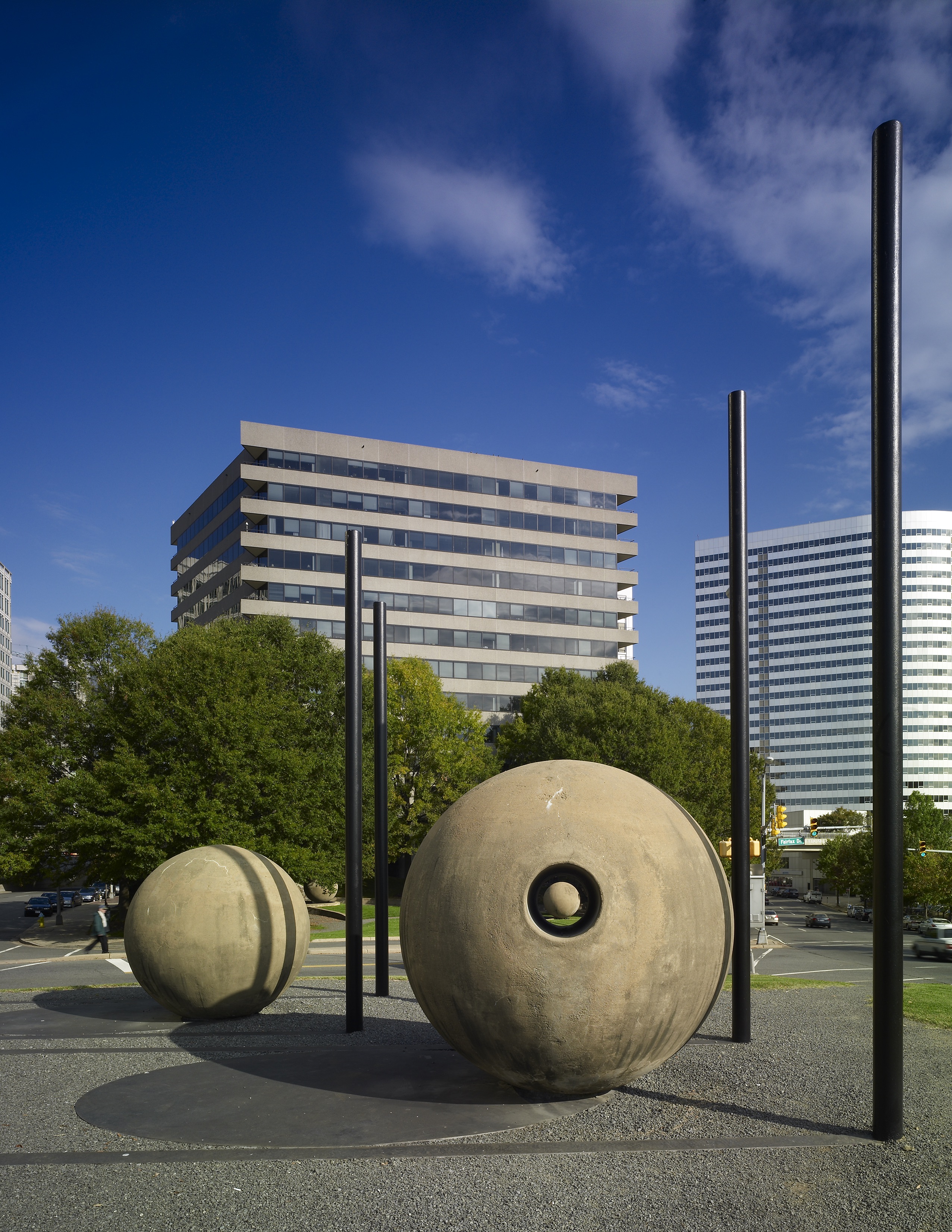 In 1979, famed land artist Nancy Holt was given the reigns to develop, design and install an entire public park—a rarity for an artist. It took five years and $200,000, but when Dark Star Park was unveiled in 1984, it was Arlington’s first publicly commissioned art piece. It immediately became the centerpiece of the county’s now-robust public art program. 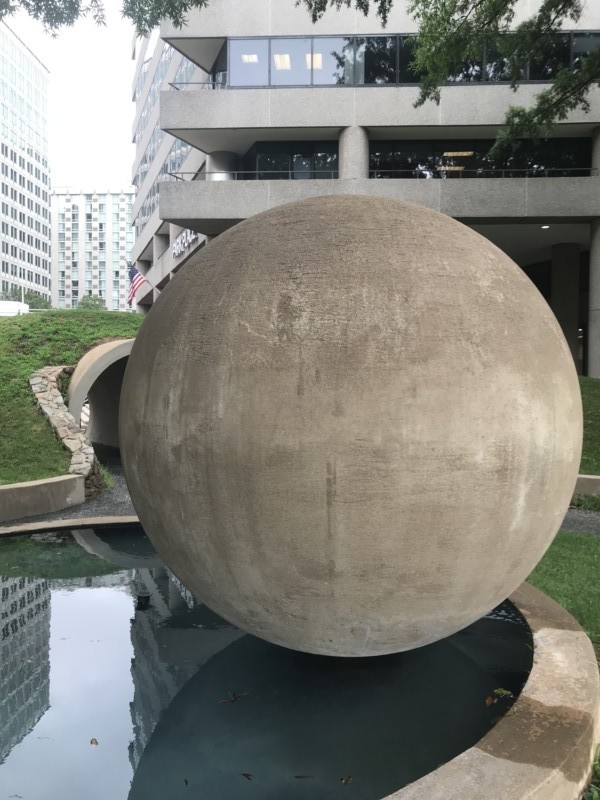 Located between Fairfax Drive and N. Lynn Street in Rosslyn, Dark Star Park gets its name from the concrete spheres’ resemblance to fallen, extinguished stars. In fact, Holt hired an astrophysicist to help her during the project’s design phase to ensure she got the math and science exactly correct.

The fact that the park shares its name with a song by the Grateful Dead—whose lead singer, Jerry Garcia, was born on August 1—is nothing more than a peculiar coincidence. (Although tell that to the tie-dye t-shirt-wearing Deadheads who show up every year in celebration.)

August 1 is, in fact, a call back to Rosslyn’s history. It was on that date in 1860 that William Henry Ross purchased the land that would later become Rosslyn.

The exactness of the time (9:32 a.m.) is simply because Holt favored the morning light.

Public art director Adams knew Holt well and worked with her to renovate the park back in the late 1990’s and early 2000’s. She says Holt’s goal was to create an art installation that blended naturally into the urban setting.

“If you are in Dark Star Park, you are hard-pressed to [differentiate] the art from the park,” Adams says. “The public space…is elevated to a higher level of civic design.”

According to Adams, Holt thought the passage of time (both short and long term) added an interesting element of depth, dimension and patina to her urban design. During the park’s renovations, Holt made specific requests not to fix certain things that had weathered. “She liked the sort-of leeching that happened [to the spheres]…and the desire line [footpath made by] people who were cutting through the park to get to the Metro. She [didn’t] want to fix it, but didn’t want to formalize it either.” 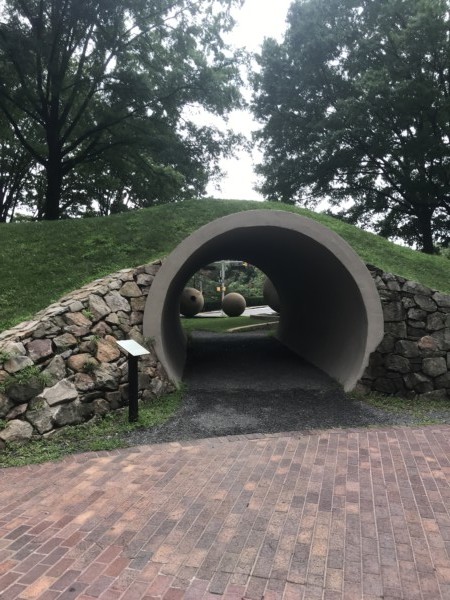 Holt died in 2014, but one of her greatest and most famous works still lives in our midst.  This year, an early morning tour  of the park is being offered (though it’s currently at capacity). Community members can also attend a public viewing and talk about the installation, right around the time those stars align. 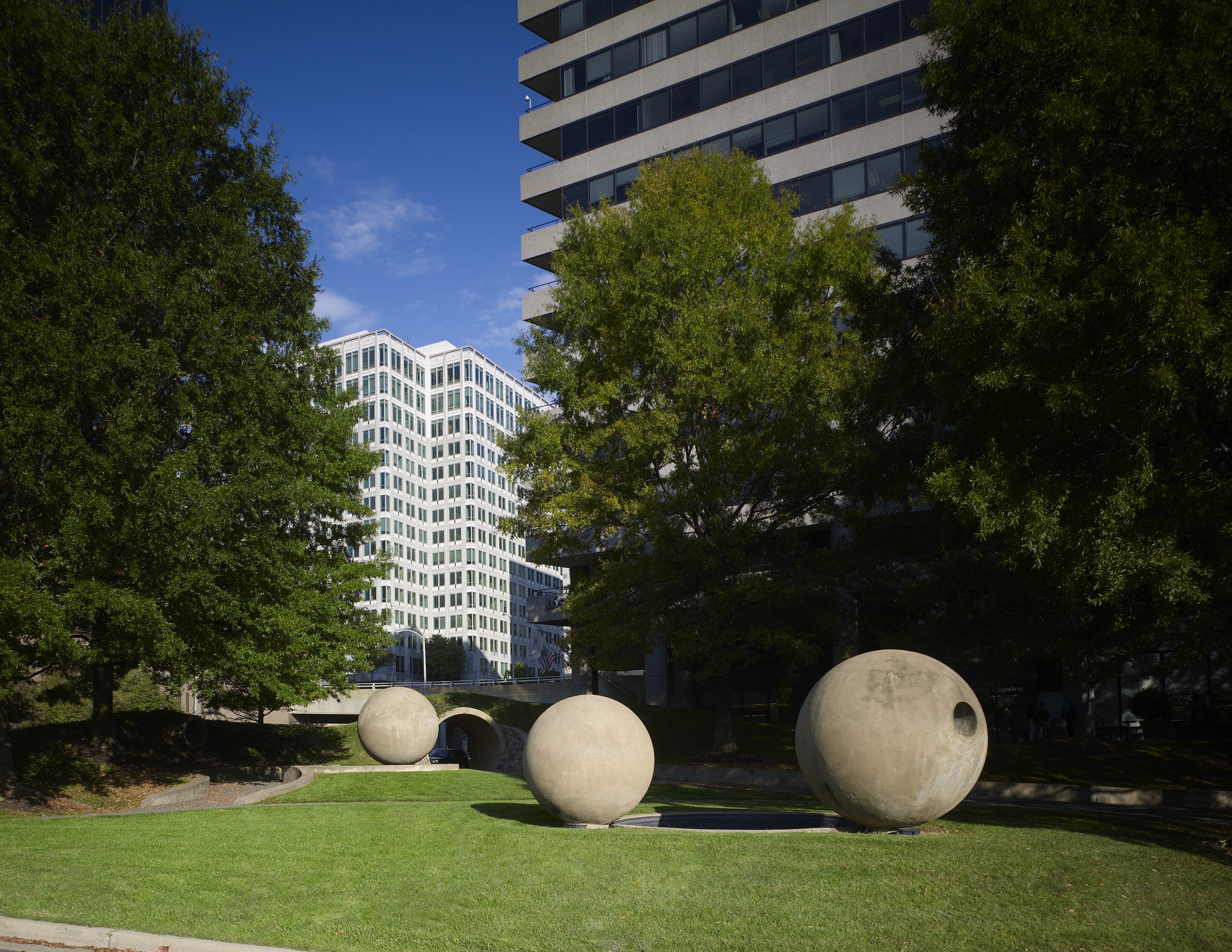