It may be one of the nation's smallest municipalities, but The Little City is big on dining options.

Occupying just 2.2 square miles, “The Little City”—a nickname that’s actually trademarked—is home to dozens of locally owned restaurants with menus ranging from authentic Neapolitan pizza (overseen by a French chef, no less) to souvlaki to Venezuelan street food and beach-style fish tacos. On Saturdays, neighborhood chefs offer dishes and cooking demos at the sprawling, year-round farmers market, where foodies can find everything from fresh crabs and crepes to Virginia wines. Here are our top 11 stops—all within easy walking distance of one another. 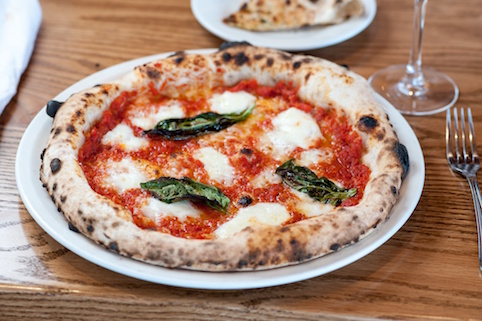 ​This restaurant’s pizzas are the real deal, and they have the paperwork to prove it. Orso’s pies have been certified by the Italian Associazione Vera Pizza Napoletana, and French (!) chef Bertrand Chemel’s team oversees a volcanic brick oven that yields beautiful crusts topped with the usual cheeses and meats, as well as cremini mushrooms, ramps, fingerling potatoes—even fried eggs. Don’t miss pastry chef Caitlin Dysart’s creations, including lemon olive-oil cake and citrus-glazed donuts, and be sure to grab a creative cocktail at the cozy bar.  On Wednesdays, select wines are half-price.

Husband-and-wife team Jen Demetrio and Gary O’Hanlon serve dinner Wednesday through Saturday at this bar within a coffee shop. The original café opened in 2015 with breakfast and lunch items, but in late 2016 the couple added alcohol and a limited nighttime menu.  The shrimp-and-cheddar grits burger reminds you that you’re eating in the south, and the meaty burgers are made with a heady blend of short rib, chuck and brisket. Finish the night with an adults-only hard ice cream float—alcoholic root beer, ginger ale, cherry or orange sodas topped with creamy vanilla.

This casual eatery focuses on food from southern climes—fish tacos, crab cakes, fried alligator and Key Lime pie—and is known for its extensive kids’ menu, which includes a tofu taco that even tiny eaters will enjoy. In April, celebrate Beach Fest in the adjacent parking lot with live music and a sandy dance floor. 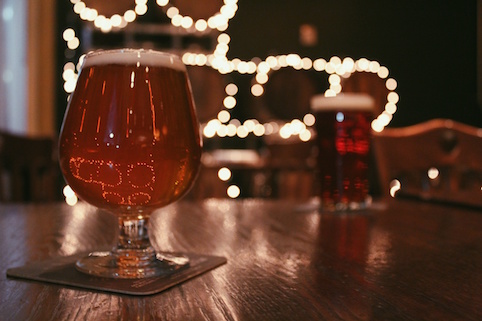 The beer doesn’t get any fresher than at Mad Fox’s production brewery, which shares space with its full-service restaurant and a 63-foot bar. The restaurant has plenty of room for large parties, and annual events—such as the Barleywine Festival, which features 30 hand-picked barleywine strong ales—are always packed. New chef Cameron Cousins plans to roll out a revised menu soon, and owners Bill and Beth Madden are looking to expand distribution of their draft and bottled lines throughout the Mid-Atlantic. 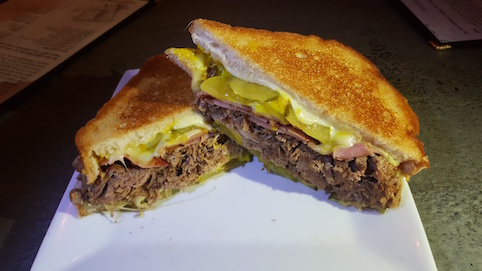 Lary and Erica Hoffman, who also own Arlington beer haunt Galaxy Hut, homed in on their love for grilled cheese when they opened this adults-only funky spot on West Broad Street in 2012. The menu includes 24 taps of craft beer that change daily, 20 signature sandwiches, a create-your-own option with a several vegan ingredients, and every late-night diner’s dream—totchos. Totchos are tater tots covered in cheese and anything else on the menu, from bacon to dill pickles to smoked salmon. (We’d avoid that particular combination, though.) 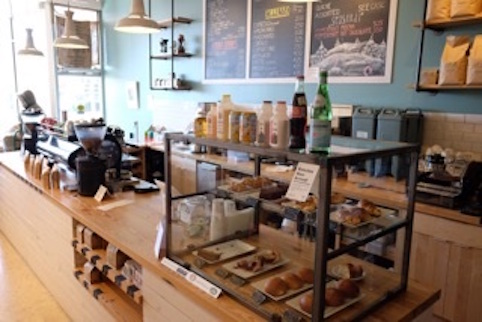 Co-owners Lara Berenji and Bryan Becker sustainably source coffee beans from around the world and roast them onsite at this tiny shop, known for its pour-overs and house-made sauces and seasonal syrups. Since opening late last year, Rare Bird has expanded its hours to seven days per week and plans to add sandwiches to its local pastry menu, already heavy with Czech-style kolaches. Sit at the window with your latte, and people-watch the action on West Broad Street.

This bakery will make you forget all about regular flour. Yes, everything in the store—including a rainbow of macarons, eclairs, cakes and cookies—is gluten-free without sacrificing flavor.  Light meals, including soups, quiches and savory crepes are also available. This is the second outpost for chef-owner Emma Cech, whose original bakery is located in Alexandria’s Del Ray neighborhood. 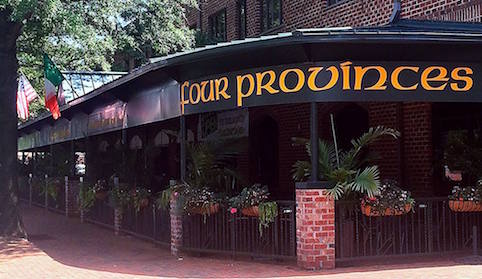 4P’s has been a mainstay in Falls Church City for 20 years, and its massive sidewalk patio on the corner of West Broad and North Washington streets has hosted many happy St. Patrick’s Day celebrations and nights of live music. The main dining room will get a fresh look this summer, but the menu of fish and chips, stew and other Irish classics—as well as the popular Sunday buffet brunch—won’t change.

Dogwood is the Cheers of The Little City, but with better food.  Big plates of crab-stuffed trout and Nashville hot chicken sliders are served alongside Moscow Mules mixed with house-made ginger beer. Along with sports highlights on the TVs that dot the bar, the bartenders have a broad arsenal of local beers and more than 50 bourbons, Scotches and whiskeys. 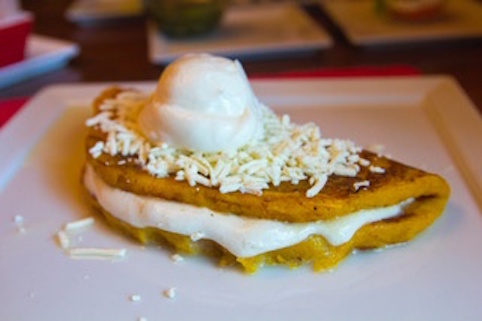 After a decade of making arepas famous in an offbeat dining space within the Stratford Motor Lodge, chef-owner Raul Claros decided in 2016 to focus on his Venezuelan roots and overhauled the menu to highlight—and elevate—Caracas street food. Falls Church City’s diverse population tipped Claros to introduce dishes such as cachapas, corn cakes folded around cheese and topped with a creamy spread, and meaty, saucy pepito sandwiches. Purists take heart: Cheesy arepas will always be on the menu, and no, Claros won’t share the secret recipe that makes them so addictive. 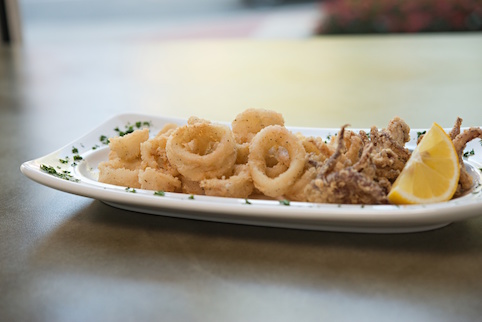 Greek scratch cooking made its way to Falls Church City from the original Vienna location in 2015. Diners come for the spit-roasted gyros and grilled chicken souvlaki, if they don’t first fill up on dips including spicy tyrokafteri—made with feta cheese and peppers—and earthy taramosalata, which blends fish roe, lemon and oil. There also are plenty of gluten-free and dairy-free options on the menu.