Xander Tilock and the Wonders of Drive-Through Theater

When stages went dark due to Covid, the Encore Stage & Studio veteran took his show outside. 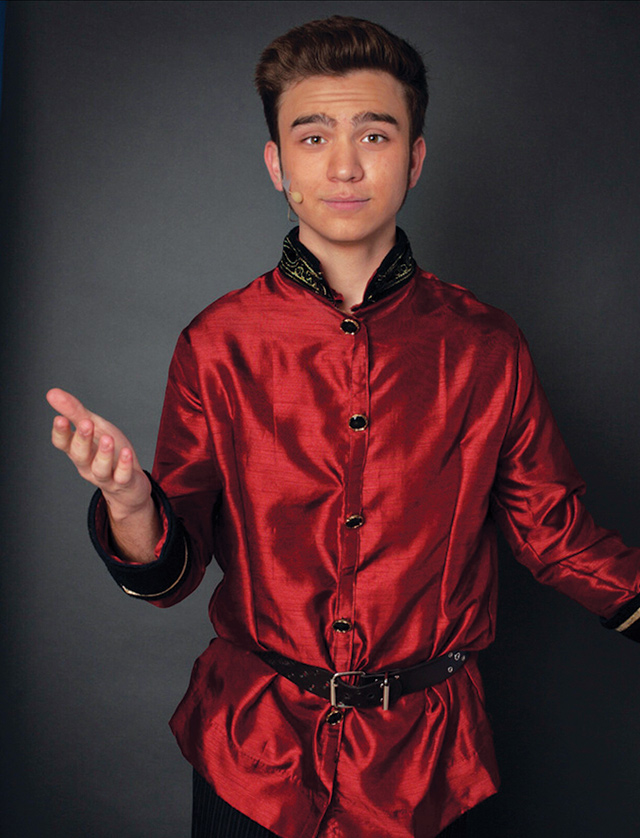 Amid the pandemic, many theater companies resorted to virtual shows or shut down completely. Enter, stage left, Xander Tilock. During quarantine, the Justice High School student (now a senior) decided to write a full-length play,  A Winter Star, in which “winterland” creatures searching for a missing star discover that its magic has been within them all along. Tilock pitched his script to Encore Stage & Studio, an Arlington nonprofit that typically produces eight fully staged shows a year with actors and crew members who are under 18. No stranger to the stage, Tilock has been in 19 Encore productions since 2014. A Winter Star was his second directorial debut.

After receiving a green light from Encore, he launched a crowdfunding site to cover the play’s production costs and raise money for the kids’ theater, whose programs were languishing during Covid’s unwelcome intermission. Social distancing necessitated a different approach, so Tilock staged his production drive-through style in December. Patrons arrived by car at Temple Rodef Shalom in Falls Church and donated any amount they were able to give, then drove from scene to scene, with actors performing in the open air.

Billed as a seasonal holiday show, A Winter Star pulled in more than $12,000. Tilock, 17, says only a small fraction of the funds was needed to cover costume and set costs. The rest went to Encore’s Theatre for All! Fund, which supports the nonprofit’s ongoing mission to offer classes, camps and performance opportunities to all kids, regardless of their economic means.

Riding the wave of that success, Tilock penned another play, Voyager’s Compass, which opened in drive-through form in May at Washington-Liberty High School, with encore performances in July at the Cathedral of St. Thomas More and Lubber Run Amphitheater. It drew more than 530 theater-goers.

“[Encore is] a true ensemble; it feels like a family,” says the teen, who lives in Lake Barcroft and completed an intensive playwriting workshop with Northwestern University this summer. “I feel like I have really grown as a person and leader there. It’s my favorite place to be.”