The negotiations surrounding the upcoming expansion of Virginia Hospital Center are a case in point. It affects the adjacent neighborhoods of Tara-Leeway Heights, Waycroft-Woodlawn and High View Park.

“It’s not a NIMBY thing” (as in not in my backyard), Judah says. “There’s a deep connection to the hospital of the residents around it. All three of my kids were born there.” Judah’s wife works as a physical therapist on the hospital campus that borders their neighborhood. The hang-up, he says, has been about scale. “The design the hospital presented never felt right to the neighborhood. [It] was ginormous.” 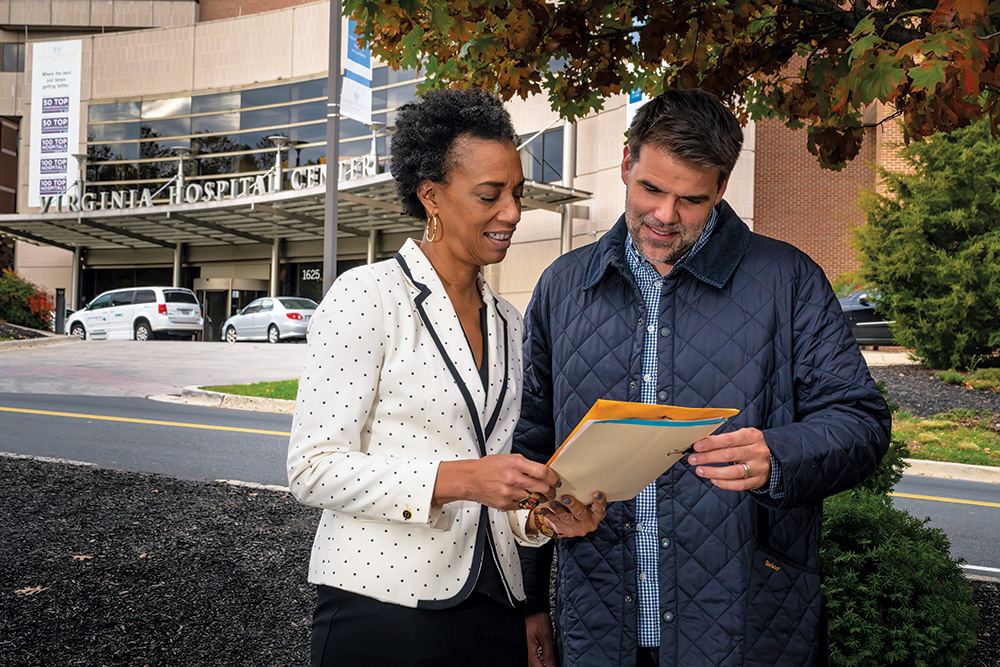 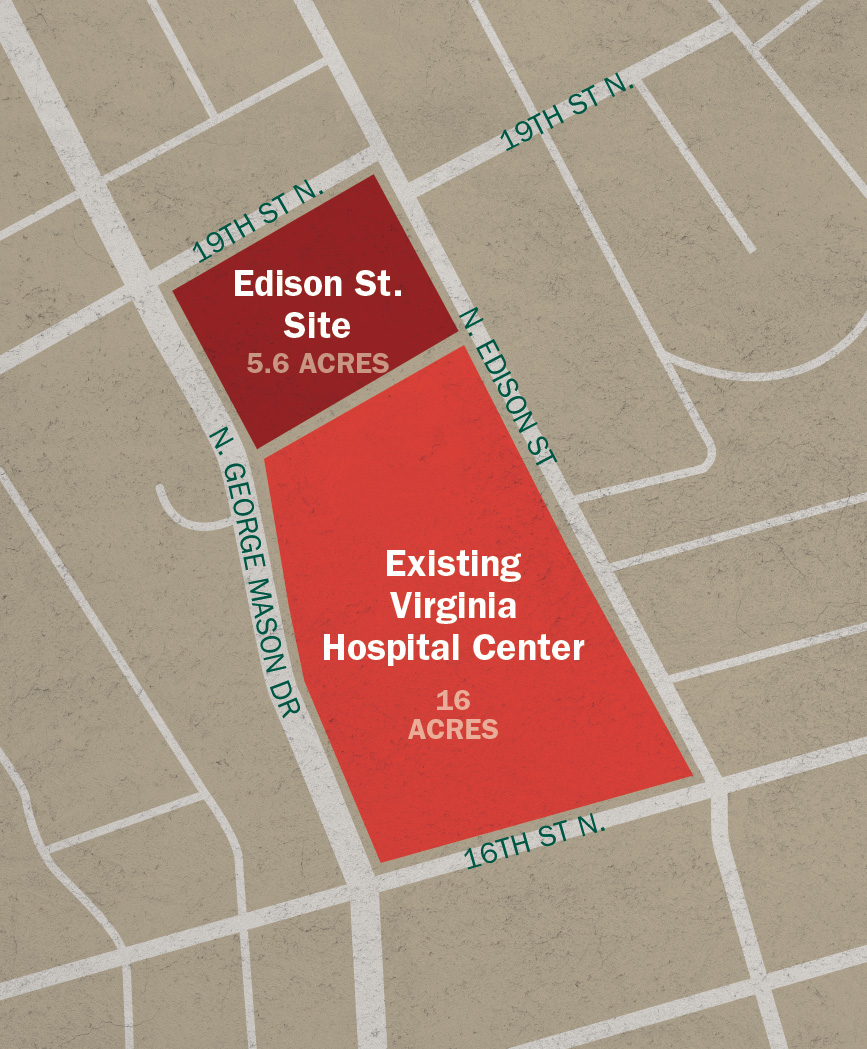 The hospital is in a tight spot—both literally and figuratively. While most other Northern Virginia hospitals (with the exception of Inova Fairfax) have an average occupancy of 59.5 percent, Virginia Hospital Center is at 80.5 percent, says Adrian Stanton, vice president, business development and community relations. “When you are operating that tight…we have to board patients in the ER or in recovery areas when they come out of surgery. That’s not optimal.”

To ease the strain, the hospital in 2015 worked out a land swap with Arlington County to add a $250 million outpatient pavilion and parking garage to 5.6 acres of abutting property at 1800 N. Edison Street. The expansion, Stanton says, will create space for 44 additional inpatient beds (and more in a future phase) and allow the hospital to broaden its mental health services and emergency room to meet county needs. The current ER was built to support 50,000 patients a year. It now handles 70,000.

“It’s tough,” Stanton says. “We have to start first with what’s in the interests of our patients. That might be in conflict with what the surrounding neighbors think is in their best interests.”

One point of contention is that the addition will sit closer to the street than the hospital’s current 16-acre property next door. And it won’t offer the same type of ring road on campus that draws traffic off of neighborhood streets.

That doesn’t sit well with Wilma H. Jones Killgo. She heads the John M. Langston Citizens Association, which covers more than 700 homes in High View Park (formerly Halls Hill), an adjacent neighborhood that was originally founded by freed slaves. The hospital’s preliminary design included a three-story brick wall as a buffer. She says it felt like her neighborhood was being walled in.