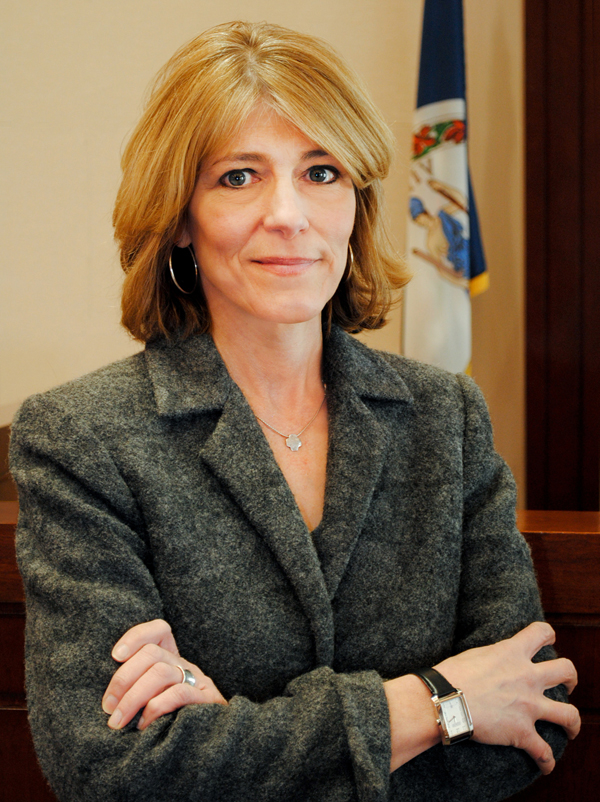 Arlington is a relatively safe place, but Stamos has seen the worst of it. Now serving her second term as Commonwealth’s Attorney for Arlington County and the City of Falls Church, she has prosecuted thousands of cases—from capital murder and sexual assault to domestic violence, robbery and drunk driving. Her focus isn’t solely punitive. Under her direction, the Commonwealth’s Attorney’s office created a salutary drug treatment court that allows defendants who stay sober and engaged to avoid felony convictions for drug possession. It also created Second Chance, a program in which minors can avoid school suspensions and criminal charges for first-time drug and alcohol offenses. Through various leadership positions at the state level, Stamos is at the vanguard of a legal “best practices” movement exploring topics ranging from cash bail reform and marijuana law to officer-involved shootings and prosecutorial ethics. She started her career as a journalist covering the U.S. Supreme Court while earning her law degree from American University.

“I’ve never spoken to a juror who didn’t say that serving on a jury was one of the most profound experiences they’ve had. The system works well in Arlington. Is it perfect? No, but we try. We need more resources for reentry, and for helping victims.” —Theo Stamos