A Sit-In in Arlington 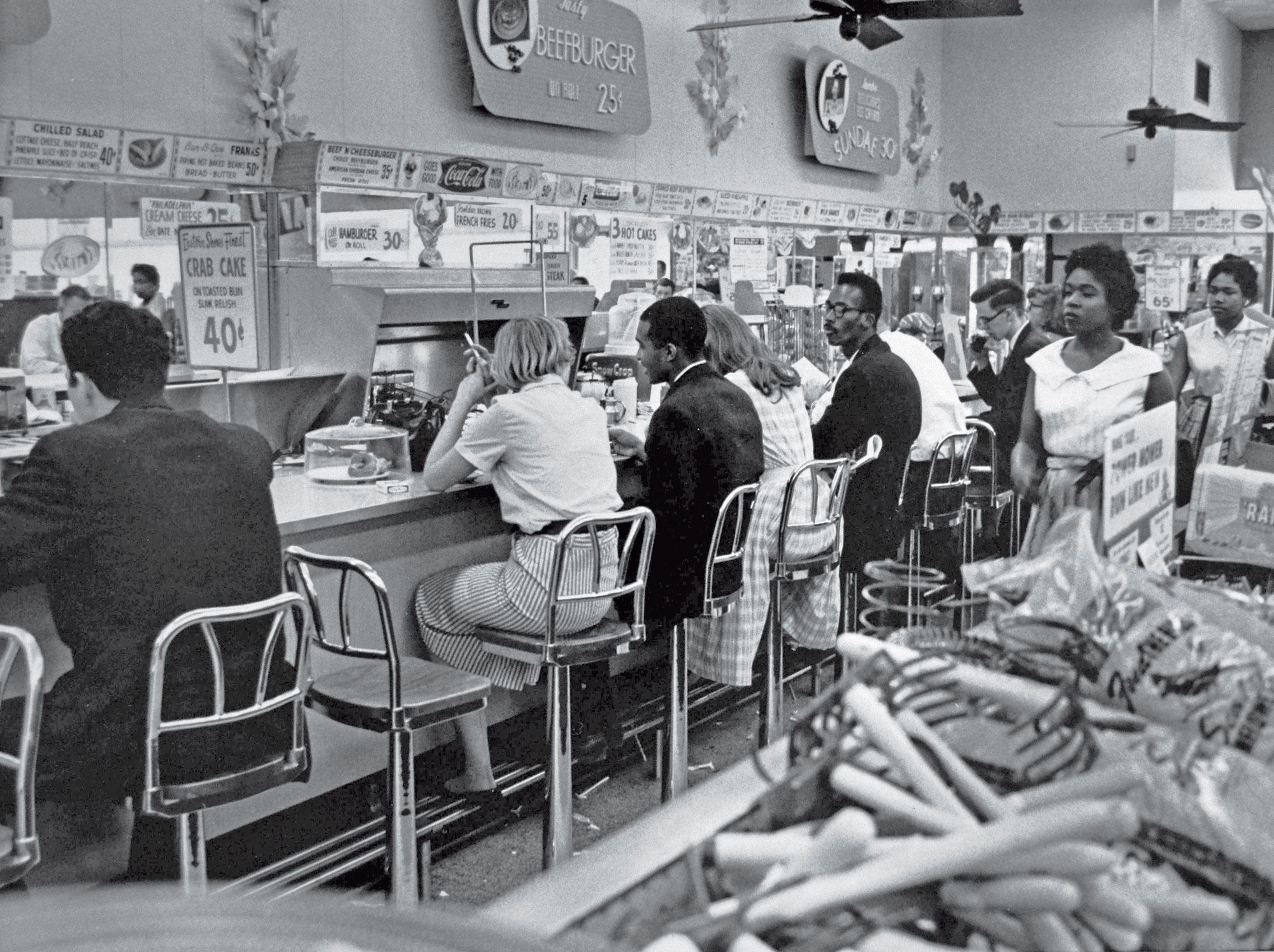 It was an act of resistance that has echoed through the decades. On June 9, 1960, six college students sat at the lunch counter at Arlington’s Cherrydale Drug Fair and were refused service because of the racial mix of their group. Their sit-in attracted onlookers, a few of whom hurled insults and threats—including George Lincoln Rockwell, head of the American Nazi Party, then headquartered in Arlington. But through it all, the protesters remained cool and unflinching. Some passed the time reading the Bible and philosophy books. Their peaceful protest continued the next day, sparking similar sit-ins nearby. Within two weeks, lunch counters across Arlington, Alexandria and Fairfax changed their policies and desegregated.

“This is a bigger crowd than when we left the sit-in,” Mulholland remarked, looking out at the nearly 100 locals gathered in appreciation. Added Jones, smiling: “And much friendlier.”