The local retro rock trio shoots for fun rather than stardom. 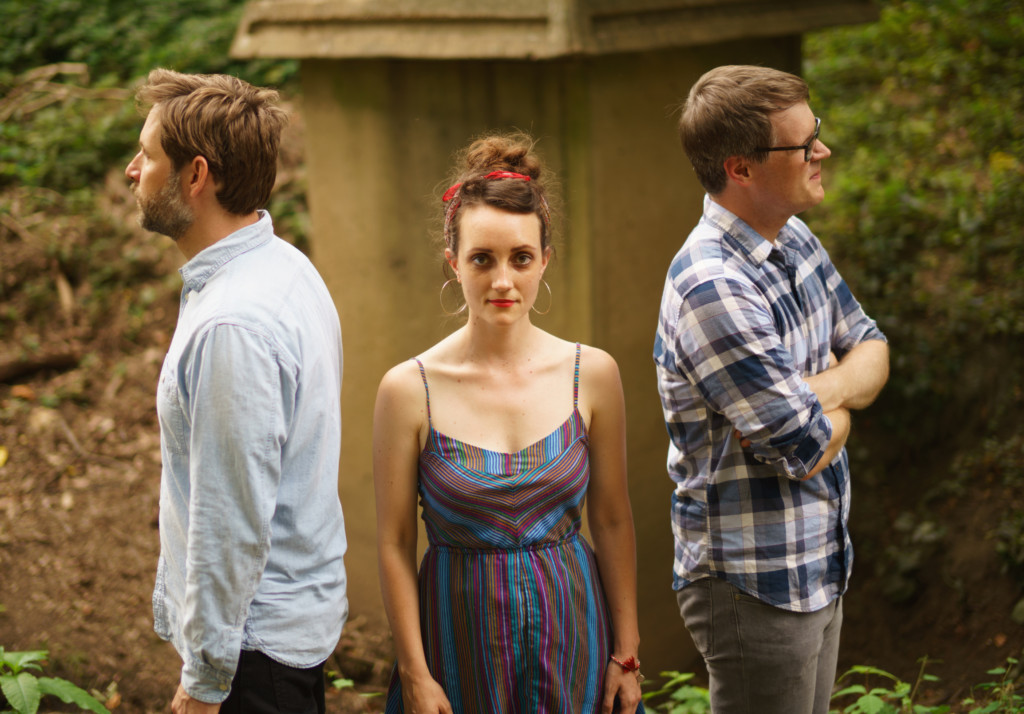 The other day, Laurel Halsey found herself pounding the washing machine in her apartment building.

For the frontwoman of the retro-leaning rock band Bal Boheme, songs—such as her forthcoming “PSA” about cigarette litter—can emerge in unlikely places. But for the most part, she says she has to put in some time at the keyboard to get the ideas flowing.

The trio of 30-somethings—Halsey (vocals, keys), Stephen Russ (drums) and Mat Williams (bass)—formed in early 2017 and dropped their self-titled EP in September. On a recent Tuesday night at Galaxy Hut, they were eager to chat about their burgeoning career over a pitcher of beer and some tots.

Halsey and Russ (who lives in Arlington) connected through a mutual friend and brought on Williams after finding his post on hte D.C.-music networking hub Flashband.

“It’s kind of like making a dating profile,” says Williams, who heard from Halsey (also a member of D.C. band The North Country) about a year after joining the site.

With a name borrowed from a vintage poster Halsey saw at The Looking Glass Lounge, (where all three members say they’ve been on dates with mixed results—there might be a song there), the band began performing at area venues such as DC9 and Velvet Lounge. French for “bohemian ball,” the name was also borrowed by the Arts Club of Washington for costume balls it threw from the 1920s through ’60s. The moniker suits the group’s nostalgic sound. 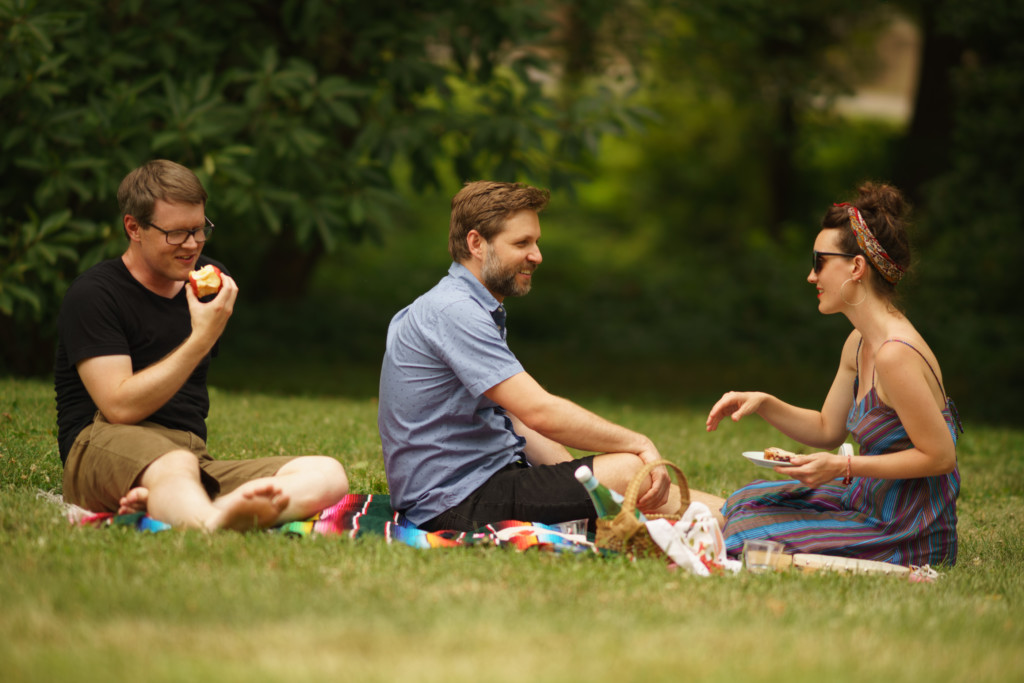 “So Bad,” the EP’s strongest cut, is a doo-wop throwback, with layered “ooh” choruses and quaint lines like, “You can leave your letter in my mailbox.”

“I’ll Be Alright” shows off Halsey’s sharp wit and tough armor. “In the grand scheme of things,” she sings like a contemporary Lisa Loeb, “you’re a blip on my screen.”

After a flirtation with the accordion, which Halsey has played since 2010, the band decided to set it aside in favor of the keyboard. But not before recording the tender and triumphant “Tomorrow,” which Halsey says was written to honor a friend named Morrow, who died of cancer at 29.

“’Tomorrow’ is “a celebration of life, and there’s a lot of key individuals in my life who are no longer here. And that song just makes me think of them,” Russ says.

At several points during our conversation, Russ, the group’s resident comedian, makes cracks about “the curse of Bal Boheme.” In the past year, all three members have suffered injuries, forcing the group to cancel performances and reschedule recording sessions. Russ jokes that the curse even arrived at the Metro on the day of our interview, causing Halsey and Williams, who both live in D.C., to be late.

Indeed, there’s plenty of accidental and purposeful humor to be found as we talk at a flashing arcade table, and it’s not just coming from the episode of Curb Your Enthusiasm playing behind the bar. Russ, endearingly sarcastic, at one point asks Williams to grab him a porter, to which Halsey earnestly responds, “I have a quarter.”

“Laurel wasn’t sheltered per se,” Russ says of his band mate, who grew up in Irving, Texas, not far from Williams’ hometown. She “grew up on a different planet,” he says, waiting a beat, then adding… “where Motley Crue didn’t exist.”

So for a band so chummy, do they ever have disputes?

Russ nearly spits out his beer. Yes, he says, but it’s usually about creative differences. “We understand that what we’re doing is for fun,” he says, noting that his previous nine years with The Fire Tonight, a band that was regularly touring and recording, was sometimes “a grind.”

Bal Boheme is in no hurry. They’re hoping to do a regional tour and release another recording sometime in 2019, without the pressure of deadlines. They’re playing D.C.’s Dew Drop Inn on January 10, and will add some new show dates soon. For now, they’re just enjoying the party.

50 Local Bands and Musicians You Should Know