Others view Lee as a more complex and nuanced historical figure, driven by cultural allegiances at a time when politics was very states-oriented.

“One must consider the entire man,” says Fleming, Class of ’75. “The historic contention of the past 150 years is that he entered the war to protect his family, friends, neighbors and the state of Virginia.”

Johnathan Thomas, Class of ’78, a past president of the Arlington Historical Society, holds a similar view. “Some find the name controversial because they want to believe Robert E. Lee was a traitor,” he says. “Personally, I think that is ridiculous. His devotion to his family and state was stronger than to a relatively new Union.”

W-L was built six decades after the Civil War, at a time when many roads, landmarks and public buildings—even in the north—were being named after Confederate figures as a gesture toward reconciliation and reunification. (In 1922, Route 1 in Arlington was officially renamed Jefferson Davis Highway by an act of the Virginia General Assembly.) These political olive branches did not consider how such tributes might be perceived by the descendants of slaves. Some historians now interpret them as a less than subtle form of institutionalized racism. And to many county residents, the persistence of those names today reads like a lingering nod to Jim Crow.

When W-L opened in 1925, Arlington’s landscape was racially divided. Most black families lived in African-American neighborhoods such as Nauck, Hall’s Hill and Arlington View. In the 1930s, a “segregation” wall was even built as a physical barrier between Hall’s Hill and Waycroft-Woodlawn, the white neighborhood next door. Between 1910 and 1940, the county’s black population (“negro,” as described by the Census) fell from 26 percent to 9 percent.

By the late 1950s, however, Arlington was shifting in the wake of the Supreme Court’s Brown v. Board of Education decision. On Feb. 2, 1959, Stratford Junior High was, by many accounts, the first public school in the state to desegregate. (Named after Lee’s birthplace, the building currently houses H-B Woodlawn.) W-L followed suit in September of that same year, becoming one of the first high schools in the Commonwealth to welcome African-American students.

Michael Jones was one of the first four students to desegregate Stratford, and he went on to graduate from W-L in 1964. Looking back, he says, the name above the door wasn’t the most pressing concern: “We were worrying about getting a good education and ending segregation. The name of the place was way down on our list.”

That doesn’t mean he was (or is) comfortable with the name of his alma mater. “It’s honoring the past,” says Jones, who now lives in Sterling. “But the past wasn’t good for all people.” 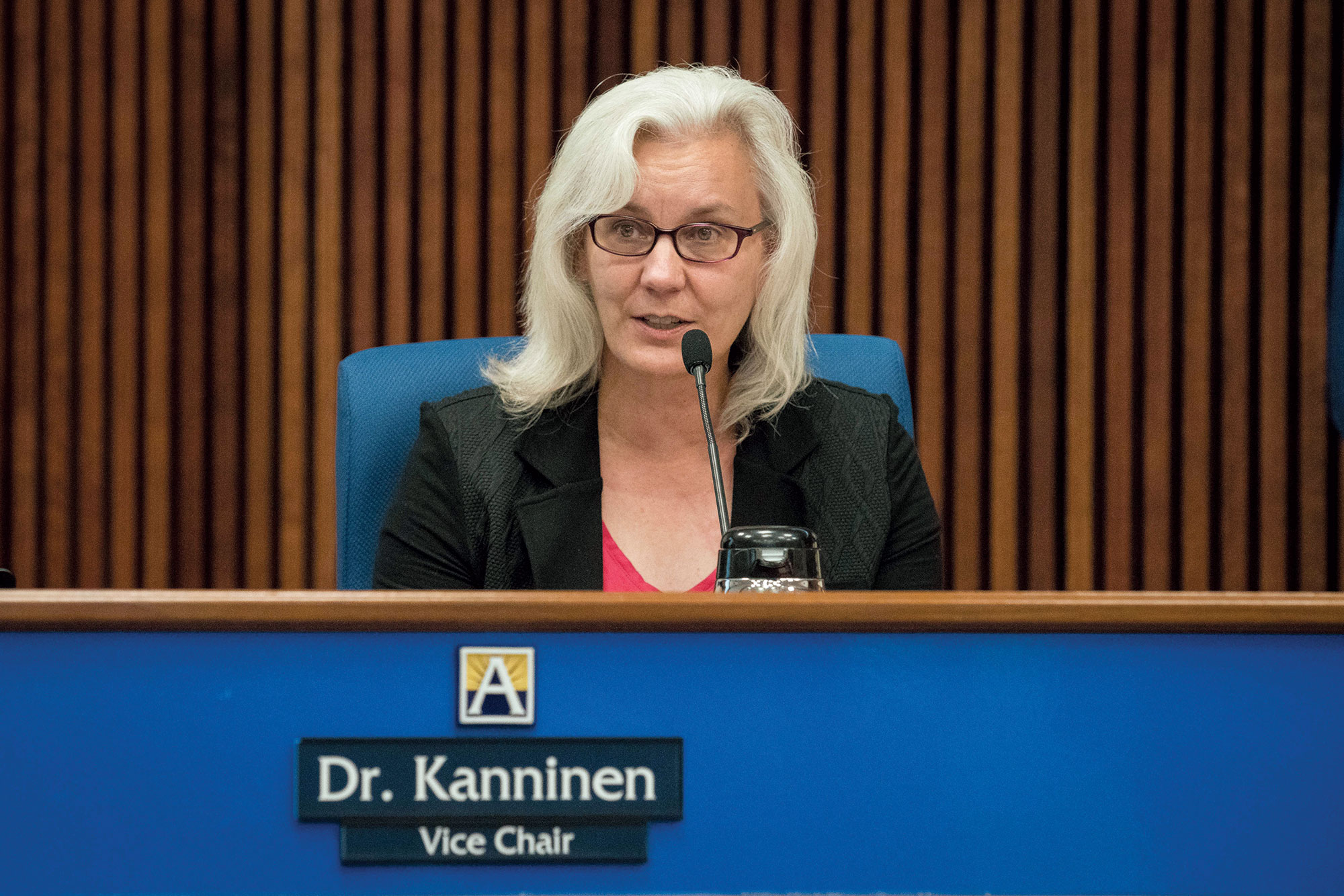 This isn’t the first time the school’s name has been called into question, says James Lander, who served on the Arlington school board from January 2010 to December 2017. “Every year, we got letters from community members about Washington-Lee and other names in the community that they wanted to change. People have always been conscious of it.”

But this time is different, he says. There’s momentum.

Kanninen, who completed her tenure as board chair in July (she remains a member of the school board), acknowledges that the violence in Charlottesville was a catalyst, but asserts that the name change is overdue. “There’s no question that [Lee’s] principal legacy was the leader of the Confederate Army, which fought against the United States of America to support the institution of slavery,” she says. “We literally have students in our schools today whose ancestors he fought to keep in bondage. By definition, that’s not the inclusive message we want to be sharing with our students.”