Whether you are looking for a book to curl up with or something to gift this holiday season, there’s something for everyone to read. 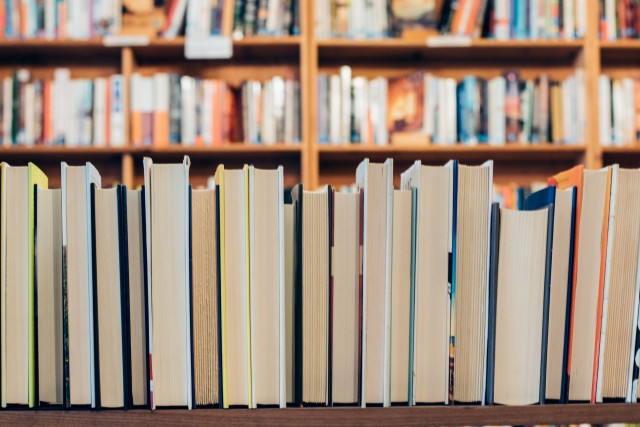 Determining a list of the best books of 2021 is always incredibly hard, but that doesn’t stop us from trying. Here are some of our favorites that came out this year, from best sellers to hidden gems. There’s something for everyone on this list, whether you’re looking for something to curl up with on these long, cold nights or something to give as a gift this holiday season. 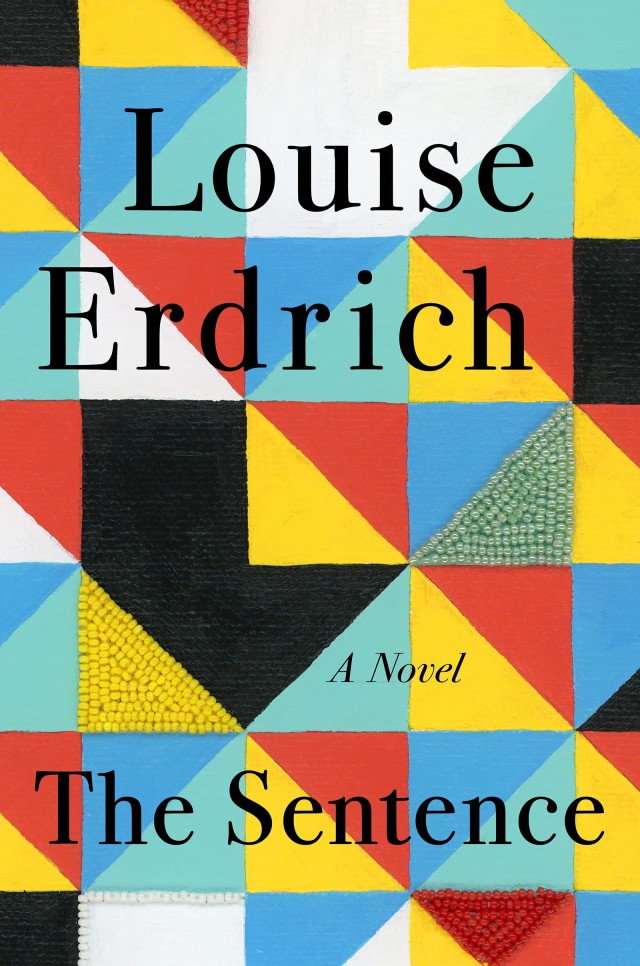 The Sentence
By Louise Erdrich

Recently released from prison, Ojibwe member Tookie gets a job at Birchbark Books (Erdrich’s real-life bookstore in Minneapolis). There, she must deal with Flora, an annoying customer who claims dubious Native heritage. After her untimely death on November 1, 2019, Flora’s ghost haunts the bookstore during a tumultuous year marked by the start of the COVID-19 pandemic and protests after the murder of George Floyd. Full of humor and sorrow, it deals with ghosts both literal and metaphorical in an unforgettable year. // Library catalogue link here 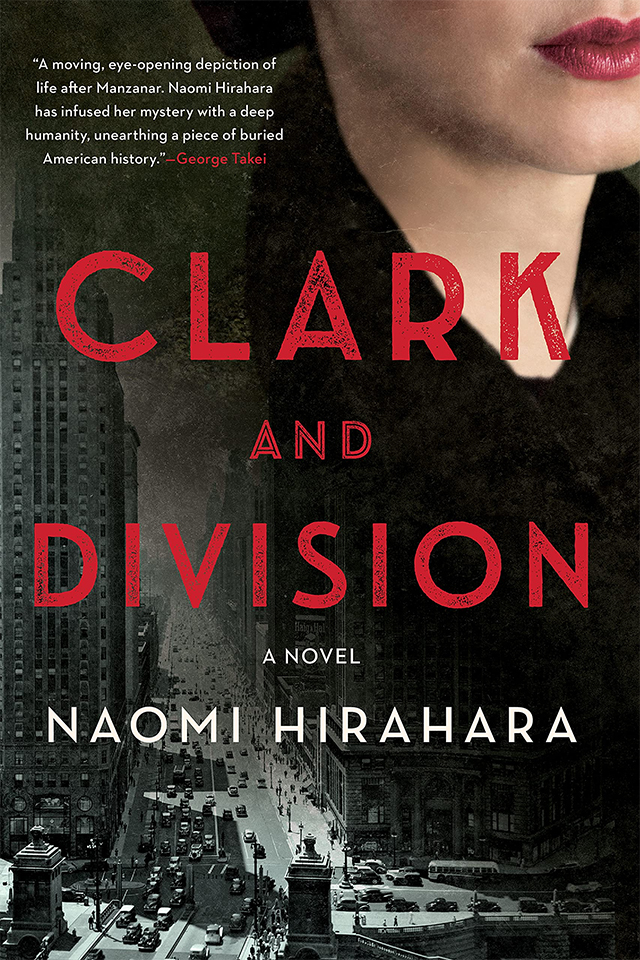 Clark and Division
By Naomi Hirahara

After being interned at Manzanar for two years, Aki and her family are relocated to Chicago to join her older sister, Rose, and the growing Japanese American community. However, when they arrive, they learn that Rose was recently killed in an accident with a subway train. The police rule Rose’s death a suicide, but the circumstances don’t make sense to Aki, so she sets out to investigate how her sister really died in this detail-rich and atmospheric whodunit. // Library catalogue link here

When his consciousness is uploaded into his company’s internal Slack channels, Gerald finds his productivity has greatly increased, but his reality becomes more and more absurd. If nothing else, it’s incredibly hard to find a coworker who will check on his physical body when everyone assumes he’s just abusing a generous work-from-home policy.  Told entirely in Slack conversations among the various office workers, this hilarious (virtual) workplace comedy also raises some interesting questions about work and reality that may hit a bit close to home to teleworkers who have a hard time fully logging off at the end of the day. // Library catalogue link here 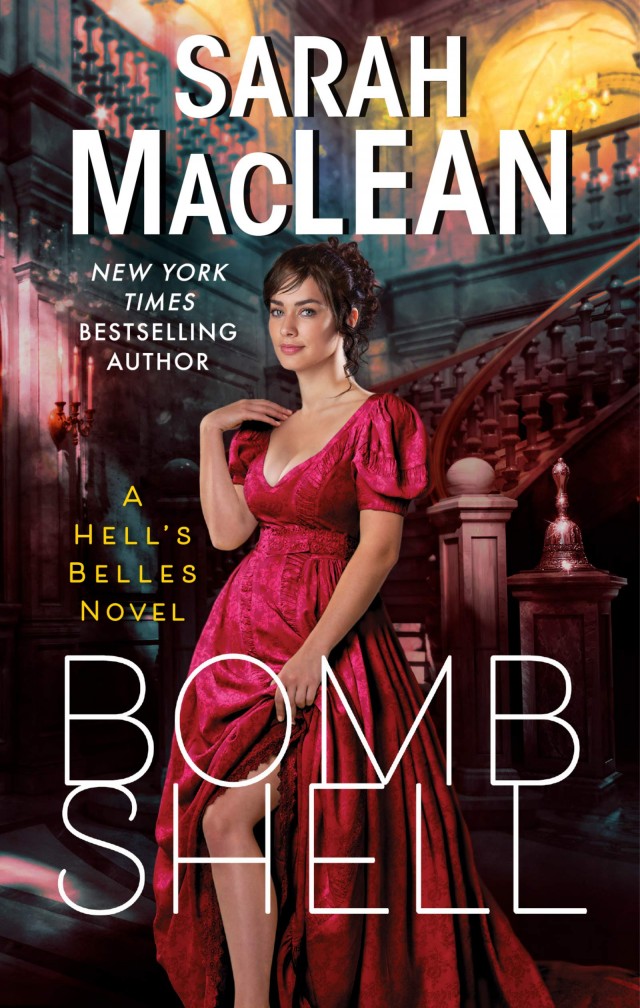 Sesily Talbot says she doesn’t mind her reputation among Victorian London society. Being thought of as a walking scandal does allow her certain liberties that she, along with the rest of the Hell’s Belles, use to exact revenge on the men in society that everyone whispers about, but doesn’t do anything to actually stop. But when Caleb Calhoun returns from Boston years after breaking her heart, he quickly sees that Sesily is up to something. Full of nail-biting action, passion, and great humor, MacLean’s latest series opener shows why she’s a fan favorite. // Library catalogue link here 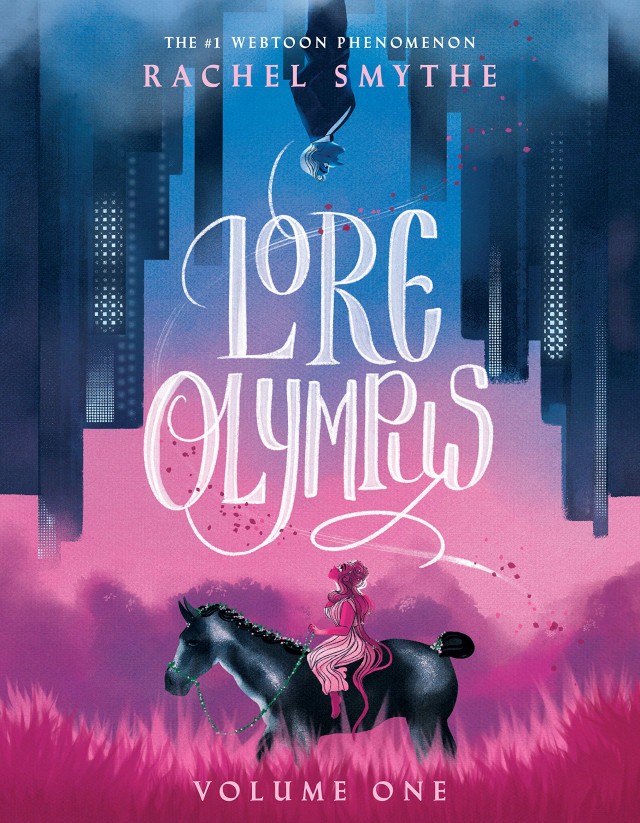 Raised in the mortal realm, Persephone is excited to join the glitz and glamour that infuses Olympus. After meeting the aloof Hades, she finds herself struggling to navigate the politics and gossip of the Gods, all while also trying to understand and control her own powers. Collecting the first half of the wildly popular web comic, this is a sultry and electric modern take on the classic myth. Volume two is expected this summer. // Library catalogue link here 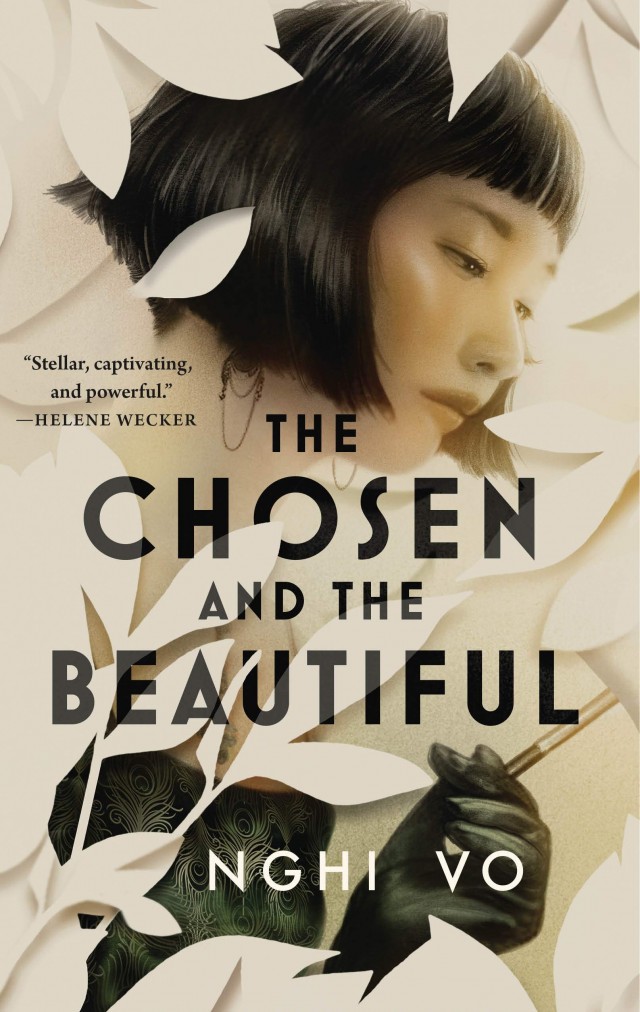 The Chosen and the Beautiful
By Nghi Vo

Jordan Baker spends the summer of 1922 competing in golf tournaments, visiting secret clubs, and getting involved with her best friend’s cousin, Nick. But when Nick’s neighbor, Jay Gatsby asks Jordan to help facilitate a reunion between him Daisy, it sets off a fatal chain of events.  In Vo’s lush take on The Great Gatsby, she further examines Fitzgerald’s themes of class, loneliness, and the American Dream, brought into even sharper relief by Jordan Baker, whom Vo recasts as a queer Vietnamese orphan. // Library catalogue link here 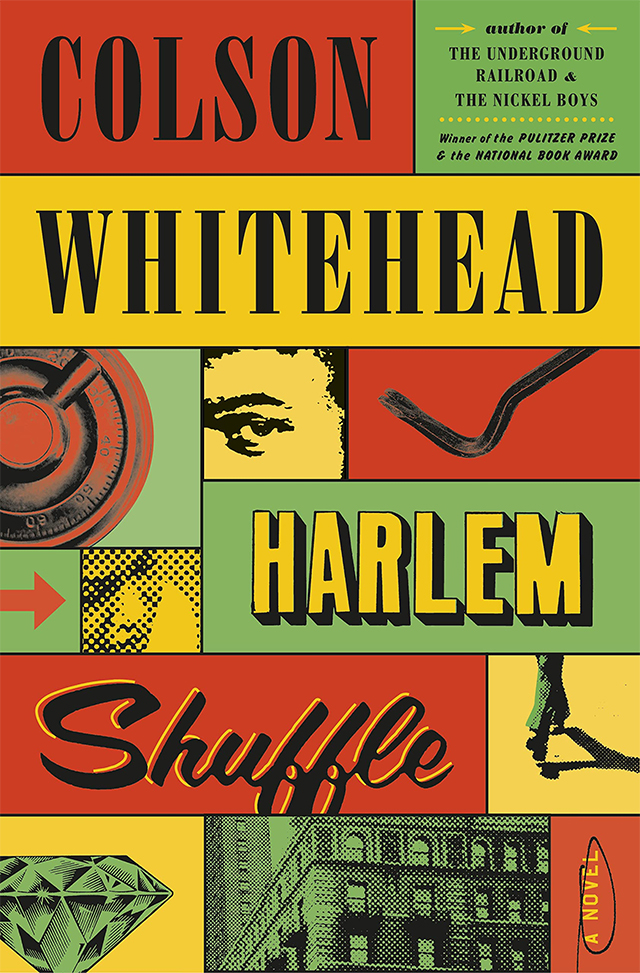 Whitehead’s books cover a wide range of genres and styles, and now he turns his pen to a heist novel set in 1960s Harlem. Ray was raised by a crook and has tried to go straight by running a furniture store, but the life he left behind isn’t done with him—especially as his cousin Freddie keeps getting him mixed up in his own petty crimes. Then Freddie approaches Ray to be a fence for a giant jewel heist, and that’s where everything goes wrong. Filled with a wide array of colors and a nuanced portrait of New York City, this sizzling thriller is sure to delight. // Library catalogue link here 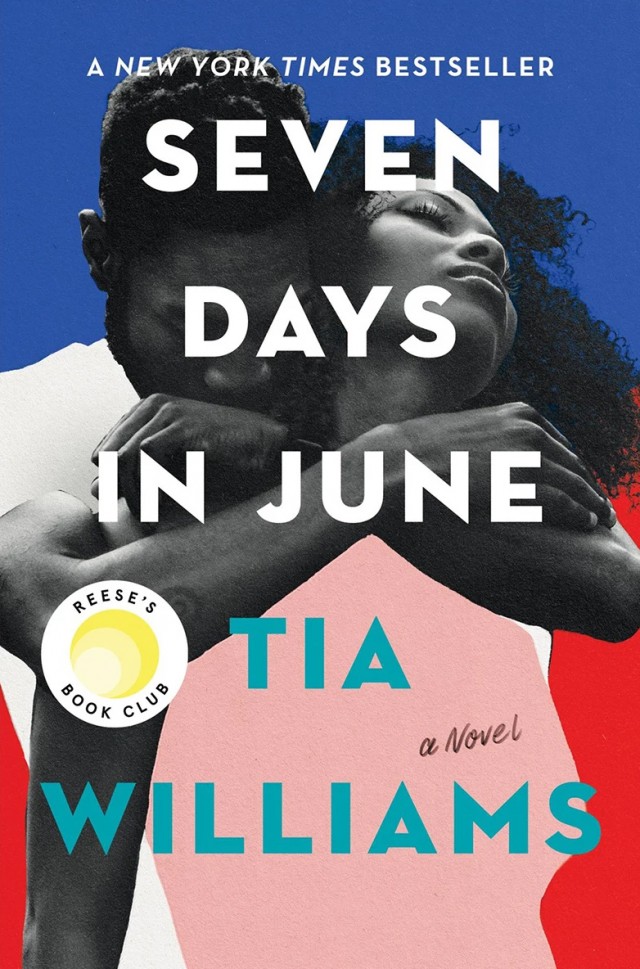 No one would guess that the romance novels written by Eva Mercy and the literary fiction by Shane Hall were in conversation with each other. But when they both appear on an author panel, everyone can see their chemistry. It isn’t the first time the two are meeting—fifteen years ago they were troubled teens having an intense week-long affair that ended when Shane abruptly left. But now Shane’s back, bringing with him everything Eva has left behind, both the good and the bad. // Library catalogue link here 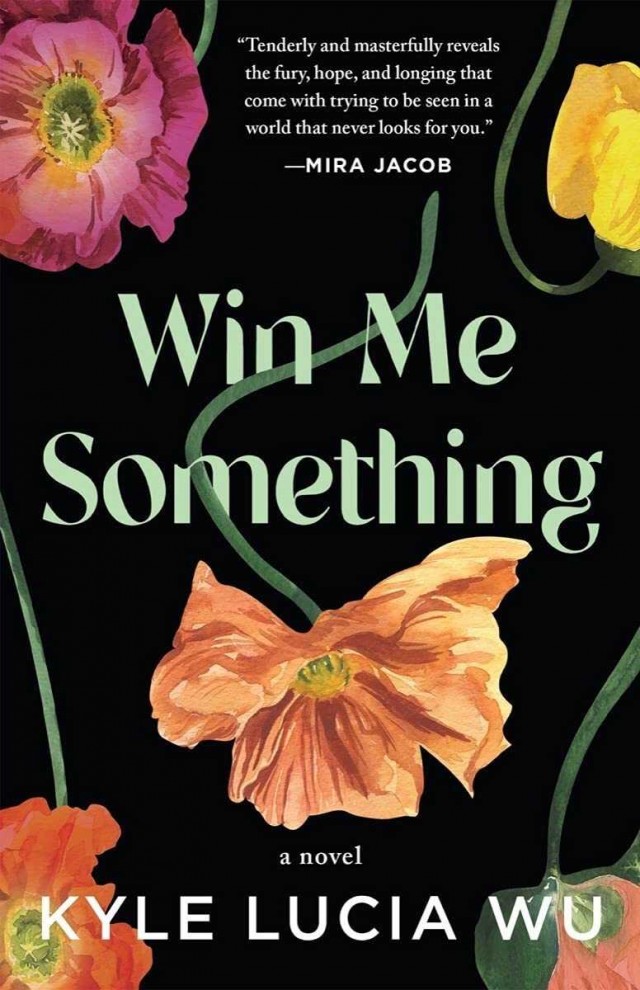 Win Me Something
By Kyle Lucia Wu

Willa has never felt like she fits in or belongs anywhere, especially after her parents remarry and have children with their new spouses. In her mid-20s, floundering after college, Willa takes a job as a live-in nanny for a rich family in Tribeca in New York City. Over the course of a school year, as she integrates into their life, she mistakes her sense of being professionally needed as a sense of finally personally belonging. Gorgeously written short vignette-like chapters are infused with the unbearable ache of profound loneliness and subtly examine family, belonging, race and class, as Willa tries to find a professional and personal place for herself. // Library catalogue link here 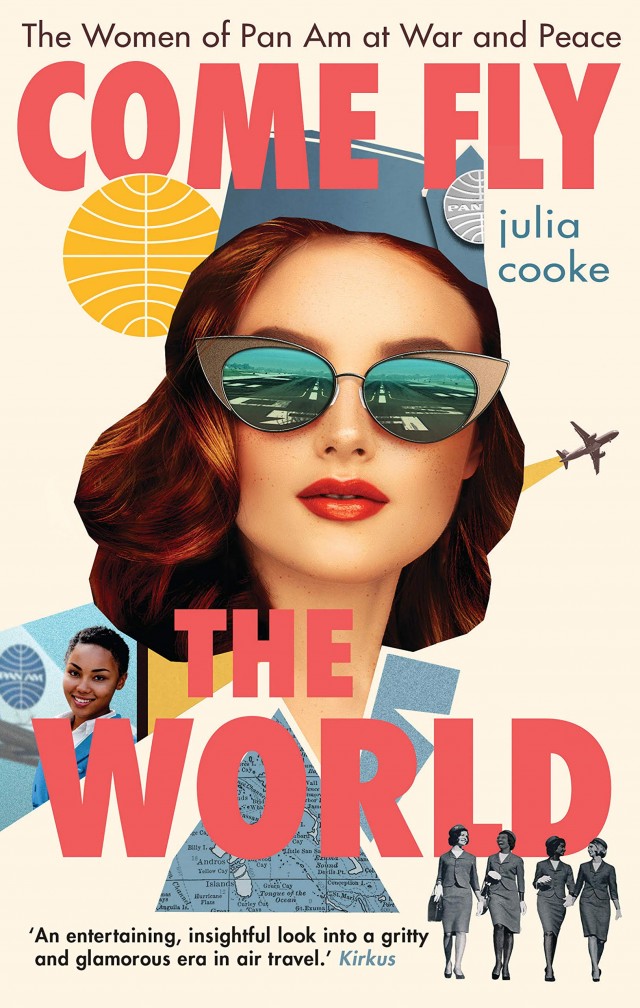 Come Fly the World: The Jet-Age Story of the Women of Pan Am
By Julia Cooke

This book offers a fascinating look at the opportunities working for Pan Am offered women in mid-20th century. Following the stories of several of Pan Am’s stewardesses, Cooke details how working for the airline let them travel the world and gain more freedom than many of their contemporaries. But coupled with the excitement of world travel and free living, Pan Am’s global reach often put their flight staff in the middle of geopolitics. You can read the details in the stories of the stewardesses, such as the situation in which they tried to protect passengers during an onboard coup, and the role the airline played in offering R&R flights to those fighting in Vietnam. // Library catalogue link here

Originally an issue of The New York Times Magazine, the 1619 Project was a series of essays examining the legacy of slavery has played in American history and culture. It immediately became a lightning rod for debate. This new book significantly expands the project by reprinting the original essays. It also adds several new ones, as well as poems, works of fiction, and archival photos to further our understanding of our history and our present. // Library catalogue link here 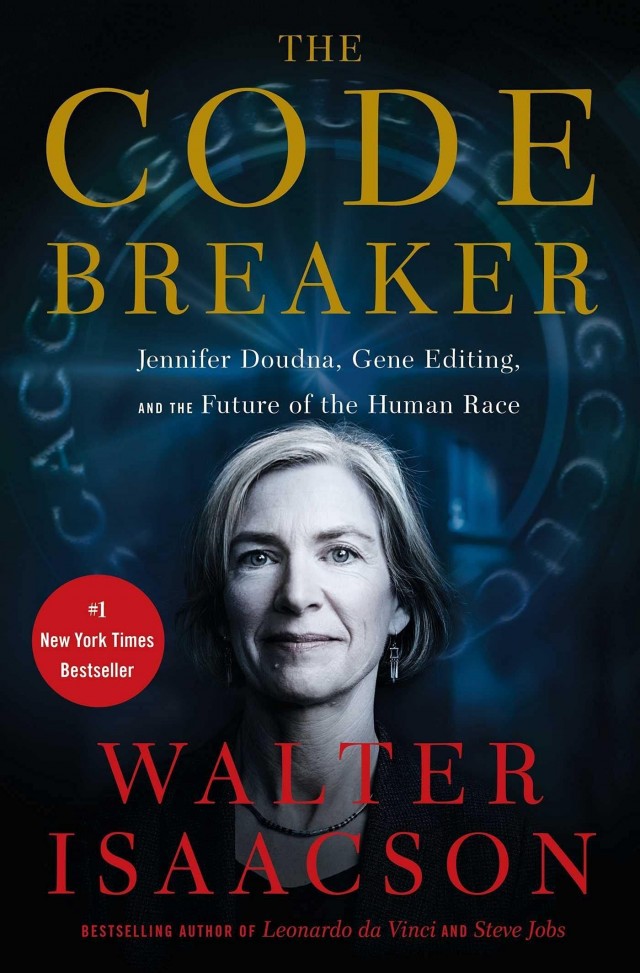 Code Breaker: Jennifer Doudna, Gene Editing and the Future of the Human Race
By Walter Isaacson

An exhilarating look at the work of Jennifer Doudna, the scientist who won the 2020 Nobel Prize in Chemistry for her work in developing the CRISPR gene-editing technology. In addition to looking at her life, Isaacson presents an interesting look at the scientific conflicts between academics and industry, and the possibilities and conflicts that gene editing presents. // Library catalogue link here 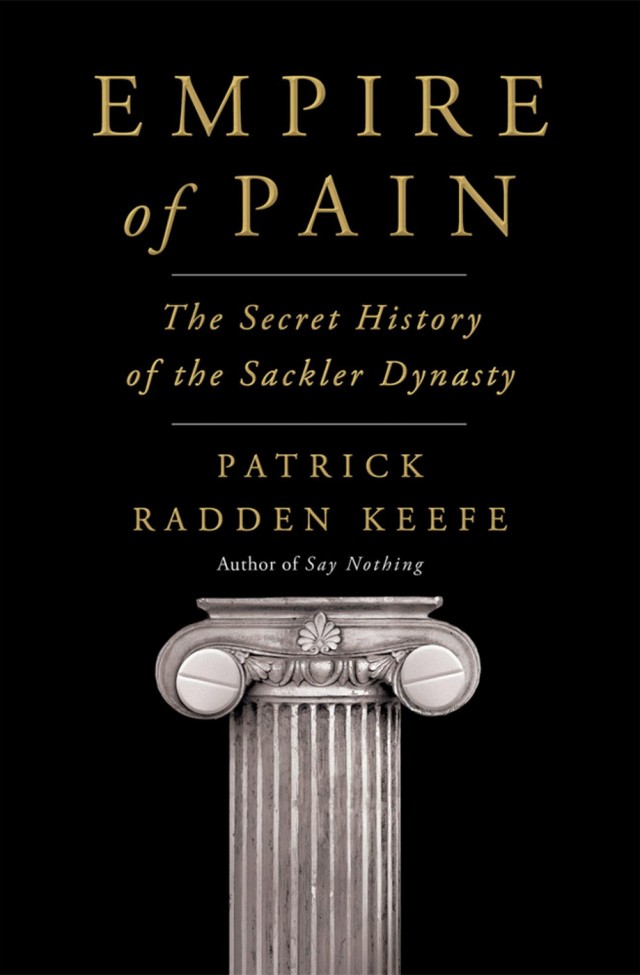 Empire of Pain: The Secret History of the Sackler Dynasty
By Patrick Radden Keefe

An explosive exploration and condemnation of the Sackler family whose pharmaceutical company, Purdue Pharma, created OxyContin and helped fuel the opioid crisis. Following the family for generations, it examines the dark side of the American dream as the Sacklers gave away money to put their names on museums and universities around the globe, but never the company that was making them one of the richest families in the world. The already chilling tale then takes an even more disturbing turn as Keefe details the lengths the Sacklers went to as they tried to intimidate him to silence. // Library catalogue link here 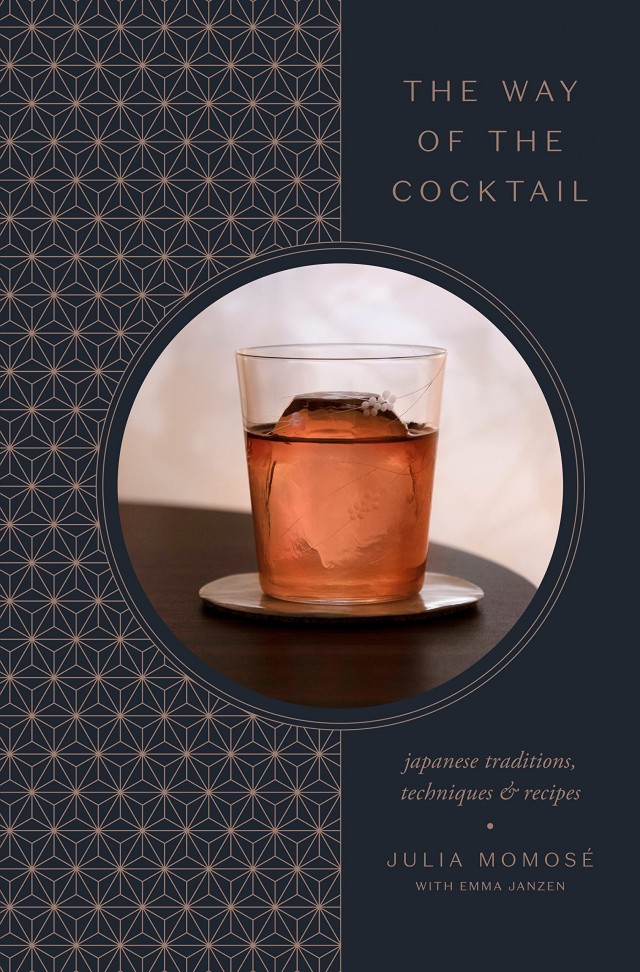 The Way of the Cocktail: Japanese Traditions, Techniques, and Recipes
By Julia Momosé with Emma Janzen

Japanese cocktail culture is having a moment here in the US, led by bars like Momosé’s Kumiko in Chicago. Momosé includes her own biography as well as a history of the cocktail in Japan and cultural notes on Japanese eating and drinking culture. The highlight, of course, is the recipes for some of her takes on classic drinks and her original creations that highlight seasonality and Japanese ingredients (there’s a list of websites to buy ingredients you won’t be able to find that the ABC store) Including recipes for non-alcoholic drinks as well, there’s something for everyone in this beautiful guide. // Library catalogue link here 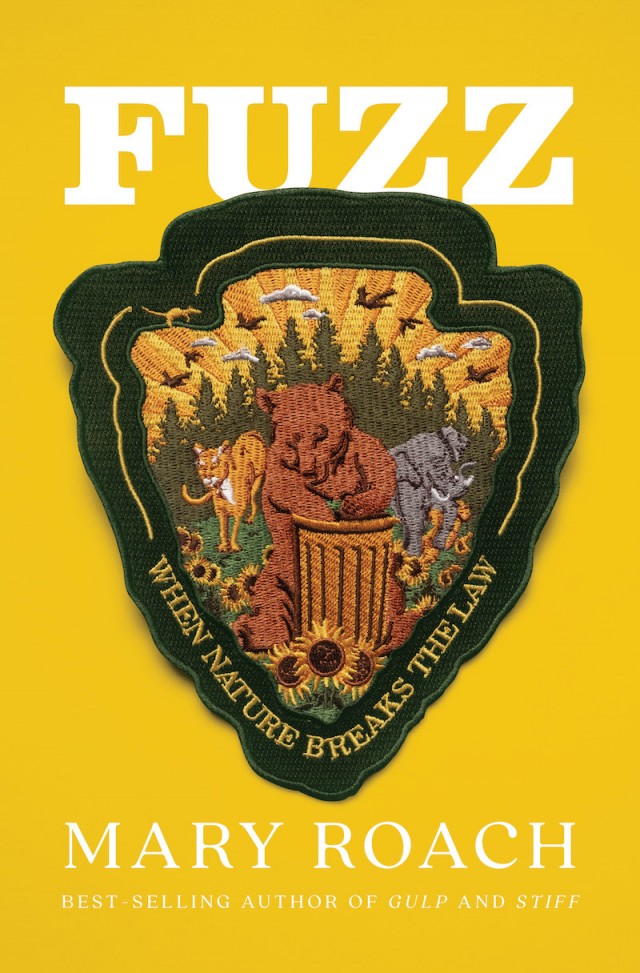 Fuzz: When Nature Breaks the Law
By Mary Roach

What, exactly, can the law do when the criminal in question is an animal? Roach’s in-depth research and sense of humor have made her previous titles best-sellers and now she looks at what happens when interactions between humans and animals have legal consequences. From animal-attack forensic experts to Vatican staff, Roach talks to wide range of experts around the world to examine how animals and humans co-exist, peacefully and otherwise. // Library catalogue link here 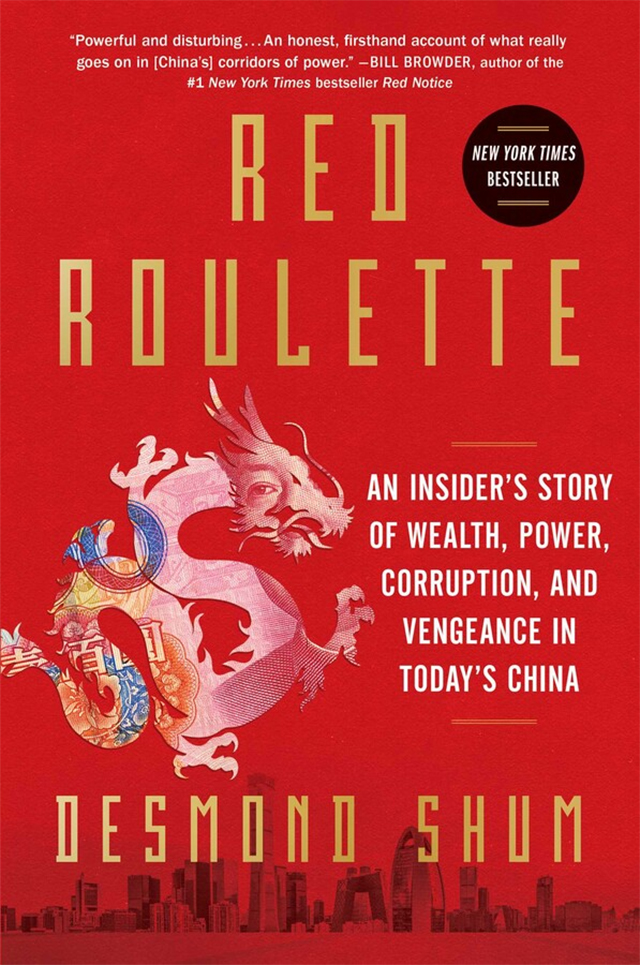 In 1997, inspired by the booming Chinese economy, Shum and Whitney Duan became business partners and started investing heavily in real estate. The two then later married as their business dealings, helped by political connections, made them billionaires. Even after their divorce, they continued their business partnership until Duan disappeared in 2017. Shum suspected that Duan was just one of the many prominent businesspeople arrested as part of Xi Jinping’s crackdown on corruption. His suspicions were proven accurate when she was suddenly allowed contact with the outside world after four years—only to ask him to cease publication of this very book. A harrowing tale of a dramatic rise and fall in the world of Chinese business and politics. // Library catalogue link here

Finding the Mother Tree: Discovering the Wisdom of the Forest
By Suzanne Simard

A leading forest ecologist, Simard’s groundbreaking work shows how trees use underground fungal networks to share nutrients and help each other thrive. It also describes the implications this discovery has on forest management and replanting. Intertwined with the science is her own life story, from initially having her work dismissed as new age and nonscientific, to having Richard Powers base a character in The Overstory on her and her work. An eye-opening and engaging work. // Library catalogue link here

→ Where to Buy Your Christmas Tree This Year