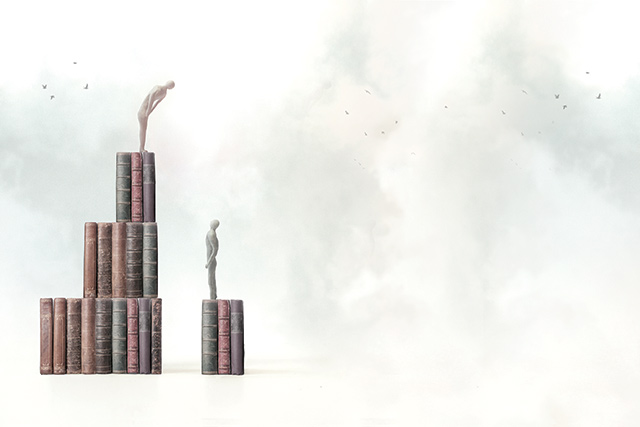 Symone Walker can’t help wondering how her son’s academic experience might have been different had his dyslexia been caught sooner. As a 7-year-old in the Montessori program at Drew Model School (now Drew Elementary), his reading struggles were mistaken for ADHD.

“Arlington Public Schools [APS] offered reading recovery, which doesn’t help a dyslexic kid, and offered him special ed services that allowed him to get by,” says Walker, a lawyer and mom of two. But by middle school her son’s problems were snowballing. Unable to focus, he was getting called out by his teachers for being distracted in class.

A school recommendation to discontinue her son’s special education services is what finally prompted Walker to seek a private diagnosis before he started eighth grade. “His test results showed he was dealing with an orthographic deficiency, making it hard for him to draw conclusions from [word] patterns and make connections. It also impacted his ability to perform written expression and math solutions,” she says. “The tests revealed that he was three to five years—years!—behind grade level. Yet he was bringing home A’s and B’s and honor roll certificates. I thought, How is this happening?”

The answer, she believes, involved a combination of grade inflation and lowered expectations. “Because he was in special education, his teachers expected less from him. They just pushed him up and out. Had I not gotten so deeply involved and sent him for independent testing, I wouldn’t have known how far behind he was.”

Speaking candidly, Walker also wonders if implicit bias (unconscious attitudes, in this case on the part of teachers and administrators) was a factor—if certain assumptions about why her Black son was falling behind may have further derailed his progress.

“I think undiagnosed reading issues are frequently at the root of opportunity gap problems,” says Walker, who co-chairs the Arlington NAACP education committee and ran for the Arlington school board in 2020. “I think Black students are under-identified for learning disabilities.

“The schools are quick to identify behavioral issues,” she says, “but less perceptive when it comes to picking up [processing disorders like dyslexia]. They make assumptions. If you’re a Black kid who struggles to read, the first thing is to place blame on the parent—you don’t read to your kid at home; they watch too much TV. That if you’re Black, you’re automatically poor and you don’t care about education.” 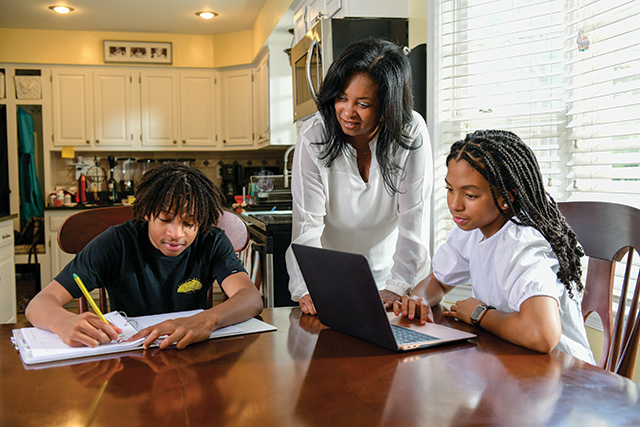 Symone Walker at home with her kids. Photo by Michael Ventura

Implicit bias can be difficult to prove on a case-by-case basis, but it’s hard to ignore the bigger picture. APS data show clear academic discrepancies between white students and Black and Latino students.

An analysis of Virginia Department of Education and APS dashboard data by the advocacy group Black Parents of Arlington (BPA) found Black APS students consistently lagging behind white students in Standards of Learning (SOL) pass rates over a period of three years, often by around 20 percentage points. For Arlington kids enrolled in advanced placement and international baccalaureate classes during the 2017-18 school year, the AP/IB pass rate among white students was 79%, compared with 31% for Black students.

Nearly a quarter of white APS elementary school students were identified as eligible for gifted instruction that school year, compared with only 12% of Black students.

But Black students, who represented only 11% of the APS high school population in 2017-18, accounted for 35% of out-of-school suspensions. Two years later, that trend remained. Black students made up 12% of Arlington high-schoolers during the 2019-20 academic year, but received 31% of suspensions.

“When Black children misbehave, they are singled out for much lesser transgressions and the reaction tends to be much more punitive,” BPA founding member Sherrice Kerns said in a 2020 interview with Arlington Magazine. “There’s a presumption of guilt and criminality of minorities, which undergirds our school system. There’s a fundamental presumption of innocence for white kids that isn’t afforded to Black and Latino children.”

Racial justice advocates once referred to discrepancies like this as evidence of an “achievement gap,” but the terminology has changed. “When we used the term ‘achievement gap,’ it put the onus and the burden on the kids, like it was the students’ fault they weren’t performing well,” explains Arron Gregory, who joined APS as chief diversity, equity and inclusion officer in January 2020. “The term ‘opportunity gap’ puts the onus back on the system, which operates under the shadow of systemic racism and leads to different opportunities for different student groups. Opportunity gaps are created by systems; they lead to academic gaps that predict outcomes by race, gender, disability, class, socioeconomics.”