Come for the Kolsch, Stay for the Schnitzel at Bronson Bier Hall

The new Ballston restaurant replaces A-Town and is poised to open at the end of August. 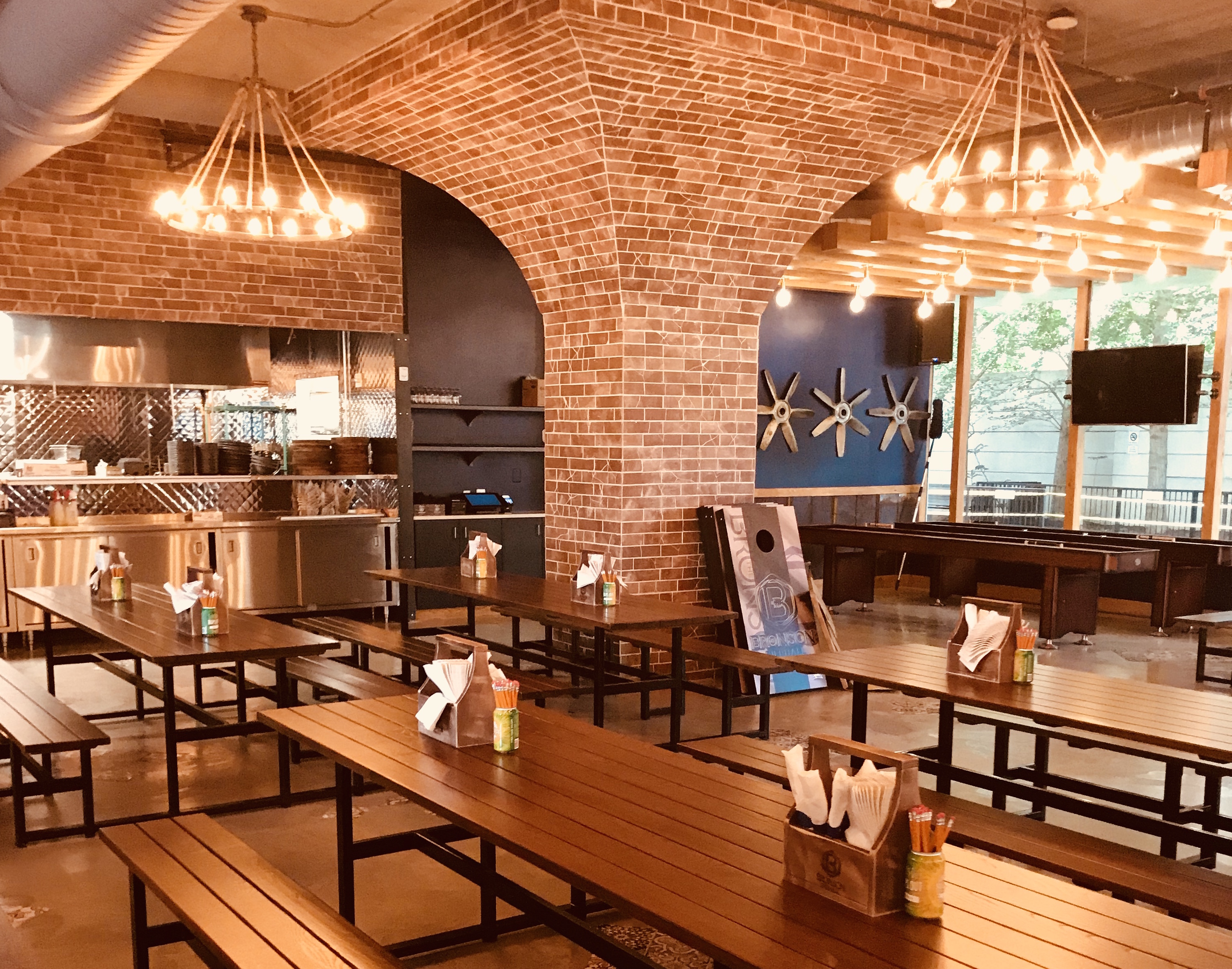 Existing restaurant columns were transformed into arches to contribute to the eatery’s “old-world” feel. (Photo by Eliza Berkon)

Say goodbye to the glossy red countertops, faux wood flooring and vinyl seating. While more than a dozen flatscreen TVs remain, there’s not a whole lot left of A-Town, the rollicking sports bar and grill that occupied a sizeable lot beside a Ballston IHOP for six-plus years.

In its place is Bronson Bier Hall, a 6,000-square-foot lair with rustic chandeliers, rows of picnic tables and a host stand plastered with reclaimed wood from a Maryland farm.

“Sports bars are outplayed,” says owner and chef Mike Cordero. “We looked at the demographics in Arlington, and we thought that a German-style beer hall serving authentic brats and sausage would fit the market, rather than just another sports bar.”

Cordero operates several area restaurants, including Don Tito and The G.O.A.T. in Clarendon; Barley Mac in Rosslyn; and the forthcoming Taco Rock in Rosslyn (expected to arrive in late September). The Bronson is co-owned by Scott Parker, Gary Koh and Cordero’s son Nick, the three of whom are also partners on some of Cordero’s other properties.

After a gutting and major design transformation that came with a $1.3 million price tag, the venue is slated to open at the end of the month. Among its more notable aesthetic features are a copper bar top, arched columns, wooden ceiling beams with Edison bulbs, and made-to-look-weathered concrete floors with imported porcelain tiles.

“It really has an authentic, old-world, German beer-hall vibe,” says Yvette Irene, a New York-based designer who has worked with Cordero on several restaurants (including A-Town) and been featured on HGTV and Food Network. “But it has a couple modern touches to it.” 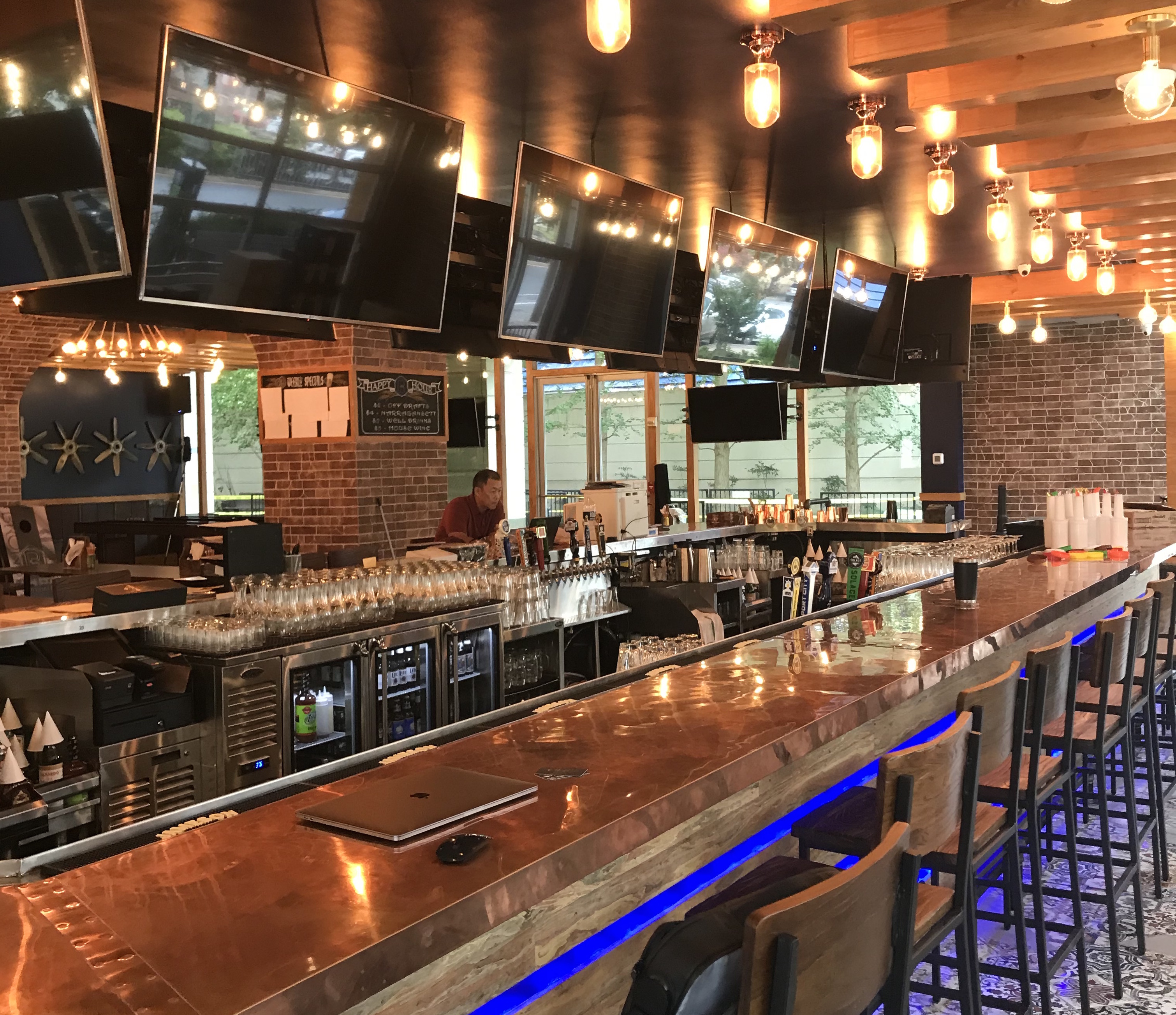 The Bronson, as its logo bills it, carries 16 German and regional beers on tap and another 40 or so in cans and bottles. There’s also a handful of cocktails and 10 wines on the menu, include a healthy amount of Cordero’s own label (yeah, he makes wine too).

The chef, who grew up in the Bronx and worked for decades in Italian restaurants—including his own onetime chainlet of Bravo’s restaurants (its Fairfax location is now another Cordero property, Primetime Sports Bar & Grille)—says he knows a thing or two about making sausage.

“When you are a chef, you can master anything,” Cordero says.

Among the sausage offerings are chicken bratwurst and Spanish chorizo, which are served with German potato salad, sauerkraut and mustard. Other German-inspired fare includes schnitzel and a giant Munich pretzel accompanied by beer cheese. And if you just want some wings or a burger, they’ve got that too.

A few newer additions to the space include an outdoor patio with garage doors along Fairfax Drive and a mini to-go counter in the foyer, where patrons can purchase pretzels for the road or lug home a growler of draft beer. There are also some shuffleboard tables toward the back. And, as one can’t possibly open a new nightlife spot in Arlington without cornhole, you’ll soon be able to throw beanbags to your heart’s content in The Bronson’s outdoor AstroTurf-esque lawn space.

Oh, and did we mention the restrooms feature beer-centric wallpaper and keg urinals?

“Everything has to have an Instagram moment, and for some reason, people are obsessed with taking selfies in the bathroom,” Irene says. 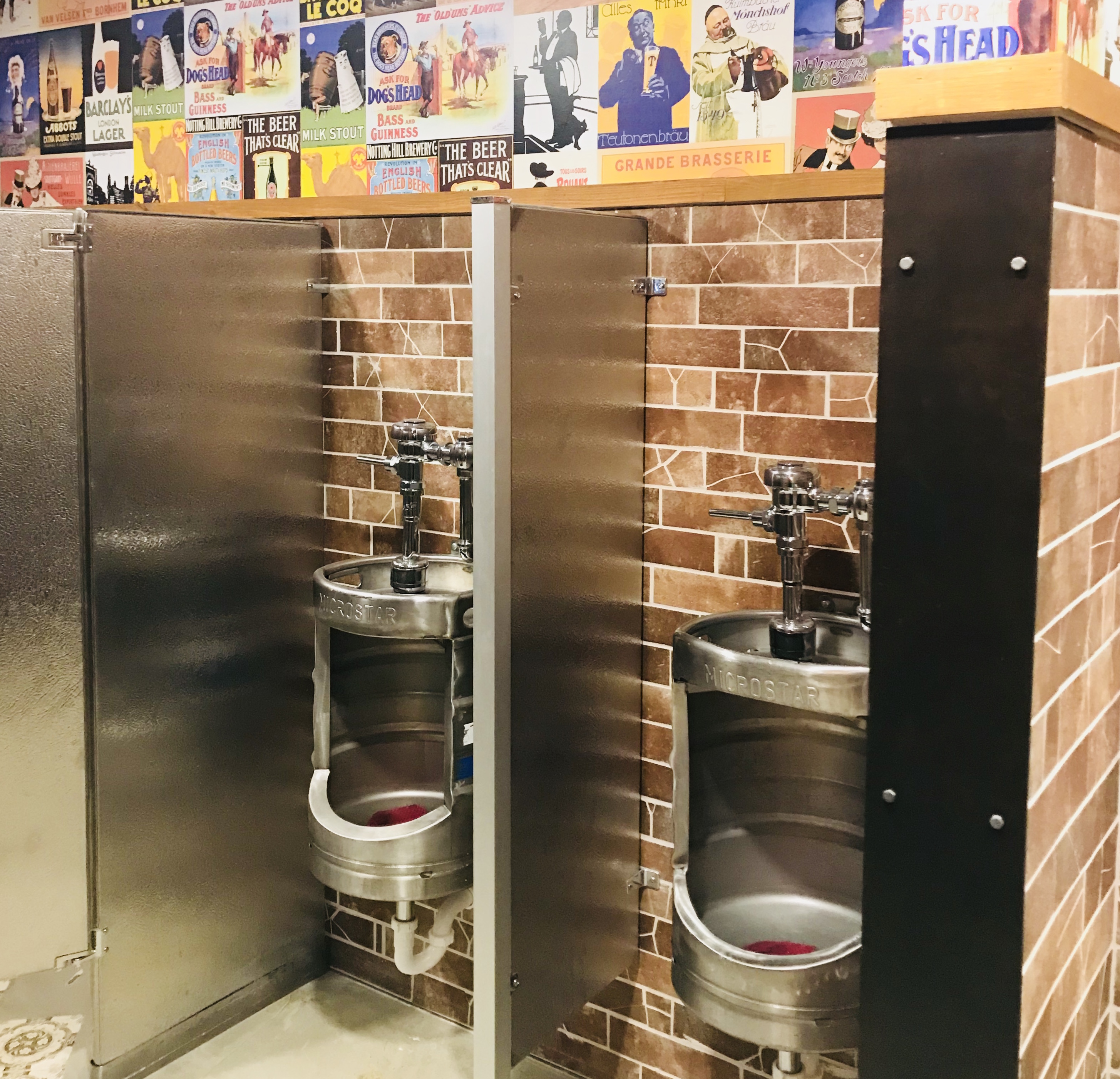 The men’s room includes an inventive take on the urinal. (Photo by Eliza Berkon)

In its relatively short existence, A-Town incurred its share of noise complaints and issues with the county over a few violent incidents, a “stigma” Cordero mentions in our tour. He says he’s looking for a fresh start with the local community.

“A-Town was very successful; we brought something to Arlington that maybe they weren’t ready for, just because it was more of a Vegas-style party,” Cordero says. “We’ve had meetings with the neighbors already, and they’re excited and delighted that The Bronson is coming.”