Owner Nicole Jones knows biscuits. And she has her own take on Southern food. 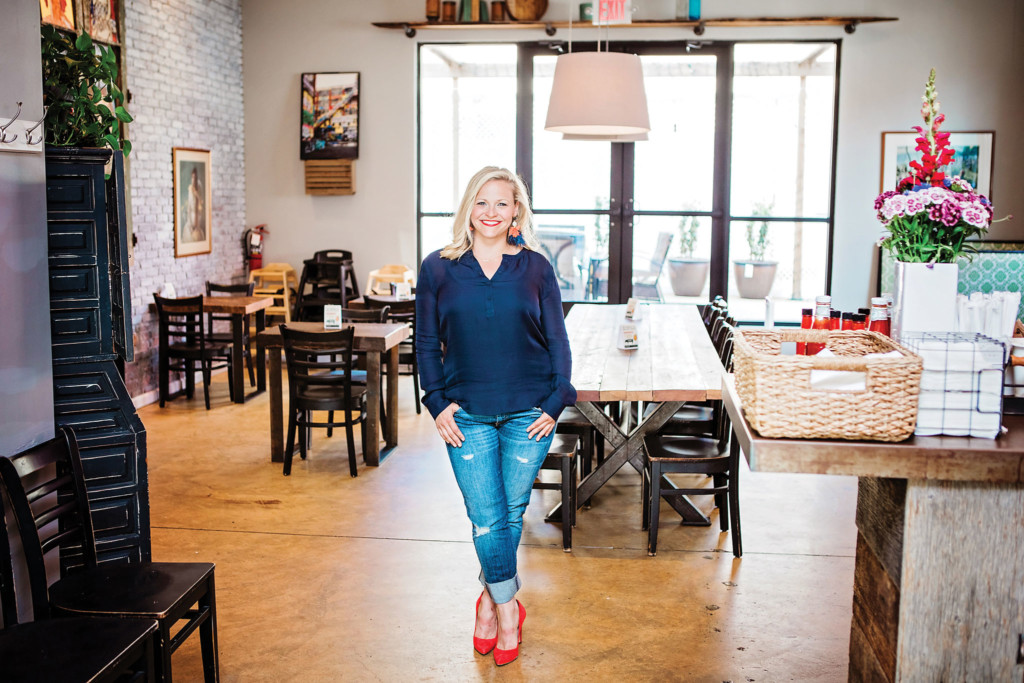 Nicole Jones is one busy entrepreneur. A 2013 graduate of L’Academie de Cuisine cooking school in Gaithersburg (now closed), she opened Stomping Ground in Del Ray in May 2015, taking the neighborhood by storm with her addictive, ultra-flaky biscuits and fried chicken brined in buttermilk and hot sauce. In December, Jones opened a second café by the same name at A Taste of Urbanspace inside Tysons Galleria.

What brought you to this area?
I came here to go to cooking school and a little bit for love. The love part didn’t work.

The South clearly inspires your menus. Are you from there?
My father is from Mississippi. He was a Marine Corps fighter pilot. My mother is from the Midwest. I learned to cook from her side of the family, but I grew up in a suburb of Atlanta. You have to love a place with a network of roadside gas stations with great food. Buddy’s Gas Station had the best biscuits. Some lady would come in at 4 a.m. to make them.

What’s your take on that tradition?
There’s this idea that Southern food is somehow lowbrow. The interpretation of Southern cuisine when you leave the South is a very male approach. It’s either pork in every way or a weird soul-food mashup. I source ingredients as well as most fine-dining restaurants, and do as little to those ingredients as possible.

Name some of your sources?
Tuscarora [Organic Growers Cooperative] for produce and salad mixes; Whiffletree Farm in Warrenton for pork and beef; a small chicken farmer in Maryland; Little Wild Things Farm [in D.C.] for microgreens; Rare Bird Coffee Roasters in Falls Church; Five Acre Farms in New York for our milk. Over 50 percent of what we buy is small, locally sourced and, when we can, organic.

What led you to the former Isabella Eatery space in Tysons?
About a year ago I realized I wanted to do another [café]. I was fidgeting. My broker wanted me to look at the Tysons space. I said, “Pass!” But he persisted. I spent time there and realized that people were hanging out there all day, but there was nothing for them to do. I wanted to bring a neighborhood vibe to where there’s not a lot of that going on. Secondly, I felt like I could right a wrong—be a better version of what this industry puts out.

How is it going?
It has been the most humbling experience of my life. I’m excited about the potential, but opening a second place is hard! I am spoiled in Del Ray. I had such an ego—I’m a woman, I’m queer, I’m the anti-Mike Isabella, they’re going to love me! And it’s not true. I’m finding my niche here, but it is going to be a lot slower.