They call it 'The Big Easy' and it's built for effortless entertaining. 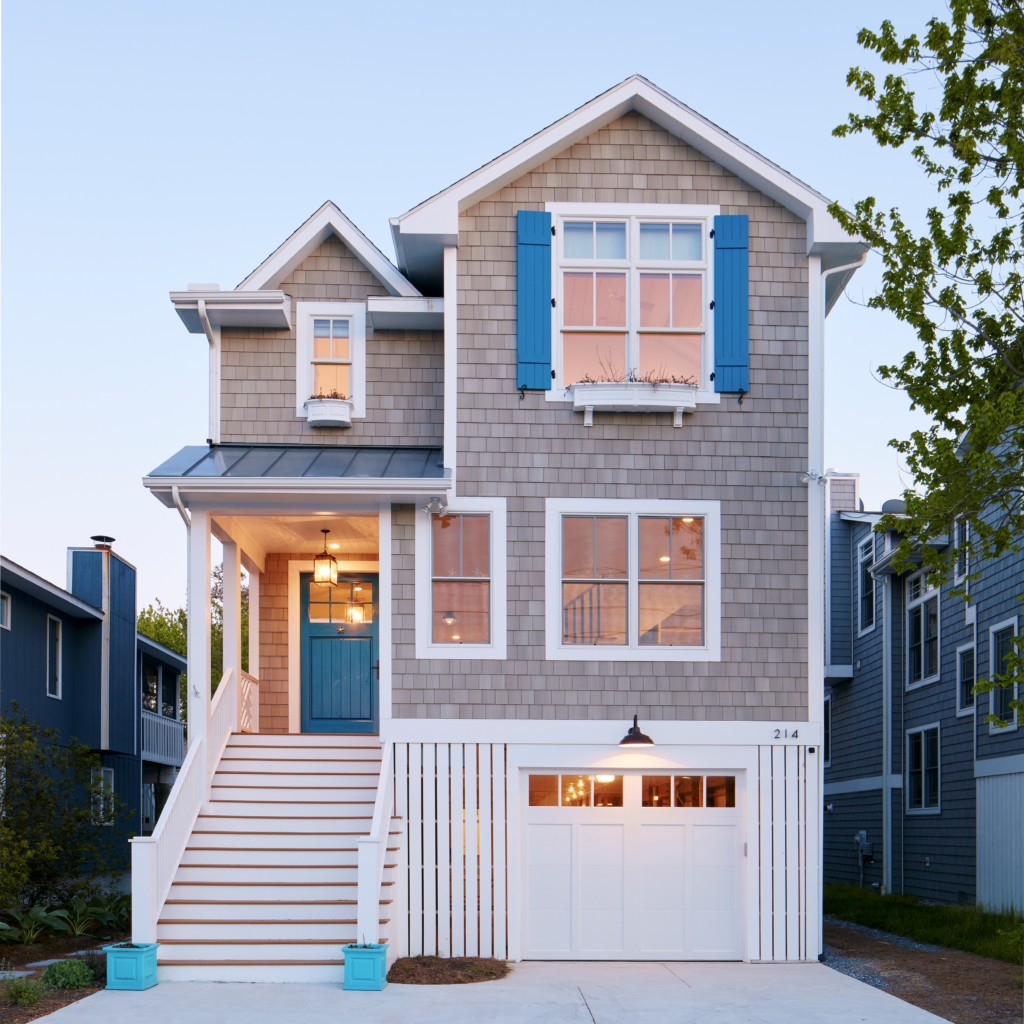 After many summers visiting friends with vacation homes on the Delaware shore, Anna and Blair Fernau bought a cottage of their own in Bethany Beach in 2015. It was two blocks from the ocean and adorable (one bedroom and one bath, plus a loft), but close quarters for their family of four—and not exactly conducive to hosting overnight guests.

Which was less than ideal. “We wanted to reciprocate the kindness shown to us over many summers,” says Anna, who previously worked in government affairs and international trade. When they’re not at the beach, the Fernaus live in McLean, near Chain Bridge.

Blair, who manages commercial real estate investments and owns several businesses, started looking around for a builder to replace the little cottage with something bigger. Soon they were hashing out new ideas for their long, narrow lot with Marnie Oursler, president of Marnie Custom Homes and host of DIY Network’s Big Beach Builds. 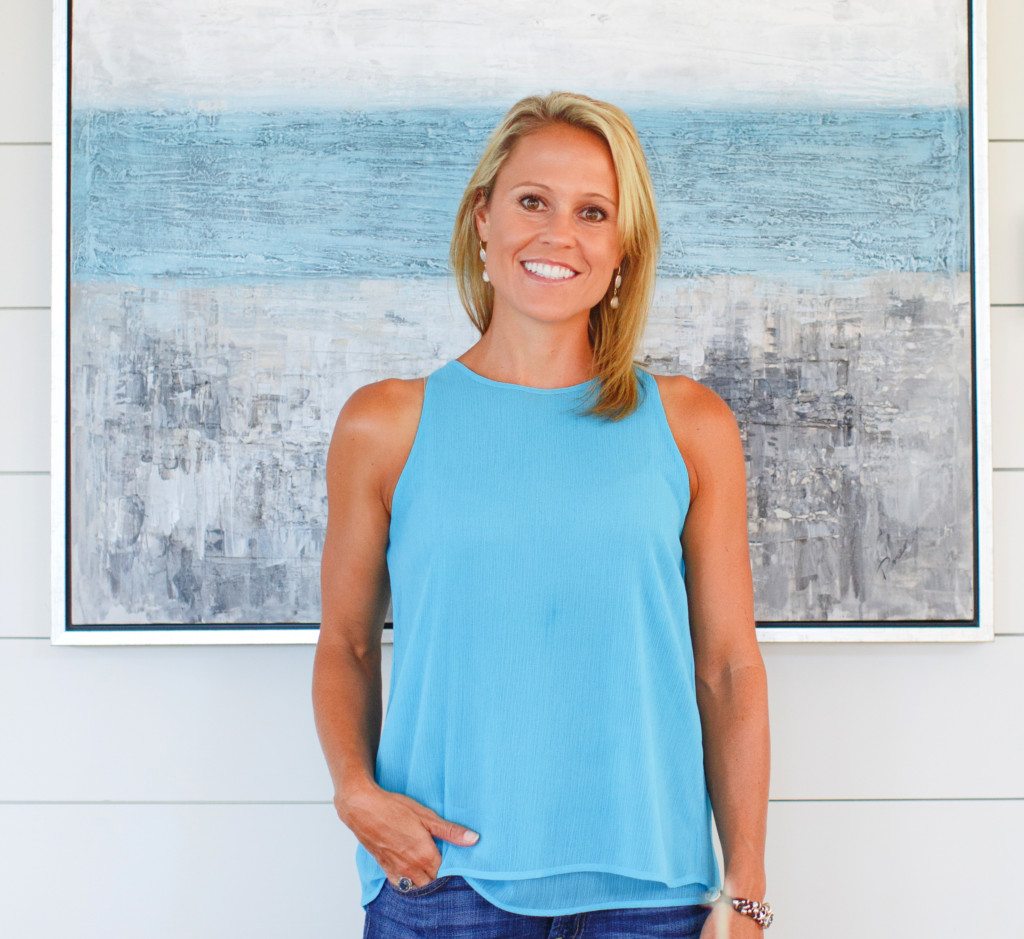 They ended up tweaking one of Oursler’s existing plans to suit their vacation lifestyle, including their desire to play host. “We adopted the plan to make sure we could host  two other families at the same time,” Anna says. The new house, completed in 2016, sleeps 16 comfortably, with three en-suite master bedrooms, two kids’ bunk rooms (each of which sleeps four) and another twin bedroom.

As is typical of coastal homes built to flood codes, the house has an inverted plan that puts the living spaces up top, with parking and storage on the ground level. It’s built to withstand high winds and storm surges, but it’s as pretty as it is sturdy, with exterior shingle cladding and crisp white trim. It even has an elevator, which makes lugging groceries and bulk items to the top-floor kitchen a breeze, and renders the home accessible for visitors who can’t climb stairs. 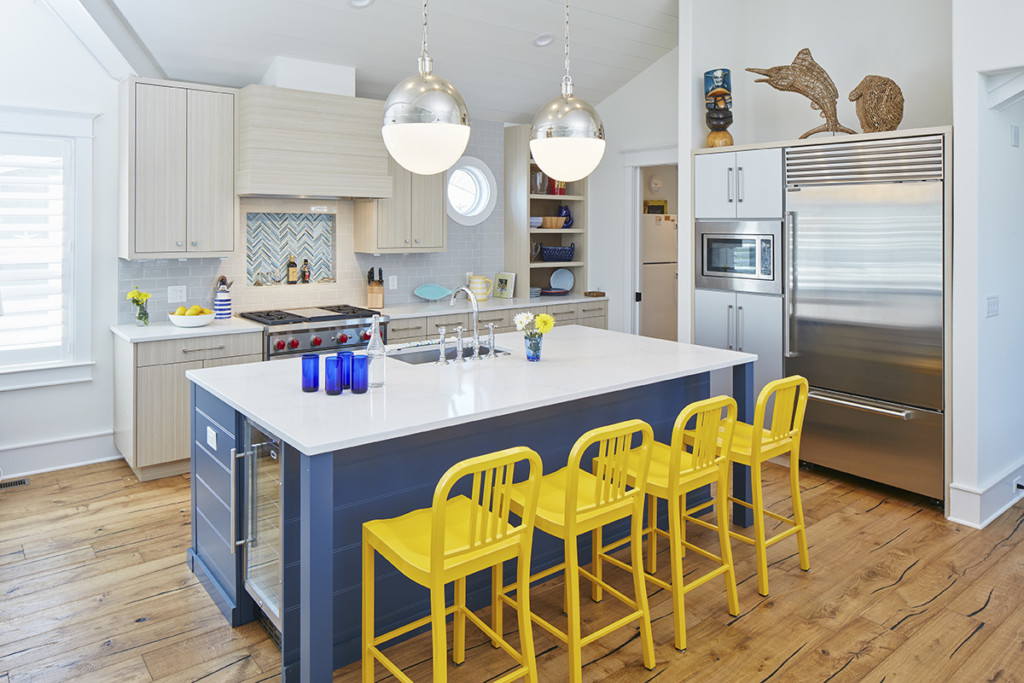 Inside, it’s built for socializing, with a big, open kitchen (designed by Jennifer Gilmer Kitchen & Bath in Bethesda) that connects to a pantry/laundry room and a casual great room.  “We doubled up on appliances,” Blair says—two washer-dryers, two dishwashers and two refrigerators—to ensure capacity for big groups. The island has a built-in wine fridge on one end and a Scotsman Nugget icemaker on the other. The latter (one of Blair’s favorite toys) is handy for whipping up margaritas or Dark ‘N’ Stormies come happy hour. 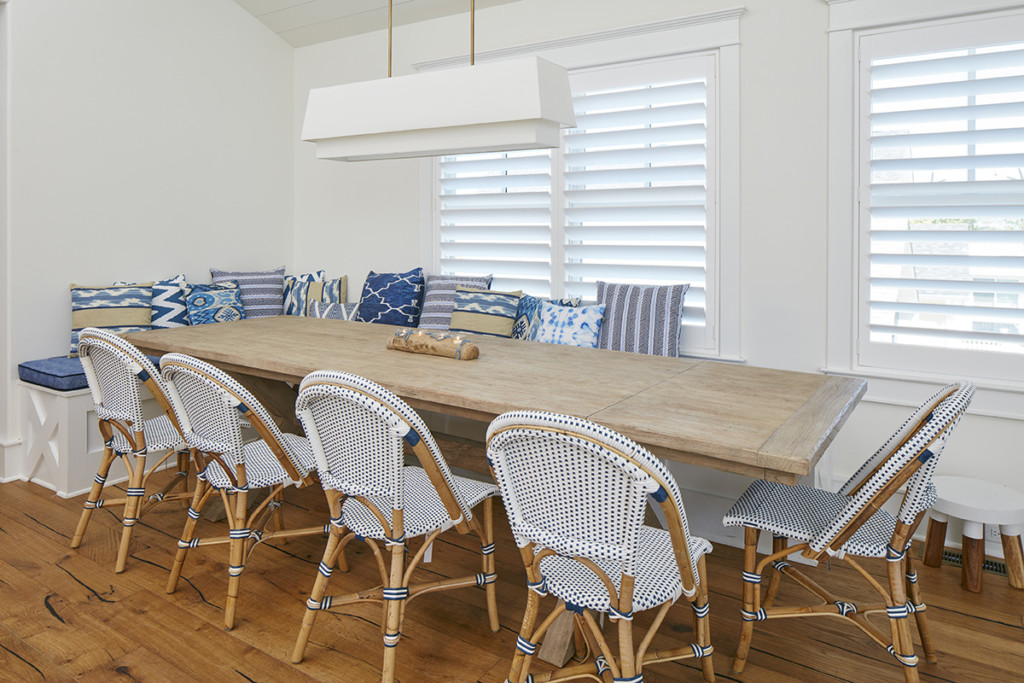 An adjacent dining nook is anchored by a rustic Pottery Barn table and bench seating with extra storage underneath the cushions. The kitchen and dining area connect seamlessly to a great room with comfy furniture, a fireplace and flat-screen TV.  Cathedral ceilings with white beadboard make the whole space feel fresh and airy. And the great room has an adjoining screened porch. 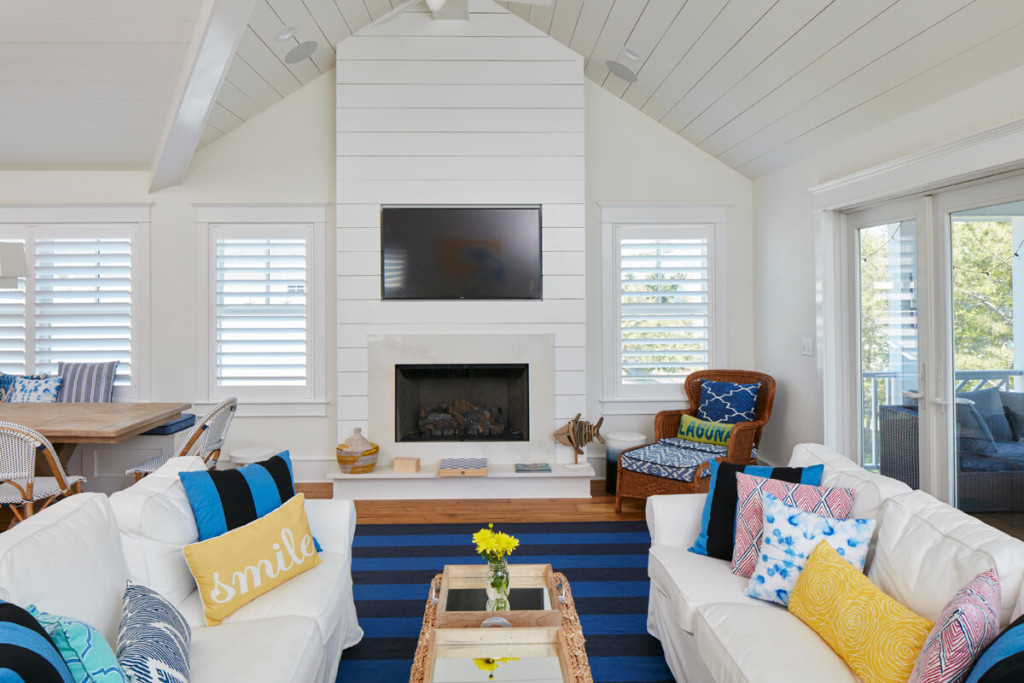 When it came to furnishings, Anna got creative. She bought wicker chairs on Craigslist, selected colorful fabrics and hired a seamstress to make custom seat cushions and throw pillows. “The white sofas are from Ikea,” she adds. “I wanted white because it feels beachy. We bought extra slipcovers so they can be cleaned easily. You just throw them in the wash with some bleach and you’re done.” 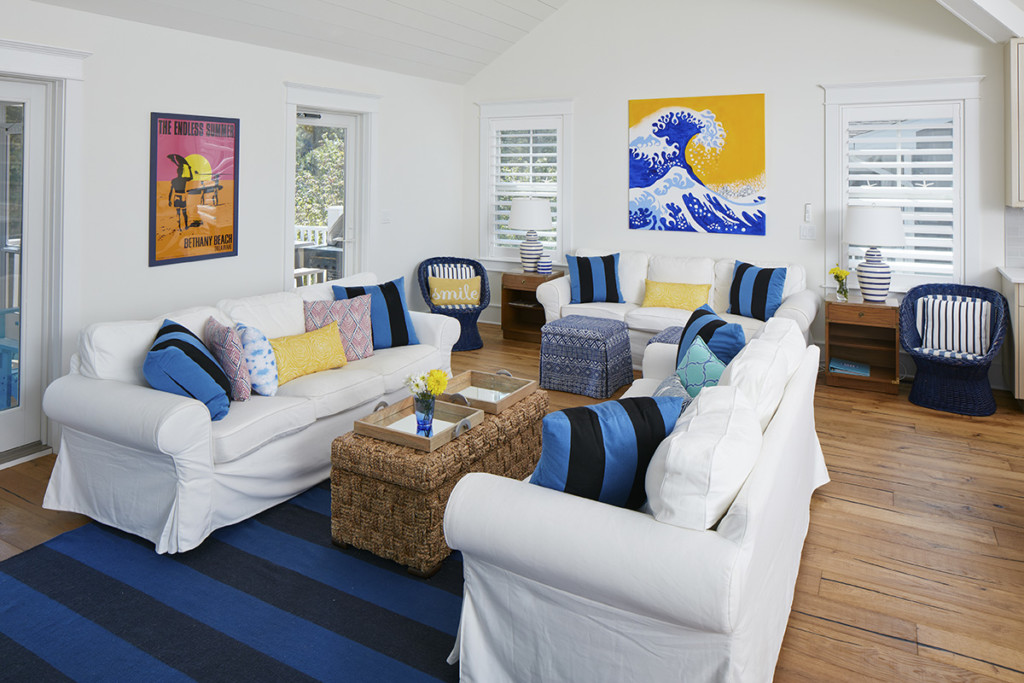 A vibrant blue-and-yellow canvas, painted by Blair to match the color scheme, is an interpretation of the famous Japanese woodblock print “The Great Wave off Kanagawa” by Hokusai. 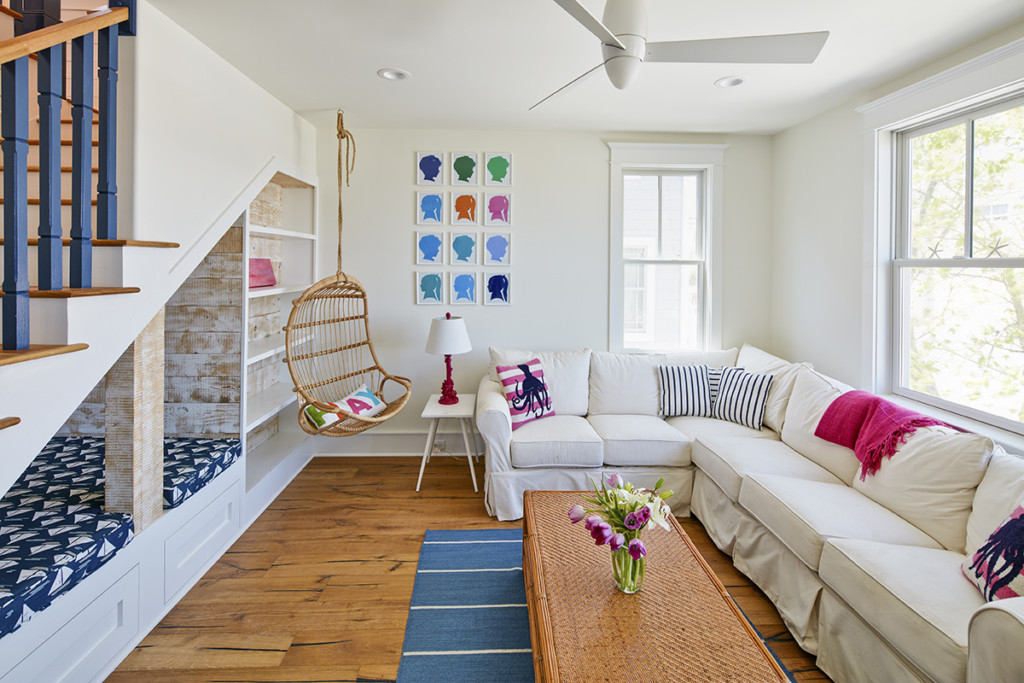 There’s also a separate kids’ hangout space with its own TV, sectional sofa and a hanging rattan chair from Serena & Lily. For artwork, Anna Photoshopped silhouettes of their kids in different colors and had them professionally printed.

At 4,200 square feet, the place isn’t small by any means, but it’s packed space-saving features masterminded by Oursler, who is both a designer and builder by trade. “Marnie had a lot of ideas for using nooks and crannies, and vertical space” Anna says.  Case in point: a cozy reading nook tucked into the cavity under the stairs, in what would otherwise be dead space.

The bunk rooms, outfitted with built-in beds with matching nightstand shelves and storage drawers underneath, also make maximum use of limited space by going vertical and eliminating the need for additional furniture. 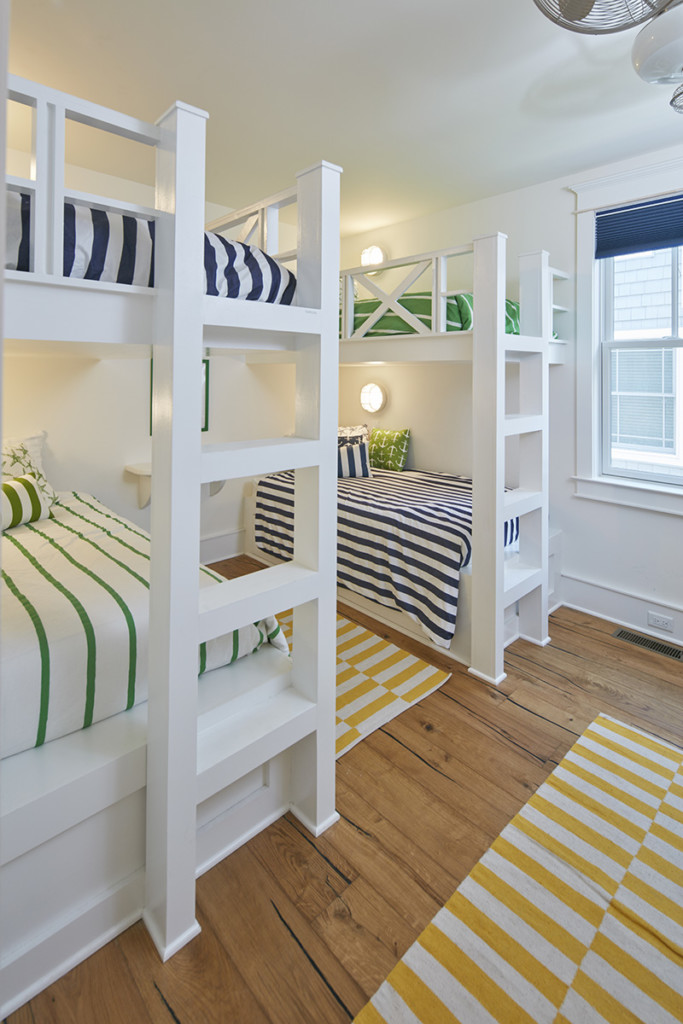 A nautical themed bathroom stacks colorful lockers, which kids can use to store swimsuits and other beach items. “It’s a fun way to store kids’ gear instead of simple shelves,” Anna says. “It made the bathroom fun and unique.” 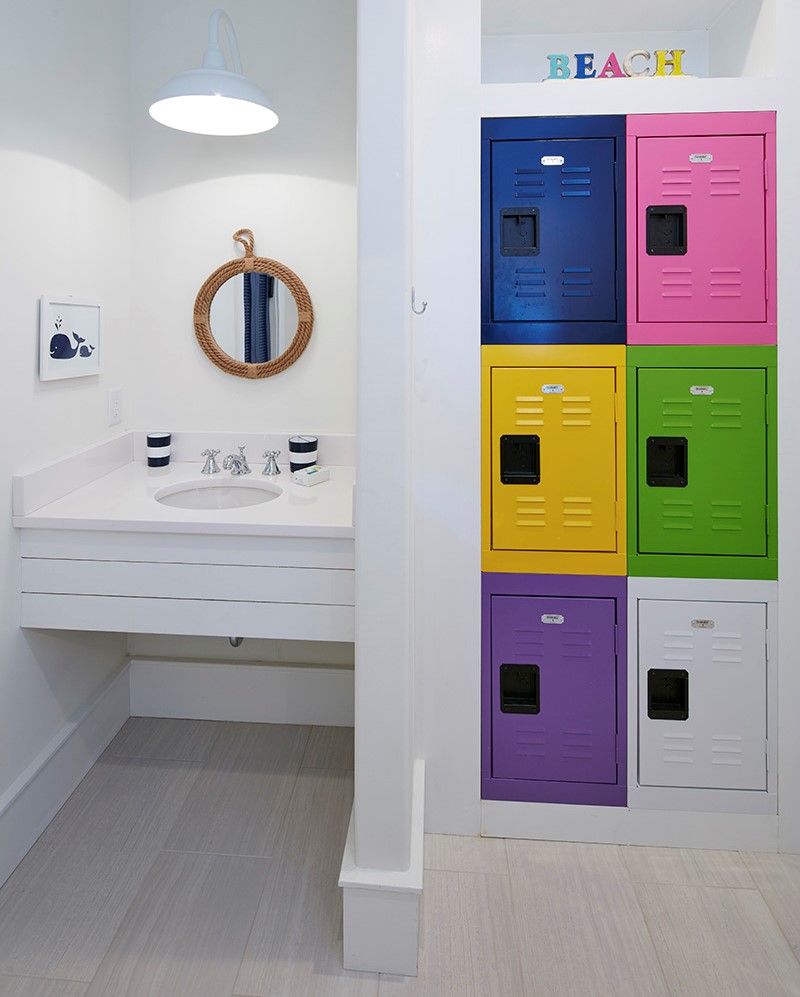 Blair and Anna’s bedroom features a shiplap-paneled vaulted ceiling, white oak floors and an accent wall clad in reclaimed wood. “It’s a very custom home,” Anna says. “If we had an idea, Marnie was always enthusiastic about translating it into reality.” 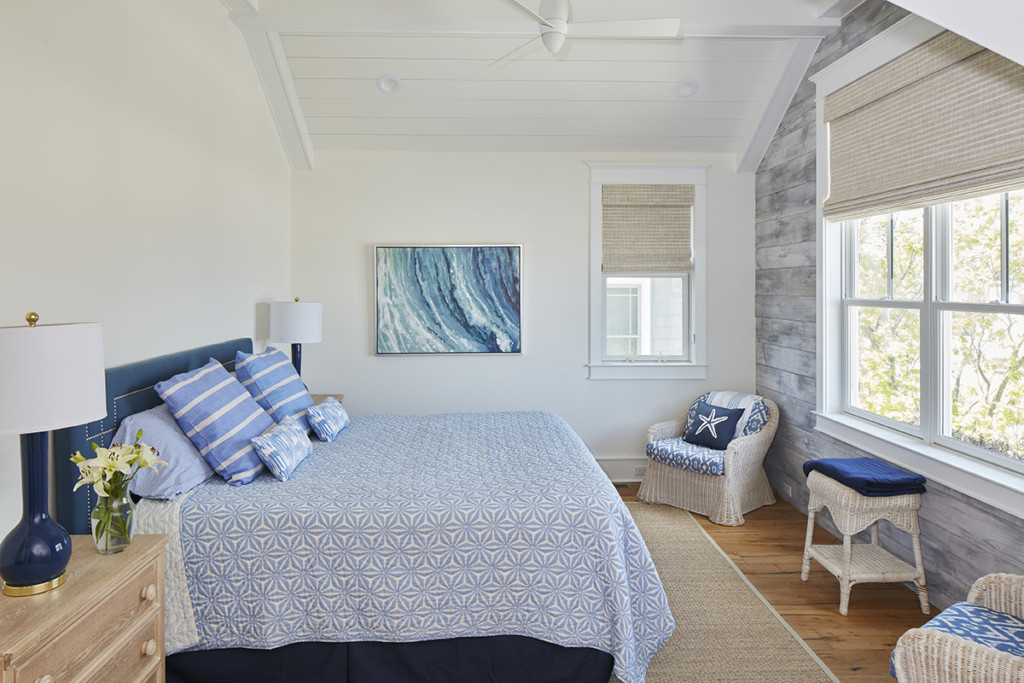 A powder room features custom wallpaper made from a nautical chart of the Eastern shore. The map highlights the stretch of shoreline from Fenwick Island to the Delaware beaches. 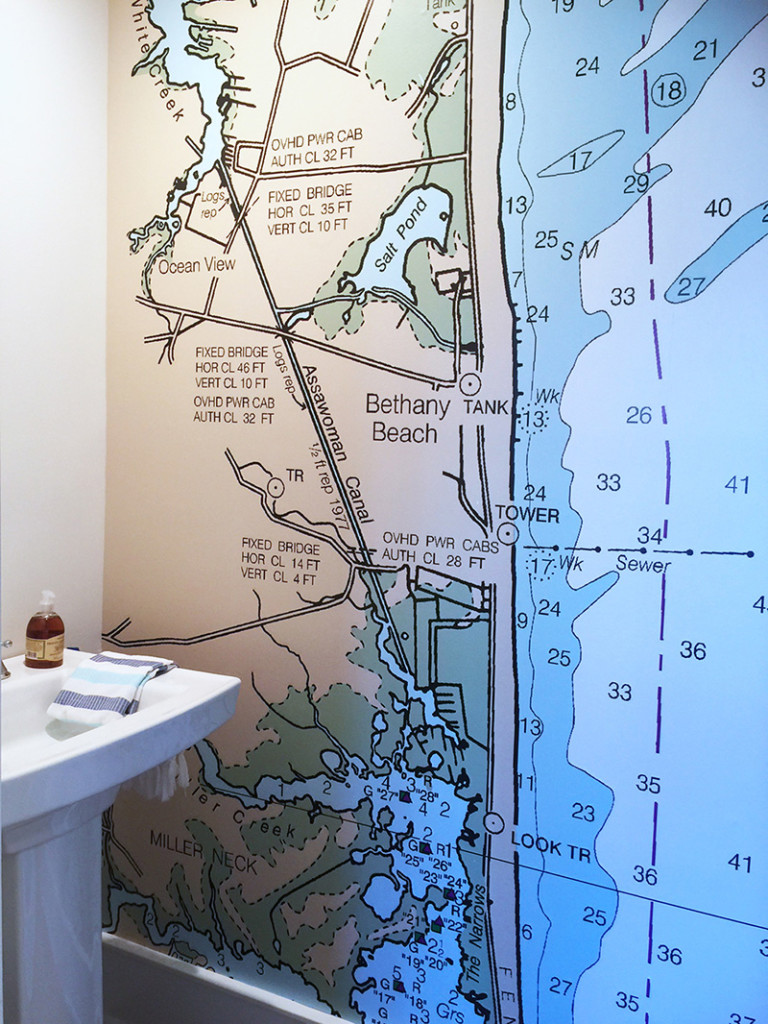 The Fernaus have nicknamed their home away from home “The Big Easy.” It’s an ironic reference to some early headaches with construction financing, Blair explains (which weren’t so easy), but it’s also a nod to the city where they married—and a reflection of their happy place, where they now go to decompress, often with friends.

Find this house on VRBO.

The Greenest House in Bethany Beach