All Hail the Dad Band

Manther has been rocking Arlington since 2010, with hilarious tunes and a drum beat of self-deprecation. 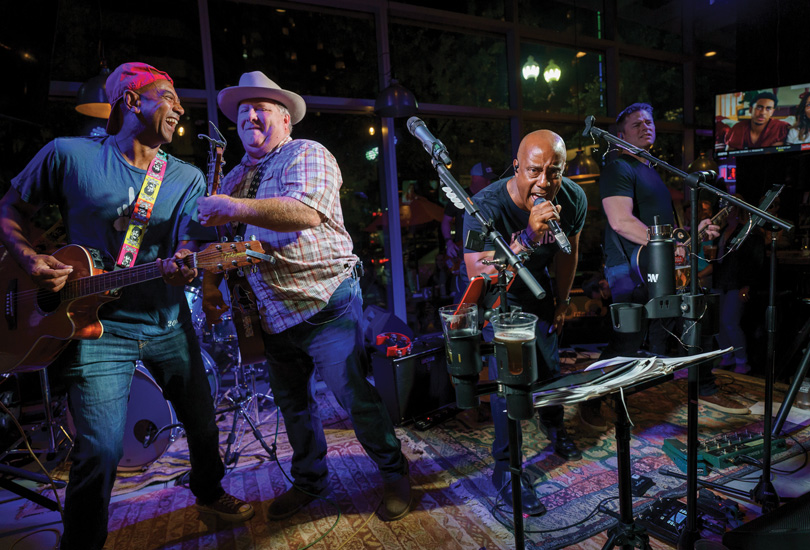 Jeff Joseph might be an executive for a global communications agency, but for the moment—as his band, Manther, re-emerges from Covid hibernation to play a packed gig at Ballston Local—he’s ditched the suit and tie. Surveying the crowd, he ponders whether the sarcasm of the term “dad band” is unfair because it excludes garage-rockin’ moms.

Therein lies one of Manther’s many mantras: Don’t take yourself too seriously. Also, don’t overstay your welcome. And, the more you drink, the better we sound.

Like many dad bands, Manther covers ’80s and ’90s hits, but the fun part really lies in the band’s own tongue-in-cheek songs, like “Soccer Mom” and “Harris Teeter Wife” (though some lyrics aren’t suitable for print).

You broke my heart in the checkout lane/ You went express with 24 items/ You went triple-bag plastic/ which seemed kind of wasteful…and un-Arlingtonian…..one two three four…. I’m going to the Harris Teeeeettttter!!

“Four of us met when our kids were at Nottingham Elementary,” Joseph continues. “Rich and I met almost 30 years ago when we worked together. Ulery is the ‘new guy,’ having joined us now six or seven years ago. Kind of like how they still refer to Nils Lofgren as the new guy in the E Street Band even though he’s been with them for like 50 years.”

Manther tries to play a gig once a quarter. “We’re astonished to see our legend continue,” he says. “But it’s a low bar—maybe we’re not as bad as we thought. Then again, we do still have to beg people to come see us play.”

Joseph laughs at the term “front man”—“I’m the only one who posts on Facebook”—but he does get serious when talking about the nonprofits the band supports with its shows. “We always play for a charity, always for a cause,” he says, citing Kelli Taylor and the Free Minds Book Club & Writing Workshop as a favorite. The organization sends books to inmates in the D.C. jail, “sharing the life-changing power of reading, writing and community building,” according to its mission statement.

As the bar grows rowdier he reverts to self-deprecation with a sentimental refrain. “It’s a party. Odes to women of a certain age by men of a certain age, celebrations of what brings people together in our community. The joy is infectious. And it’s such a thrill to look out at all the young people singing and dancing.”

With that, a young woman wearing a “Happy 21st” birthday sash spins in front of the stage. “Happy Birthday, Eva!!” Joseph screams into the mic. “I’ve known her her whole life!” 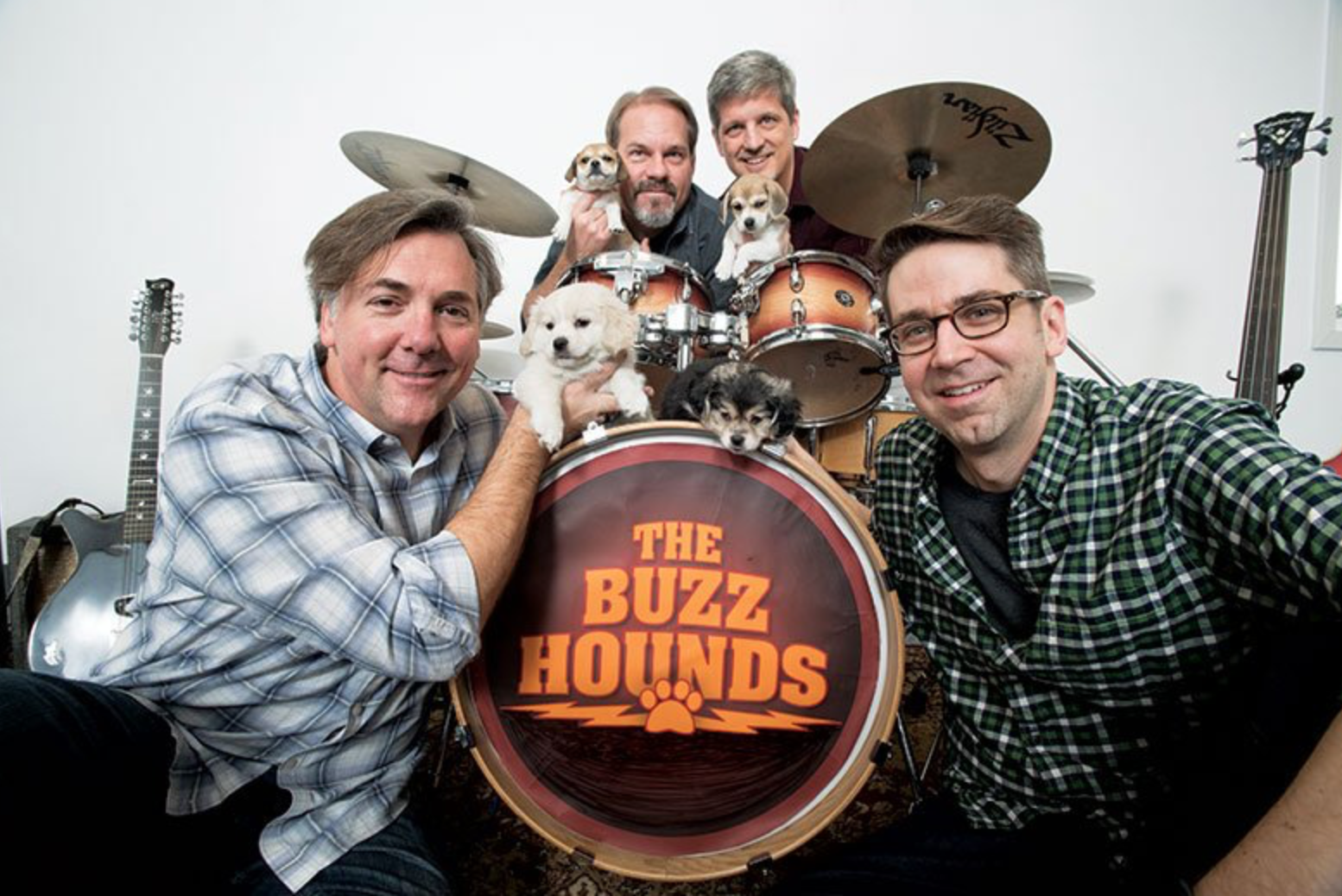 That Dad Band We Love 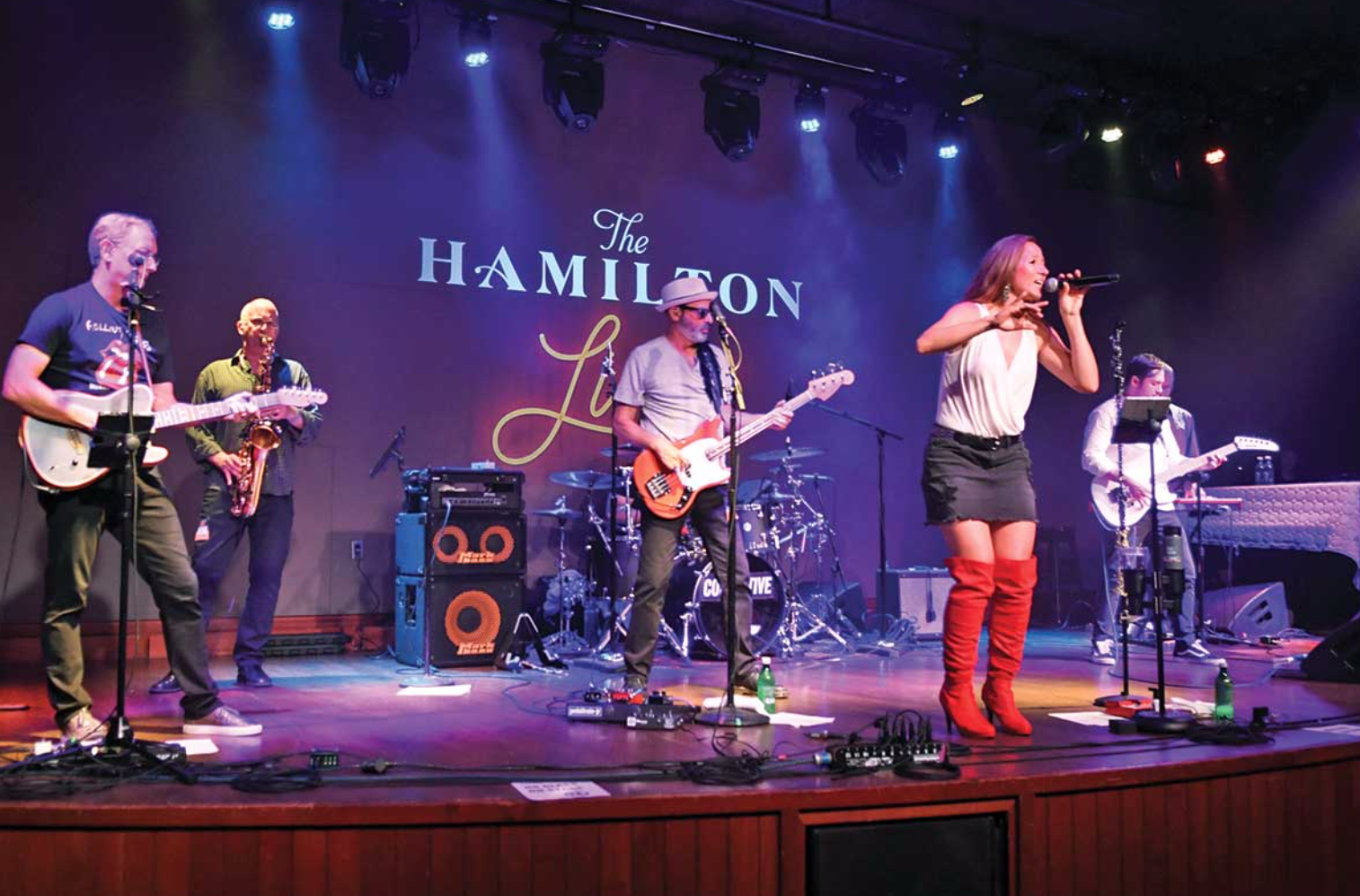 Best of Arlington 2022: Best of the Rest 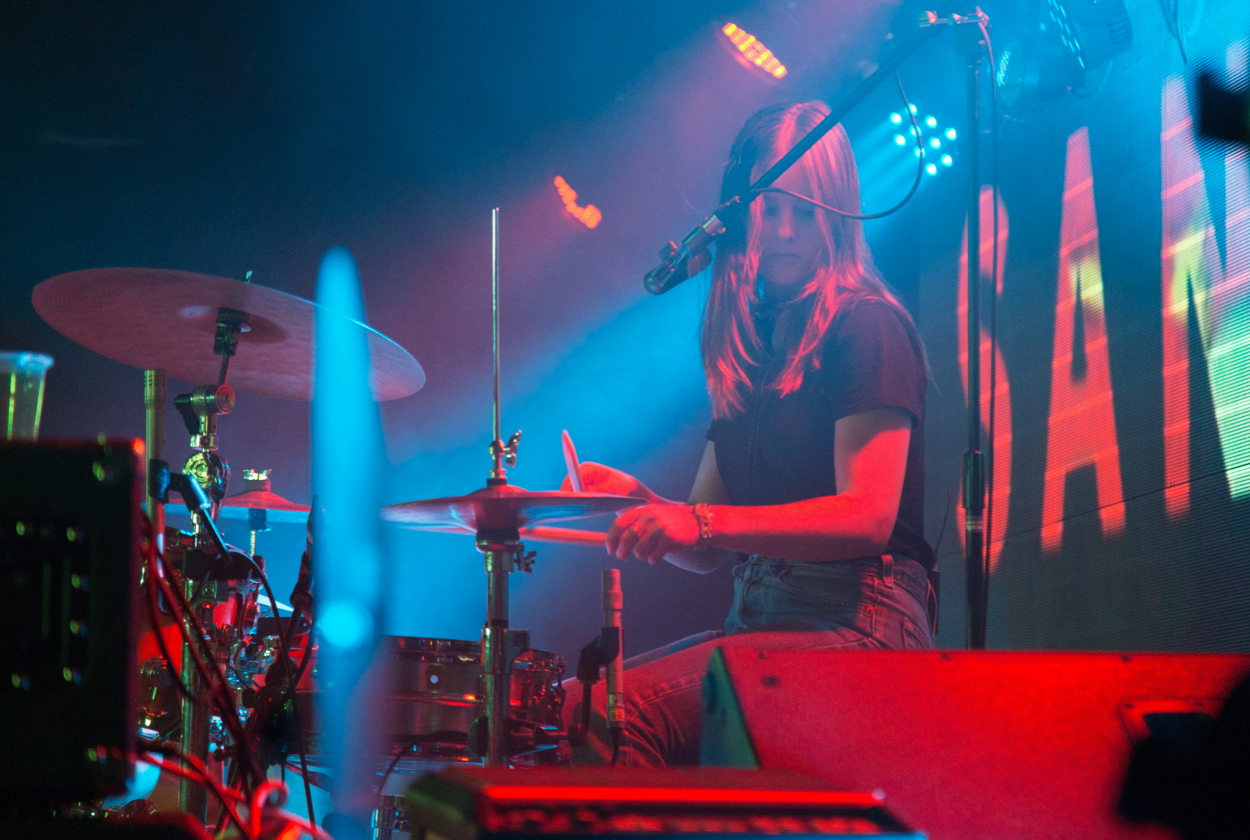