A historic landmark crumbles in Halls Hill, and is the better for it. 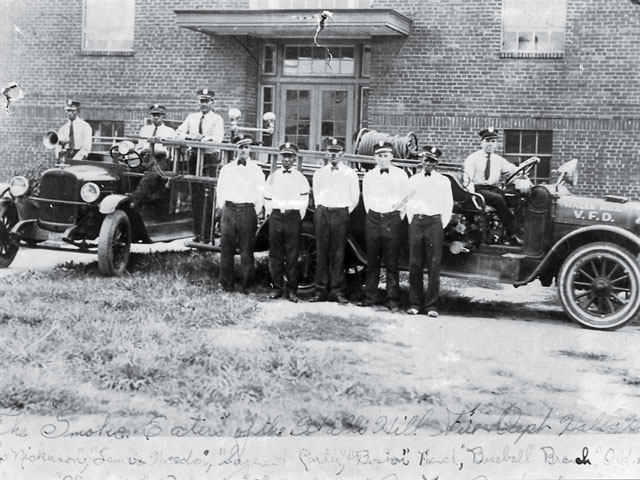 It wasn’t just any wall. Constructed in the 1930s out of wood, brick and cement, the barrier had been designed as a “segregation wall” separating the white neighborhood of Woodlawn (now Waycroft-Woodlawn) from historically black Halls Hill.

The legacy of Halls Hill dates back to 1881, when local plantation owner Basil Hall, faced with plummeting property values in the aftermath of the Civil War, began selling off portions of his land to African American neighbors, many of them former enslaved people. Despite having had a violent reputation as a slave owner, Hall sold the parcels for a reasonable $80 to $110 per acre.

One of the first buyers to acquire a piece of the land was Thornton Hyson, the great-great-great-grandfather of Saundra Green. “My family has lived in Halls Hill ever since,” says Green, a resident of North Dinwiddie Street. “We’ve been here for generations.”

As the years passed, Halls Hill and adjoining High View Park grew into a tight-knit enclave for folks who were not welcome in other parts of the county. By the early 20th century, Jim Crow laws restricted African-Americans from patronizing most local restaurants and businesses—a reality that prompted the neighborhoods to become self-sufficient.

“We had everything we needed right [here],” says Green, who was born in D.C. in 1941 because her mother wasn’t allowed to give birth at Arlington Hospital (now Virginia Hospital Center). “Schools, barbers, seamstresses, dry cleaners, doctors, lawyers and dentists.”

Not to mention emergency services. In 1918, residents of the historically black neighborhoods established an all-volunteer fire department, which later moved into a fire station on Lee Highway before relocating in 1934 to North Culpeper Street (and then back to Lee Highway in the 1960s). “[Fire departments from surrounding areas] wouldn’t come here and put out fires for us, so we…had to create our own,” says Green. “It was a testament to people working together for the good of the whole.”

In 1951, Fire Station 8 received its first county-paid professional firefighter—nearly a decade after the rest of the county’s fire stations.

For Wilma Jones, author of the book, My Halls Hill Family: More Than a Neighborhood, the memories of her Arlington youth are bittersweet.

“The neighborhood is a big part of…how we all came to be,” says Jones, now president of the John M. Langston Citizens Association, which includes Halls Hill and High View Park. It’s more diverse today, she says, but gentrification and a widening socioeconomic gap are ongoing challenges.

In 2016, with support from the community, the county decided to rebuild the historic but outdated Fire Station 8 at its current location on Lee Highway, rather than move it.

But the wall, for obvious reasons, won’t be rebuilt. Instead, in 2016, it was commemorated with a historic marker that acknowledges its troubling past.

“To be able to stand in Halls Hill and look over into Woodlawn [is] just amazing to me,” says Green. “I just never thought I’d see it.”

The Legend of the Falls Church Hangman’s Tree