Fabio Trabocchi has arrived in Rosslyn. In pasta we trust. 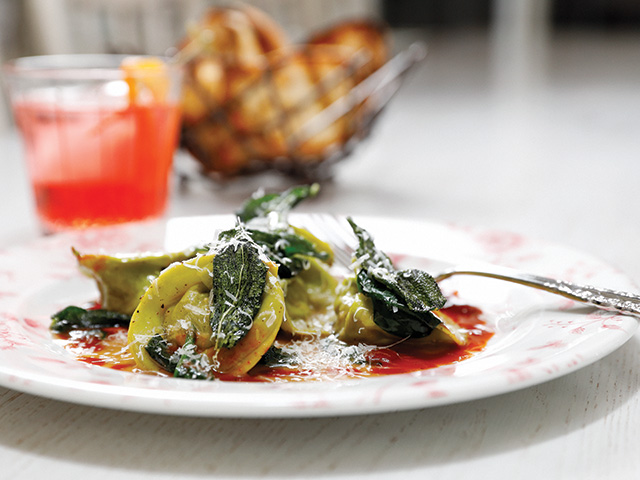 In a glass-enclosed room at the front of Sfoglina Pasta House, a young woman is deftly converting a thin sheet of spinach pasta dough into neat rows of tortelloni, each filled with a plump dollop of smoky pulled pork. (A sfoglina, pronounced sfo-LEE-na, is a female person who makes pasta by hand.)

Soon, the little hat-shaped dumplings make their way to the open kitchen where, after a quick al dente bath, they are tossed with fresh spinach, sage leaves and brown butter sauce, and artfully arranged on a floral-pattern plate with a ring of barbecue sauce and sprinkle of grated pecorino. 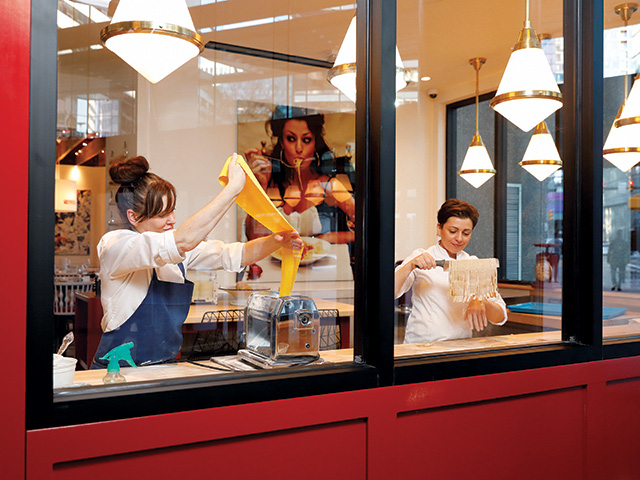 If the tortelloni sound good, they taste even better. This is not surprising, given that Sfoglina’s owner is chef and restaurateur Fabio Trabocchi, who made a splash at Maestro (now closed) at the Ritz-Carlton in Tysons from 2000 to 2007. After a stint in New York City, Trabocchi returned to Washington and, with his then-wife Maria (the couple divorced in November) opened his flagship restaurant, Fiola, in 2011. Fiola earned its first Michelin star a few years later, and today Trabocchi’s empire includes five D.C.-area restaurants, plus two more in Miami and Venice, Italy. Full disclosure: He’s a friend of mine.

Trabocchi has a reputation for high style, and the 4,500-square-foot space at 1100 Wilson Blvd. bears that out. Building owner Monday Properties courted the chef for several years before he finally said yes to the ground floor of a tower whose tenants also include WJLA, Raytheon and Politico, and a neighborhood that’s home to heavy-hitters like Nestle.

“We looked at Virginia four years ago but didn’t think it was the right time,” says Trabocchi, who has two other Sfoglina locations in the District. “But now the Rosslyn dining scene is starting to take off and it’s the right fit for our brand. We’ve gotten a very warm welcome from the people working and living there.” 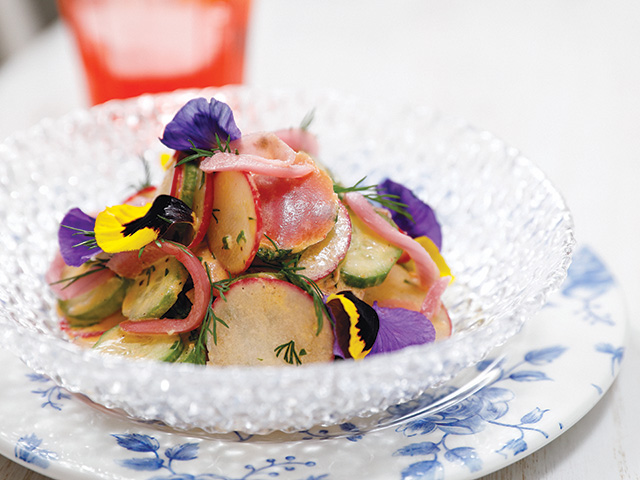 Sfoglina presents fine-dining caliber food in a luxe casual setting. The vibe is apparent even before you enter the restaurant proper. The design by Lynne Whyte and Yasmine Agha, with input from Trabocchi himself, finds tufted, white leather stools (tall chairs, really) at a marble bar that spills into the lobby. Inside the dining room, elaborate glass sculpture chandeliers from Mallorca and printed linens hang above booths made of rustic whitewashed wainscoting.

Careful details abound, from the polished copper napkin rings to the etched coupe glass that holds my lovely Shaken not Swizzled cocktail, made with Chartreuse, pineapple juice, lime and Falernum. It’s garnished with a rosemary sprig clipped to the rim with a tiny clothespin.