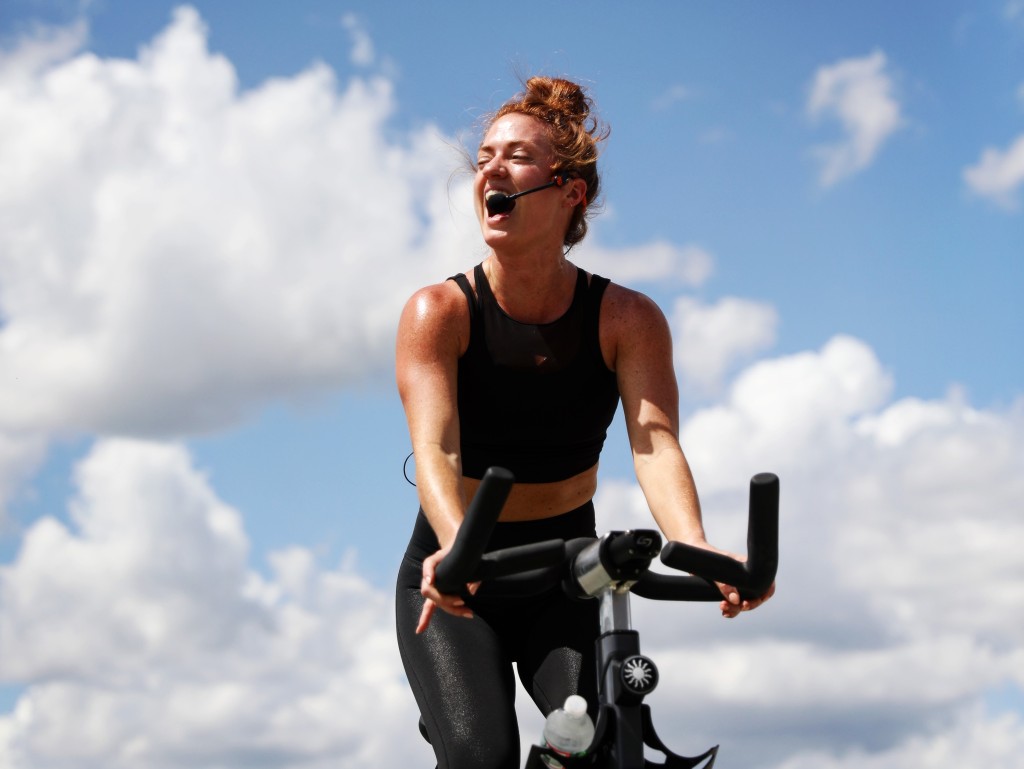 Cycling and HIIT studio Hustle is one of 10 local brands coming to Metropolitan Park, the first phase of construction for Amazon’s HQ2.  (Photo courtesy of Hustle)

It’s been nearly four years since corporate behemoth Amazon selected Arlington as its future second home. Now the first phase of construction is approaching the light at the end of the tunnel.

Metropolitan Park—which comprises two 22-story office buildings, a public park and some 65,000 square feet of ground-floor retail space—is set to open in 2023. Construction reached the top floor this spring on what is the first phase of HQ2’s buildout. (The county approved plans for PenPlace, the second phase, in April.)

What retailers and eateries can we expect to see when shop doors start opening next year? Here are the 10 businesses Amazon has announced thus far, all with local roots. 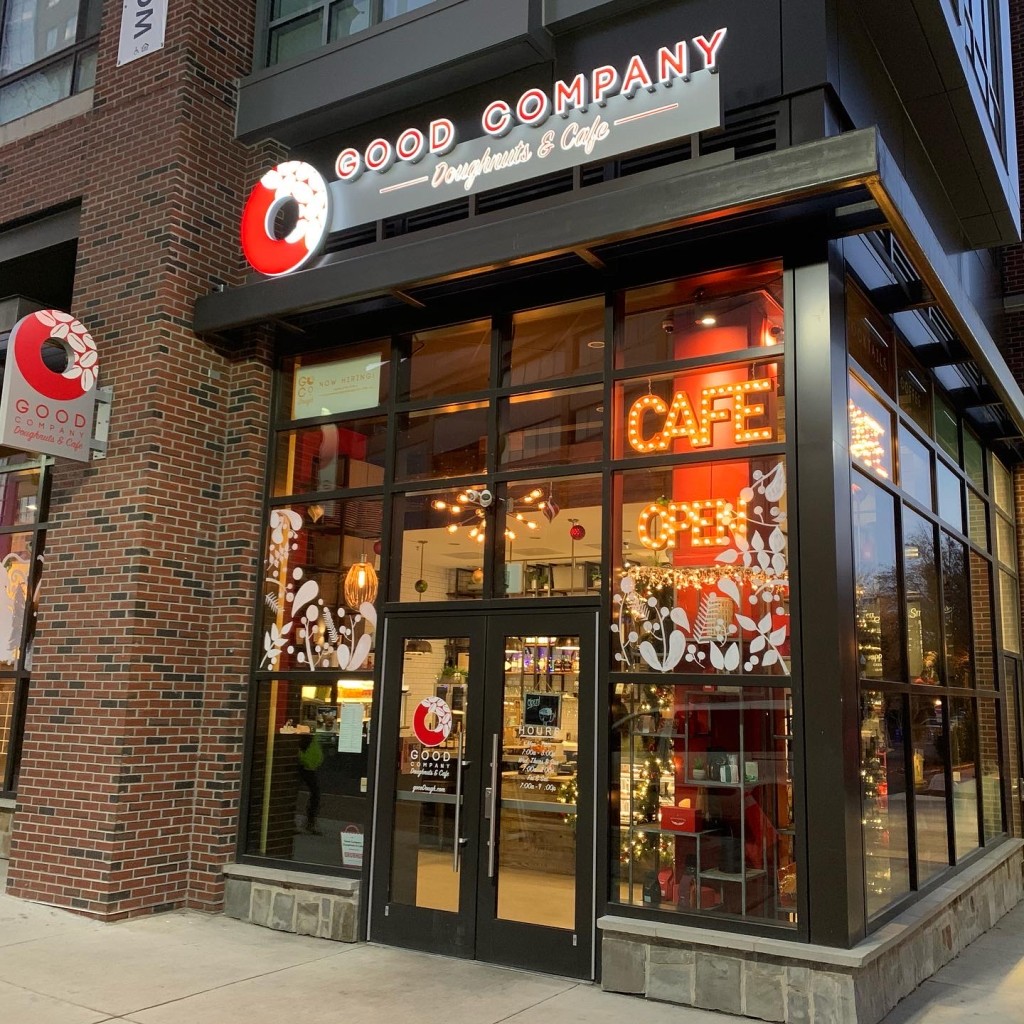 Met Park will be the second brick-and-mortar location for Good Company, which opened in Ballston in spring 2019. The National Landing shop will have a mezzanine, outdoor seating and feature a separate entrance and exit, making it a bit easier to manage long lines like those that often emerge in Ballston.

[ Kids Were Hungry. This Café Stepped Up. ]

Though it’s known for doughnuts, Good Company in Ballston also offers a hefty selection of sandwiches, soups, salads and—in its pre-pandemic days—dinner options. Kachadoorian is excited to make dinner a staple at National Landing, with dishes that include caccio e pepe ravioli and an ancient grain bowl topped with steak, bok choy and Brussels sprouts petals. Though you won’t find a bar to sidle up to, they will serve beer, wine and cocktails to sip at your table.

As for its customer base, Kachadoorian envisions Amazon workers grabbing a nosh during the day, as well as regular pop-ins from local residents. “We’re all just super excited about the opportunity to bring our doughnuts to a new area,” he says. 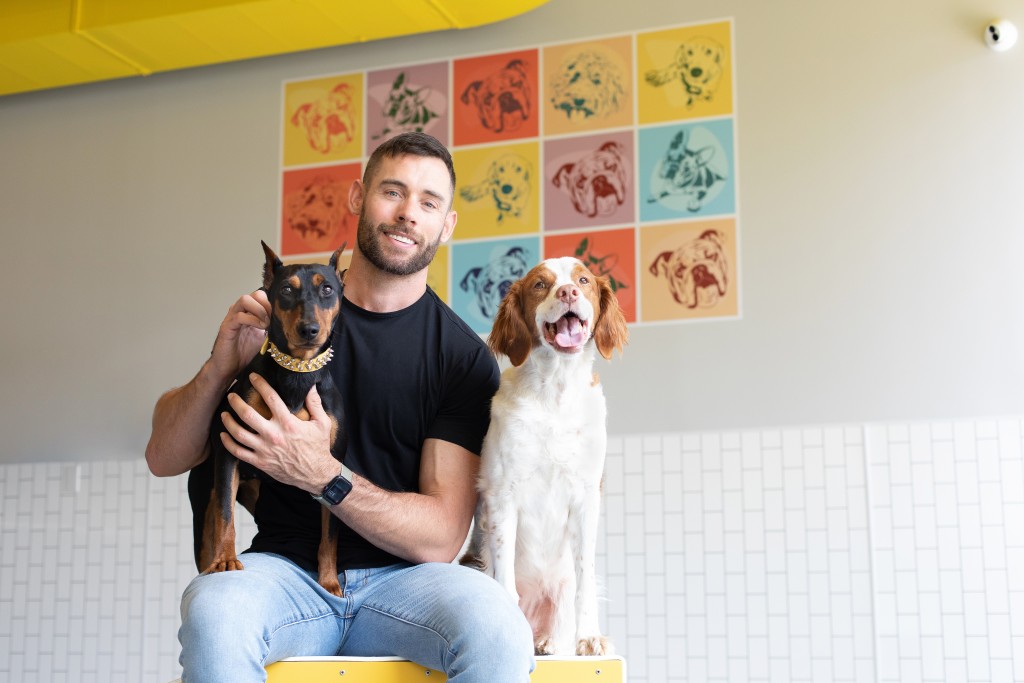 In 2014, entrepreneur Jacob Hensley segued from a job at Merrill Lynch to founding a dog-walking company. Since then, District Dogs has expanded into a wide-ranging pet-care business with five locations.

“One of the things I’m most proud of is providing careers for my staff,” Hensley told Amazon News in 2021. “Seeing some of my staff members buy their first home with their District Dogs paycheck is really important to me, and as I grow the business, I want to keep providing opportunities for my team to advance.”

The 6,000-square-foot space slated for Met Park will be the brand’s second location in Arlington. It will  provide dog training and recreation, as well as networking events for dog owners. 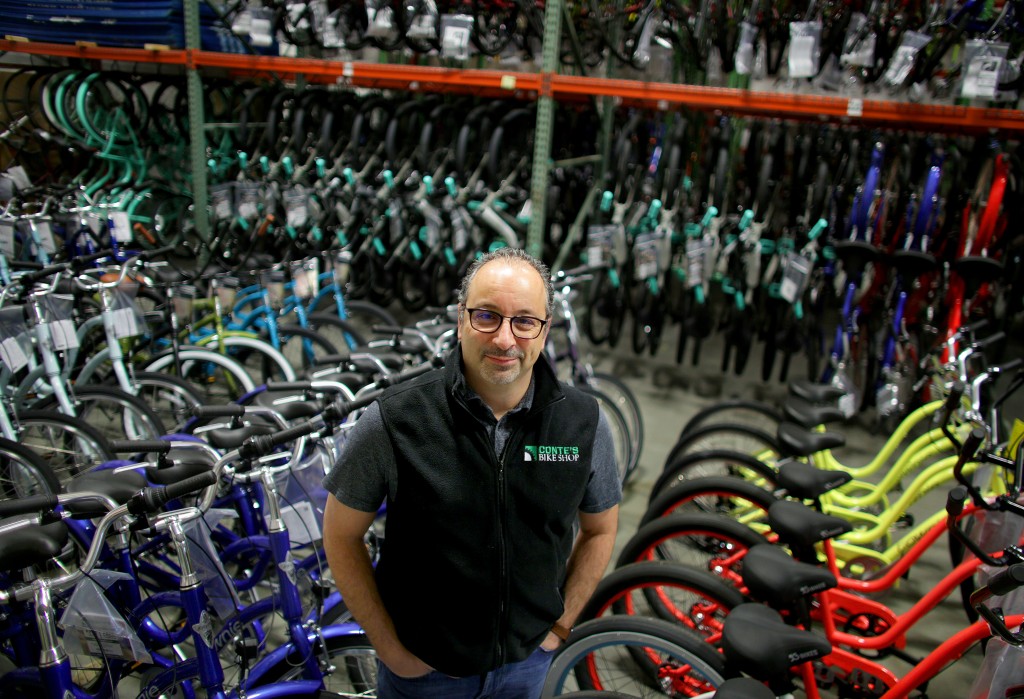 For more than six decades, Conte’s Bike Shop has helped local cyclists find wheels, gear and camaraderie. (Their riding events include a weekly “Hills for Breakfast” ride out of Falls Church.) The company, which began in Newport News in 1957, has several storefronts in Northern Virginia; its Amazon HQ2 location will mark its second in Arlington.

“We had been following the news around Amazon coming to Arlington and knew this would be a once-in-a-generation opportunity to serve one of our home communities,” co-owner Wayne Souza told Amazon News in May. 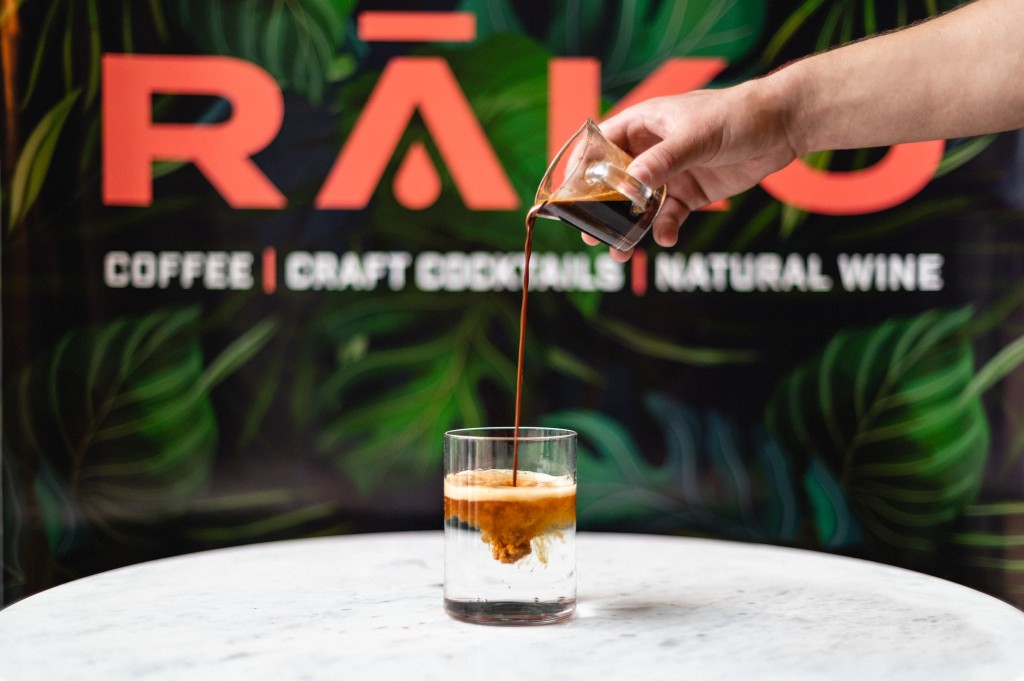 Led by sisters Lisa and Melissa Gerben, Rako opened its first cafe in 2021 in Courthouse. The roasting part of the operation (based in Lorton) supplies coffee to several area restaurants, pop-ups and retail stores. Now the owners are preparing to launch a second storefront, in Met Park, next year.

“Amazon is tapping into so much passion and so much creativity within our local small businesses, and I’m just excited about all of us coming together,” Lisa Gerben told Amazon News in November.

Expect natural wines, light bites and cocktails—in addition to coffee and espresso—at the National Landing location. And for a quick pop-in, they’ll also have a small lobby kiosk at Met Park. 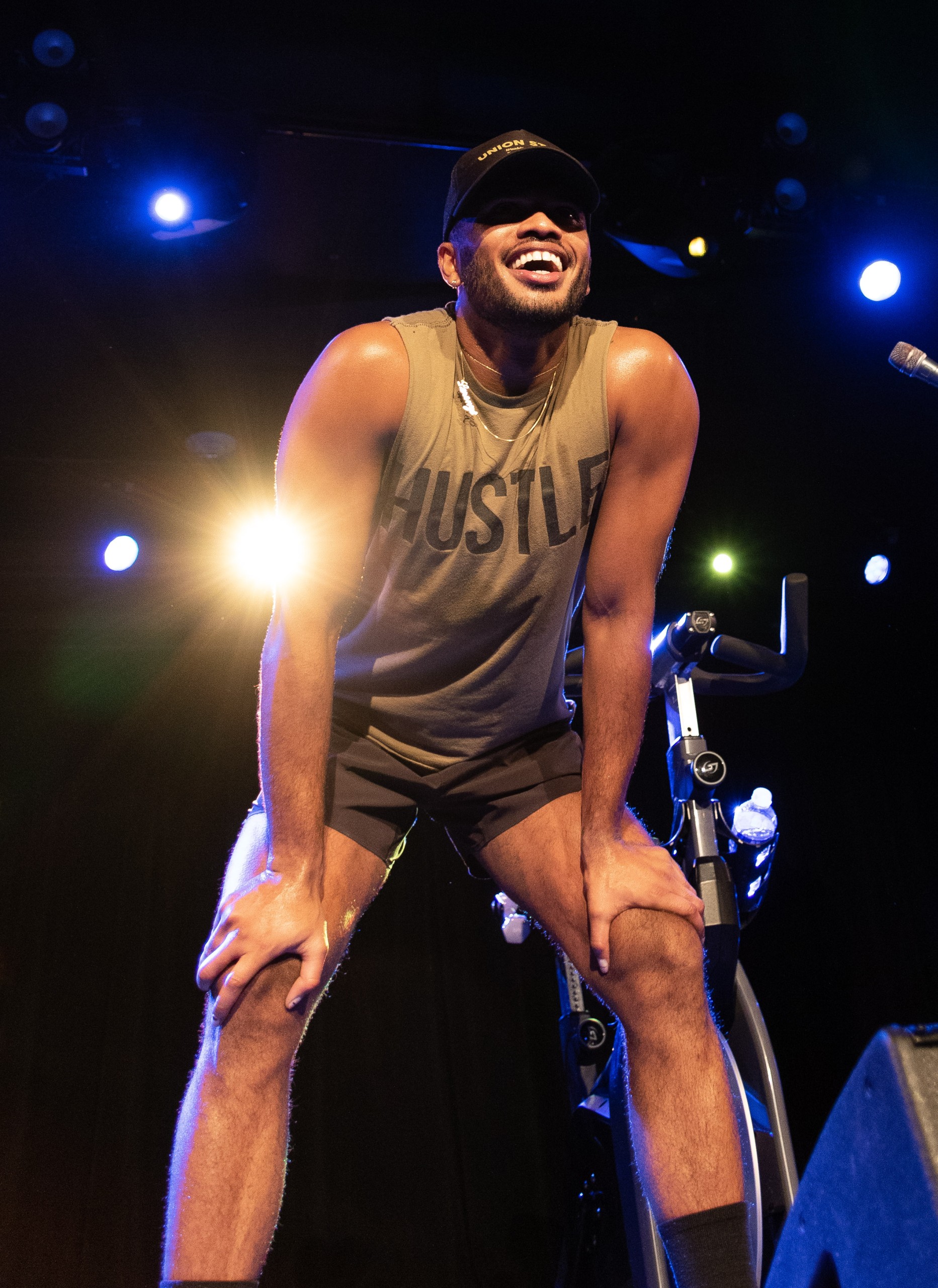 When SoulCycle master instructor Sunny Miller was furloughed amid the pandemic, she spent some time contemplating her next career move.

“I waited around a couple months, just wondering what was going to happen in the world and then decided I had this huge community and following,” Miller tells Arlington Magazine. “I was trying to figure out a way how I could bring everybody back together in a safe way.”

About two years, a series of virtual courses and a handful of pop-up locations later, the owner of D.C.-based Hustle is preparing to open her first brick-and-mortar studio in 2023. Conversations about a retail location near Amazon HQ2 began more than a year ago, Miller says—planning that has accelerated the development of the brand, which provides cycling and HIIT workout classes.

“When I started, I wasn’t really sure what it was going to turn into and where we would eventually have a permanent location,” Miller says. “[The Met Park site] kind of was the catalyst for the growth plan—it really made us think much bigger in where we could go from there.” 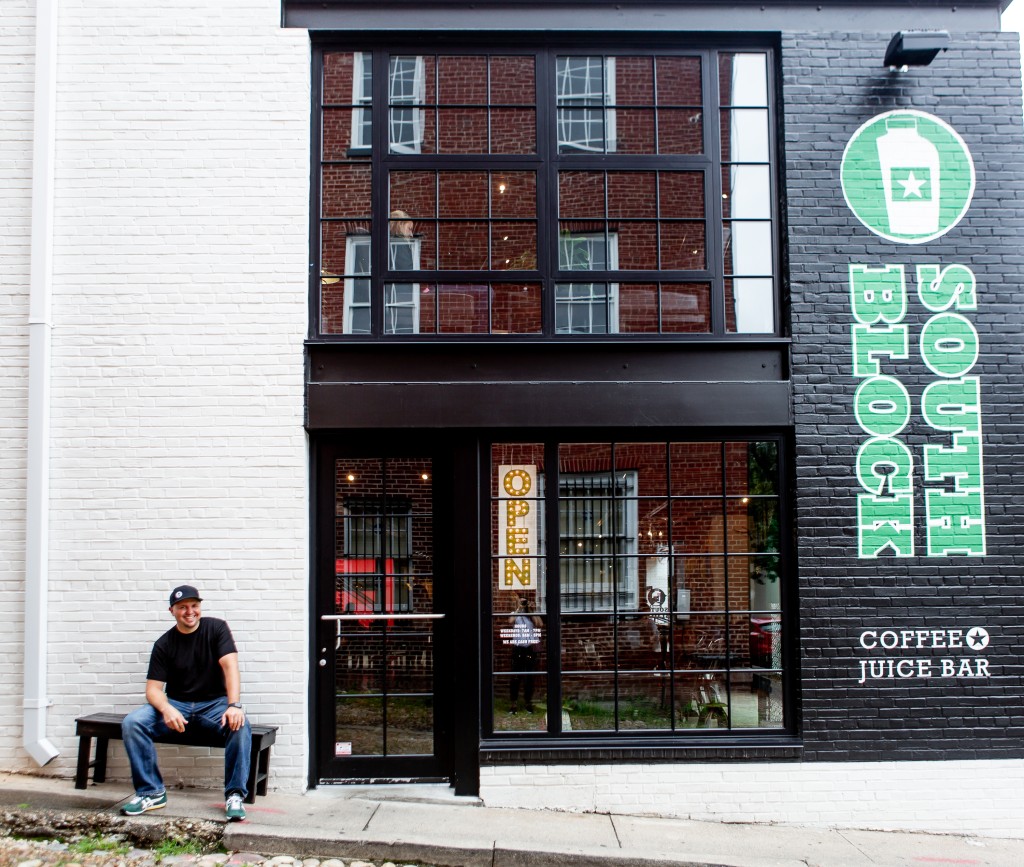 Amir Mostafavi, the founder of juice and acai bowl hub South Block, is on a mission to “make people feel awesome.” (Photo courtesy of South Block)

With products like gladiator bowls, recovery shots and matchacado smoothies, South Block goes beyond your typical blend of frozen berries and bananas. The Arlington-based brand focuses on fresh ingredients and a mission to “make people feel awesome.”

Owner Amir Mostafavi, who grew up in McLean, opened his first shop in Clarendon in 2011. Now the brand has a dozen locations in the D.C. area. In 2019, Mostafavi launched Fruitful Planet, which supports produce donations to local residents who are food-insecure.

“We believe small acts have big impacts, and when we work together as a community we can make a big difference,” Mostafavi told Amazon News in May. 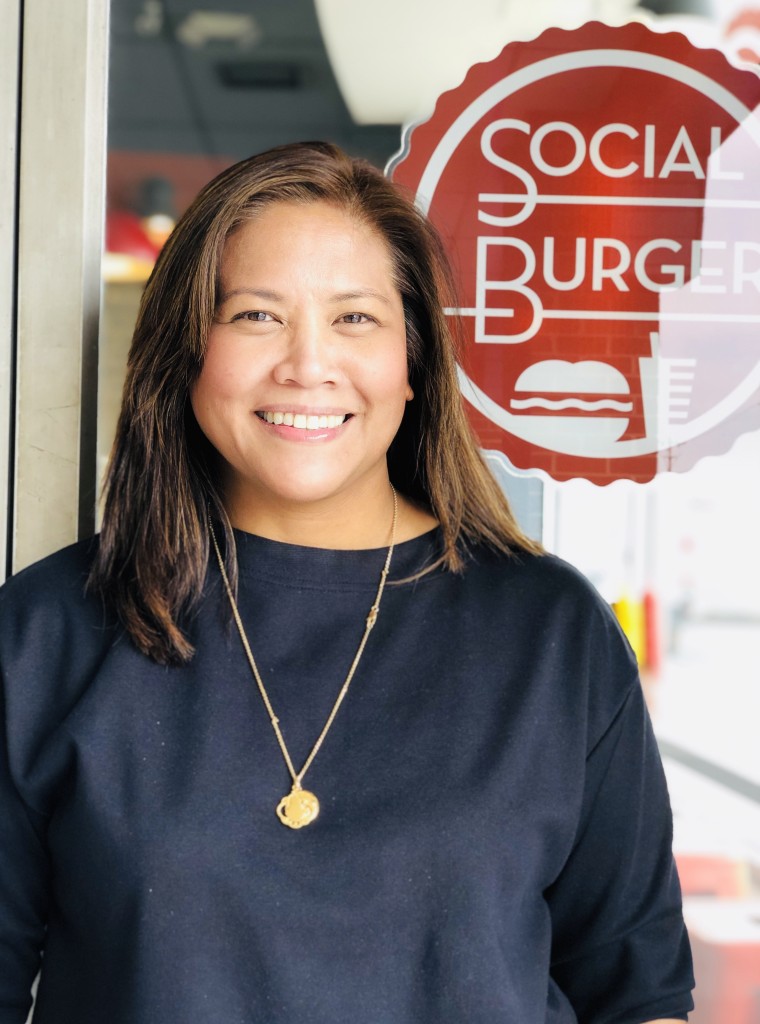 Denise Lee opened Social Burger in Vienna as a place family and friends could gather over a good meal. (Photo courtesy of Social Burger)

Nearly eight years ago, Denise Lee opened the doors of Social Burger, a Vienna eatery designed as a space for good food and good connections. The restaurant’s Met Park location presents a chance to continue that mission, as well as create more jobs, Lee says.

Each week, the restaurant donates 40 meals purchased by guests to a local homeless shelter, an initiative that has served up 6,000-plus meals in the past two years.

In May, Lee told WUSA9 that having a storefront at Amazon HQ2 is the “chance of a lifetime.” 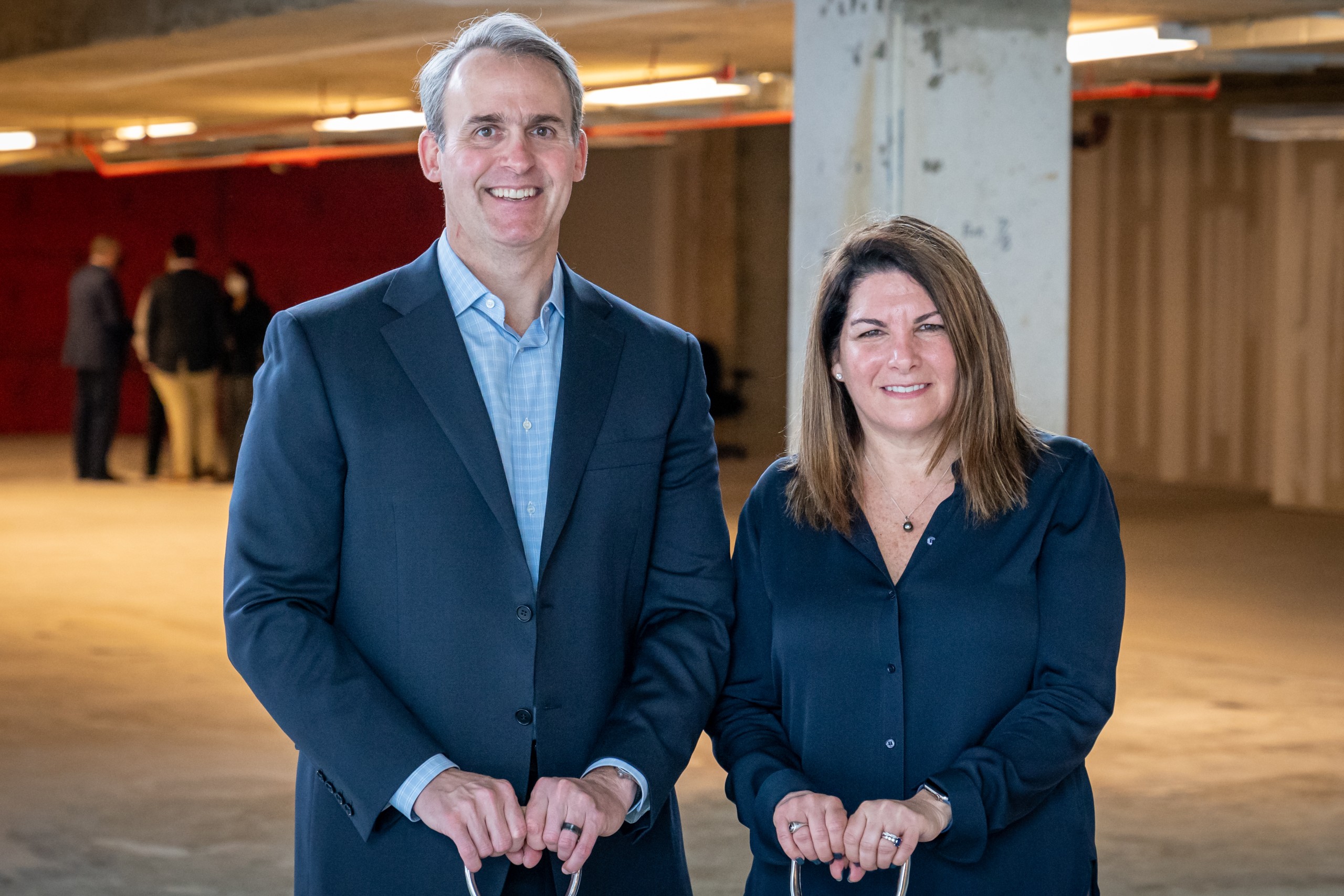 After a nearly two-decade career in law, Kate left to raise her young children, a move that inspired her own interest in quality education for youth. Years later, she and Brian opened their first location of Celebree School, a company founded in 1994 that operates dozens of locations along the Eastern seaboard. The brand offers a host of childcare programs, including daycare and summer camps.

“Partnering with Amazon will allow us to reach a larger subset of the region and provide more quality early childhood education to more families,” Kate tells Amazon News. 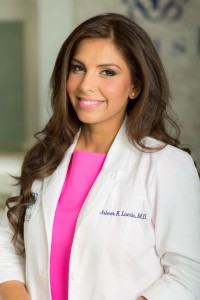 Arleen Lamba is founder of Glo30, which offers custom, monthly facials on a membership basis. (Photo courtesy of Glo 30)

Founder Arleen Lamba spent many years researching various skincare innovations before opening the membership-based shop a decade ago, which now has three locations.

When Amazon approved a location at its new headquarters, Lamba told the company: “You think you’re doing something right, and it’s nice to hear that people you really admire think so, too.”

If you’ve popped by Latin market La Cosecha in D.C. or The Stand in Crystal City in the past couple of years, you’ve probably seen Peruvian Brothers. The brand that got its start with a food truck in 2013 (and now has a fleet of them) is run by brother duo Mario and Giuseppe Lanzone, who emigrated to McLean from Peru in 1997. Next year, they’ll launch their first storefront, joining the bevy of businesses at Met Park.

“We’re going to have a little more freedom and a little more space to bring a few more Peruvian dishes [to the new location],” Giuseppe tells Arlington Magazine. Expect menu favorites, from empanadas to chicharrón sandwiches, as well as some new additions. 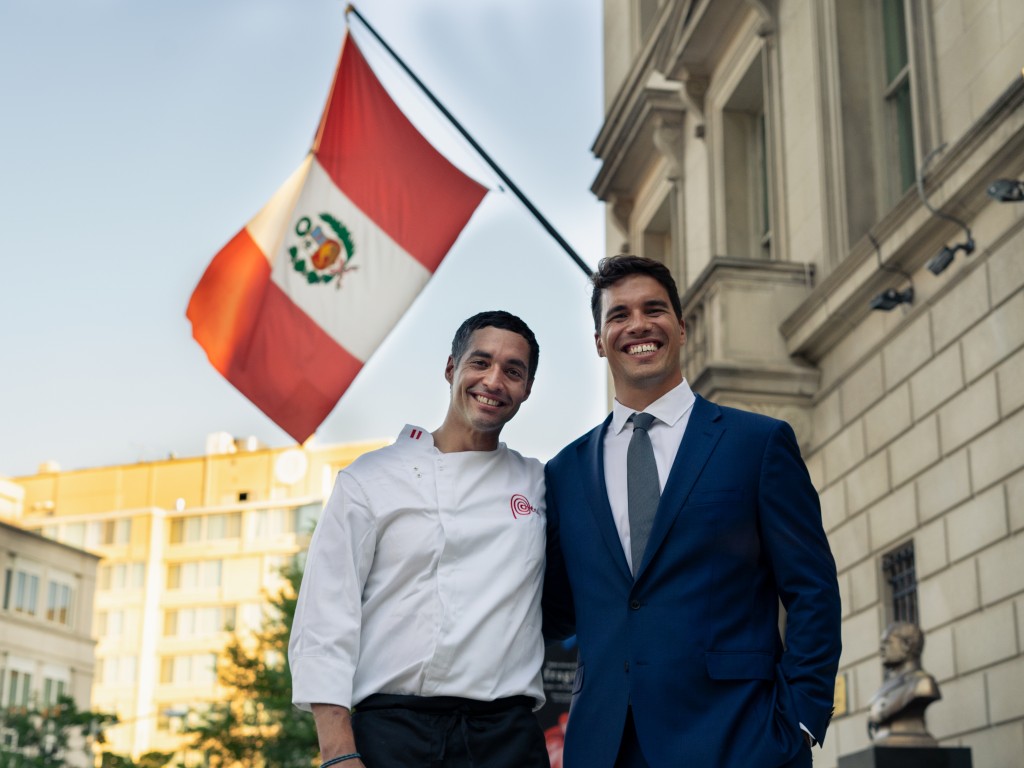 The roughly 2,000-square-foot space will host lunch and dinner service, with a daily happy hour—and a full bar. If you’re feeling thirsty, choose from popular Peruvian cocktails such as a chilcano (pisco, bitters, lime and ginger ale) or an el capitán (pisco, bitters, vermouth).

“We want this spot to be a place where people from the community can come and have food at any time, but also people that work at Amazon and work at different places … [can] have a drink and a bite before they go home,” Lanzone says.

The menu isn’t the only place the Lanzone brothers intend to highlight their culture. You’ll also find live Peruvian music at the eatery, as well as art installations featuring Peruvian artists and artifacts from the South American country.

The company’s Met Park location may be the first in a series of future brick-and-mortar locations. But the Lanzone brothers aren’t in a rush to expand.

“We’ve been going one step at a time,” says Lanzone. “We are definitely looking forward to keep growing the business, but … we believe in quality over quantity.” 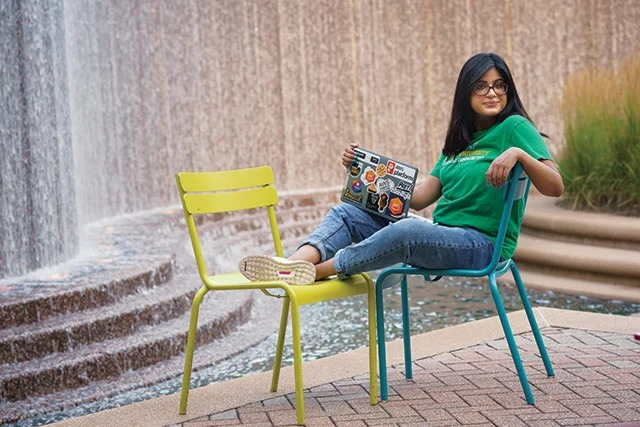 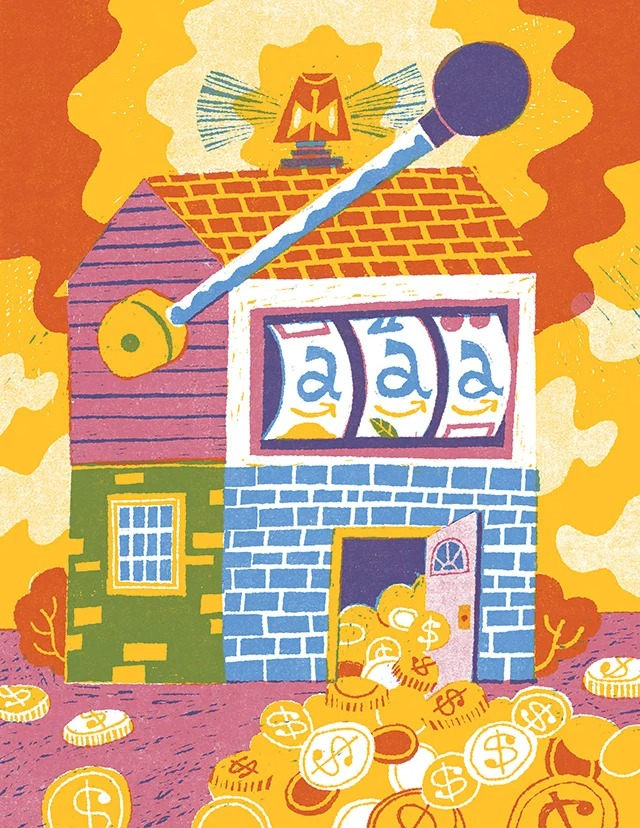