She Believed Black History Could Be Taught Better

So she wrote a curriculum that's now offered in more than a dozen Virginia school districts. 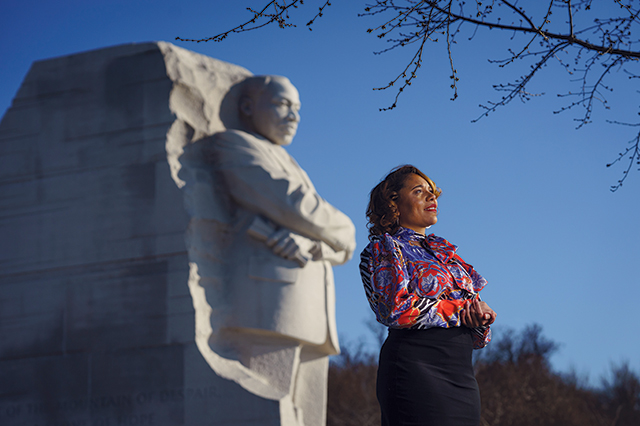 Since the fall of 2018, Antoinette Dempsey-Waters has taught an African American history course at Wakefield High School—one that she wrote.

She remembers pitching the idea for the class—a precursor to a course that is now offered in more than a dozen Virginia school districts—to a Wakefield department head in 2017. They were with a group of teachers visiting the Smithsonian’s National Museum of African American History and Culture in D.C. for the first time.

“When I went, I literally cried because it was everything that I had learned growing up, over the years. All of the stuff that was stuck in here,” says the Bowie, Maryland resident, pointing to her head, “was finally on display in a museum.”

During that visit, Dempsey-Waters was stunned to overhear a young girl say she wasn’t familiar with the Tuskegee Airmen—World War II pilots who were the first Black aviators in the U.S. military. Growing up in Montgomery County, Maryland, she’d often discussed the war with her grandfather, a veteran, and even met some of the Tuskegee Airmen at school.

“This place made me feel validated,” says the educator, who has taught history and social studies for 17 years (she also teaches AP U.S. history, as well as economics and personal finance), “but for so many others, [the museum] was this place of learning all of these new things.”

Inspired to bring its stories to the classroom, Dempsey-Waters started writing the curriculum for a new high school course focusing squarely on African American history. The class begins with ancient African empires and moves forward in time through the present-day Black Lives Matter movement. Each component highlights resilience.

She offers an example from the Middle Passage—the transport of millions of enslaved Africans across the Atlantic to the Americas from the 16th to 19th centuries. Students read primary and secondary accounts of these grueling journeys, including instances of uprising. “The idea [is] that nothing was passive; it was always a revolt, it was always a rebellion.”

The curriculum also incorporates narratives and key figures who haven’t always been portrayed in standard American history lessons. Students explore the roles of Black Americans during the American Revolution. They study Mary McLeod Bethune’s leadership in Franklin D. Roosevelt’s “Black Cabinet,” a group of advisers who counseled the president on ensuring greater equity for African Americans. 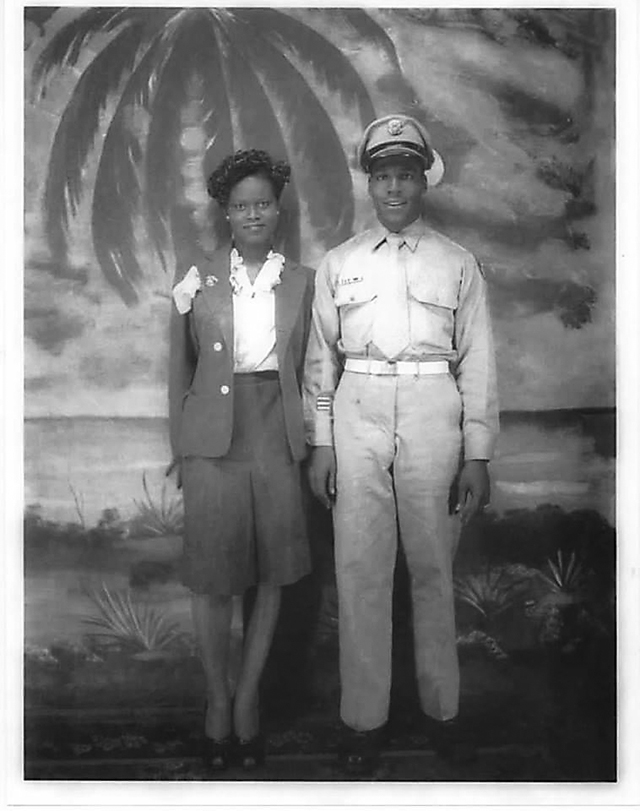 Dempsey-Waters’ grandparents on their wedding day in 1945. Courtesy photo

In 2019, the year controversy erupted over a racist yearbook photo that appeared to show Gov. Ralph Northam in blackface, the Virginia Department of Education created a committee of historians and teachers, including Dempsey-Waters, to develop a new version of the course that would be taught in 16 school districts across the commonwealth. Virginia is one of several states to revise its African American history curricula within the past two years.

That same year, Dempsey-Waters was named “History Teacher of the Year” by George Washington’s Mount Vernon.

One of her class projects asks students to lead “teach-ins” for their peers in which they test fellow students’ knowledge of African American history before designing lessons that correct misinformation and fill in knowledge gaps.

Students aren’t the only ones who need guidance, she says. In her very limited spare time (she and her husband have an infant and a 4-year-old), the Temple University and George Mason University alumna has been writing a pamphlet to help better prepare history educators.

“I start with, ‘Reflect on how you have benefited from the fight of African Americans,’ ” she says, before referencing citizenship and its roots in the Reconstruction-era 14th Amendment. It states that all individuals who are born or naturalized in the United States are U.S. citizens and afforded “equal protection of the laws.”

“Most people don’t understand how, when African Americans fight for equity in the United States, it’s equity for everyone,” she says.

Dempsey-Waters recently submitted her syllabus to the College Board for a potential AP course—a version that, if approved, could be taught nationwide.

“I will be the first person in line ready to teach it, ready to help anybody,” she says. “My honest belief is that if we teach our children the truth, how we got to where we are today…we can delete a lot of stigmas and stereotypes that people have for each other and we can simply accept each other as humans. You’re just an American.

“That’s what my hope is. That eventually there will be no separate course—that it will be just all U.S. history. All of it all together.”

Eliza Berkon is an Arlington-based writer and host of the music podcast Formative Tracks.

These Teachers Will Inspire You
6 Teachers We Love
10 Black History Icons, Landmarks and Milestones