Solace in A Minor 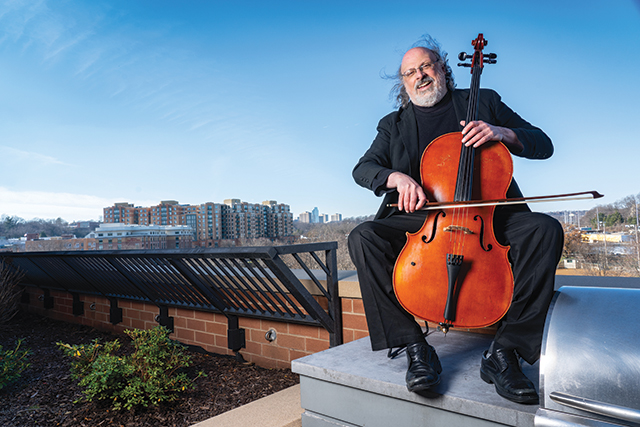 James David Jacobs on a rooftop in Shirlington. Photo by Skip Brown

Music is more than a passion for James David Jacobs. It might be his salvation.

It has certainly kept him sane during the pandemic as he makes the short walk from his Shirlington home to WETA’s studio on Campbell Avenue, where he works as a radio announcer.

When he isn’t serving up Bach, Beethoven and Brahms for your musical pleasure, he’s often creating music at home. He’s a master of multiple instruments, and a composer to boot.

Jacobs’ lifelong love affair with music began at an early age, sparked by the influence of an older brother six years his senior. “Ben played bassoon,” he recalls of their childhood in southern California. “He was playing the Bach Cello Suites on bassoon, and one day he came home with a recording of Pablo Casals playing them on cello. When I heard that, I realized that was the instrument I needed to play.”

But first, Ben taught him how to play the recorder. Together they would perform recorder duets on the streets in a form of high-pitched busking. It’s a happy memory from a youth otherwise marked by adversity.

Jacobs, now 59, was born in New York, the youngest of five children. His father, a World War II veteran who had been working in his family’s clothing business, got an opportunity to strike out on his own in California. The family moved to Los Angeles when Jacobs was 5.

Tragically, his father died of a heart attack less than a year later, having spent his final months working long hours at a warehouse job that barely kept the family afloat.

Jacobs’ mother bravely took over the large family, drawing on her background as a singer and actress to try and get her kids into show business. As a result, Jacobs made his television debut at age 8 when he appeared on The Linkletter Show in one of host Art Linkletter’s signature “kids say the darndest things” bits.

A few months later his mother sustained irreversible brain damage in a car accident that left her cognitively impaired. Jacobs, who was also in the car, fractured his collarbone but was otherwise unharmed. 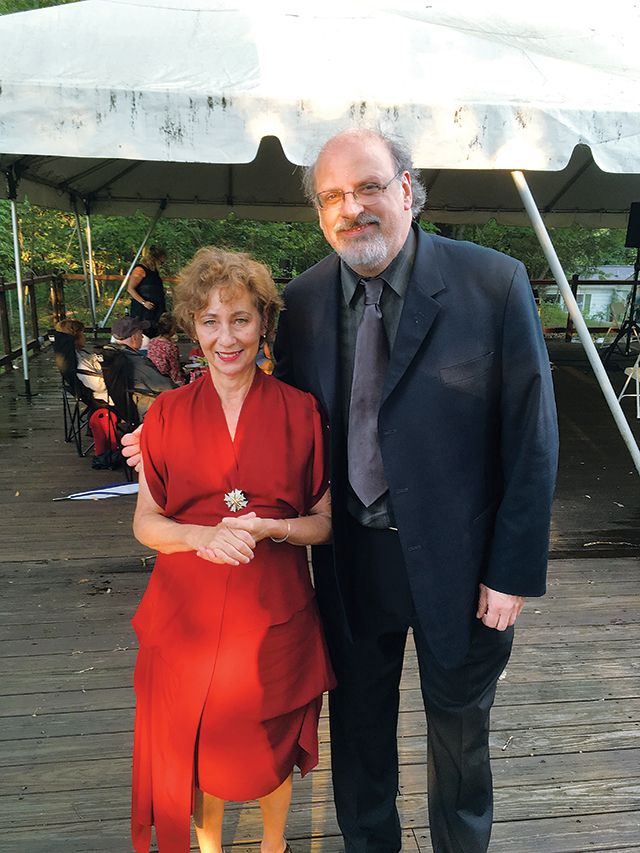 He was 13 and living with his mother in Berkeley, California, subsisting on government checks, when a social worker determined that he could no longer live there safely, making him a ward of the court. By then, he was studying music with Milly Rosner, a prominent local cello teacher who had offered him lessons for free after hearing him play in a school concert.

When Rosner heard that her pupil was in need of a foster home, she invited him to live with her. Jacobs is convinced that generosity not only saved his life, but changed his perspective.

“It opened up my world,” he says. “I got to hear, meet and work with a lot of great musicians.”

He attended Berkeley public schools, known at the time for their robust music program, borrowing a cello for his lessons at school. (To this day he remains a fierce advocate for public school music education, wanting all children to have the opportunities that were made available to him.) He remembers checking out stacks of records and musical scores from the library, reading the scores during lunch and recess the way other children read books.

“Music gave me profound solace,” he shares. “It offered a source of beauty and order to which my dysfunctional reality could aspire.”

He became an avid listener of local classical radio stations and dreamed of one day becoming a radio announcer.

Though cello was his primary instrument, Jacobs curiously picked up others—including double bass, trombone, viola da gamba (a type of bowed string instrument prevalent in the Baroque era) and shawm (an early form of oboe).

His first major professional job, at 20, involved playing many of those instruments for the Oregon Shakespeare Festival in Ashland, where he also appeared in plays. That’s when he made his first radio appearance, with the festival musicians, on A Prairie Home Companion.

Jacobs remained on the West Coast for another decade, piecing together a living, as musicians so often do. He joined classical chamber ensembles booked for weddings, taught private lessons and worked in record stores. He played and composed music for dance and theater productions, performed in both klezmer and rock bands, and toured as an orchestra member for ethnic dance ensembles. He helped produce concerts and served as a conductor for a children’s choir, a community reading orchestra, a Bach cantata group and a teen musical theater company.

“The largest live concert I ever performed in was at a sold-out San Francisco Civic Auditorium, where I was playing bass balalaika,” he says.

In retrospect, the wide variety of experiences helped prepare him for a career in radio. “While I certainly learned a lot from the tremendous musicians I got to work with, I learned just as much from the children and amateurs that I worked with,” he explains, “the customers at the record store, the young couples hiring me to play for their weddings. They taught me what people who aren’t professional musicians get from music—what it means to them in their lives, how music feeds their souls. That’s what I keep in mind when I’m on the air.”