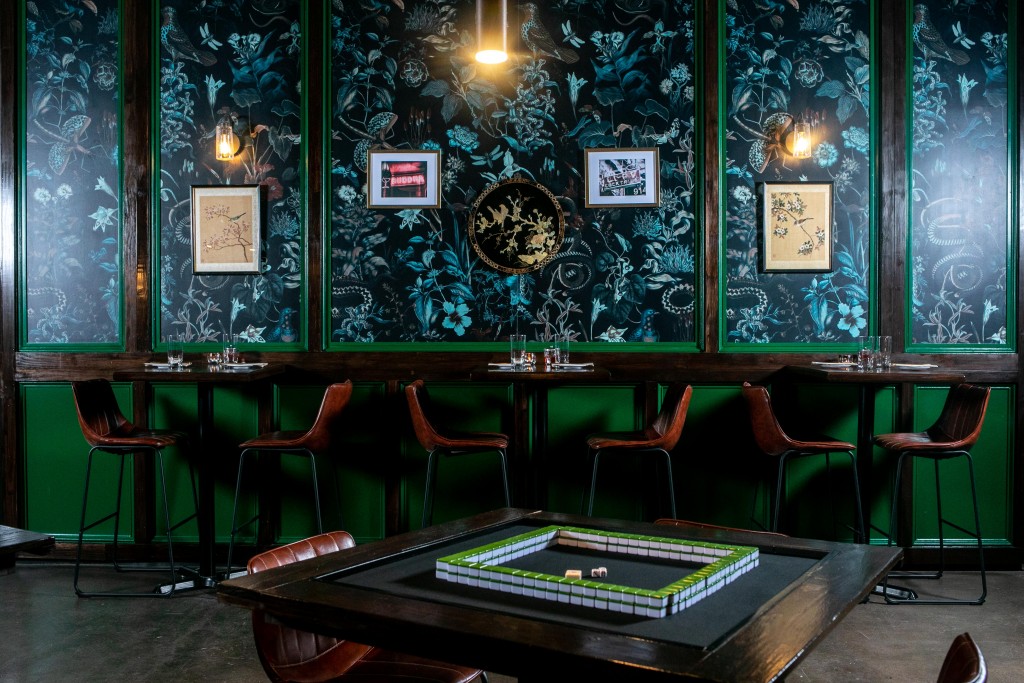 Tucked behind Bun’d Up, Sparrow Room dishes out dim sum and craft cocktails. But its centerpiece is mahjong. (Photo by Mariah Miranda Photography)

Scott Chung, the restaurateur behind Bun’d Up, was chatting with fellow chef Andrew Lo not long ago about how to best make use of the back room of his Taiwanese gua bao eatery in Pentagon City. Chung had a vision for a dive bar. Lo suggested a hub for mahjong.

The end result is Sparrow Room, a speakeasy-style cocktail bar and dim sum restaurant at Westpost (formerly Pentagon Row) that opens Thursday, Jan. 27. But neither the old fashioneds nor the siu mai are the focal point of the dimly lit, one-room salon. Instead, it’s a game dating back to the 1800s.

“I worked in Asian American civil rights … and for me, it was always easier to engage people and bring people into your community through a celebration of your culture,” Lo says. “Mahjong is a celebration of culture. And who doesn’t like a good cocktail and some dim sum?”

Lo grew up in Kansas City, Kansas, where his parents run a Chinese restaurant. He recalls seeing a good deal of “backroom mahjong games” among restaurant staff after working hours.

“Mahjong, in the Chinese community, has always been a relaxation-type activity,” Lo says. “If you go to Hong Kong, you can see in the streets, after storefronts close … the aunties and uncles playing in garages and stuff like that. And it was very similar to what was going on in our restaurant and our homes back in Kansas City.”

The game, which derives from 19th-century China, entered the U.S. market in the 1920s and has experienced a recent resurgence in popularity (and also was embroiled in a controversy when a trio of white women produced a version criticized for cultural appropriation). A few years ago, Lo offered mahjong lessons at Union Market in D.C., working with now-shuttered Burmese grocer Toli Moli. He also helped run a series of courses at Bun’d Up in fall 2021.

At Sparrow Room, three custom mahjong tables stand on ornate carpets at the center of the room, with another three tables set aside for weekly mahjong classes of up to 24 players. All the staff, Lo says, are well-informed mahjong players and can help guide any novices. Printed guides are also available.

“A lot of the purpose of the space is to be a cultural touch point,” Lo says. 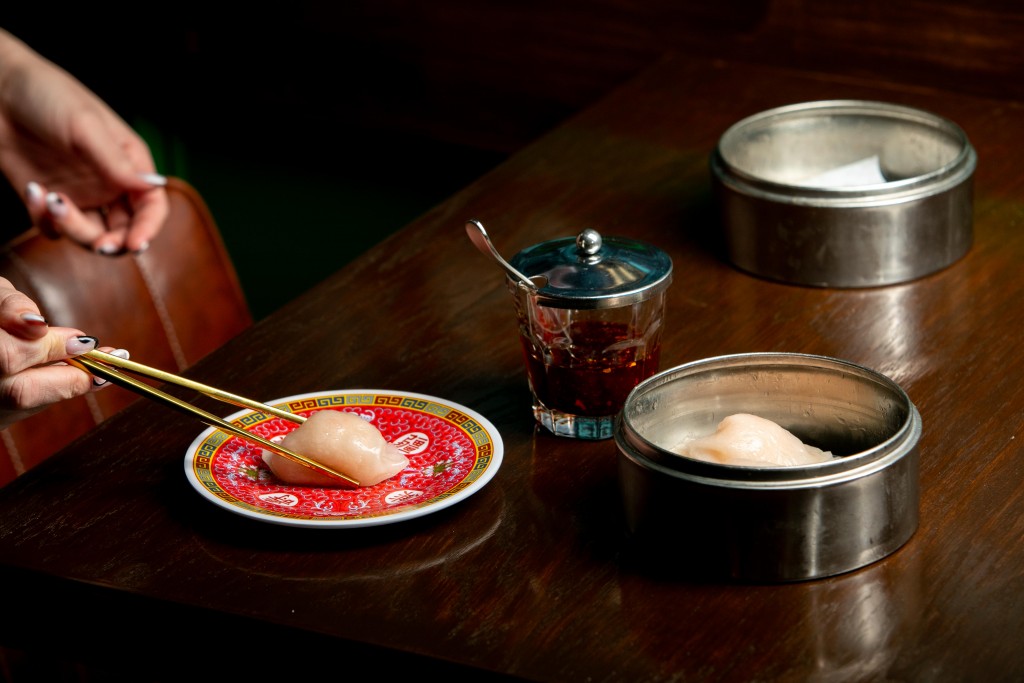 Chung—who owns Bun’d Up, Rice Crook and two currently dormant concepts—Wild Tiger Barbecue (with chef Kevin Tien) and Lucky Cat Pizza—met Lo in fall 2020. Chung had been strategizing with Tien about their Asian American barbecue pop-up when Tien suggested Lo come on board as a chef. The 30-year-old now serves as culinary director for all five concepts.

The restaurant seats 46 (though the 12 seats beside the mahjong tables are for playing and drinking only) and serves a mere 10 items on its food menu. Lo, who grew up making dim sum at his family’s restaurant, recommends ordering the trio of dim sum sometimes referred to as the “holy trinity”: siu mai (open-faced pork and shrimp dumplings), char siu bao (barbecue pork buns) and hao gao (crystal-skin ginger and shrimp dumplings with white pepper). For something heftier, he looks to the salt-fish eggplant, noting its “funkier” flavors may be less familiar to some of Sparrow Room’s visitors.

“[We’re] doing a little bit of cultural education through the food and the menu as well,” he says. 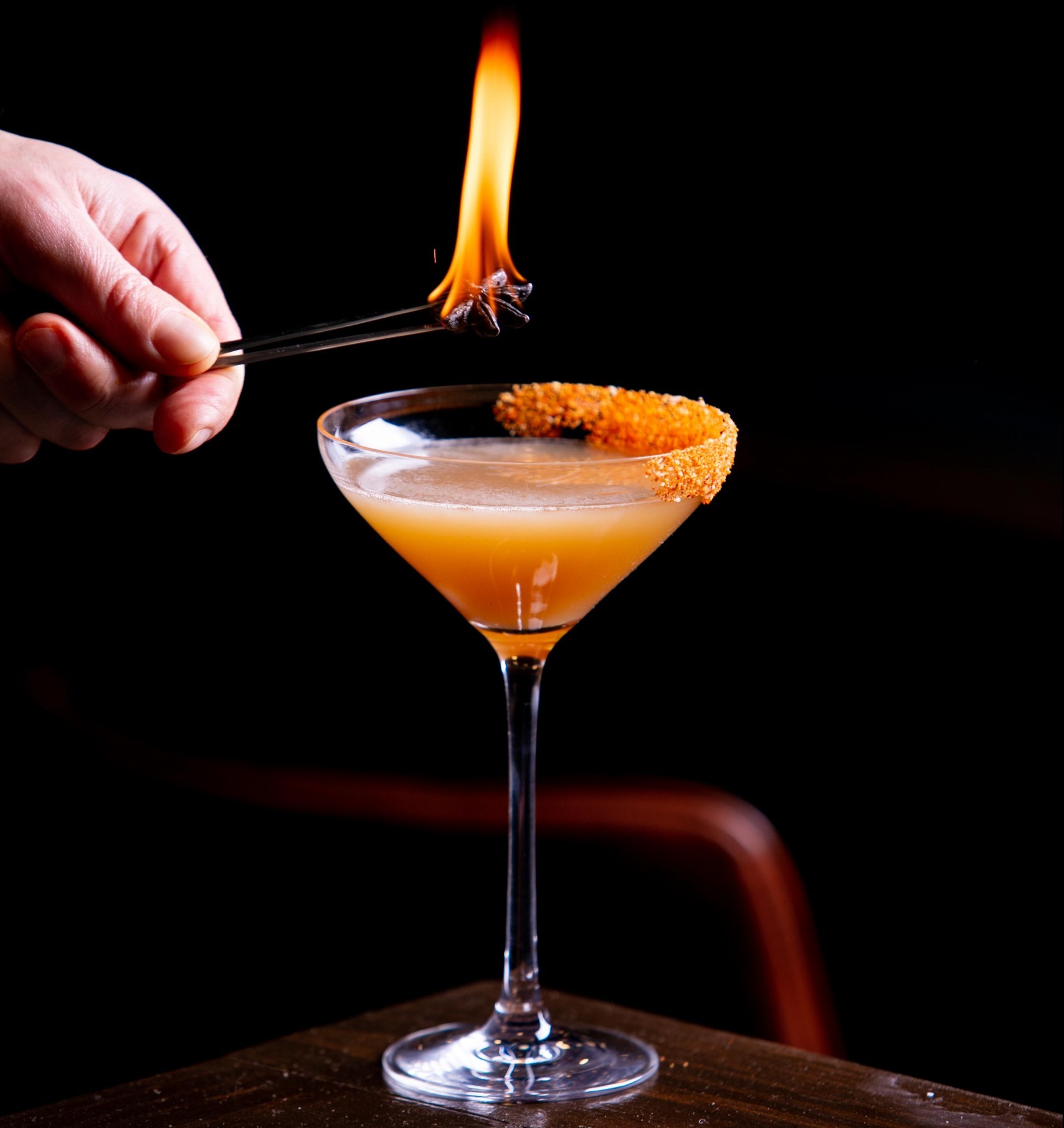 More than a dozen cocktails are on the menu, including four zero-proof varieties. (Photo by Mariah Miranda Photography)

Lo’s menu choices dovetail with the bar program, crafted in consultation with Micah Wilder and Hunter Douglas of D.C. bar and restaurant Mercy Me. Many of the 14 cocktails, divided into categories such as “fizzy and sour” and “shake and chatter,” are designed to complement the cuisine. The Red Dragon Lion’s Tail, for example, incorporates the same chili used in the kitchen’s chili oil. And the Bamboo Manhattan is topped with a sliver of crispy pork belly. A few wine and beer selections are also available, as well as zero-proof versions of four of the cocktails.

From the look of it, the ornate parlor seems as if it were always destined for the space. But for nearly two years, the room’s sole purpose was storage.

“There were just boxes in here,” Chung says. “You would not believe what it used to be.” 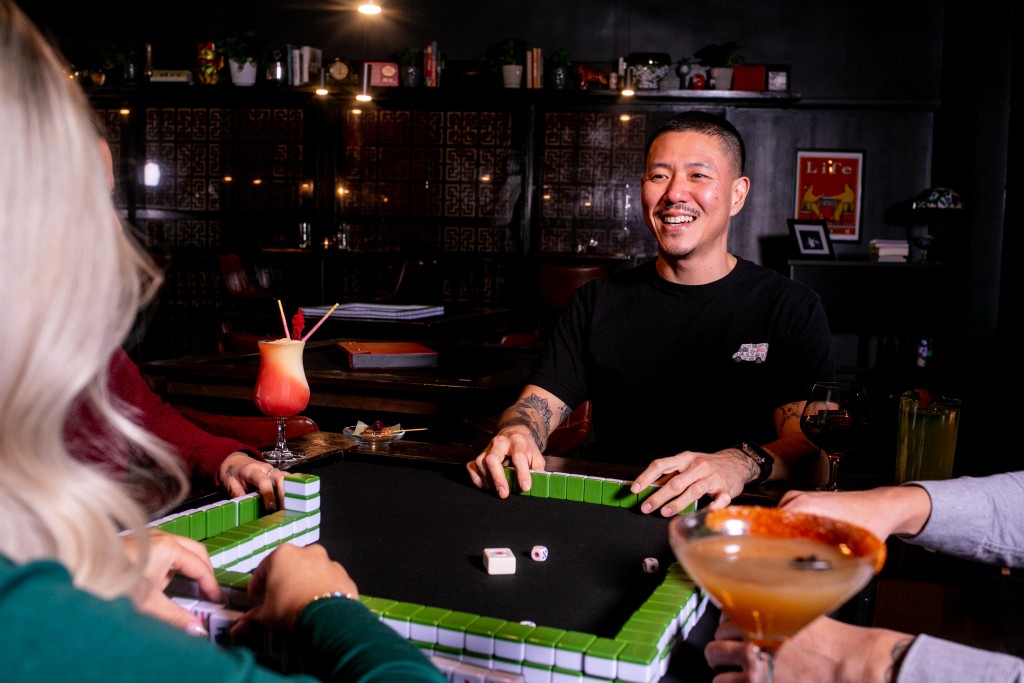 Fast-forward to 2022, and its aesthetics have the feel of a “living room,” as Lo puts it—albeit a swanky one. The interior decor is DIY but hardly looks it. Team members selected the floral wallpaper, the color story and the smattering of books that rest atop a floating shelf, grabbing titles from their home collections. A staff member purchased the large fan above the banquette for $5 at a thrift store.

“It’s homegrown in the best way,” Chung says. “It’s not like … a corporate company just coming in here and throwing out millions of dollars to make this a really fancy place.”

As Chung and Lo prepared for Sparrow Room’s grand opening, they were already fielding questions about potential sister locations.

“We know it’s going to already be crazy for us this weekend, [making it difficult] to even think that far ahead,” Chung says. “It’s exciting that there’s potential, but I think everyone’s just set on this weekend and seeing all our hard work pay off in the moment.”

But both he and Lo are keeping the option on the table.

Sparrow Room is located at 1201 S. Joyce St., Suite C5, Arlington (Pentagon City). It is open Thursday through Sunday from 5-11 p.m., and also hosts mahjong classes at 6 and 8 p.m. on Wednesdays.

This post has been updated to clarify Andrew Lo’s hometown.

→ Get Your Bao Bun Fix at This Pop-Up