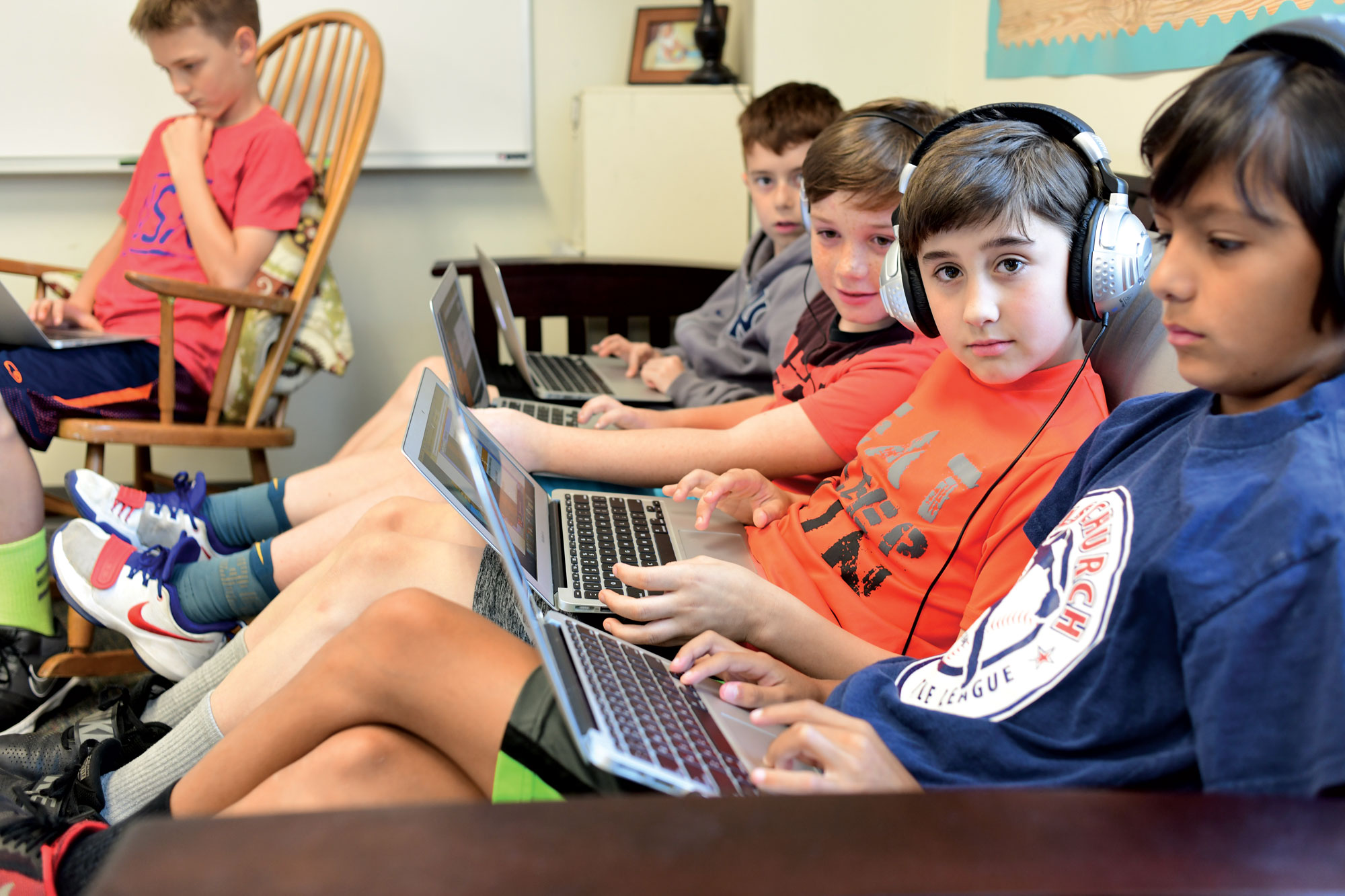 Peter Bui, a former teacher and now a private tutor in Arlington, sees classroom technology as a mixed bag. Teachers who embrace it have more tools to draw students in and keep them engaged, he says—like the online scavenger hunt one clever Williamsburg Middle School history teacher created as an extra-credit assignment, which prompted students to “unlock” information about historical figures such as Thomas Jefferson.

At the same time, Bui says he’s heard a drumbeat of complaints about inconsistencies in how teachers use instructional technology and their levels of fluency. (APS’ current list of “approved apps and online resources” includes roughly 70 different products.)

Neighboring school districts are experiencing similar growing pains. In an August 2017 study of Fairfax County Public Schools’ digital learning initiative (called FCPSOn), researchers at Johns Hopkins University found FCPS teachers, students and parents all reporting higher levels of student engagement and collaboration—but all three groups also expressed reservations about the shift in teaching practices. Parents feared the loss of multisensory instruction and worried that their kids would lose social skills. Some teachers said they had received “pushback complaints” from students in response to self-directed learning. (“You’re the teacher, you’re supposed to teach me.”) Middle school faculty reported having to arrange desks so they could monitor how devices were being used during the school day. They also had to establish rules about information-sharing between students outside of class.

“[Students] are becoming very sneaky,” one teacher said, “and it’s hard to stay one step ahead of them because they are always two steps ahead of us with how to use technology.”

“One of the biggest challenges we had was helping parents recognize that when we use technology in schools, it is purposeful,” he says. “Many parents were concerned about screen time. [Students] are not just playing the games; they’re not being distracted. They’re in a safe place to explore and create.”

As in other school districts, every Falls Church City student, parent and employee must sign the school system’s “Internet Safety and Acceptable Use of Electronic Media” policy—which includes a long list of prohibitions, including creating viruses, hacking, downloading personal information, using the devices for illegal activity, selling or buying products online, and downloading copyrighted material without permission.

But how many of us really read the fine print before clicking “agree”?

Parents also are verbalizing worries about the effects of laptops and tablets on children’s health, citing side effects such as eyestrain, fatigue, reduced attention spans and depression. Last spring, Maryland became the first state in the country to require its education department to develop health and safety guidelines for the use of digital devices in public schools.

Even teachers are conflicted about the new tools at their disposal. In an April Gallup poll of K-12 educators nationwide, 48 percent of K-8 teachers described digital devices as “helpful” in the academic realm, while 29 percent said they were “neither helpful nor harmful” and 23 percent described them as “mostly harmful.” High school teachers were more evenly divided, with 36 percent describing the devices as “mostly helpful,” 30 percent “neither helpful nor harmful” and 34 percent “mostly harmful.”

Perhaps more revealing, though, were teachers’ thoughts about technology’s impact on students’ physical and mental health: A clear majority, in all grades, said digital devices had a mostly harmful effect.