“It keeps kids learning, but it’s not drudgery,” says Principal Judy Apostolico-Buck. “They get this really rich experience.” (Teachers get time off during intersessions unless they want to teach during the break.)

The year-round calendar, Apostolico-Buck adds, is particularly effective for the 68 percent of the school’s students who qualify for free and reduced lunch. Their parents often work multiple jobs, making camps with varying drop-off and pickup times difficult to manage. So is finding the money to pay for child care before and after camp.

Fifth-grade teacher Toni Gelston, who has been at Barcroft for 22 years, says she at first opposed the idea of a year-round school calendar. Kids need a break, she thought, remembering the childhood summers she spent in Mississippi, reading away the hot days. “But then I realized most kids [here] don’t have a real summer,” she says. “Both parents are working. A lot of kids don’t have access to books. They may be home a lot watching TV. They aren’t entertained, and it’s good to have a little more structure.” 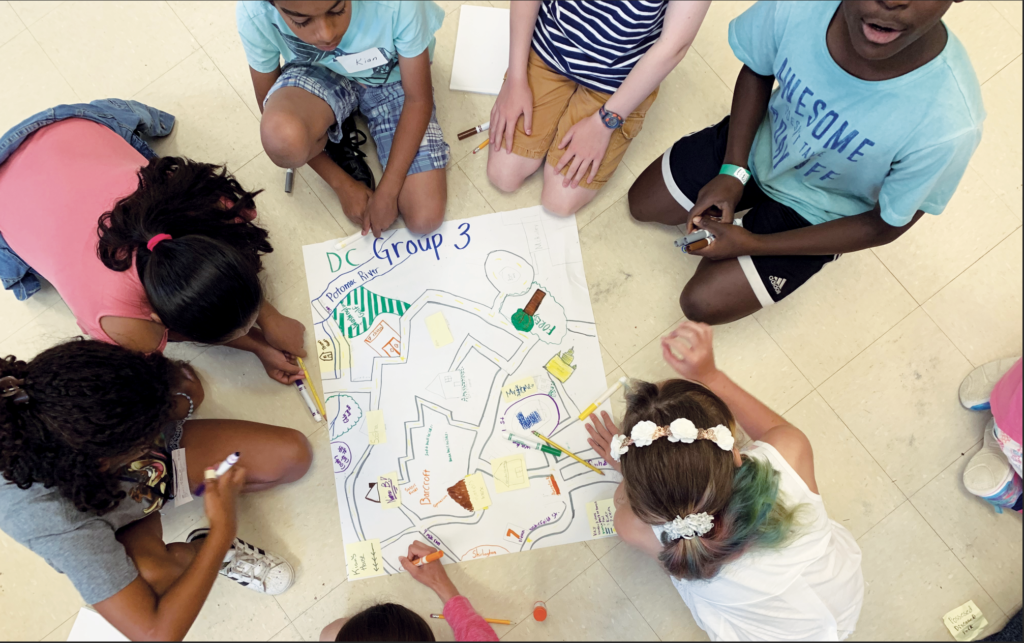 Barcroft parents have embraced the idea, too. Jennifer Weber, Barcroft’s outgoing PTA president, says her kids during intersession have taken school-offered cooking classes and learned about climate change by studying penguins’ eating habits and habitat. She and her husband both work full time and were grateful that they only had to worry about filling five weeks of summer—rather than 2 ½ months—with activities for their son and daughter.
“My children have loved going to school,” Weber says. “When you have a school that’s the hub of a child’s life and it shuts down over the summer, that can be really disruptive.”

The concept of summer slide isn’t new. Educators were fretting about learning loss and how to mitigate it as far back as 1907, when one of the first studies identifying the phenomenon—in New York City—was published.

In the 1970s, sociologist Barbara Heyns measured the academic achievement of about 3,000 sixth- and seventh-grade students in Atlanta over a two-year period. Her landmark study found that summer break can lead to academic regression and exacerbate educational inequities between children in high- and low-income households.