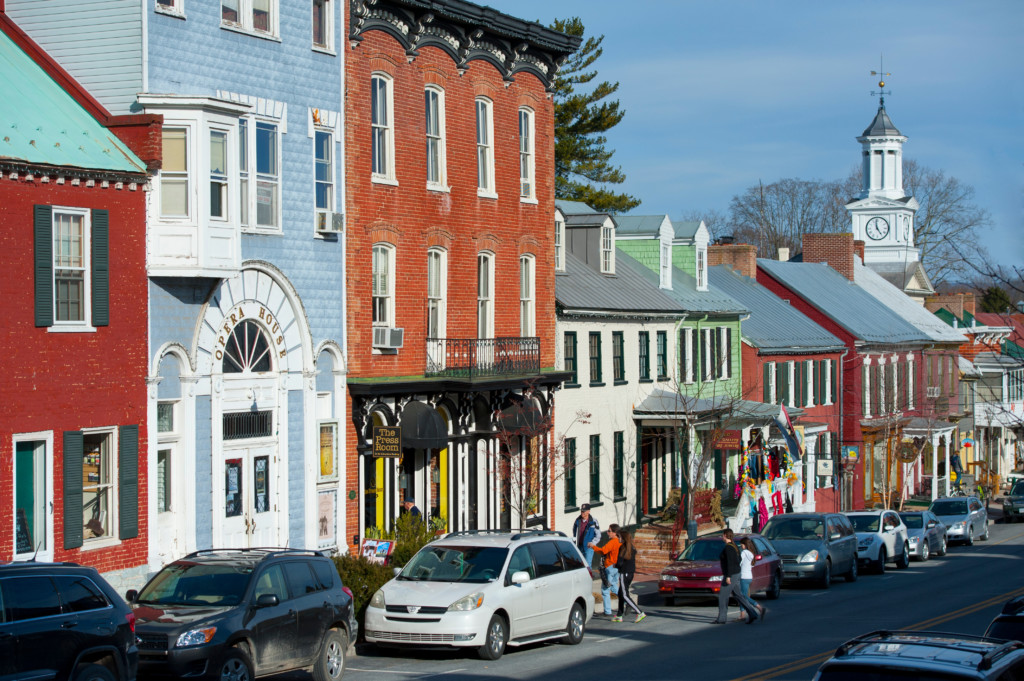 I drive into Shepherdstown at 10 a.m. on a Saturday. By 10:15, I am already being treated like a local. My first stop is O’Hurley’s General Store on Washington Street, just a few blocks off the main drag. While chatting with owner Jay O’Hurley, I mention that I am headed to the historical society to see the museum. (It seems like an appropriate starting point in a place that is reported to be West Virginia’s oldest town, chartered in 1762.)

“The Hysterical Society?” he jokes, handing me a stack of old calendars. “Would you mind dropping these off for me? We’ve been selling them as a fundraiser. Tell them I’ve got an envelope with the money around here somewhere, but I can’t find it right now.”

Pressed into service, I run the errand. “Money?” snorts the woman on the receiving end of O’Hurley’s message. “We wouldn’t know what to do with that around here.” I’ve been in town for less than an hour, and already I am deep into fundraiser gossip. It’s like going to see a play, and then getting invited to climb on stage and join the actors. 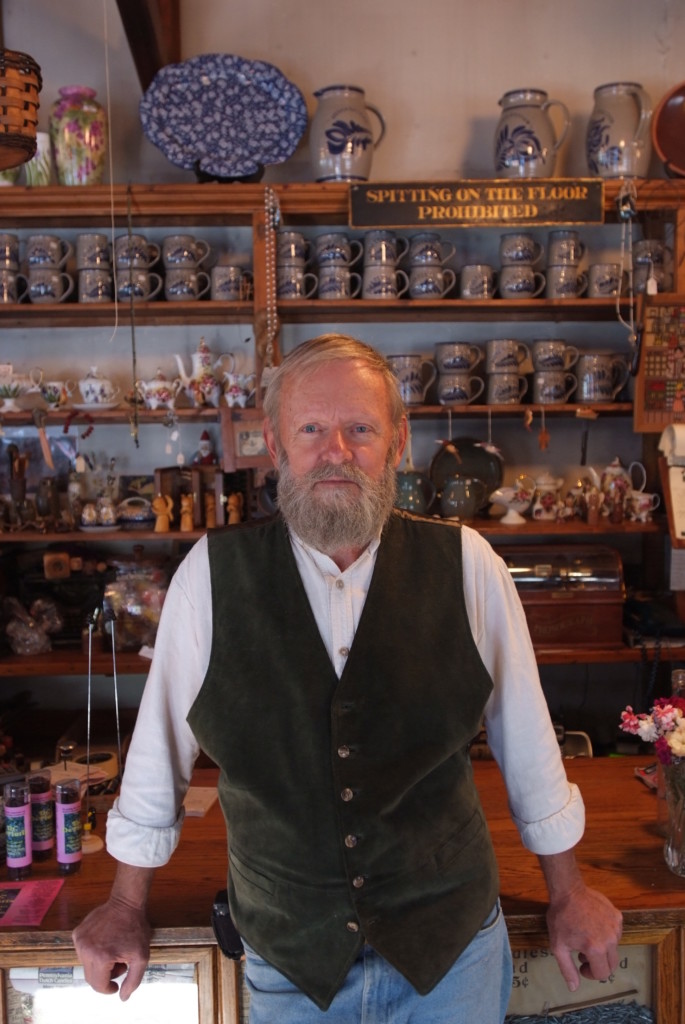 By the end of the weekend, I realize this laid-back attitude is part of the town’s appeal, and a salve for the many power brokers who have come here to escape the frenetic pace of the D.C. area. Jimmy Carter fished here, Nancy Reagan dropped by for lunch, and Bill Clinton visited to attend peace talks.

These former inhabitants of the White House might be onto something. While Shepherdstown can be overshadowed by its famous historical neighbors—Antietam Battlefield, just five minutes away, and Harper’s Ferry, 12 miles down the road—it’s also a great place in its own right to enjoy the outdoors, have a bite to eat, do a little shopping and bask in the peaceful atmosphere of a small college town. Most everything here is within walking distance.

After completing my assigned errand, I wend my way through the Entler Hotel, home of the Historic Shepherdstown Museum. Revolutionary War troops once drilled on the land where the museum now stands before setting off on the famous Bee Line March, walking 600 miles in only 24 days to reach George Washington and his Continental Army in Boston. (A few Revolutionary War soldiers can still be found downtown, buried in the Episcopal Cemetery on North Church Street.)

Parts of the museum date to 1786, and period furnishings on the first floor re-create the heyday of the hotel, when lodging cost 25 cents—although, according to volunteer tour guide Vicki Smith, that quarter purchased only a space in an available bed, which you might have to share with strangers.

Upstairs, the focus shifts to the Civil War, when wounded men from the nearby Battle of Antietam swamped the town, turning it into one vast, overwhelmed hospital. Local lore holds that the operating room was located on the floor above today’s Shepherdstown Sweet Shop Bakery. For days, amputated limbs rained down from the open windows and fell into a waiting cart below.

A red barn behind the museum houses the handiwork of a mysterious-sounding organization called the Rumseian Society, including a half-scale replica of the steamboat designed by engineer James Rumsey, which launched on the Potomac at the edge of Shepherdstown in 1787, a good two decades before Robert Fulton took credit for inventing a similar craft. (Although Rumsey’s legacy now languishes in Fulton’s shadow, Thomas Jefferson reportedly called Rumsey “the greatest mechanical genius I have ever seen.”) A mural behind the boat depicts a crowd cheering Rumsey and his groundbreaking experiment. Smith pauses to mention that the faces in the painting are based on those of area residents. 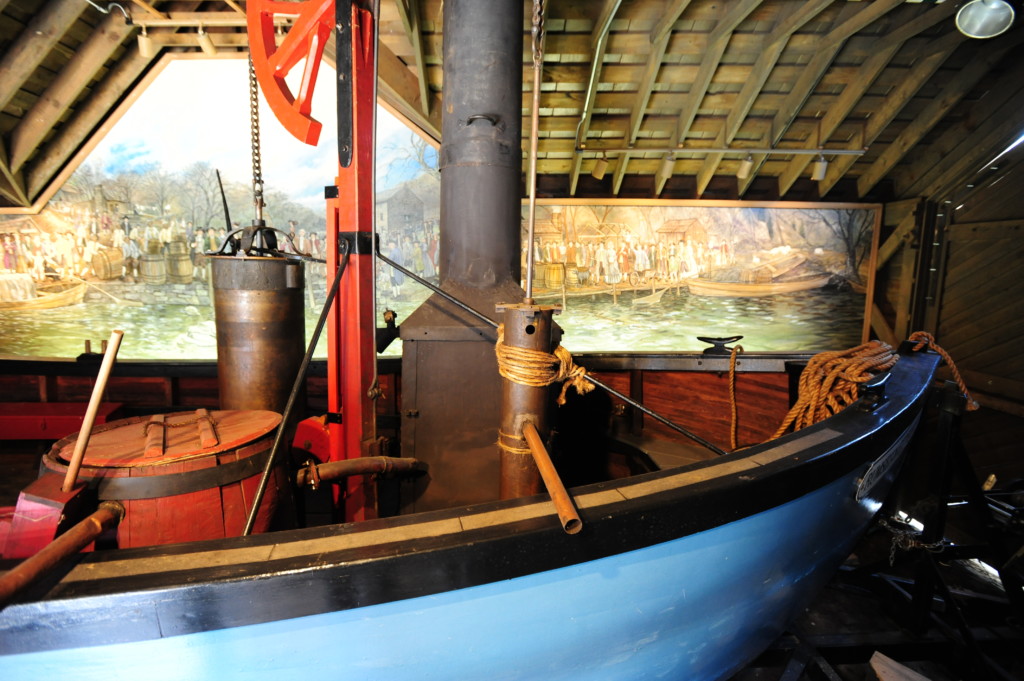 A replica of James Rumsey’s steamboat. Photo by Michael Ventura

Before I leave, I stop by the visitors center that adjoins the museum to pick up a walking tour brochure. It’s a helpful guide to many of the intriguing buildings scattered throughout downtown, like the public library, which stands smack in the middle of King Street, forcing cars to detour to either side. Constructed in 1800, the narrow white-brick building started life as a public market, complete with a whipping post and hog pen.

The second story was built by the International Order of Odd Fellows in exchange for an optimistic 999-year lease. It’s hard to miss the Odd Fellows’ symbol, a giant eye surrounded by fiery rays, staring from the library’s façade. An alarming line in the walking brochure states “some say the eye moves,” although when I ask the volunteers in the visitors center to confirm that fact, they burst out laughing. One finally admits that the eye might come to life “if you’re a college student heading home from the bars on Saturday night.” 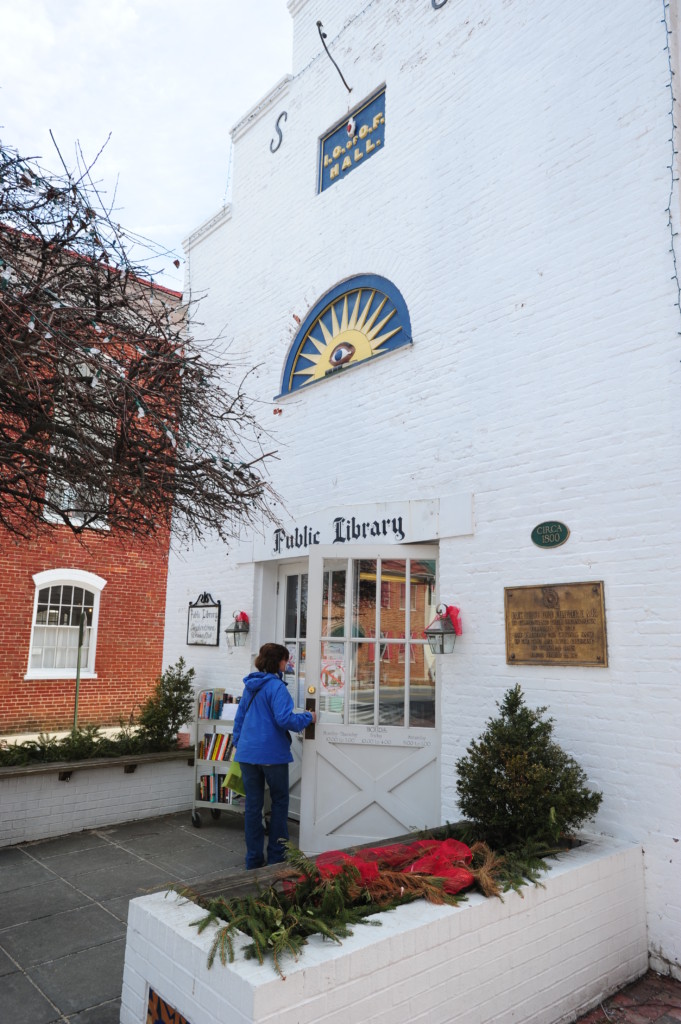 The campus of Shepherd University, a public liberal arts university with some 4,000 undergraduates, sits at the center of downtown, and the school is responsible for another oddity, the aptly named Little House on Princess Street. A miniature yet detailed stone house that measures 10 feet high, it was originally built in 1929 as a lab where student teachers could observe children playing. Although it’s no longer in official use, this overgrown dollhouse is often open for tours during festivals.

Strolling past the quirky boutiques, gardens and historic homes along German Street, I take a left on Mill Street, and eventually reach the Rumsey Monument, which celebrates former resident James Rumsey and his steamboat. The tall stone column occupies a wonderful perch on the bluffs above the Potomac. From this viewpoint, the trains chugging across the river on a long trestle bridge look like pieces of a toy train set.