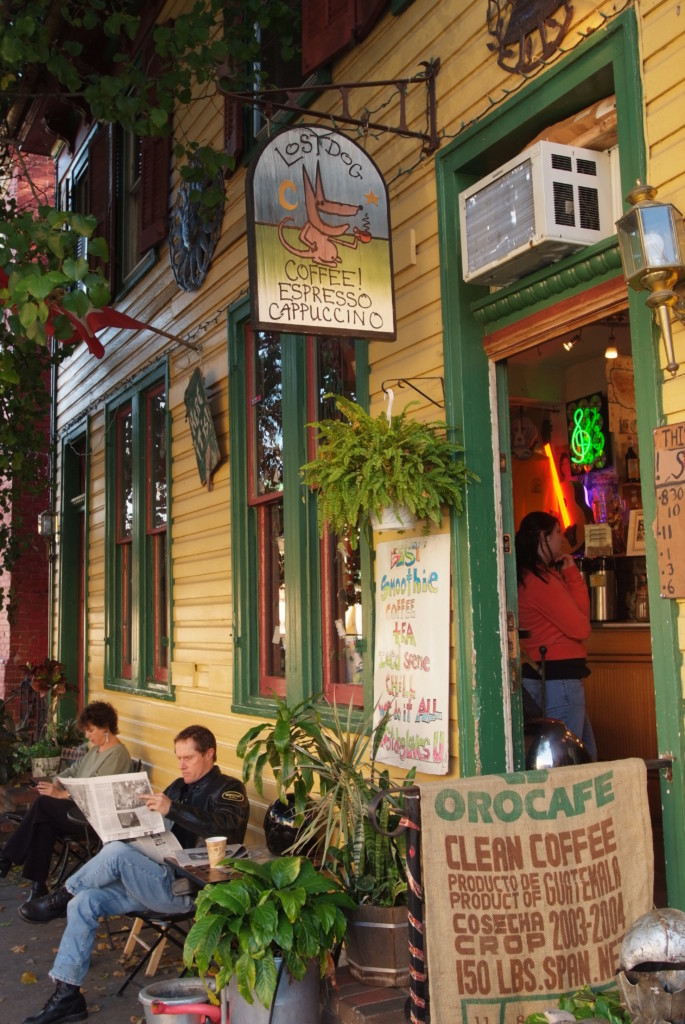 If Shepherdstown had an official verb, it might be “meander.” German Street, at the center of the compact downtown, is an inviting place to wander in and out of shops.  Popping in for a drink at funky Lost Dog Coffee, I’m greeted by a unique taxidermy display featuring a squirrel holding a cellphone and a pheasant being ridden by a troll. The many varieties of biscotti here are homemade.

While any shopkeeper can recommend a good spot for lunch, the staff at Pedal & Paddle can also tell you how to work off those midday calories. The outfitter is a convenient spot to rent kayaks, canoes and bikes to use on the C&O Canal and its towpath, located just outside town. If even thinking about exercising makes you feel like you deserve a treat, try the lavender vanilla cupcakes at the Shepherdstown Sweet Shop Bakery across the street. 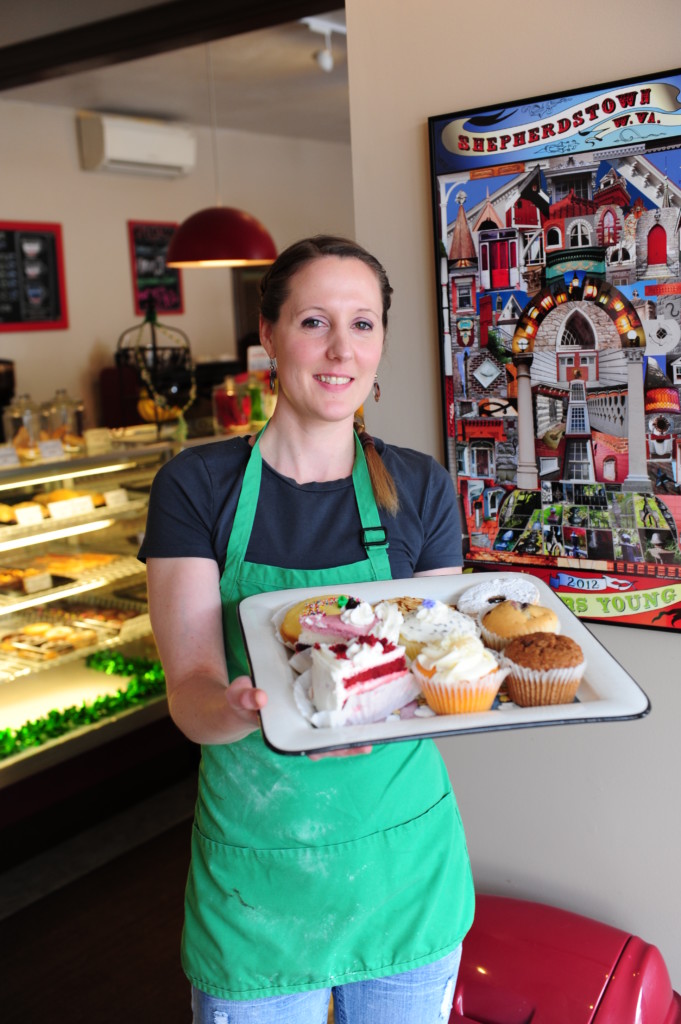 A few blocks away on Washington Street, O’Hurley’s General Store stocks an eclectic assortment of goods, including old-fashioned toys, fair-trade mittens, local honey, cowbells, antiques, handmade chairs, birdhouses, decorative knobs and a few bins of hardware. Owner Jay O’Hurley was born upstairs, back when his father ran the store. Now he mans the front counter next to an enormous woodstove that keeps the building toasty on chilly mornings. The great room at the back of the store is the place to be on Thursday nights, when O’Hurley’s hosts a jam session of Appalachian and traditional music in front of the fireplace.

Snatches of music drift through the streets of Shepherdstown after dark, and it’s not unusual to find someone strumming a guitar or picking a banjo on a bench. Impromptu jam sessions aside, the Blue Moon Café, a popular restaurant, hosts live music on most weekend nights. The intimate and historic Mecklenburg Inn has changed very little since the late 1790s, and is now a pub with a large garden, where I was allowed to cuddle the resident orange cat, B.K. (for Bar Kitty).

Local organizations and Shepherd University also host events ranging from contra dancing, to plays and free screenings of independent films. Another popular concert venue is the Opera House on German Street, a former movie theater that showed films from 1909 to 1956, and today is mostly devoted to music.

With all this cultural activity, Shepherdstown may be a small town, but it’s anything but sleepy. Even after 9 p.m., the streets are fairly full of people sipping coffee, chatting, heading to a pub or leaving a concert.

But the small-town spirit is still alive at four-way stops, where I keep getting caught in a polite version of a standoff that could be called a nice-off, as other drivers take turns waving from their cars and insisting that I go first.

I’m not surprised when I hear Jim Ford, one of the innkeepers at the Thomas Shepherd Inn Bed and Breakfast, say, “many of our guests decided to move to Shepherdstown after visiting for the weekend.”

So come for the music, the hiking, the history or the cupcakes. Just watch out for that scary giant eye.