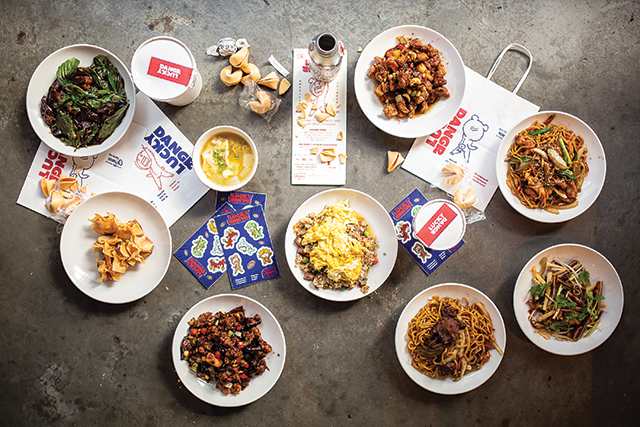 A takeout feast from Lucky Danger. Photo by Anna Meyer

That most of the offerings come in small or large portions means you can sample many of them without breaking the bank.

Lucky Danger began as a pop-up concept in the District, the brainchild of Taiwanese American chefs Tim Ma and Andrew Chiou. Both are Southern-born (Ma is from Arkansas; Chiou, from Texas) and both previously owned full-service restaurants in the D.C. area. “My entire generation, we were born in the States but don’t speak Chinese or know much about our Chinese heritage,” says Ma. “This concept is a way to get in touch with our roots.”

When Federal Realty approached the chefs about bringing Lucky Danger to Westpost (formerly Pentagon Row) as a carryout business, they decided to make the concept more permanent. “It was a 1,200-square-foot space in the back [near the Harris Teeter], not near the pretty ice rink,” Ma says, which frankly made it perfect for their needs. “It has parking in front and a driveway for pickup and delivery.” At press time, the Arlington location was set to open in April. 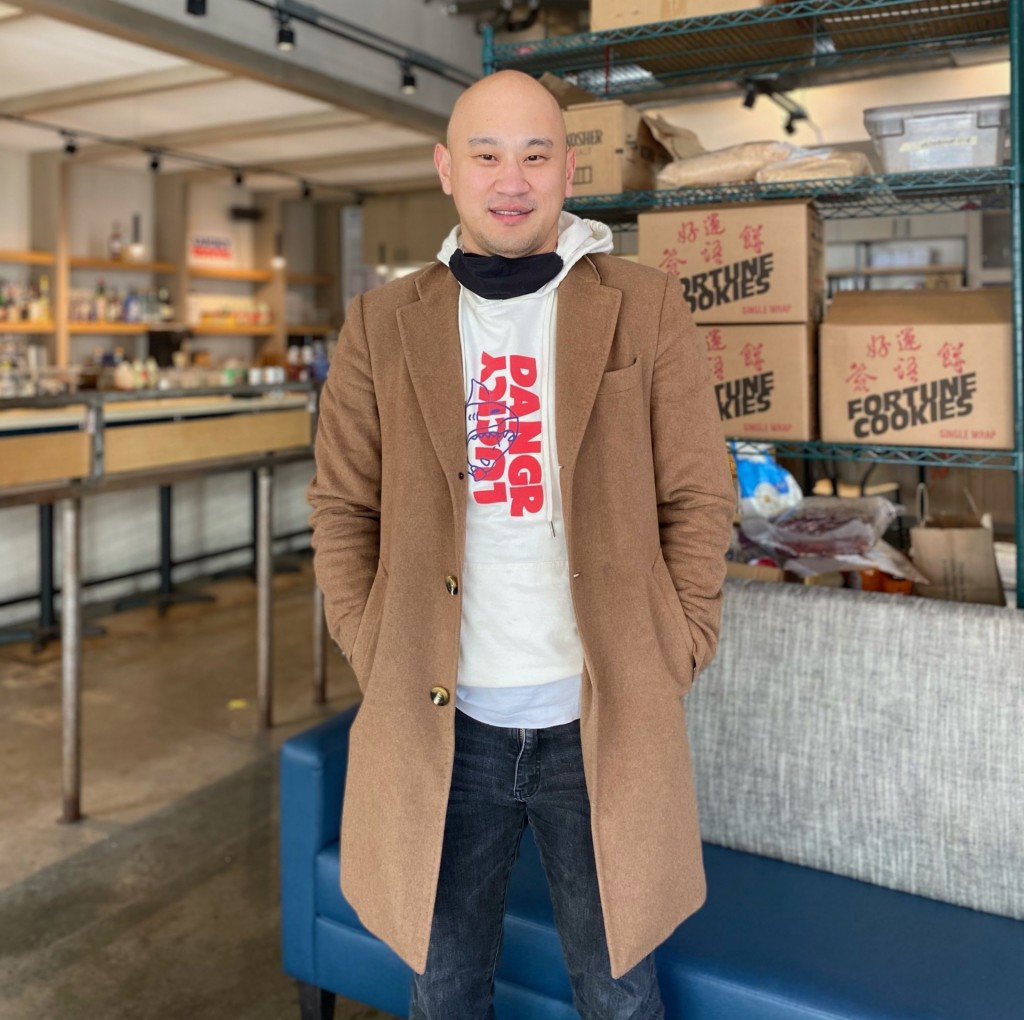 It’s been a learning process, Ma says. Tinkering with quintessential Chinese American dishes can backfire. “We put real lump crabmeat in the crab Rangoon, but people complained about the funny flavor,” he confesses. “So now we use imitation crabmeat in the cream cheese filling. The lesson: Stop being cheffy!”

Still, the delicate, crunchy coating on the salt-and-pepper shrimp, which is served with sauteed onions and jalapenos for a kick of heat, indicates a level of professional skill. So does the duck-fried rice made with tea-smoked duck breast and confit leg meat.

The menu’s sleeper, a wok-fried Taiwanese omelet, is a dish Chiou grew up with. “It’s all about texture and balance,” he explains. “Dried radish adds crunch and salt, and barely sauteed onions add sweetness.” Cheffy or not, it’s a winner. //Lucky Danger, 1101 S. Joyce St., Arlington (Westpost)