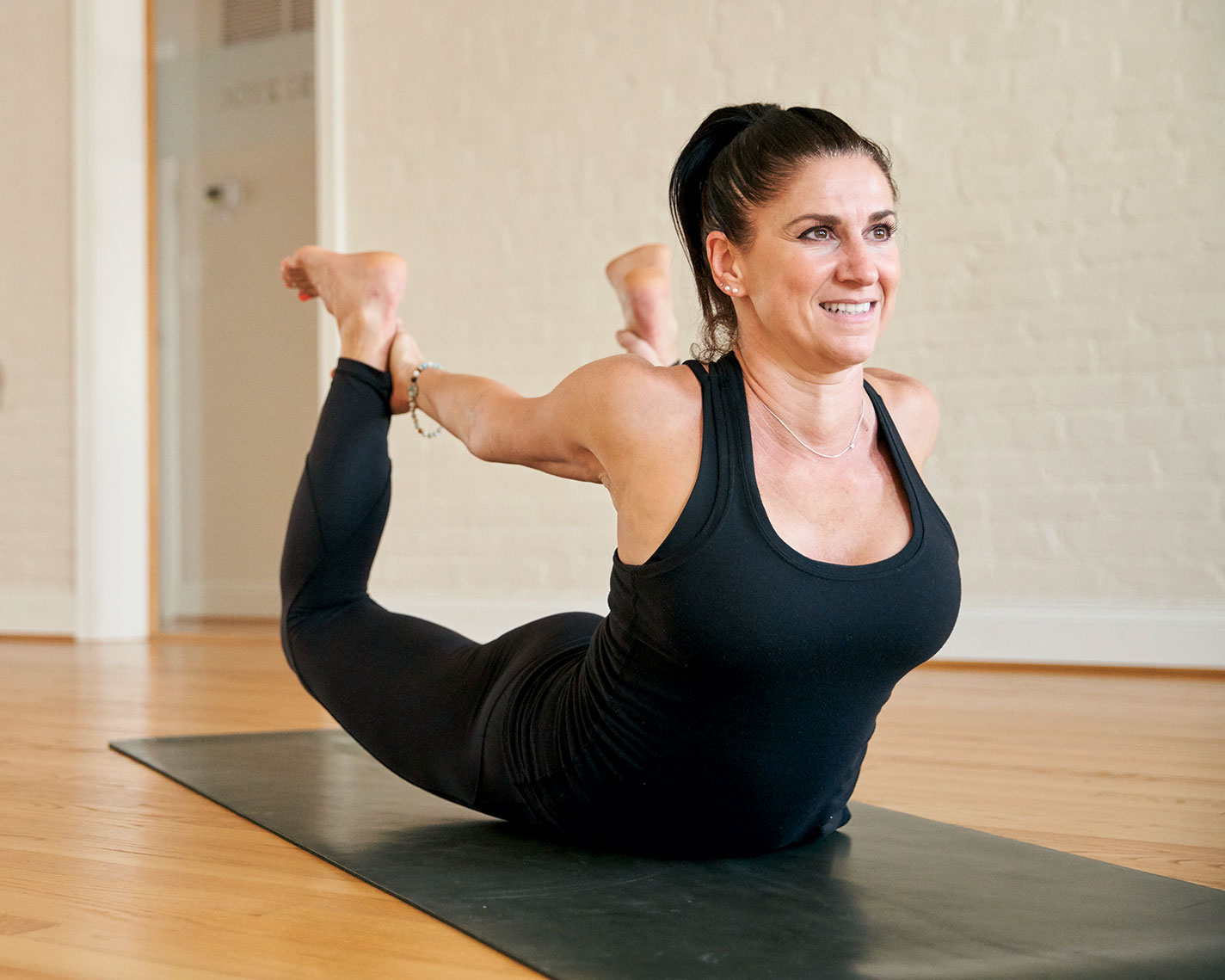 She couldn’t find the job she wanted, so she created her own.

During the seven years that Claudia Cavazza managed the Lululemon store in Clarendon, she met many community leaders. Among them was Justin Blazejewski, a former Marine who started the Arlington chapter of VEToga, a nonprofit that provides yoga and meditation classes to veterans. Cavazza liked the group’s mission so much that she decided to train to become a VEToga instructor.

That experience made her realize her heart wasn’t really in retail. She wanted to make yoga and meditation accessible to everyone, regardless of their income level—especially members of the military, first responders and their families.

“When I couldn’t find a company with that same vision, I decided to create a company that would fill that mission,” says the 51-year-old Courthouse resident (she has a daughter who is now grown). In April, Cavazza founded WRKwell, a start-up that provides on-site yoga, meditation and mindfulness instruction to corporate clients that offer her classes as an employee benefit. As part of her business model, she also provides pro bono classes at several Arlington fire stations.

Seven months later, she’s still getting used to the idea that there is no such thing as a typical day. “It can be a little jarring because there is no structure. I need to create my own structure and have the ability and agility to consistently change,” Cavazza says. To maintain some work-life separation, she avoids working from home, instead camping out in local coffee shops, “and very often wrapping things up from my car, as I try to maximize time between meetings and classes.”

Not knowing how much revenue WRKwell will generate each month is stressful, she says, so for now she’s continuing to teach yoga at a local studio and online while building her client base.

But there’s a big upside: “Setting my own goals, being able to pivot and change and adjust on a quick turnaround time, versus having to get a series of approvals,” she says. That’s refreshing and liberating.