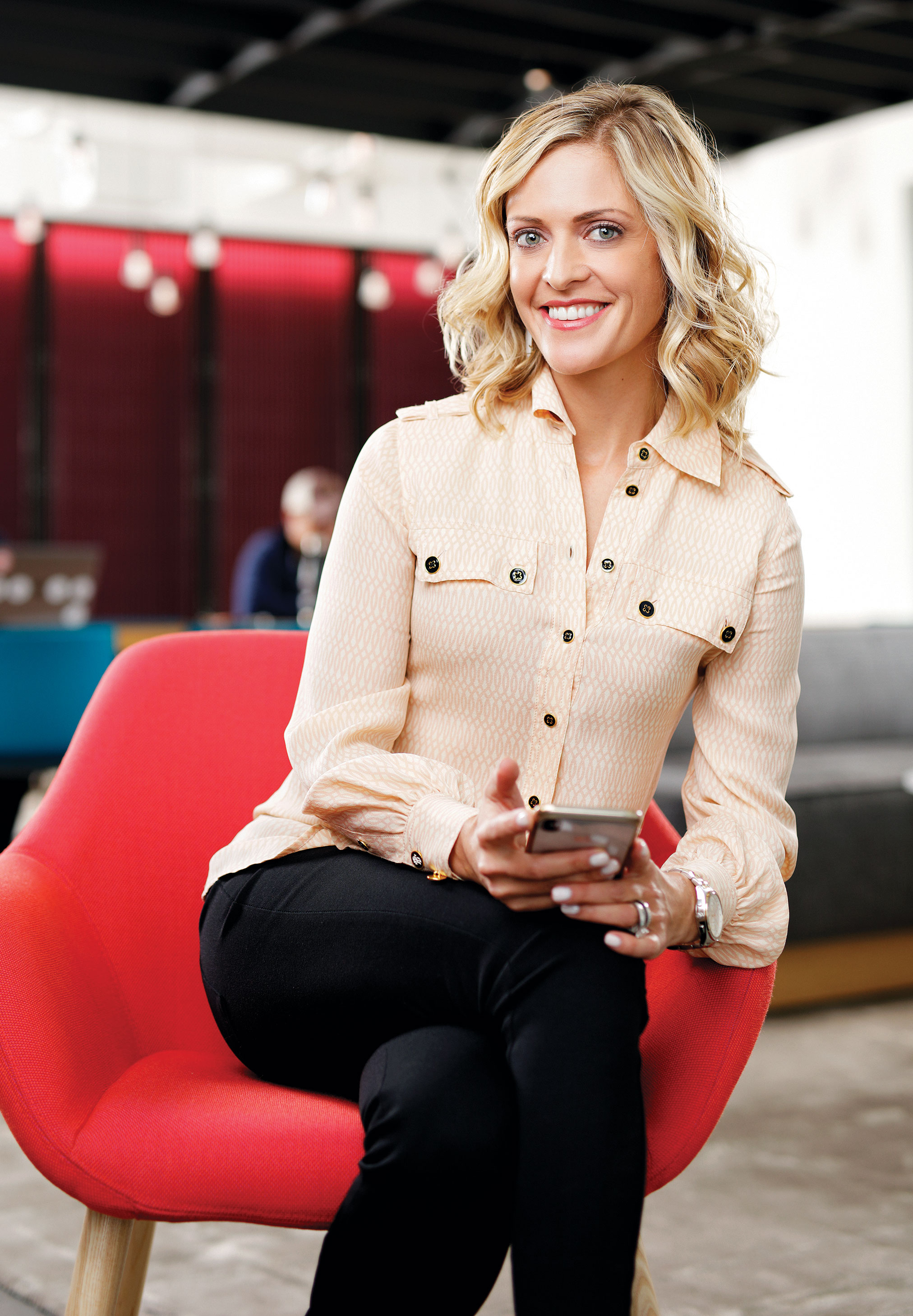 She wanted to empower other women.

As an active-duty aircraft maintenance officer with the Air Force, Jen Griswold held a job that was a “24/7 kind of commitment”—one that became unsustainable once she and her husband, Kevin (who remains on active duty in the Air Force), had two kids. Griswold entered the reserves, scaling her military duties down to two weeks, twice a year, at the Pentagon.

“I stayed home for three years,” she says. “I was losing myself in the monotony of diapers and small kids, and my husband was gone a lot.”

Out of that restlessness, an entrepreneur was born. Griswold’s first venture was a home staging business, launched in 2007. “We were living in California during the recession and there were lots of homes in foreclosure that were up for resale,” she explains. “It was perfect for me. It meant that I had to hustle and get something done.”

Realizing that other moms were in the same boat, feeling bored and isolated, she expanded on her expertise and created HomeFront Designers, an online training program (which she has since sold) for creative types interested in launching home staging and interior design businesses. The target market: highly mobile military communities. The target trainee: military spouses.

“Ninety percent of military women are underemployed or unemployed,” Griswold says, quoting a Blue Star Families survey. “They needed to understand that they have value and they have options beyond the traditional 9-to-5 office job.”

By 2010, Griswold and her family had moved to Arlington. On a friend’s recommendation, she became a direct sales consultant for Rodan + Fields, a dermatologist-created skin care product line that’s sold via independent reps. “I realized this was a model I could both do and share easily with other entrepreneurs,” she says, “and it was a small risk for women who were hesitant [to start a business]. My battle cry was that I was going to help employ military women.”

Today, working from her Arlington home, Griswold says she leads and trains an R+F team of 11,000, including some 2,000 military spouses (she calls them “milpreneurs”) who run their businesses from bases all over the world.

Most recently, Griswold launched Mission Entrepreneur (missionentrepreneur.com), a small business tool kit and resource for people who are just starting out as sole proprietors. She describes it as a “community” consulting model where aspiring entrepreneurs can go to find templates, advice and answers to common start-up questions. She’s also published a book by the same name.

“My theory is that our military is stronger when veterans, spouses and reservists are empowered to follow their passions,” she says. “Everyone feels more fulfilled.”