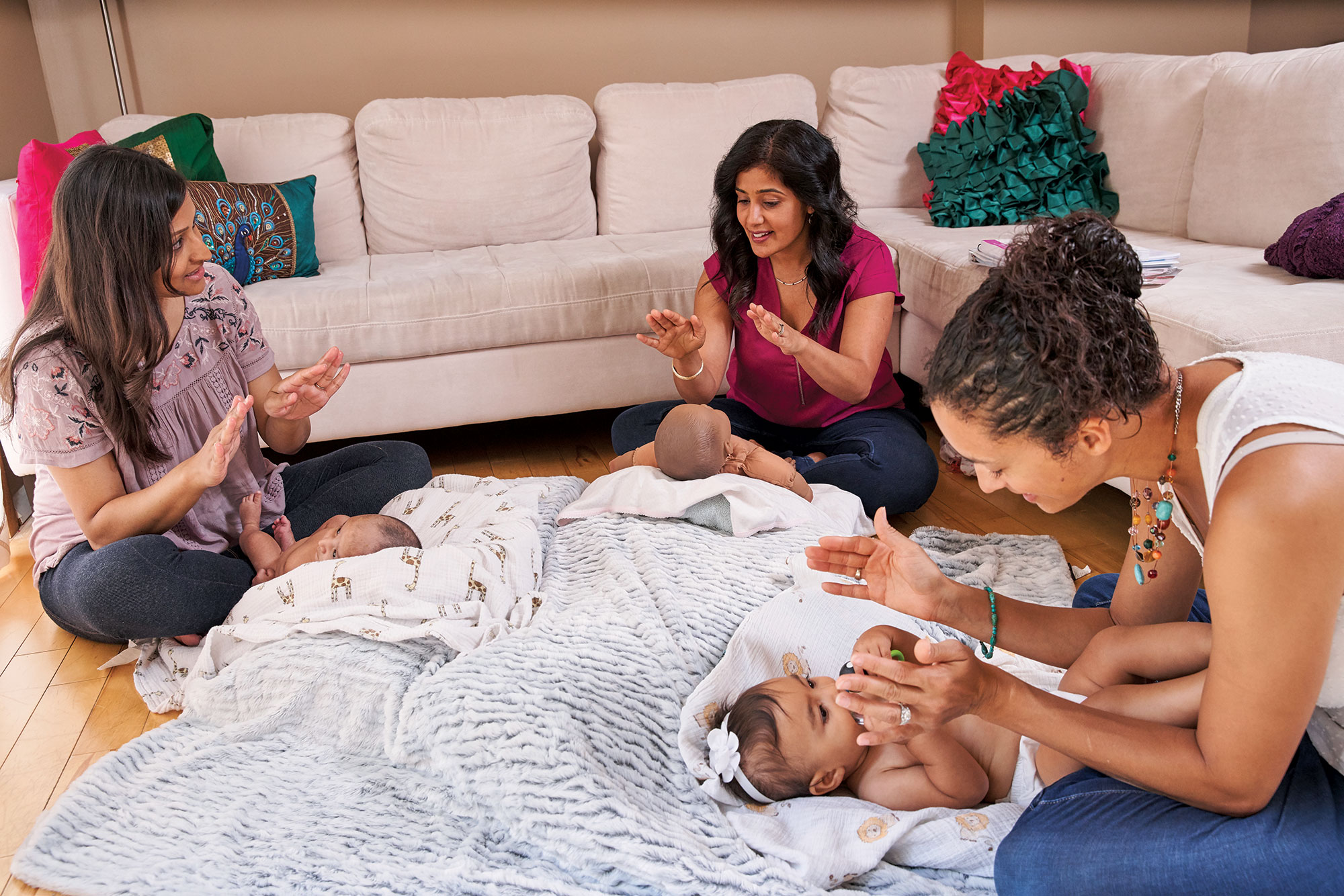 She grew tired of commuting to Maryland.

Khyati Desai-Seltzer began her career in the nonprofit sector, tackling problems such as domestic violence, hunger and homelessness. “I wanted to help change the world,” she says.

Her most recent full-time job was director of resident engagement at the Community Preservation and Development Corp., a nonprofit real estate developer in Silver Spring.

“I was leading an interesting initiative, teaching staff how to engage residents in an authentic way,” says the 37-year-old, who lives in Arlington View, near the Air Force Memorial.

But the commute was wearing on her and eating into her time with her2 1/2-year-old daughter and her husband, Jordan Seltzer, a licensed clinical social worker. “I still wanted to have an impact but I wanted to better integrate my life and work,” she says.

Desai-Seltzer left her job in February with no real plan, other than to find a nonprofit position closer to Arlington. All of that changed when she came across an article about infant massage and Jordan encouraged her to attend a certification class in Baltimore.

After receiving her certification in July, she stopped looking for a job and started planning a new business, Vyana Infant Massage. In September, she began teaching, offering group classes at yoga studios and local hospitals, and private group and one-on-one classes in people’s homes.

Most days, Desai-Seltzer devotes a few hours to market research at the Arlington Public Library, to better understand her target audience. She is working on refining her business plan and developing a social media strategy. She also spends part of her workweek offering information sessions to hospitals and yoga studios, and developing new contacts.

She’s still in start-up mode. “I feel like I’m busier now than when I was working 9-to-5,” she says. “I have to work to make things happen. I have to do outreach and marketing.”

And yet, instead of racing out the door each morning, she now stops and spends some time with her daughter before dropping her off at day care. “I was always rushing in the morning and rushing home from work at night,” she says. “All of that is gone, so the stress is gone too.”