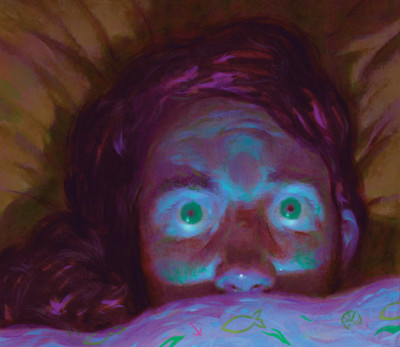 I’d like to apologize to the good people who were on board the 4 p.m. US Airways shuttle from Reagan National Airport to LaGuardia on March 30, 2006. I did not mean to ask the pilot to turn the plane around.
You see, I was nervous about flying without my two kids (it was our first time traveling without them since they were born), and even though my husband was holding my hand, I was already on edge.

Then the plane door closed, we pulled away from the gate, and the pilot announced (heavy sigh into the intercom), Well, folks, it’s a Friday afternoon in the nation’s capital, and it seems like EVERYONE is trying to get out of here at the SAME TIME. There’s quite a long line of planes ahead of us, and we’re not sure how long this whole thing will take. We might be stuck out on this tarmac FOREVER. We may NEVER make it out of here ALIVE.

Okay, maybe he didn’t say that, but that’s pretty much what I heard. And then, in an instant, these things happened:

The walls of the plane closed in on me, and my seat got smaller. My heart started pounding, and I broke into a cold sweat. Then came the bottoming-out feeling in my stomach while the rest of my body went boneless. It felt like I was breathing through a straw, engulfed in a dark storm cloud of doom. I am trapped, I thought. I may never see my children again, and we might all run out of oxygen at any minute. I NEED TO GET OUT NOW.

Taking a deep breath, I turned to my husband and said, “Honey, can you ask the flight attendant to come over? I think I’m having a panic attack.” He might have noticed that I had gone a little pasty.

This was not my first rodeo. I had been having panic attacks at random, unannounced intervals for more than a decade, and carried an old prescription of Xanax at all times, just in case. I quickly popped a 0.25 mg pill while I waited.

Soon, the flight attendant was at my side. “I’m having a panic attack,” I told her, hoping that, given her experience, she would offer the sage reassurance I needed to get through this rough patch. Instead, she simply said, “Oh, do you want us to bring the plane back to the gate?”

Turn the plane around? They would do that for me? “Yes!” I said without thinking. The attendant turned on her heel and disappeared toward the back of the plane.

Suddenly buoyed by the knowledge that I was not trapped and facing imminent death, I felt lighter. My heart rate evened out and I started breathing easier. I asked my husband to summon the flight attendant back so that I could apologize for the false alarm, tell her I was okay and confirm that we were good for takeoff.

But when I did, she just shook her head. “No, it’s too late. I’ve already put in the call,” she said, flatly.

I couldn’t talk my way out of it. And so my fate was sealed. Soon, I was being marched off the plane while a hundred pairs of inconvenienced travelers’ eyes burned into me like daggers.

Later on, I would feel more than a bit silly. Who ever heard of someone getting stuck out on the tarmac forever? But in that moment on the plane, the fear had been real.

Panic is an insidious beast that seeps into your bones, scrambles your guts and clouds your thoughts. There is no reasoning with it. And it’s a monster that no one can see except you.