If you think trying to stay fit is a challenge, imagine being surrounded by tempting food all day long, with a work schedule that isn’t always conducive to hitting the gym or going for a hike. That’s the position most chefs find themselves in, working in restaurant kitchens upward of 60 hours a week. They do have one advantage, however—the technical skills and know-how for making dishes that are quick, healthy and delicious. We asked a few of our favorite local chefs what they eat when they’re off the clock and craving something light. 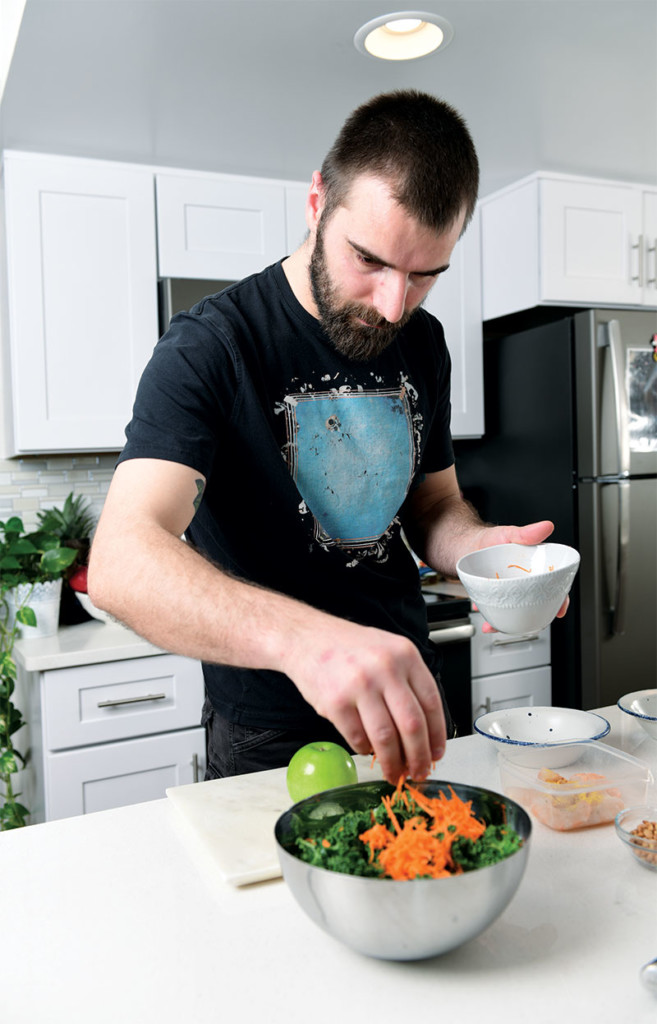 In September 2016, Dejan Pilovic arrived stateside from Belgrade, Serbia, for the opening of Ambar Clarendon. He’d previously served as executive chef of Ambar Belgrade, but now he was entering new territory. He remembers wanting to try all the foods America is known for—and we’re not talking about kale salad and avocado toast.

“A lot [of American cuisine] is based on sugar and flour,” says Snjezana Jaksic, the general manager at Ambar Clarendon, who served as Pilovic’s translator for this story. “As a chef, the curiosity was very high.” Not all of his discoveries were carbs—he quickly fell for the organic meats that are so easily sourced in the mid-Atlantic, especially those from Amish farms—but his adventures in American junk food did rekindle one guilty pleasure: potatoes.

“They are really tempting for him,” Jaksic says of the ways Americans season and prepare the starchy staple.

At 30, Pilovic has youth on his side, and he counterbalances the tasting demands of the kitchen with boxing and mixed martial arts.

He favors a protein-rich diet, including a breakfast of fresh-squeezed orange juice and an omelet, and maybe a lunch of pasta or steak. He keeps dried cranberries, raisins, apricots and nuts on hand to combat hunger pangs, although it’s not difficult to eat healthy at Ambar, he says, citing menu items like grilled asparagus, Balkan kebabs and goulash with rib-eye.

“For dinner, it has to be something lighter, like a salad, adding a protein depending on how hungry he is,” Jaksic says.

All chefs have a basic salad recipe in their back pocket that can be tweaked depending on what’s available and in season. Pilovic leans toward ingredients that marry sweet and sour, offsetting greens with fruits such as pears, apples or grapefruit, and introducing fruit juices to salad dressings. 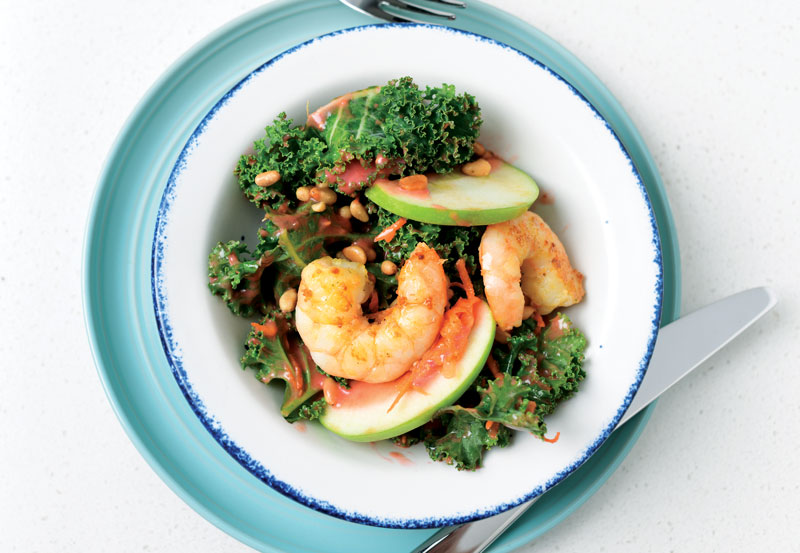 To make the vinaigrette, combine the first 5 ingredients in a blender and blend until smooth. Combine the oils and add them slowly to the dressing, blending on a medium speed to emulsify.

Place the kale, apple, carrot and pine nuts in a bowl. Add about ¼ cup of the dressing, a little bit at a time, and toss with tongs, taking care not to overdress. (You will end up with more dressing than needed, which you can store in the refrigerator for later use.) If you choose to add a protein, toss in some grilled shrimp, chicken breast or filet mignon.

Note: This recipe is flexible. Ingredients can be adjusted to suit your taste, or what you have on hand. For example, green apples can be swapped out for other kinds of apples or pears. Pine nuts can be replaced with walnuts, pecans or hazelnuts (or simply omitted).