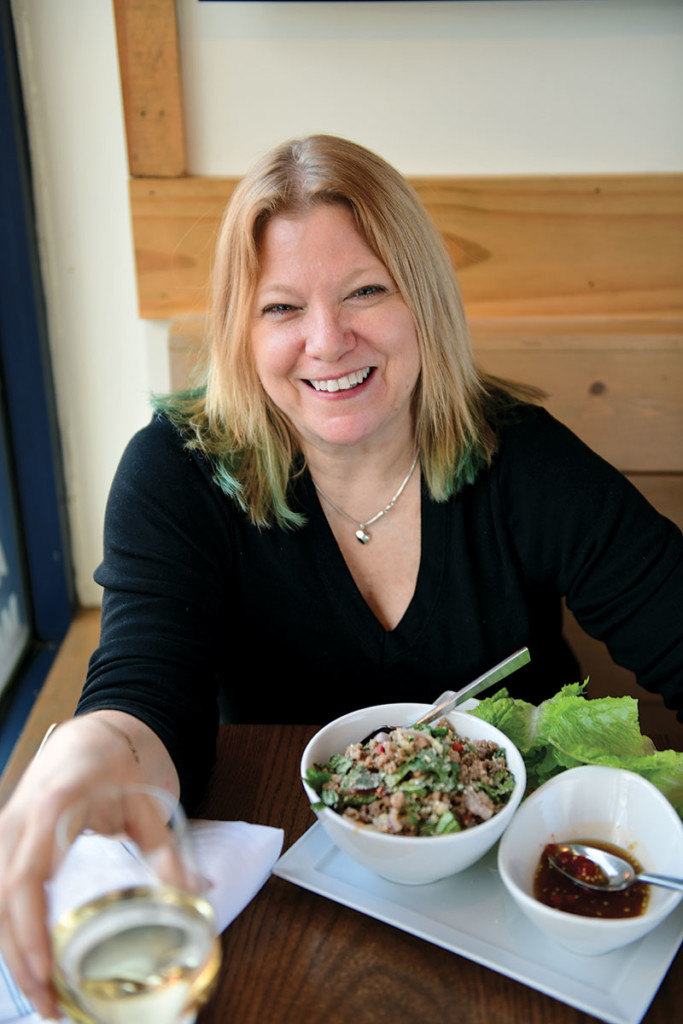 Mikala Brennan might not have time for a formal fitness regimen, but her Fitbit usually registers 10 to 12 miles of walking by the end of a Saturday shift. When time allows—and if her knees are cooperating that week—she’ll also head to yoga or Orangetheory.

“I actually have a punching bag in the restaurant, but that’s more for frustration than staying fit,” jokes the 50-year-old restaurateur, whose retro beachy eatery in Shirlington started out as a popular Hawaiian food truck.

At the same time, Brennan says her consumption habits could be better, and being in the kitchen all day doesn’t help. “You take little bites of things constantly, so you’re not ever having a full meal,” she laments. “I eat probably once a day, and that’s terrible for you, as every trainer has ever told me. Pretty much standing over a trash can and eating—not very glamorous, not very healthy.”

As much as possible, she sticks with simple proteins, like fish and chicken, and avoids rice in the evenings. For dinners at home, she’ll often make a salad or bring something healthy from work. Most of the dishes on the menu at Hula Girl are grilled, and the offerings include fish flown in from Hawaii.

“When I am off, I’ll often make a big soup—something that’s in the refrigerator so it’s easy to grab,” she says. “That’s one of the nice things about having a restaurant is having soup bones for stocks.”

For protein-packed snacks, Brennan keeps a big bag of mixed nuts in her office, and makes beef jerky from steak scraps. As a crunchy, salty alternative to potato chips (“that’s my weakness,” she confesses), she munches on roasted seaweed snacks.

When she’s feeling peckish, she reaches for McIntosh apples or mashes some avocado on multigrain crisps.

“I don’t pay attention to fad diets,” she says. “Just eat as clean as you can, make smart choices and forgive yourself when you don’t—because life is short, and you should enjoy a little bit of decadence here and there.” 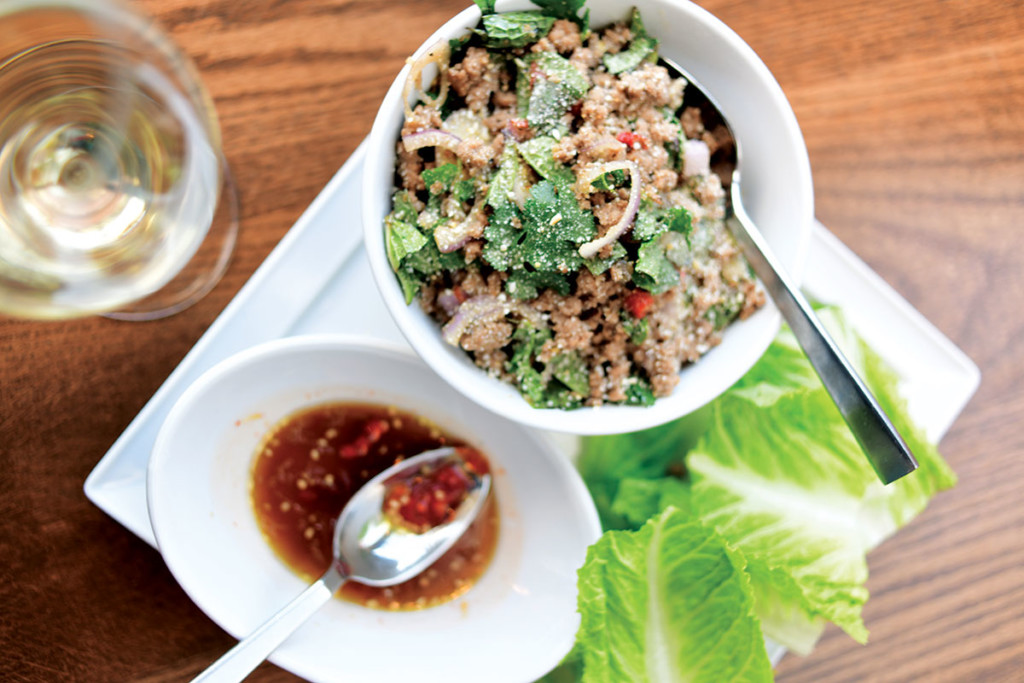 In a medium skillet, toast the rice over moderate heat, shaking the pan often until browned, about 3 minutes. Transfer the rice to a plate and let it cool completely. Grind the toasted rice to a powder in a spice grinder or with a mortar and pestle.

In the skillet, heat the oil. Add the garlic and cook over moderately low heat, stirring a few times until light brown, about 1 minute. Add 1 teaspoon of the sugar and cook for about 20 seconds. Add the ground pork or chicken and cook over medium heat, breaking up the meat into fine pieces until no pink remains, about 4-5 minutes. Add 1 teaspoon of the fish sauce and season with salt and pepper. Set aside.

Reheat the meat mixture. Remove from the heat and stir in the onion, basil, mint, cilantro and the remaining chilies. Sprinkle the meat with the rice powder. Transfer to a bowl and serve with lettuce leaves for wrapping. Spoon the sauce onto each wrap or use it for dipping.