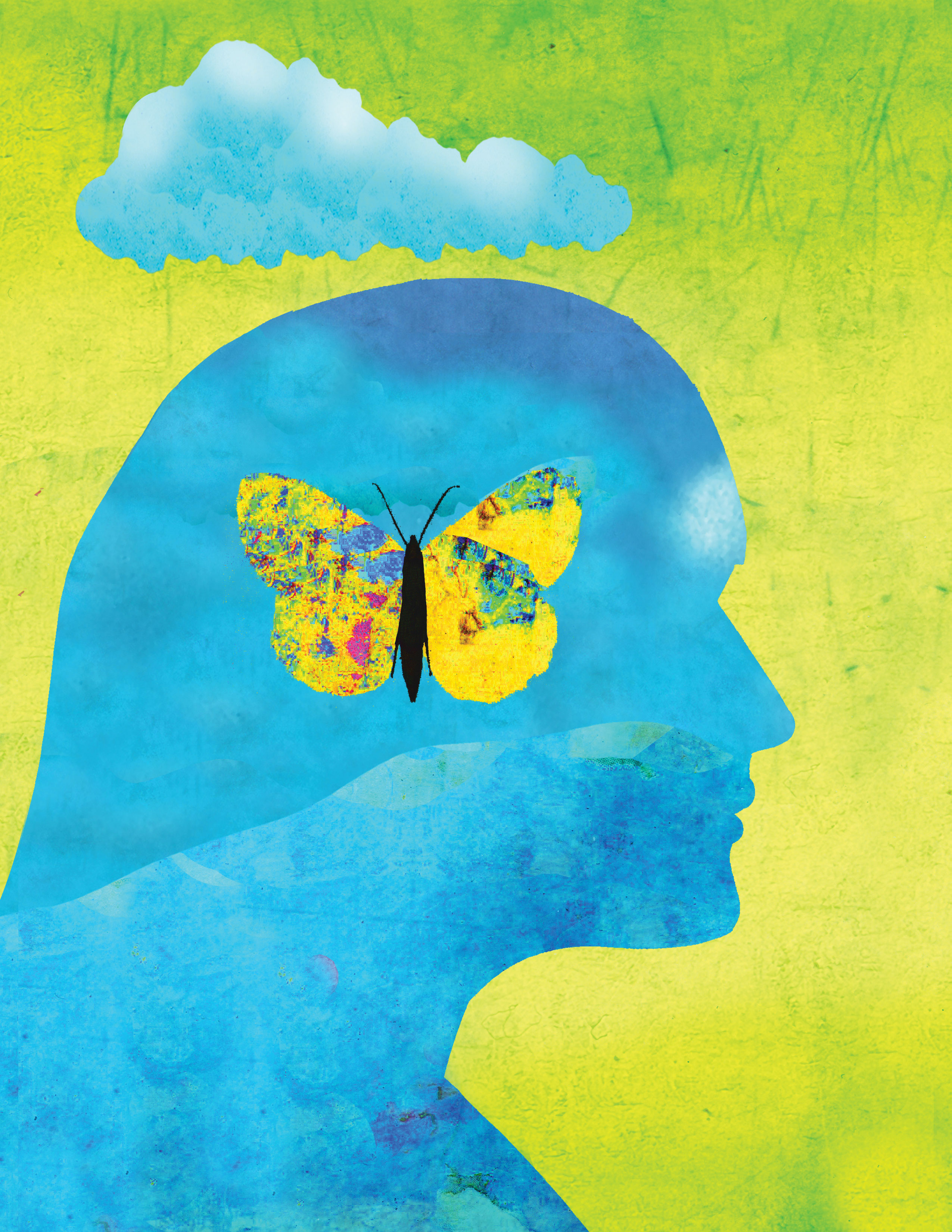 Life presented a really lousy choice to Laura Mayer. When she was 15, growing up in La Plata, Maryland, her father tried to kill himself. It didn’t work the first time. He tried again a week later and died.

Some friends told her, “He was in a lot of pain, he’s better off.” Others filled her head with: “It’s a sin. He’s in hell. He was selfish.”

“I had to pick which belief system was for me,” says Mayer, who now lives in Fairfax and turns 35 in August. “You don’t want to believe your father was a bad person.”

She decided her dad was in a better place.

Comforting as that perspective was, it would prove dangerous for Mayer, because it legitimized the idea of suicide as a way to end suffering. By the time she was in her 20s, she had lost a close friend to suicide and had tried to take her own life.

The thought process was, “If I’m in pain and I’m suffering, why shouldn’t suicide be an option for me if it was for my dad?” she explains. “I thought about suicide a lot. It became almost a security blanket. When things got hard, I could think about it like the [Staples] Easy Button. People think: When I get stressed, I’ll go for a run. For me, it was: If I get stressed, I’ll go.”

With her mother barely able to function and her family shattered around her, Mayer made multiple suicide attempts. “It hurt…to live. It hurt to think.” 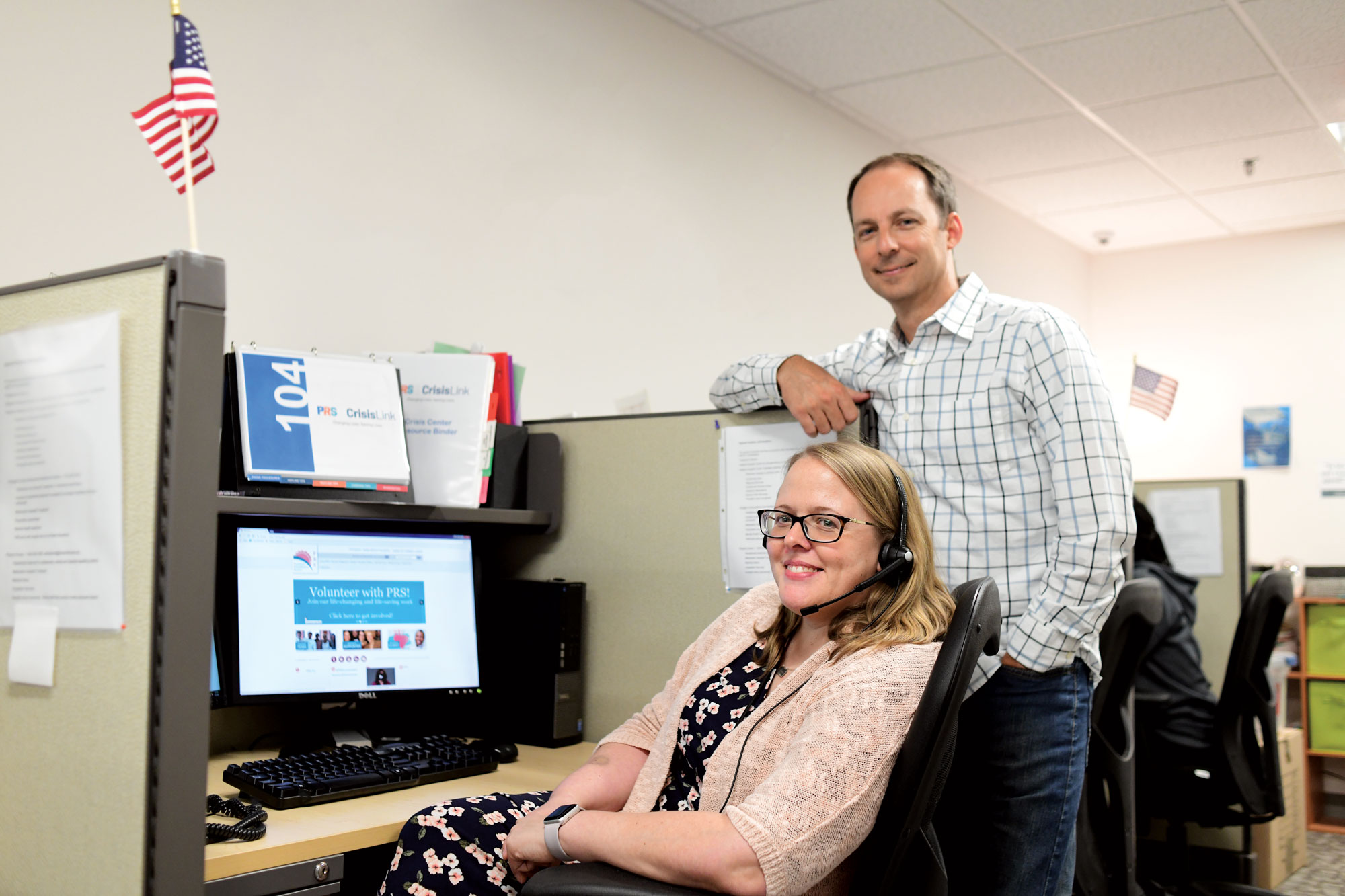 A decade later, Mayer is in a different place. Years of therapy led her to the understanding that her problems were solvable. Now she uses that insight to help others in despair. She is program director of PRS CrisisLink, a Northern Virginia nonprofit that runs a crisis hotline (703-527-4077) and text line (text CONNECT to 85511).

About 26 percent of the calls to the hotline are from people with an active plan to end their lives, Mayer says. The volume of those calls increased 5 percent last year.

Often the callers are teens, or even preteens. In Arlington, 5 percent of high school students and 3 percent of middle school kids say they have attempted suicide, according to the county’s 2017 “Youth Risk Behavior Survey” of sixth-, eighth-, 10th- and 12th-graders.

But the number of youth who have contemplated suicide in the past year is probably much higher, says Linh T. Nghe, supervisor and prevention director of the Arlington Department of Human Services, Children’s Behavioral Health Bureau. She estimates the number of high school kids with thoughts of suicide at roughly 20 percent, and middle schoolers at about 14 percent.

It’s not just a local phenomenon. Suicide rates in Virginia rose 17.4 percent from 1999 to 2016, according to the Centers for Disease Control and Prevention. That report showed increases in every state but Nevada.

Pam McClellan, supervisor of counseling services at Arlington Public Schools, says she has seen a growing need for student risk assessments, prompted by parental requests or by things kids say or write. Some of the students who receive risk assessments are just feeling overwhelmed. Others are thinking about suicide. Some already have plans to kill themselves.

And it’s not an easy fix. “We do know suicide is not caused by one single factor, but by a combination of multiple factors”—things like troubled relationships, community issues and financial hardship, says CDC behavioral scientist Asha Ivey-Stephenson, who holds a doctorate in clinical psychology. The common denominator is pain.