The pain that teens feel is real, so it’s important to talk openly about problems and to have screening programs for kids, says Melisa Atkeson, a licensed clinical social worker with Weaver and Associates in McLean.

The emergence of social media has complicated certain dynamics. Back in the day, two or three bullies might gang up on someone on the playground. Now, cyberbullies can pile on by the dozen, making negative comments or instantly spreading online rumors that leave victims feeling ostracized. “That can leave kids feeling hopeless, like they can’t show up back at school,” Atkeson says.

Technology has also changed how news of suicides gets around. Before Instagram, Snapchat, Facebook and Twitter, a suicide in one county might not be common knowledge the next county over. But today there’s a digital ripple effect. Previously a suicide’s impact was considered to touch six people, says Colleen Creighton, head of the American Association of Suicidology (AAS), a nonprofit in Washington, D.C., that sponsors research on the topic. In the Internet age, the average number of those affected is around 135.

Experts like Mayer say the instant exposure on social media can spark copycat attempts because it makes suicide look like an acceptable and attention-getting option—particularly for people who feel isolated in their day-to-day lives offline. “Society in general is becoming less [physically] connected,” she says. “Loneliness is a huge factor.”

Pop culture also has an impact, both good and bad, observes Meredith Hovan, director of resource development at PRS, the Oakton-based nonprofit that runs CrisisLink. After rap artist Logic released “1-800-273-8255,” a song about hope and suicide prevention, calls to the National Suicide Prevention Line spiked. The Netflix show 13 Reasons Why generated a groundswell of conversation around the topic, though some mental health advocates have taken issue with the way suicide is portrayed in the series. The first season gives the character who killed herself a voice—and revenge—from the grave. In reality, Creighton says, kids need to understand they get no voice when they are dead and that they only leave behind a trail of pain.

U.S. Congressman Don Beyer, who represents Virginia’s 8th District, says there’s still a taboo surrounding frank discussions about suicide and its connection to mental health. “We have to get rid of the stigma. These aren’t happy people who have just decided to give up on the world,” he says. “They need help. If there’s stigma, there’s silence, and if there’s silence, there’s no action.”

That’s why Beyer is now willing to talk about his own son’s suicide attempt two decades ago, at age 21. Struggling with undiagnosed schizophrenia, the young man stood on a bridge and heard voices in his head telling him to jump. He jumped. 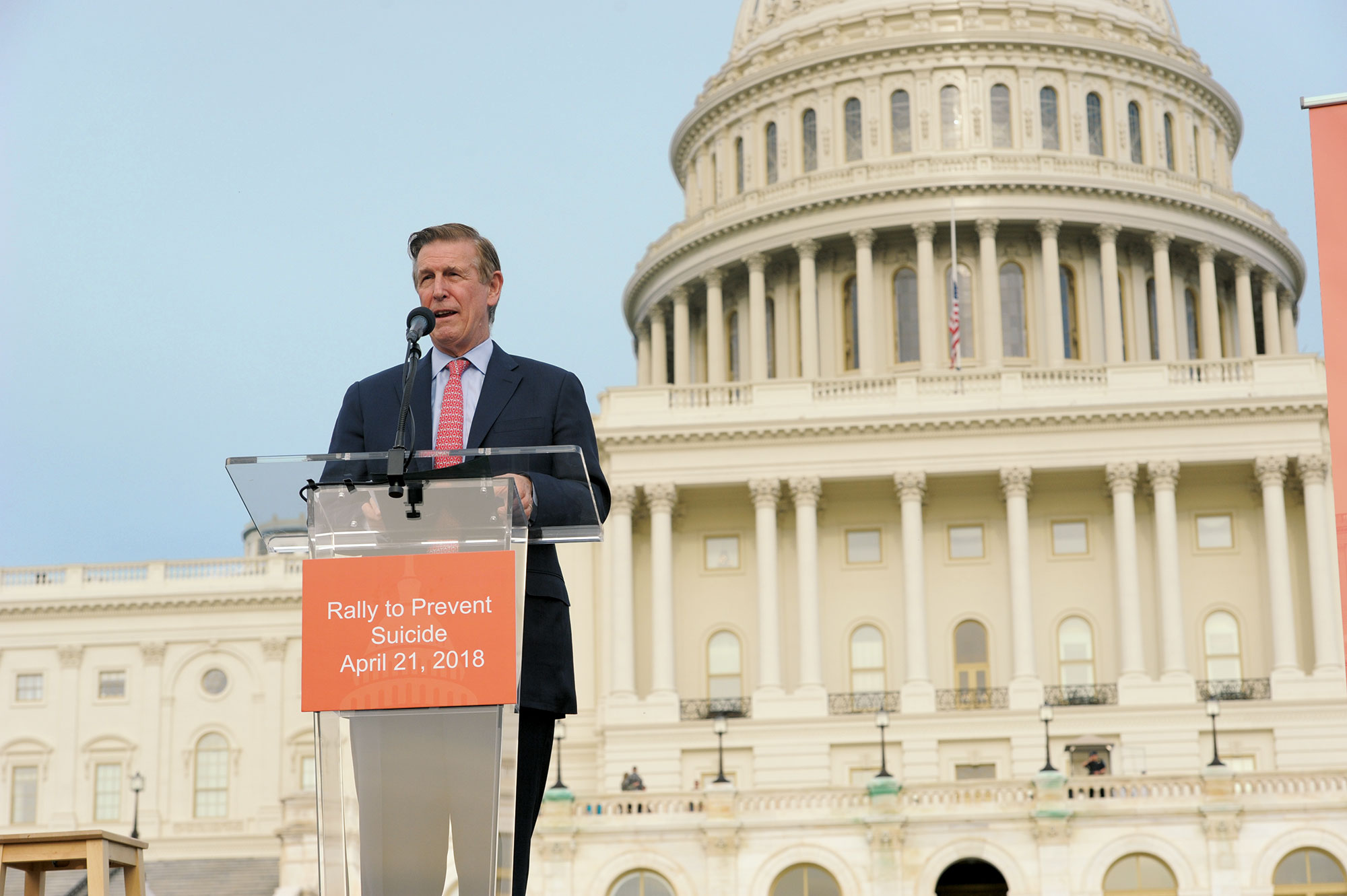 “[By] the grace of God, the fall didn’t kill him,” Beyer says, remembering the heart-wrenching phone call that followed. “A couple fishing [nearby] just fished him out of the river.”

Although suicide rates tend to be higher in places suffering from economic instability, Northern Virginia has not been inoculated by its relative wealth. The greater D.C. community has its own set of magnifying factors. Some families with parents in military or government jobs that require security clearances may be reluctant to get therapy, Mayer says. And the competitive, success-driven culture of this area can rain stress down on teenagers.

“We’re living in a pressure cooker—to get good grades, to get into a good school, to get a good job, to make enough money to live in Arlington,” says Beyer, who co-chairs the bipartisan House Suicide Prevention Task Force with New York Rep. John Katko.

Created in 2017, the task force is looking at regulatory and legislative ways to reduce the suicide rate. Some of the ideas on the table include pressing for federal approval of the rave drug ketamine to treat suicidal people who turn up in emergency rooms; training gun store clerks to spot buyers with possible mental health problems; and earmarking more research funding for the study of suicide and its many factors.

One “red flag” bill that Beyer has sponsored would allow family members to put a loved one with depression or who is having a psychotic episode on a federal list that bars them from buying a gun. Beyer says two friends of his bought guns and killed themselves. At least one of them might have been stopped had such legislation been in place.