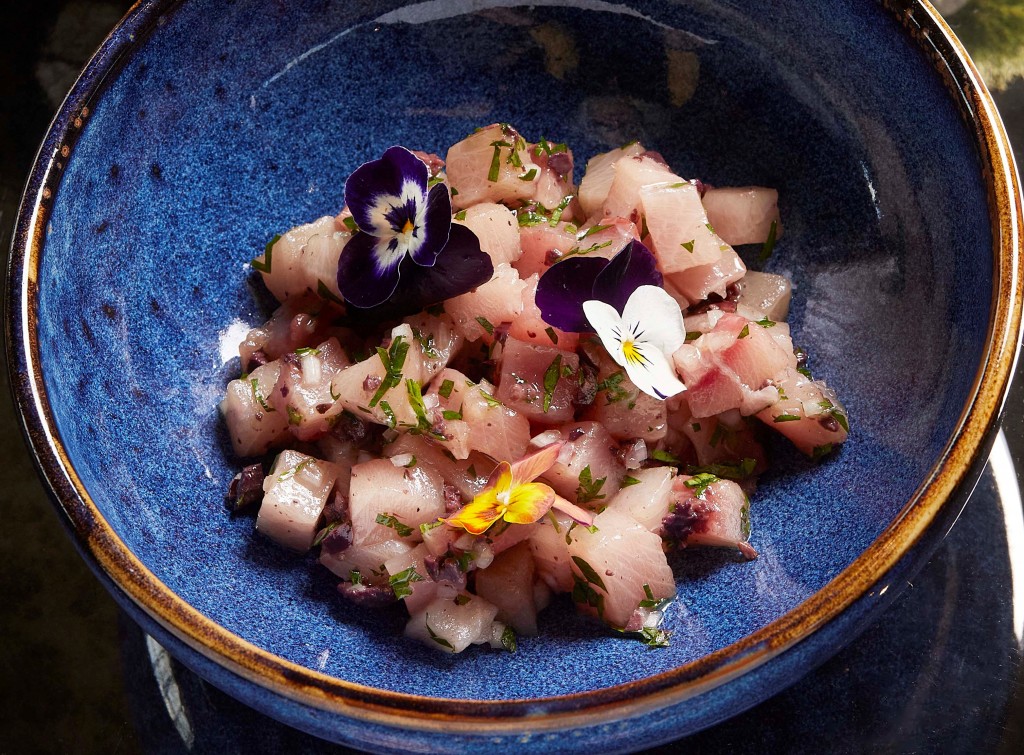 Hamachi tartare at Wren, a new restaurant in Tysons. (Photo by Deb Lindsey)

I have yet to taste a morsel of food, but the bar at Wren has already made a favorable first impression, thanks to the savvy cocktail program by beverage director Luis Mantilla. His chilled Martinez, featuring gin, Grand Marnier, Luxardo maraschino liqueur and allspice bitters, reveals a touch of smokiness, having aged for 30 days in a charred American oak barrel. My companion’s refreshing gin and (cucumber) tonic, meanwhile, catches the eye as well as the palate. Made with Sunset Hills Virginia gin, it’s served in an enormous Burgundy wineglass and garnished with juniper berries, fresh thyme sprigs, a lemon wheel and a thin strip of cucumber threaded onto a metal cocktail skewer like ribbon candy.

We’re a few sips in when two of chef Yo Matsuzaki’s small plates arrive and prove just as captivating. The hamachi tartare—yellowtail sashimi mixed with olive tapenade, shallots and white-truffle vinaigrette—is served with a side of house-made potato chips that round out each bite with a nice crunch. For his umi masu, Matsuzaki cures steelhead trout with fennel and beets, which lend hints of sweetness and licorice while turning the fish a stunning ruby red. He then arranges delicate slices of it around a pool of citrus sauce, with dots of orange trout roe and sprigs of shiso, dill, mint and Thai basil. 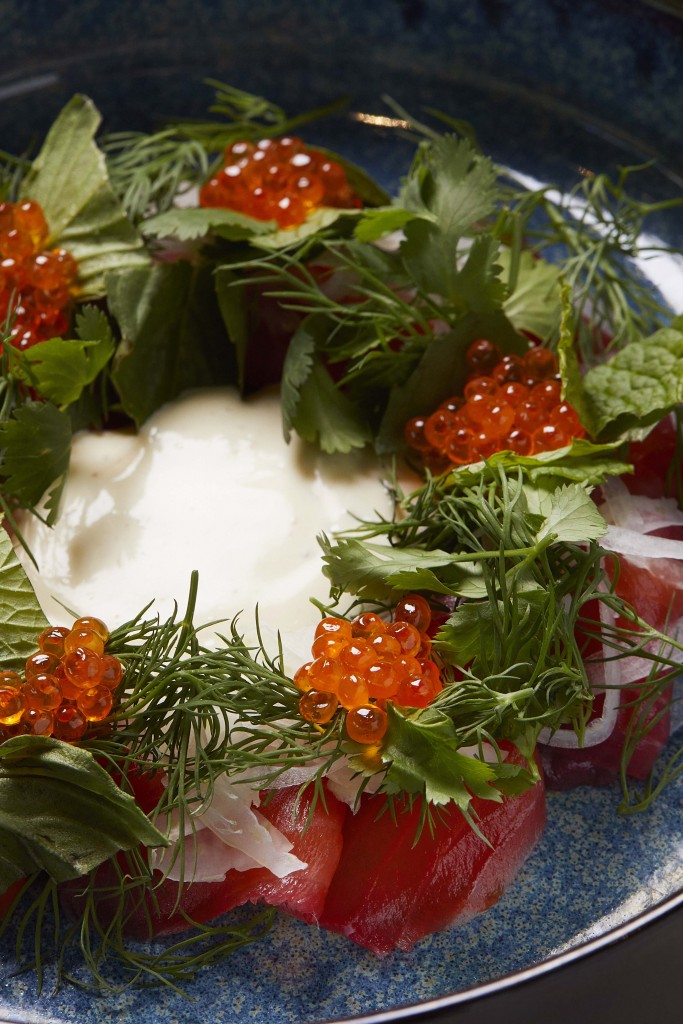 If you haven’t been to Tysons lately, you’re in for a surprise. The area is undergoing a veritable renaissance. Wren, which opened in September on the 11th floor of the new Watermark Hotel, shares a rooftop with The Perch, a 2.5-acre outdoor “sky park” with manicured landscaping, a sculpture garden, lawn games, a dog run, a Starr Hill Biergarten and an outdoor amphitheater that hosts live concerts and airs major sporting events on a jumbotron.

The restaurant and sky park are part of Capital One Center, a mixed-use development that comprises 6 million square feet of retail, hospitality and entertainment space. They sit atop Capital One Hall, a sparkling new performing arts center that’s home to a 1,600-seat proscenium stage, a 225-seat black-box theater, large-scale event spaces and a Wegmans grocery store.

Wren, which seats 82 inside and 28 outside, is so completely integrated into the Watermark’s loungy 11th-floor hotel lobby (with a pool table to boot) that on my first visit, I wasn’t even sure I was in the restaurant. Seeing no host stand or host, I inquired at the handsome brass-and-glass bar—it’s shaped like the bow of a ship—if I was in the right place. “Yes!” said the affable bartender. “Sit wherever you want!” (They’ve since added a host stand, although they don’t take reservations.) 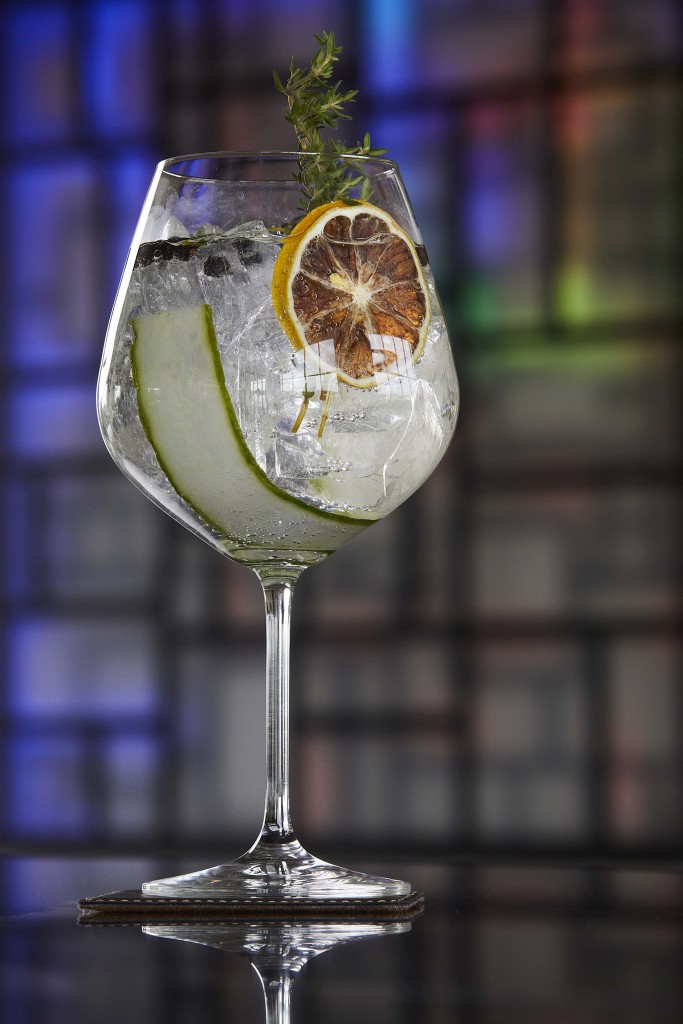 The Virginian G&T at Wren. (Photo by Deb Lindsey)

Eating at the bar is delightful but do try to score one of the tables positioned next to the stunning floor-to-ceiling windows, which offer a sweeping view of the Tysons skyline.

Wren’s name—both a bird and a homophone for the Japanese word for love—reflects its dual identity as a high-styled izakaya (a casual spot for drinking and snacking) that speaks Japanese with an American accent. A hotel in Tysons needs to have meat and potatoes on the menu. Here, it’s a Wagyu burger on a brioche bun with chili aioli and fries, or a grilled rib-eye steak with mushroom demi-glace and wasabi mashed potatoes.

Matsuzaki, 52, started out as a salesman in his native Japan, but went on to build an impressive culinary résumé. Surmising that his homeland’s societal structure was too limiting to allow him to pursue his dream of becoming a French chef, he moved to New York City to learn the craft at the Institute of Culinary Education. He later worked under famed chefs Masaharu Mori­moto (who insisted he learn the intricacies of sushi making) and Nobu Matsuhisa, and was the executive chef at Zentan in Washington, D.C., from 2014 to 2018. More recently, he was the corporate chef for Ozumo Concepts International in Northern California.

Wren’s menu is divided into raw bar items (including the aforementioned crudos), salads, and small and large shareables, otherwise known as appetizers and entrées. Fortessa stoneware vessels provide a rustic backdrop for the chef’s sophisticated yet unfussy cooking. 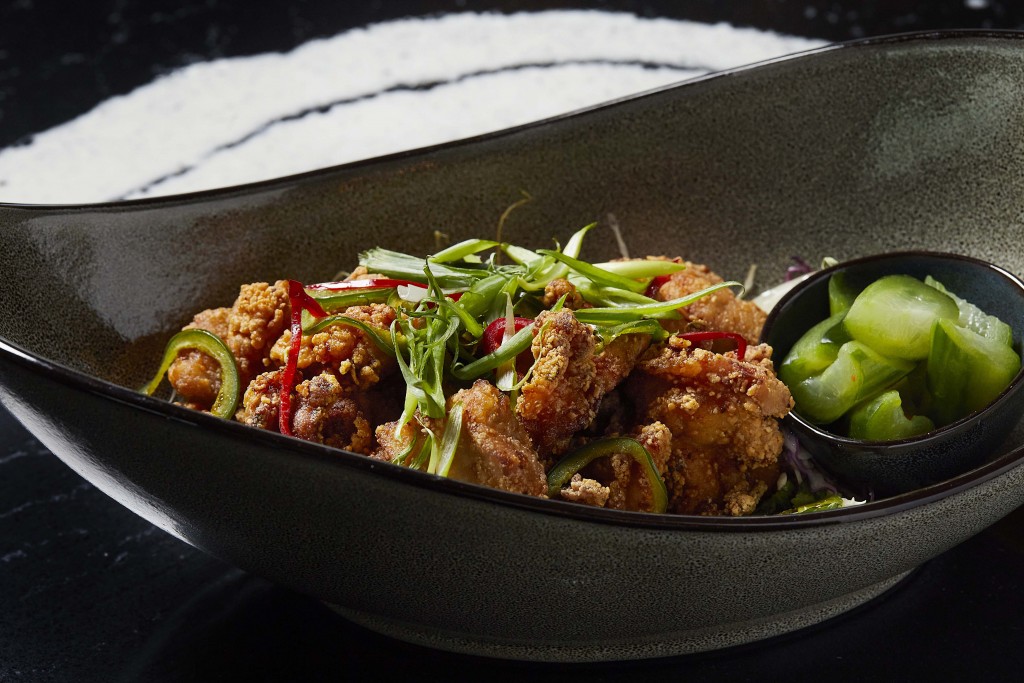 As a starter, don’t miss his Tokyo chicken—large cubes of thigh meat marinated in soy, ginger and sake, then fried until crispy and tossed with sake and koji, an umami-rich ingredient often used in Japanese cuisine. The nuggets rest on a bed of slaw and come with house-made pickles.

Matsuzaki makes a lovely bowl of ramen with roast pork, corn and a 7-minute egg, its rich broth derived from chicken necks and fat instead of pork. A vegetarian dish of jidori—pleasing egg noodles resembling spaetzle in appearance, taste and texture—packs in the flavor with maitake mushrooms, zucchini and corn, the lot dressed in shiso pesto. 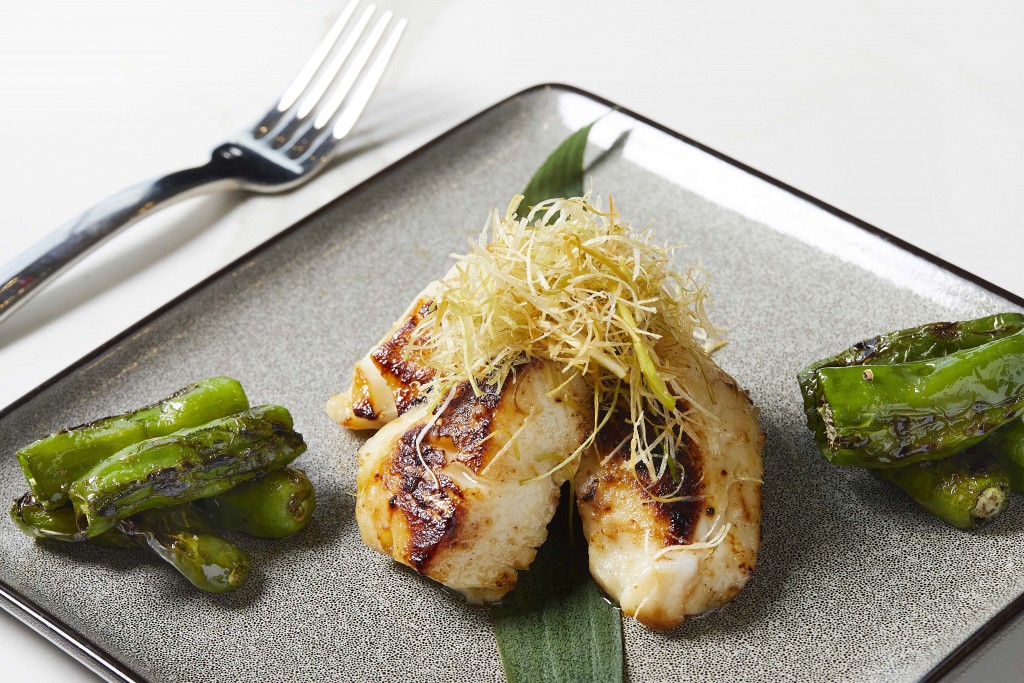 The star of the show is sea bass marinated in Saikyo white miso paste and sake for 24 hours, after which it is seared, broiled and crowned with a nest of frizzled leeks. The final result is a cunning balance of sweet and salty, complemented by a side of blistered shishito peppers with just a kiss of char.

One dish I don’t get is two seared scallops served with bacon-wrapped bundles of enoki mushrooms. The fungi were as rubbery as chewing gum and hard to swallow.

There are only three dessert options at Wren. One of them—soft-serve ice cream—wasn’t available during my visits because the machine’s delivery was delayed by supply-chain issues.

Skip the pasty doughnuts and unremarkable hazelnut chocolate mousse and opt instead for a liquid finish to your meal. I’m talking about Mantilla’s seductively boozy Nightcap, an elixir of coffee-infused vodka blended with salted caramel and topped with Grand Marnier whip.

Or, pop into Wegmans on your way out and pick up a bag of Rolos for the ride home. 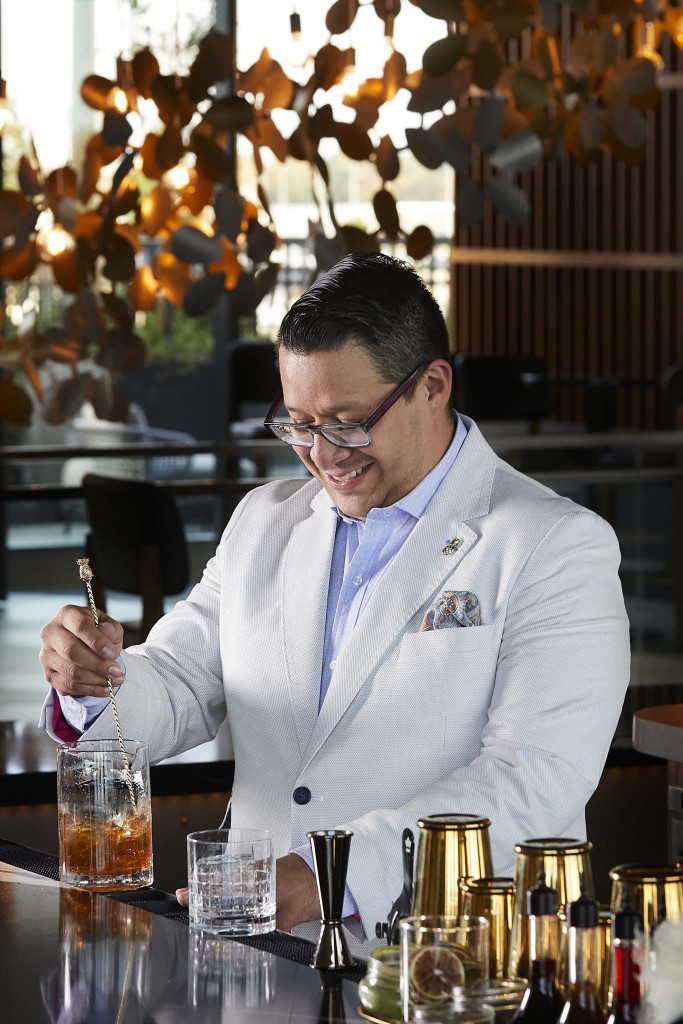 Beverage director Luis Mantilla has curated a clever and intriguing bar menu that includes an extensive selection of scotches and bourbons and, not surprisingly, several sake and Japanese beer offerings.

Mantilla’s cocktail creations ($14 to $19) are the true showstoppers here— especially the gargantuan, beautifully garnished gin and tonics, classic(ish) quaffs like a bourbon rickey laced with ginger, and signature cocktails such as Green with Envy, made with tequila, Cointreau, lime, mint and kiwi.

PARKING/METRO
Free garage parking is available in the building. Validate your ticket at the hotel’s front desk. Capital One Center is also steps from the McLean Metro Station on the Silver Line.