Arlington’s recent Ride for Black Lives was a long time in the making. The wheels of justice need to keep turning. 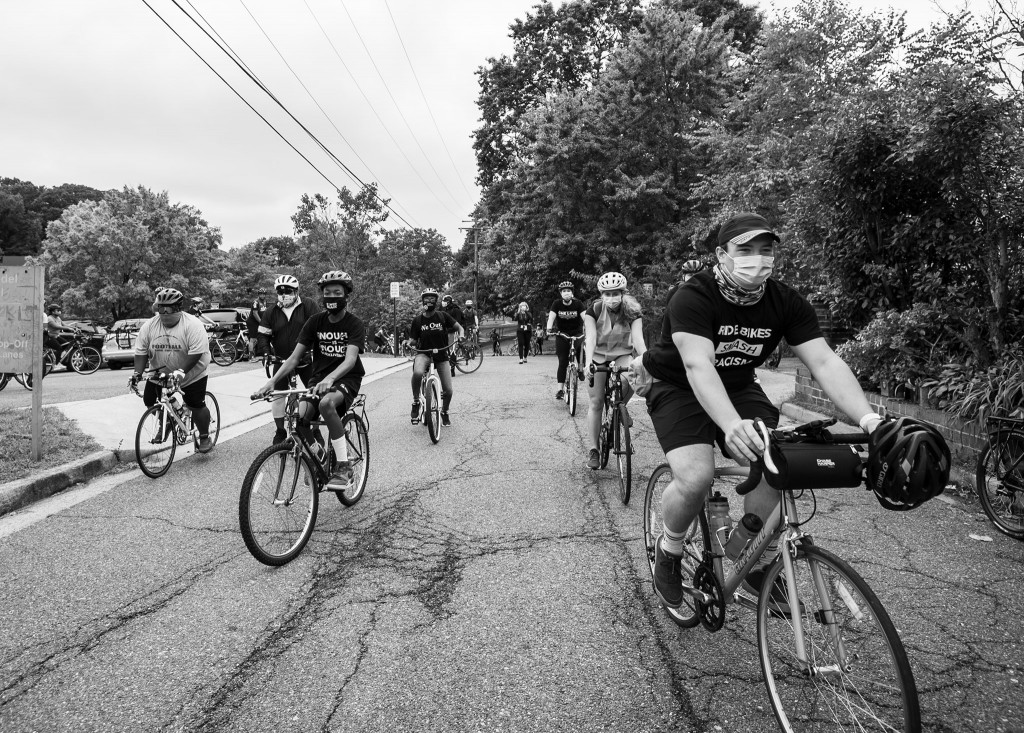 This is a movement, not a moment.

These are moments of unbridled cruelty, followed by raw, guttural outrage. And then, once the wave of emotion has passed, there inevitably remains an institutional complacence. Perceiving these horrors as isolated instances has falsely lulled people into idleness and inaction.

But when you string these moments together—moments bound by a common thread of injustice—there emerges a pattern. One that warrants a movement in response.

When we reflect on our country’s history, a chronology plagued by enslavement and brutality, we realize that this movement has been a long time in the making. From Frederick Douglass to Martin Luther King, the fight for human rights has been relentless and necessary.

The fight is not over. Locally, educational injustice prompted the 2017 formation of Black Parents of Arlington, a group that fights to improve the lives of Black children in Arlington and provide a safe space for Black parents. This year saw the creation of Arlington for Justice, an organization dedicated to criminal justice reform in Arlington. It was established in the wake of George Floyd’s murder and the Arlington County Police Department’s involvement in the Lafayette Park incident.

Arlington isn’t an outlier. Community organizations like these are cropping up all over the country and demanding systemic change.

It may seem as though we are living in a specific moment, but the message behind Black Lives Matter is a refrain dating back centuries. Why, despite the valiant efforts of so many activists throughout our history, do we still need to create new groups to continue this fight? 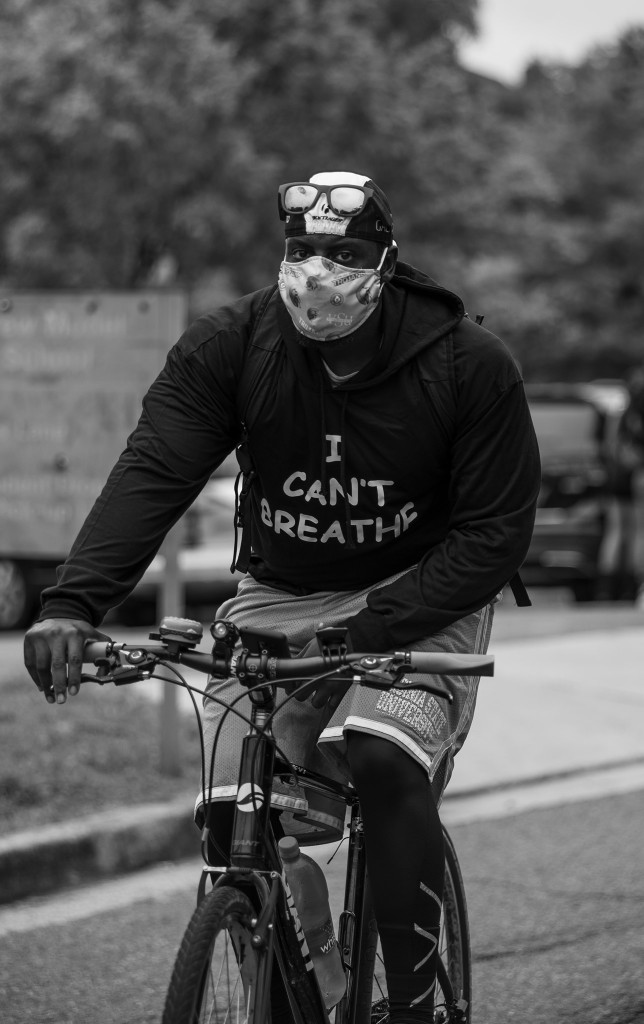 A Ride for Black Lives participant. Photo by Alex Sakes

On September 26, Arlington for Justice hosted the Ride for Black Lives, Arlington’s first protest on wheels. A celebration of physical and societal movement, its intent was to call attention to systemic racial injustice and the need for criminal justice reform in Arlington, while honoring Black history and resilience in our county.

The 14-mile protest route began at Dr. Charles R. Drew Elementary School and culminated at the Arlington Courthouse, passing several sites of Black historical significance in Arlington along the way.

In doing so, the ride acknowledged where we started, where we are now and where we still need to go.

We rode past the former site of Freedman’s Village, a community formed during the Civil War and dedicated to housing and empowering emancipated or fugitive slaves. Carved out of a portion of the estate where Robert E. Lee lived (now part of Arlington National Cemetery), Freedman’s Village was a place where former slaves were free to move, free to work, free to receive an education. Passing by that sacred place, we were reminded that the lingering effects of bondage still limit the Black community’s freedom to move and grow in society, 150 years later. 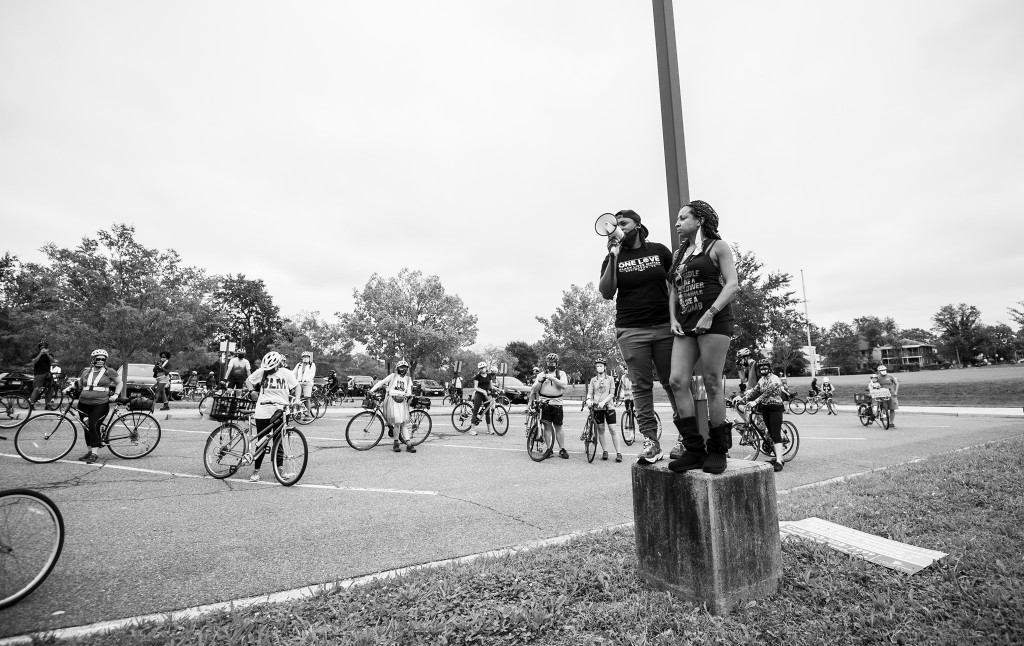 The protest route also made its way past Stratford Junior High School (the building that now houses Dorothy Hamm Middle), one of the first Virginia public schools to desegregate. The first four African American students entered its doors in 1959, yet our schools today are still places where discrimination occurs. School Resource Officers (SROs) were brought into Arlington Schools in 1969 at the height of desegregation. Since then, they have evolved into disciplinary agents who, all too often, target students of color.

During the 2015-2016 school year, 10.6% of Arlington Public Schools students were Black, according to Civil Rights Data Collection, yet Black students made up 25% of all referrals to law enforcement. It is difficult to fully celebrate the desegregation of schools when, six decades later, our students of color are still disproportionately punished at higher rates.

Arlington for Justice is now advocating for the removal of SROs from Arlington schools and working to ensure that access to education isn’t burdened by the weight of our racist past. 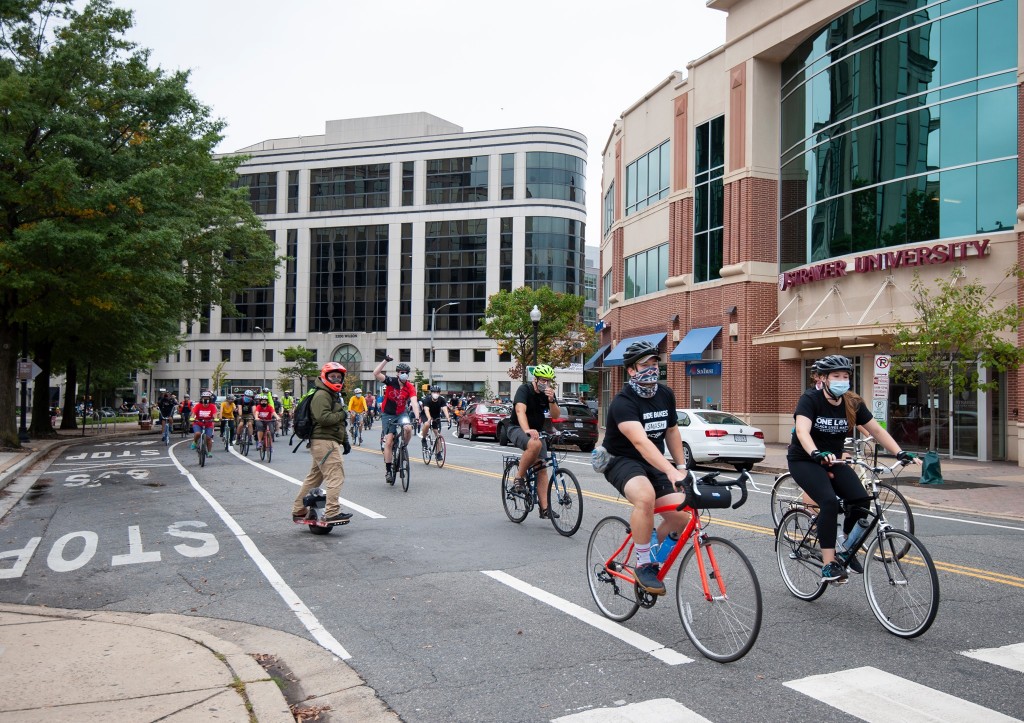 The author (far right) during the protest ride. Photo by Alex Sakes

Cycling and the fight for social justice are both strenuous and unrelenting. At moments you feel breathless and beaten, exhausted by the weight of your body and of oppression. This is why we must fight as a community—encouraging and empowering each other when the burden becomes too much to bear alone.

We are called to climb the hills of injustice together. During last weekend’s protest, 250 riders climbed Halls Hill, where a segregation wall that once separated White and Black neighborhoods still stands today. Making that climb together sheds light on our painful past while simultaneously reinforcing a cooperative commitment to our future.

Movement isn’t always linear, but we can ensure that the general direction of progress is forward. This is our generation’s time to pick up the baton and take the next steps towards equality. If you have found yourself reflecting on our forebears and wondering what you would have done then, it’s what you’re doing now.

And especially, if you are White (as I am, and as 64% of Arlington County is), it’s time to move beyond passive allyship into intentional action. Let’s move.

There is still critical work to be done. The first step is to join one or more of the countless organizations fighting for justice, reform and equality.

Once the miles are logged, the passionate speeches are carried off into the wind and the endorphins begin to subside, there is no time for lethargy. We must keep pedaling, moving and striving toward justice.

Alexis Brouwer-Ancher is a racial and social justice activist with Arlington for Justice and Black Parents of Arlington.

We saw White men protesting lockdown orders with loaded assault rifles. Imagine if they were Black.

Between the Pandemic and the Police: An open letter to my Black child.