11 Things to Do Around Arlington This Week

Revisit the royal family, catch Emmylou Harris at Capital One Center and bid farewell to Inner Ear Studio. Oh, and did we mention Halloween events? 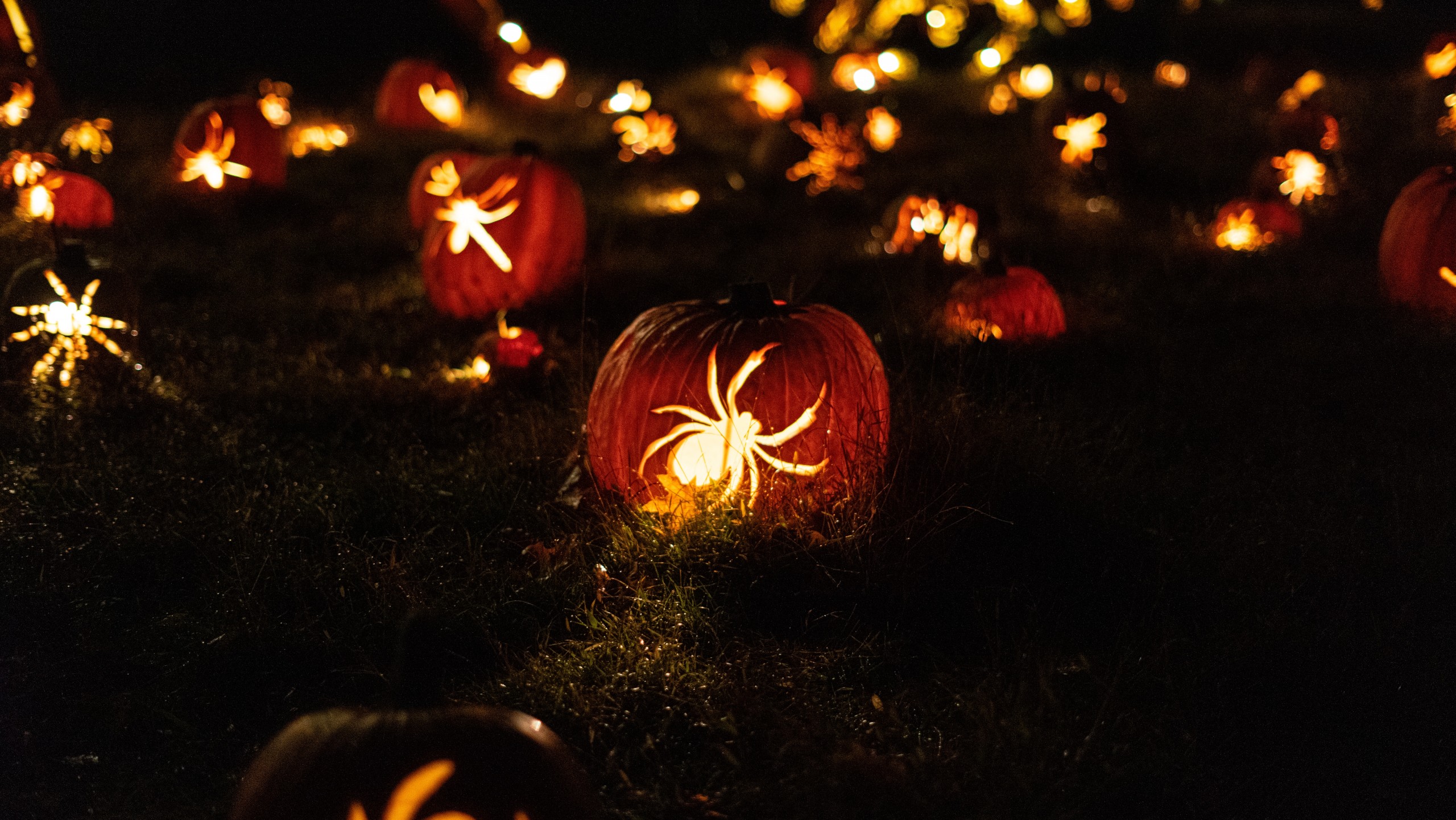 There are plenty of Halloween-centric events for both kiddos and adults going on at the moment. But there are also lots of other reasons to get out of the house, or log on to special events, this week. (Photo by Alex Simpson on Unsplash)

Reign in Review: The British monarchy is no stranger to so-called scandals, including Edward VIII’s abdication of the throne in 1936 and the romantic entanglements of Princess Margaret decades later. University of Maryland history professor Julie Taddeo surveys the royal family’s past—including the more-recent departure of Harry and Meghan, duke and duchess of Sussex—as well as how it’s been covered in the media, in the Smithsonian streamed talk From Mad George to Megxit: A Royal Scandal in Context. // Oct. 25, 6:30 p.m.-7:45 p.m., Virtual. $20 (members), $25 (non-members).

Ballot Talk: Voter rights have been in the spotlight this year, as more than two dozen states have enacted legislation since the 2020 presidential election that effectively expands or limits the ability to cast a ballot. The Fairfax County Public Library is hosting a virtual lecture, Shall Not Be Denied or Abridged: The History of the Right to Vote in America, during which University of Maryland history professor Richard Bell will chronicle the nation’s complex legacy when it comes to the ballot box. // Oct. 26, 6:30 p.m.-7:30 p.m., Virtual, 18+. Free.

Daubers Included: Admit it—it’s been too long since you’ve heard someone shout letter and number combinations at you. Well, now you can experience that thrill as DC Fray and Ballston Quarter host a socially distanced Bingo Night. Materials are provided and the victors will take home prizes. // Oct. 27, 6 p.m.-8 p.m., Ballston Quarter, 4238 Wilson Blvd., Arlington. Free. 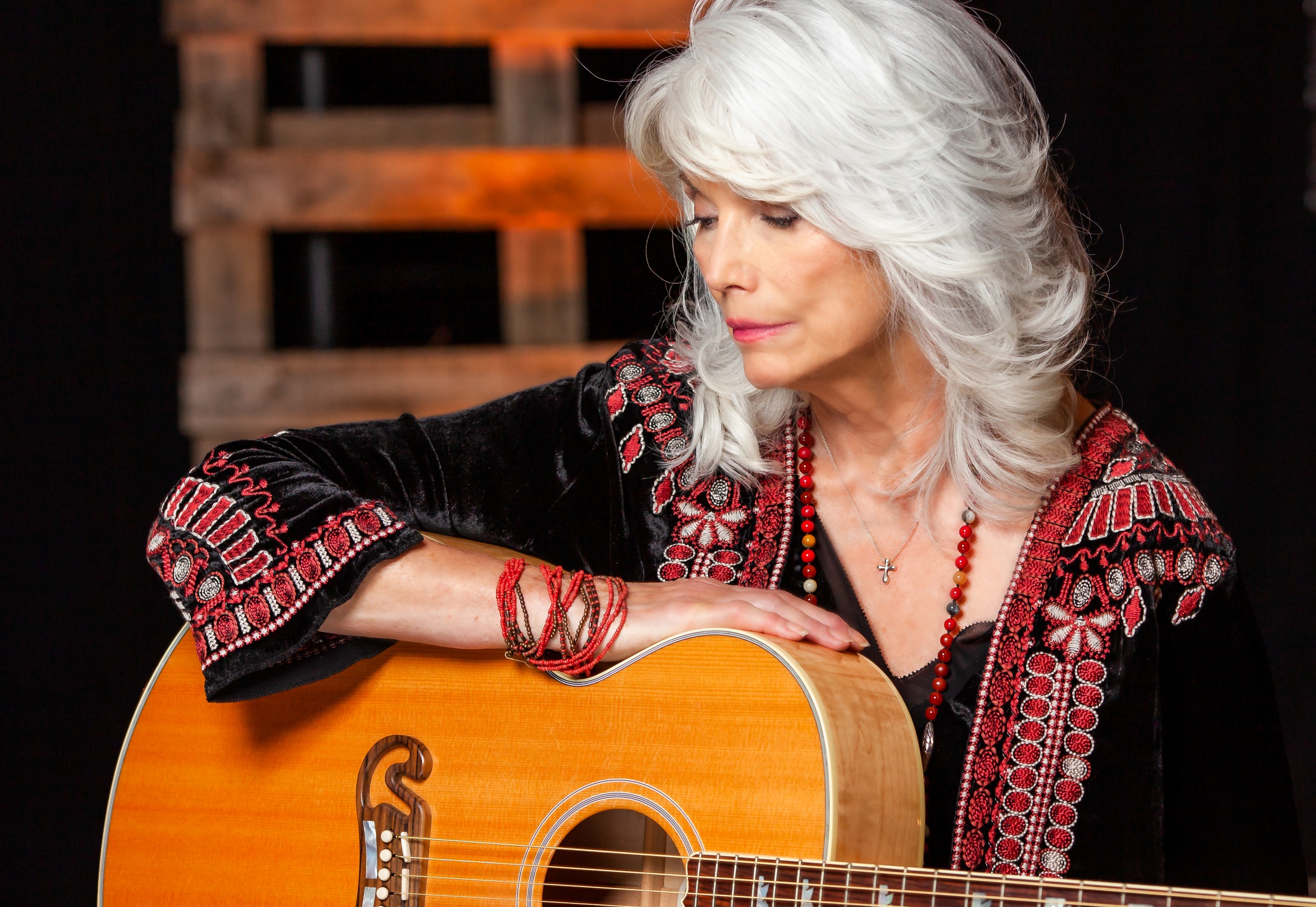 Country and folk star Emmylou Harris joins a slate of musicians at Capital One Hall Thursday for a concert benefiting the Women’s Refugee Commission. (Photo by Kat Villacorta)

Sharing Truths: In Minor Feelings: An Asian American Reckoning, poet and essayist Cathy Park Hong looks at the role of racial consciousness in American culture. Hong, the child of Korean immigrants, delves into her personal experiences, including feelings of shame and depression as she tried to reckon with her racial identity. Join the Arlington Public Library book club Beyond the Hashtag: Unlearning Racism, One Book at a Time for a virtual discussion of Hong’s work. // Oct. 28, 7 p.m.-8 p.m., Virtual, 18+. Free.

Advocacy Through Song: Catch a deep lineup of stars—Emmylou Harris, Steve Earle, Larry Campbell and Teresa Williams, Amy Helm, Gaby Moreno and Thao—at the newly opened Capital One Hall as part of The Lantern Tour. The acoustic concert series benefits the Women’s Refugee Commission, whose work focuses on economic empowerment and gender equity for displaced women and children.// Oct. 28, 8 p.m., Capital One Hall, 7750 Capital One Tower Road, Tysons. Guests must wear a mask and provide proof of full vaccination or a negative Covid-19 test approved by the CDC taken no more than 48 hours before entering. Tickets start at $102.

Happy Hours: Before Fridays at the Fountain wraps up for the season, enjoy an evening with D.C. blues/rock trio Sol Roots. And while you’re there, try some Peruvian Brothers eats and beverages (including the alcoholic variety) from The Stand. // Oct. 29, 5 p.m.-8 p.m., Crystal City Water Park, 1601 Crystal Drive, Arlington. Free.

Freaky Flick: A few years before SJP was donning Jimmy Choos, luxuriating in an obscene amount of brunches and squabbling with Mr. Big, she co-starred in the 1993 comedic take on the Salem Witch Trial, Hocus Pocus. Bring the kids to this outdoor screening of the film with a picnic, or patronize the nearby food trucks. And for more kid-friendly Halloween fun check out these Halloween events. // Oct. 29, 6 p.m., Virginia Highlands Park, 1600 S. Hayes St., Arlington. Free. 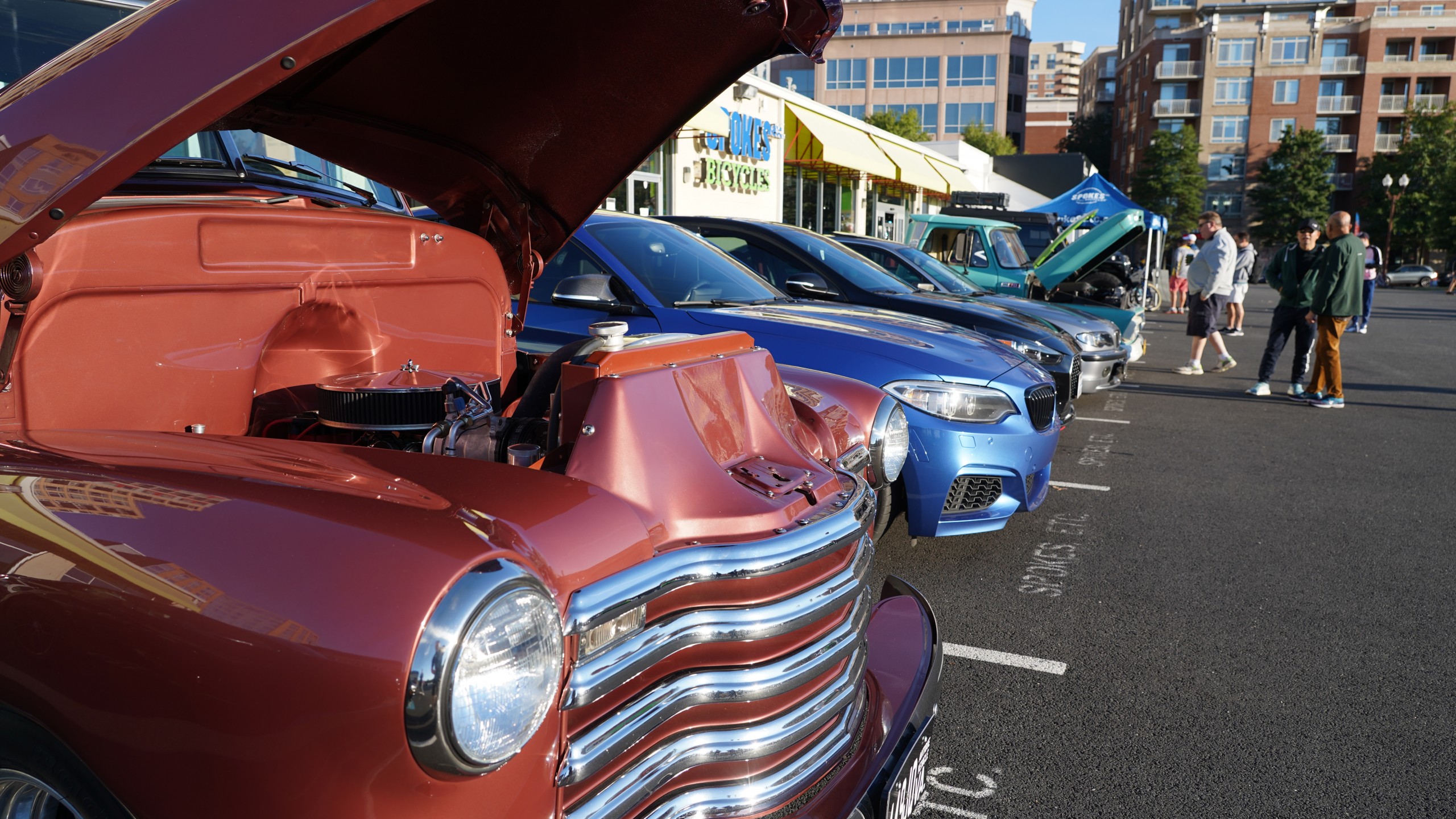 Don’t forget your costume at this weekend’s Halloween-themed Cars and Coffee, complete with trick-or-treating. And cars. (Photo courtesy of Ballston BID)

Beep Beep Boo: This weekend is your last chance to pop by the Ballston BID’s Cars and Coffee (until next spring), so why not do it in costume? At this holiday-themed Halloween Cars and Coffee, give your costume a trial run before the big day while checking out wild wheels, trick-or-treating, munching on free baked goods and, of course, sipping some coffee. // Oct. 30, 8 a.m.-10 a.m., Gold’s Gym Parking Lot, 3910 Wilson Blvd. Free.

Someone Say Bounce House? We’ve got a slew of adult-oriented Halloween happenings this weekend, but the younger set may be interested in the Falls Church Halloween Carnival. Youngsters age 2 to 11 can jump around on inflatables, play games and jam out to music from a second-grade class at Mount Daniel Elementary and D.C.-based dad duo King Bullfrog. // Oct. 30, 1 p.m.-3 p.m. and 3:30 p.m.-5:30 p.m., Cherry Hill Park, 312 Park Ave., Falls Church. Masks required for children 12 and under and recommended for older participants. $1 (cash only).

Zumba Till You Drop: Burn some serious calories at Boro Park for the Party in Pink zumbathon, on this final day of Breast Cancer Awareness Month. And get there early—the first 10 attendees to arrive receive a gift. // Oct. 31, 11:30 a.m.-12:30 p.m., Boro Park, 8350 Broad St., Tysons. Attendees should arrive 30 minutes early to complete waiver. Free.

Bid Adieu: Local music legend Don Zientara—whose Inner Ear Studio was a home base for punk and hardcore bands such as Fugazi, Minor Threat and Bad Brains—is saying goodbye to his longstanding recording studio this week; the county is preparing to demolish it to make way for a new arts district. But before the studio closes its doors for the final time, revel in one last night of music there, featuring several bands and an event-ending costume contest. // Oct. 31, 6 p.m., Inner Ear Studio, 2701 South Oakland St. Donations suggested.