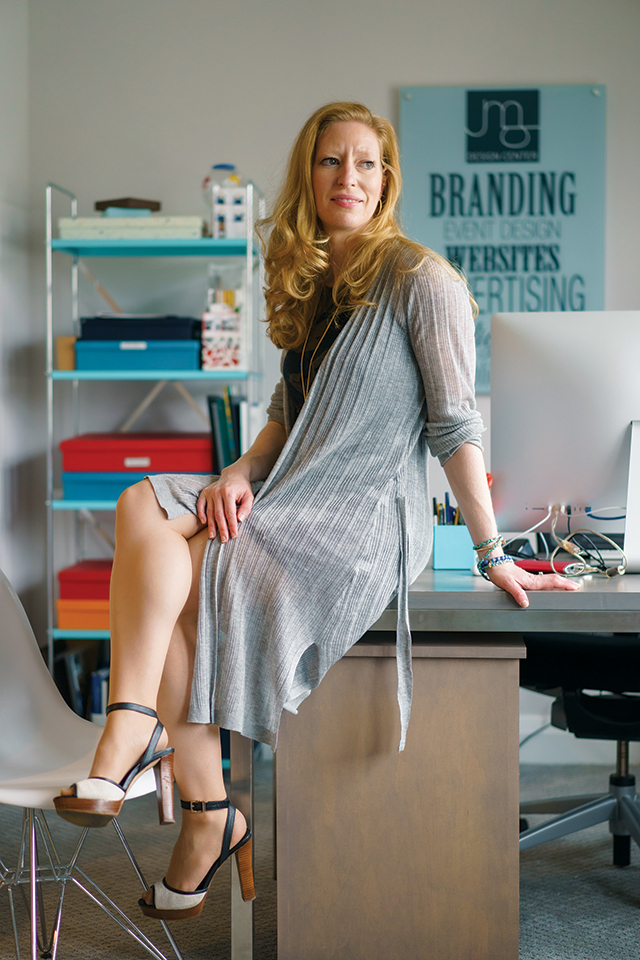 Jennifer Bethel moved smoothly from grand plié to relevé as her friend Afton Mormann watched in astonishment. It was 2013 and the two were trying out a class at Adagio Ballet, a dance studio (now closed) on Lee Highway. Mormann remembers struggling to follow the instructor’s movements while Bethel executed the sequence perfectly after hearing the choreography only once, and with no visual cues. Bethel is legally blind.

“She did not miss one beat in that class,” says Mormann, who lives in McLean’s Franklin Park neighborhood. “She must be more in tune with her listening than your average person. That carries over into her friendships and her business.”

Bethel’s business—however unlikely for a blind person—is graphic design. Her career choice speaks volumes about her refusal to accept limitations, her problem-solving abilities and her creative gifts, including some that have emerged because of her blindness, not in spite of it.

Now 40, Bethel was born with a rare disease, ocular albinism. That means her retinas and irises lack the pigment needed to aid vision. She can see things extremely close up and can make out colors, but her vision in both eyes is 20/600—worse than the 20/200 threshold that qualifies a person as legally blind.

That friend or neighbor most people can recognize waving from 60 feet away? Bethel can only see from a distance of 2 feet.

Mormann still recalls the nerves she felt that first day in ballet class, about not knowing what was coming next, and the realization that came after.

“Jennifer is doing it every second of her life,” says Mormann, who has known Bethel for 12 years, ever since they both lived in the same apartment building in Courthouse. “The second she walks to the sidewalk, every day is new for her.” 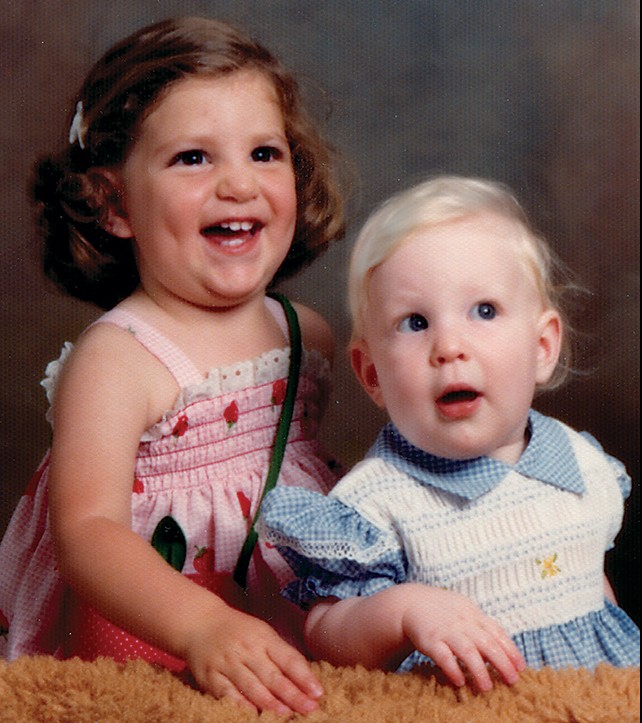 Bethel was a baby when her mother noticed her eyes moving rapidly back and forth (a condition called nystagmus) and set out on a medical maze to identify the cause. Although ocular albinism does not come with the reddish-looking eyes sometimes associated with general albinism, Bethel did have very pale skin and white hair as a child—unlike the other members of her Sephardic Jewish family. “I was always the ghost with the white hair,” she says.

Her appearance made her a target for bullies, but her resolve to not let blindness define her was born even earlier.

“My parents, they never stated it as a problem that would keep me from doing anything,” says Bethel, whose mother, Carol Froehlich, was a school counselor. Her father, Rick Froehlich, was an accountant and CFO of the private company that developed the Dul­les Greenway. They moved to Fairfax County from Atlanta when she was in fourth grade.

“I have an older sister. She rode a bike, I wanted to ride a bike,” Bethel recalls. “Doctors told my parents I wouldn’t go to a regular school…that I wouldn’t do things like gymnastics or dance that required a lot of balance. And my parents just pretty much said, ‘We’re not going to listen to that. She’s a kid and if she wants to try, we’re going to give her that opportunity.’ That’s what they have done for everything in my life.”

But the injuries were better than the alternative. “I feel very fortunate I had parents who weren’t afraid to let me try and fail, and brush off the bruises,” Bethel says during a Zoom call from the loft office in her Clarendon home, a box of markers nearby for doodling. 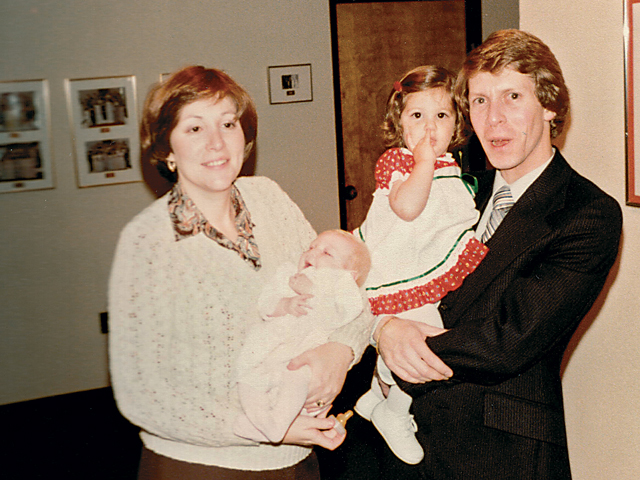 Bethel as a baby (left) with her family. Courtesy photo

Her hair and skin have darkened with age—markedly so after two pregnancies—and her strawberry-blonde hair now frames a creamy complexion set off by bright lipstick. Her eyes seemingly reflect the colors around them, appearing greenish from her desk, but bluer when she switches locations and walks into the sunlight downstairs.

Bethel describes her love of the arts as innate. As a girl, she would ask people what fashion styles they liked and draw them outfits. She painted Disney movie posters. If her uncle offered to buy her a gift, she always picked an art kit. She later took up competitive dance, somehow keeping in synch with her teammates.

Her sister, Rachel, was her shield against an insensitive world. Other kids in their school ridiculed Bethel’s rapidly darting eyes and unusually pale skin and hair. They stuck their feet out to trip her and pulled chairs out from under her. Rachel would invite her younger sister to eat lunch at her table, with the older kids.

“My sister was always the popular, gorgeous one and people feared her,” Bethel says. “She would not allow anybody to be mean to me.”