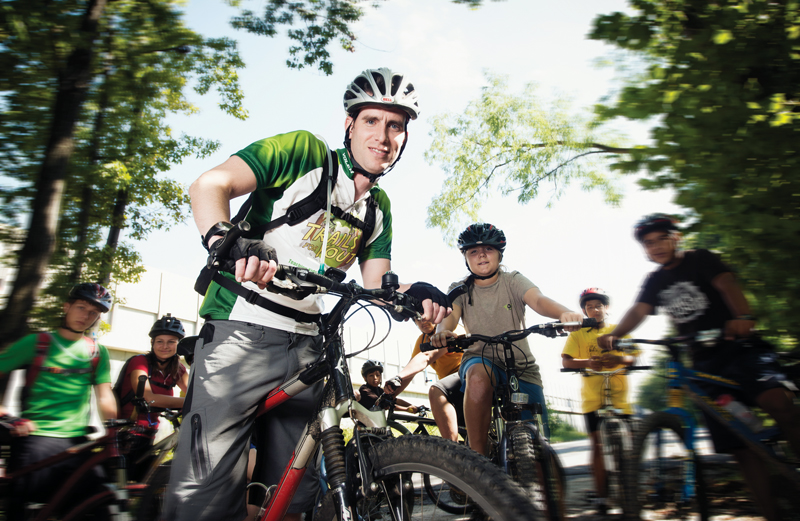 The good news? Hundreds of citizens step forward every day to help make up the difference. In 2008, residents of Arlington, Falls Church and McLean collectively donated more than $366 million to charity, according to a recent study by The Chronicle of Philanthropy.

People living in the greater Washington, D.C., area also donated nearly 190 million hours of community service in 2010, according to research by the Corporation for National and Community Service. More than a third of area residents donate their time, giving D.C. a ranking of ninth among the nation’s most prolific metro areas for volunteerism.

Lisa Jackson-Cherry, chair of Marymount University’s department of counseling, notes that the rewards of charitable giving—and volunteering in particular—go both ways. “The benefits of giving really extend beyond [the recipients],” she says. “People who are engaged in service projects not only tend to have a higher degree of empathy and concern, but they also receive something in return: that sense of self-worth, of I’m making a difference.”

Volunteering has always been a priority for 37-year-old aerospace engineer Pat Hoar. During his high school years at T.C. Williams in Alexandria, he had many friends who came from disadvantaged backgrounds.

“I remember one of my friends had saved enough money to pay for college, but he couldn’t afford to pay for books,” says Hoar, who now lives in Falls Church. “One night we were talking about it in front of my mom, and she asked him how much his books were going to cost. She handed him a check for $300 on the spot. He became the first person in his family to graduate from college.”

The impact of his mother’s gesture inspired Hoar. In college, he worked with at-risk kids in an afterschool program through the University of Virginia’s service organization, Madison House. After graduating in 1997, he volunteered with the I Have a Dream Foundation, working with disadvantaged children in D.C.

Then, in 2004, he signed on with Big Brothers/Big Sisters Northern Virginia Council and was matched with Tavon, an 11-year-old boy in a single-parent household. For the next seven years, he and Tavon spent six hours together every other Saturday.

Today, they remain close friends. Hoar attended Tavon’s 2011 high school graduation, and Tavon, in turn, stood as a groomsman at Hoar’s wedding in March. “Tavon knows that he has a friend in me for life,” Hoar says. “He has a network with my entire family.”

Granted, volunteer work does mean sacrificing time that might otherwise be devoted to family or other priorities. But Arlington resident Kit Ballenger, a mom of two, doesn’t necessarily see that as a negative. She believes that there’s an inherent value in modeling a commitment to service for her children.

“There are nights when my kids give me a kiss at dinner and they know that I am going out to read to the other kids,” says Ballenger, a former attorney for abused and neglected children. Now a stay-at-home mom, she volunteers with The Reading Connection, a literacy program for at-risk youth.

“Sometimes my kids give me books to bring to the other kids,” she says. “I’m proud of how selfless they are.”

Chris and Catherine Guttman-McCabe, both lawyers who live in the Old Glebe neighborhood, have made volunteering a family activity. It started in 2011 when the couple was looking for a way to offer some perspective to their two daughters, Anna, 12, and Abigail, 9. “[We wanted] to help them gain an appreciation for what other people go through,” Catherine explains.

Together, the family created Kids and Teens in Action, a grassroots group that creates and delivers housewarming baskets for individuals who are moving out of homelessness through Arlington’s 100 Homes campaign. New residents receive the baskets on the day they are handed the keys to their new homes.

Filled with items that the Guttman-McCabes solicit through donations, each basket contains more than $100 worth of household goods—paper products, dinnerware, bath towels, soaps, home-baked treats, pantry items and Target gift cards—along with a handwritten note of encouragement.

“You would have thought Abigail was waiting for a movie star the day we delivered our first basket,” Catherine recalls. “The girls are so excited to help and to see that these people who have been through difficult times are getting a new lease on life. It’s nice for the people who are moving in to see that they are being supported by their community, too.”