The future is looking bright as these students find their calling.

Arlington Magazine received 125 nominations in its first annual Extraordinary Teen Awards, drawing entries from both public and private schools in Arlington, Falls Church and McLean. Suffice it to say the student accomplishments chronicled in those nominations were…well…extraordinary. Which meant that choosing the 10 inaugural winners was no easy task. We, the staff here, were left feeling a bit inadequate—while at the same time comforted to know that our future lies in such very capable hands. Extraordinary achievement comes in many forms, be it academic, athletic, artistic, entrepreneurial, service-oriented or intrinsically personal. Read on and be inspired. 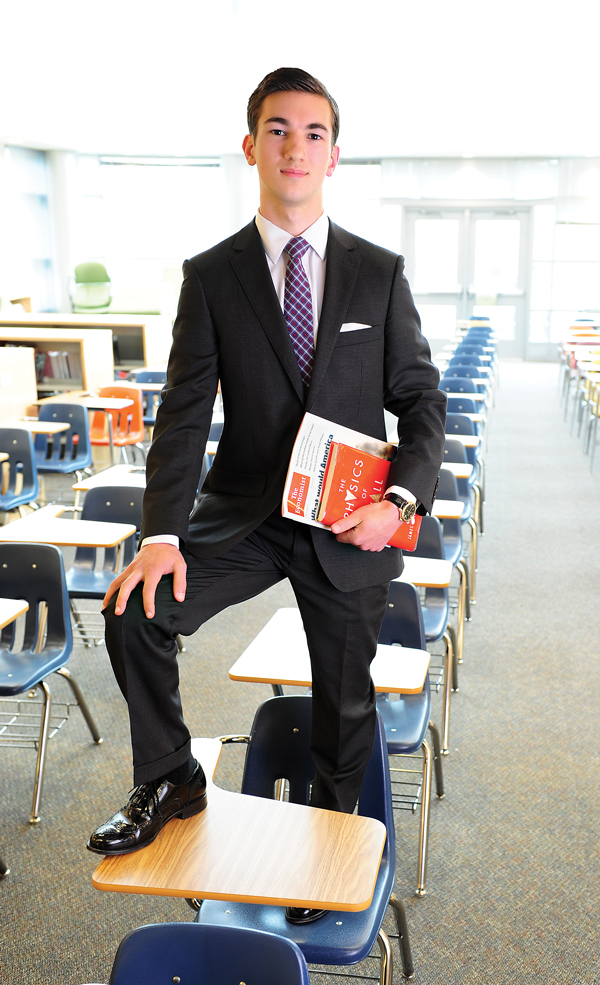 Last summer, Jethro Torczon was slated to give a speech in front of 700 people, culminating his experience at Virginia Boys State, a weeklong simulation of state government sponsored by the American Legion. He had beaten out 50 rivals for the honor of giving the graduation address. A half hour before show time, however, he learned there was a little problem. He didn’t have 10 minutes to speak, but rather five minutes.

Unfazed, he made some last-minute adjustments, went onstage, and earned a standing ovation. “It was kind of fun,” he says. “I like working under pressure.”

Given that poise, it’s not surprising that Torczon was voted “Most Likely to Be Elected President” by his senior class. A 2014 National Merit Finalist, he has aced several speech competitions, including the Sons of the American Revolution’s Joseph S. Rumbaugh Historical Oration Contest, which he won two years in a row.

But his real aspirations are entrepreneurial. In fall of 2013, Torczon co-founded Bishop O’Connell’s Stock and Finance Club, a group that competes against other schools throughout the state in a virtual stock market.

His four-person team finished first in Northern Virginia, earning a 10 percent rate of return. “We made a good amount of money off Tesla, and some more off of Twitter after its IPO,” says the East Falls Church teen.

He counts his father, Richard, among his mentors: “My dad always says, two things that will set you apart, no matter what you do in life, are math and public speaking.”

This fall, Torczon heads to the University of Alabama to double-major in engineering and economics. His ultimate goal is to one day design a product and figure out how to sell it. He’s already been admitted to the university’s Computer-Based Honors Program, where he’ll conduct his own research with the help of faculty advisers. “The world is changed by real people,” he says. “So why not be one of those people?”