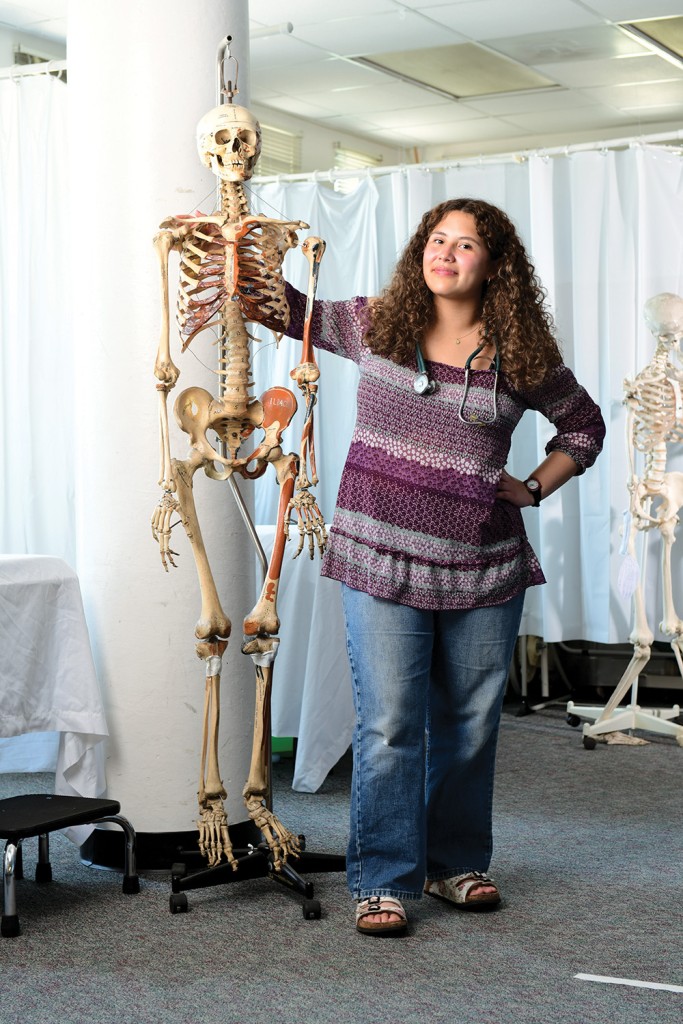 Antonia Jara Romero grew up on her grandparents’ farm in Cotacachi, a rural town in the Andes mountains of Ecuador, where the nearest hospital was 90 minutes away. Residents sometimes came to her grandmother, Graciela Dominguez, to get treatment for injuries and conditions such as parasites in babies.

At 10 years old, Jara Romero was tasked with boiling water, plucking herbs to make tea and taking blood pressure readings from people in need of care. Sometimes farmworkers suffered serious accidents and had to be driven to the hospital in the family car.

“One time a man came in and had been in a tractor accident,” recalls the teen, now 18. “I have a memory of my grandmother holding his [lacerated] leg. It made me more aware of how people fall through the cracks of health care. There are people who don’t have access.”

Those memories of treating people, sometimes for conditions that were preventable, stayed with Jara Romero when she moved to Arlington with her siblings and parents in seventh grade. She spoke little English at the time. But by high school, at Arlington Tech, she was pursuing dual-enrollment classes at Northern Virginia Community College (where she expects to graduate in July with an associate degree in science).

This fall, she plans to study public health at William & Mary. She hopes eventually to return to Ecuador to address the gaps in its health care system.

“As a first-generation English language learner, [Antonia] really set the pathway for other students to achieve their dreams,” says Monica Lozano-Caldera, the equity and excellence coordinator at Arlington Tech. “She has an internally driven motivation to succeed.”

Jara Romero won three gold medals for top scores on the National Latin Exam, finishing high school with a 3.89 GPA. She was a member of Arlington Tech’s Ultimate Frisbee team and helped start a chapter of HOSA-Future Health Professionals at her school. HOSA is a global student-led organization that promotes careers in the health care industry.

“What Ecuador really needs—and other developing countries—is to focus more on prevention…because we don’t have enough money to treat everyone,” she says. “Everyone deserves access to health care.”