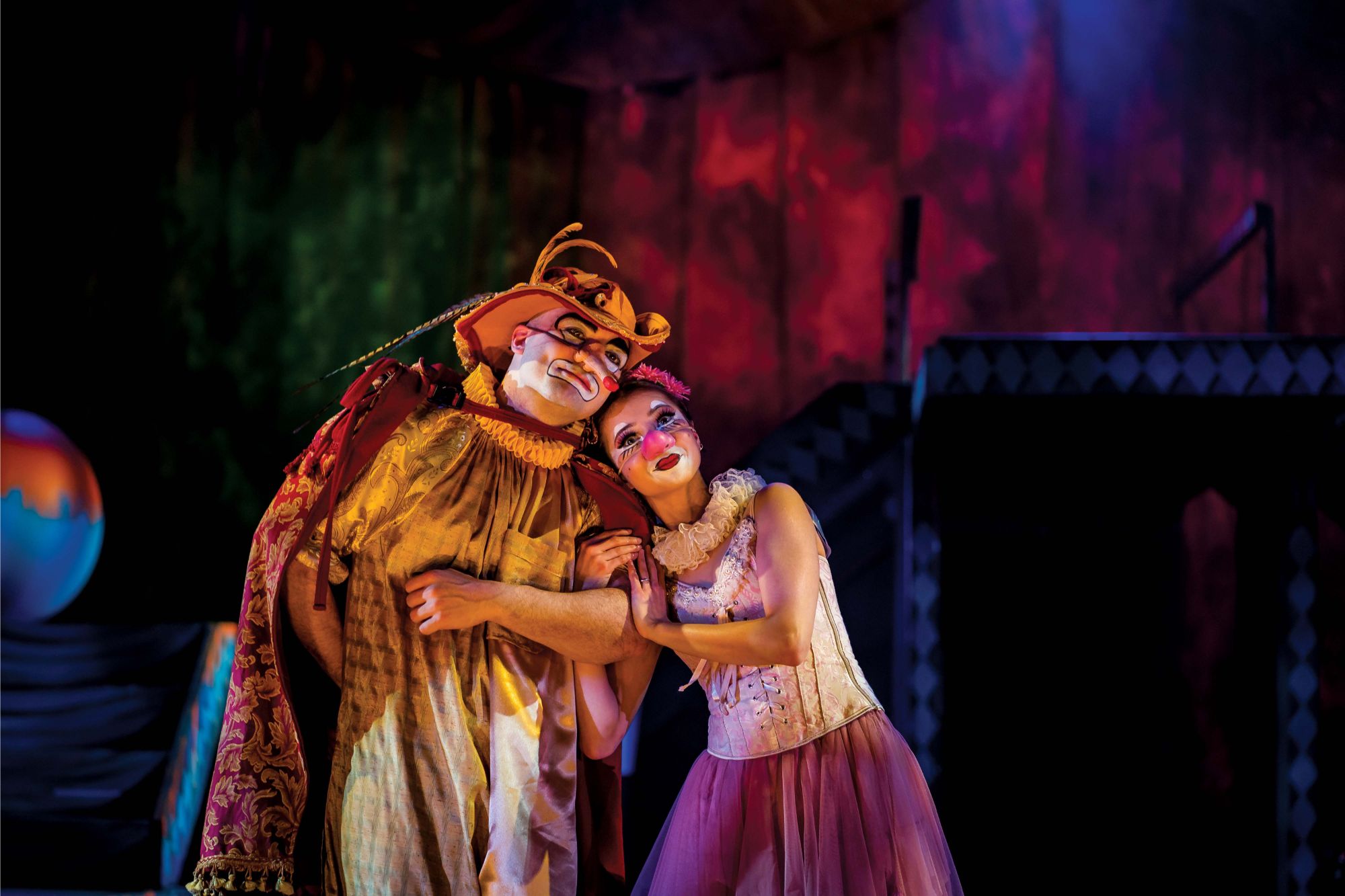 During a Friday night rehearsal in the basement of St. Andrew’s Episcopal Church on Lorcom Lane, about 20 kids are standing in clusters—some a little nervous, others confident, but all smiling and ready to go. “Move your bodies,” artistic director Susan Keady instructs them. “Body motion keeps you connected to the words. We have to give life to these characters.”

Ranging in age from 9 to 17, the performers are working through the script for The Talented Clementine, a world-premiere musical about a school talent show (based on the book by Sara Pennypacker), produced by Arlington’s Encore Stage & Studio. The kids respond to Keady’s direction, infusing their lines with physical humor and snark.

And yet local arts groups repeatedly find themselves in uphill battles for funding from government entities, private donors and grant-making organizations. Although the Virginia legislature this year increased its arts appropriations by 6.8 percent, the commonwealth still ranks 43rd in per-capita arts funding, according to the National Assembly of State Arts Agencies, whereas Maryland ranks fourth. Washington, D.C., spends more on the arts, per capita, than any state. 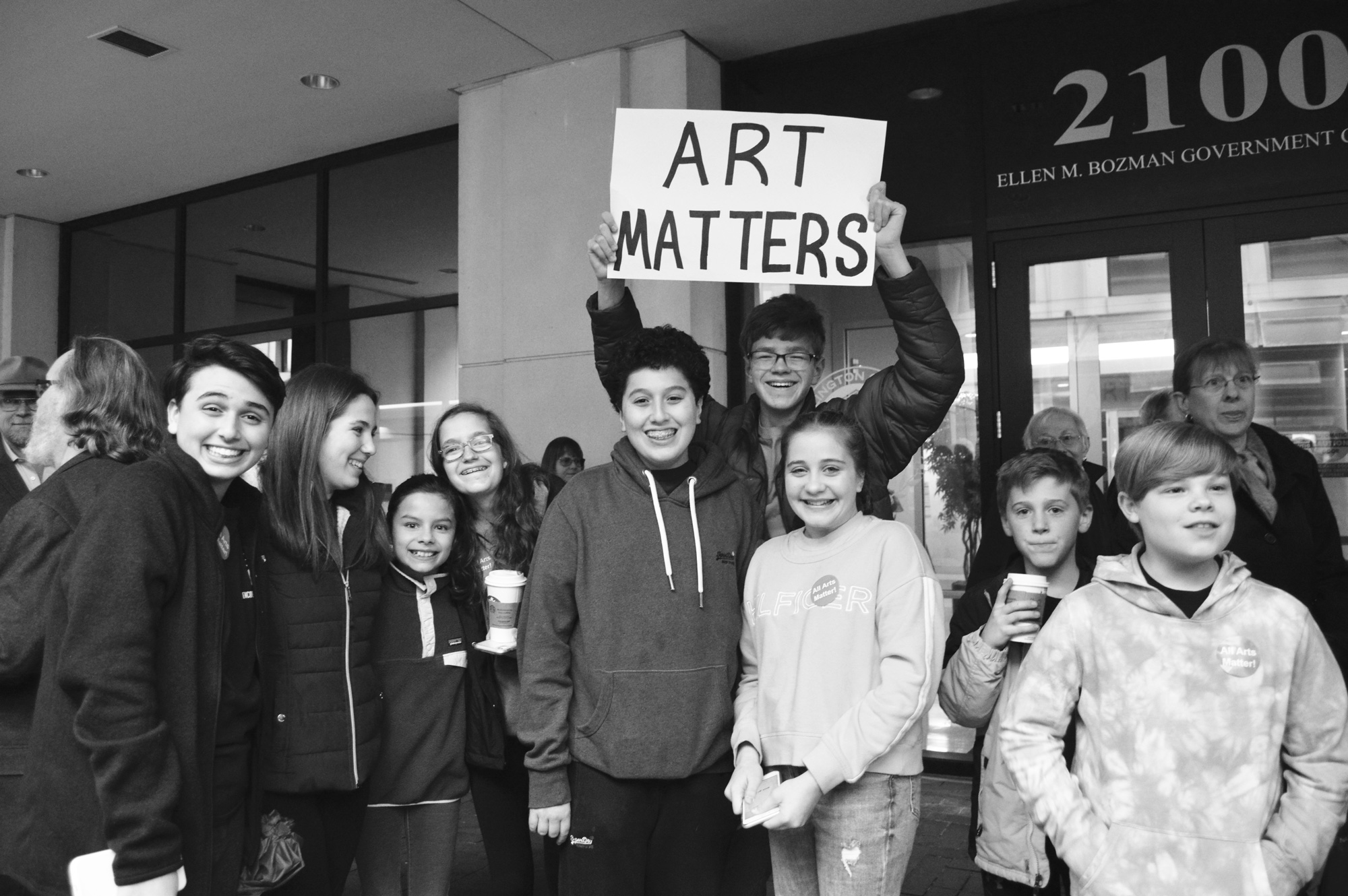 Students rallied this spring to save local arts funding. Photo by Aileen Christian.

So it was an added blow to local artists when the Arlington County Board—faced with competing fiscal year 2020 priorities related to affordable housing, public transit and other critical needs—in March proposed drastic cuts to several arts programs, including the county’s CostumeLab and Scene Shop, the poet laureate program and artist grants. The cuts would have slashed $500,000 from an arts budget of about $2.67 million.

Public outcry was swift. Arts advocates packed county board hearings, held rallies and circulated letter-writing and petition campaigns. Janet Kopenhaver, founder of the advocacy group Embracing Arlington Arts, argued that under the proposed plan, arts groups would take a grossly disproportionate hit, bearing a full 10 percent of the overall funding reductions even though the arts account for a tiny fraction (less than 0.2 percent) of the county budget.

The backlash came at a time when the community was still absorbing some significant arts-related losses, notably the closures of county-managed Artisphere (2015) and the Rosslyn Spectrum Theatre (2017) due to revenue shortfalls, and the shuttering of Iota Club & Café in Clarendon (2017) after its lease ended and the owners faced higher rents.

County leaders were in a tough position. Anticipating a budget gap of $20 million to $35 million (largely the result of dwindling commercial property tax revenues due to a high level of empty office space), county manager Mark Schwartz put it plainly. “We are always looking for creative and more efficient ways of doing things,” he told Arlington Magazine in a December 2018 interview, “but you can’t work your way out of a gap that size without cutting [certain] services and programs.”