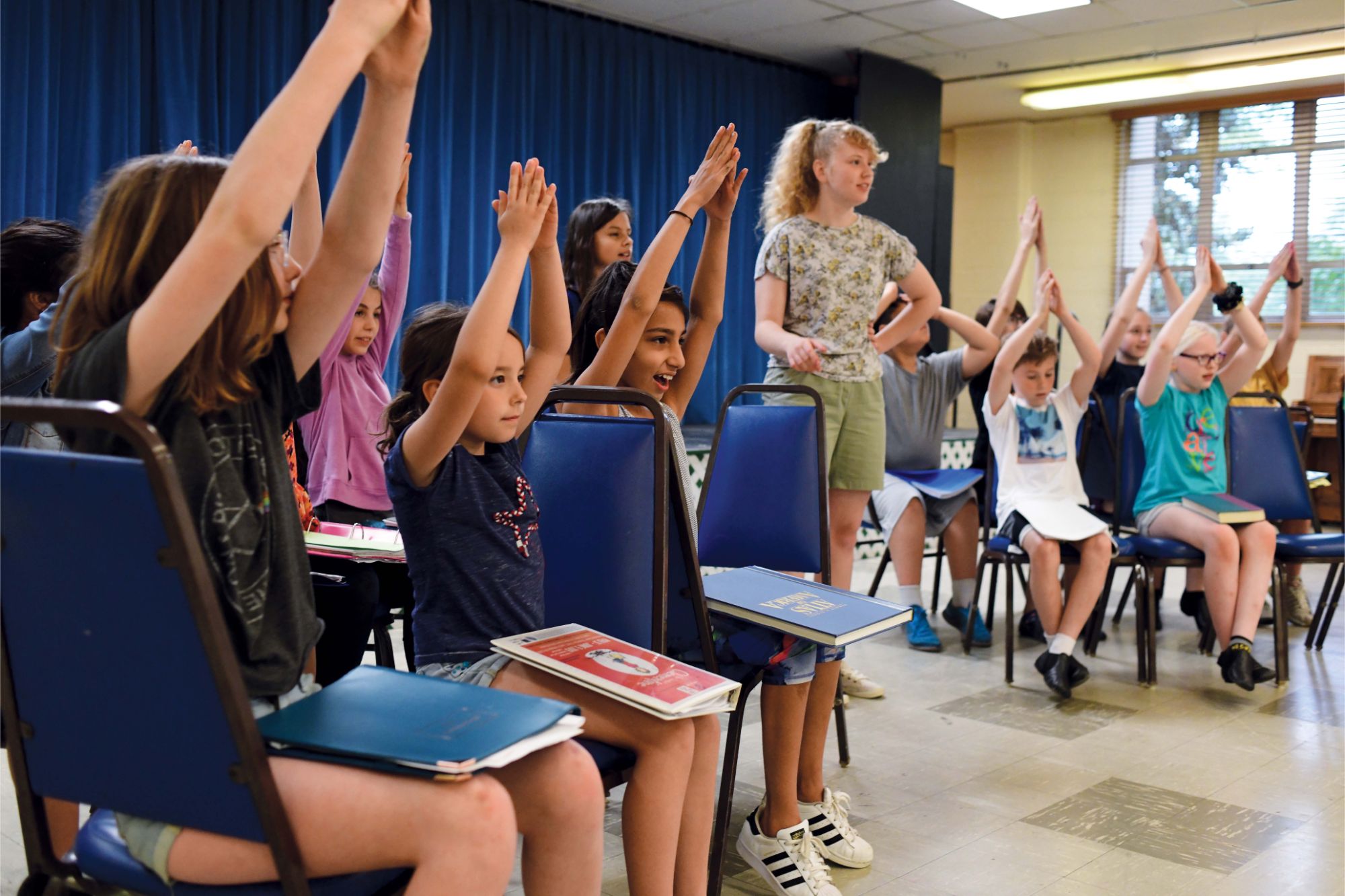 A rehearsal for Encore Stage & Studio’s The Talented Clementine. Photo by Michael Ventura.

Arlington’s arts community is fairly decentralized, and Kopenhaver, a lobbyist, has worked to unite disparate groups in advocating their common cause. She founded Embracing Arlington Arts on Valentine’s Day 2017 (“because we love the arts,” she quips).

Since then, she has injected some needed organizational energy into the landscape, creating a calendar of arts events, a mailing list and Facebook page, and even a weekly arts show on WERA 96.7 Radio Arlington. “We need to bring [these] groups together,” she says. “Each organization can’t do it alone.”

By her count, some 35 to 40 arts groups and hundreds of visual artists live or work in Arlington. Collectively they stage about 4,000 programs or activities throughout the year that impact almost 600,000 people, including county residents, workers and visitors. Arlington derives more than $18 million annually in economic activity from the arts, she says, citing a study by the nonprofit Americans for the Arts, in the form of restaurant spending, parking, ticket sales and other purchases. But budget stresses have recently forced a reckoning over the county’s role as benefactor and what is owed a community with regard to what composer Jean Sibelius famously described as “the signature of civilization.”

Steven Yates, president of the Arlington Players (TAP)—which just completed its 68th season—believes local government has a unique role to play. “Private philanthropy is driven by many personal motivations, but government support drives the public interest,” he says, “and can include things like ensuring fair access to resources and reducing barriers to public participation. Arlington will lose its identity as a welcoming and inclusive community without the variety of artists it enjoys today.”