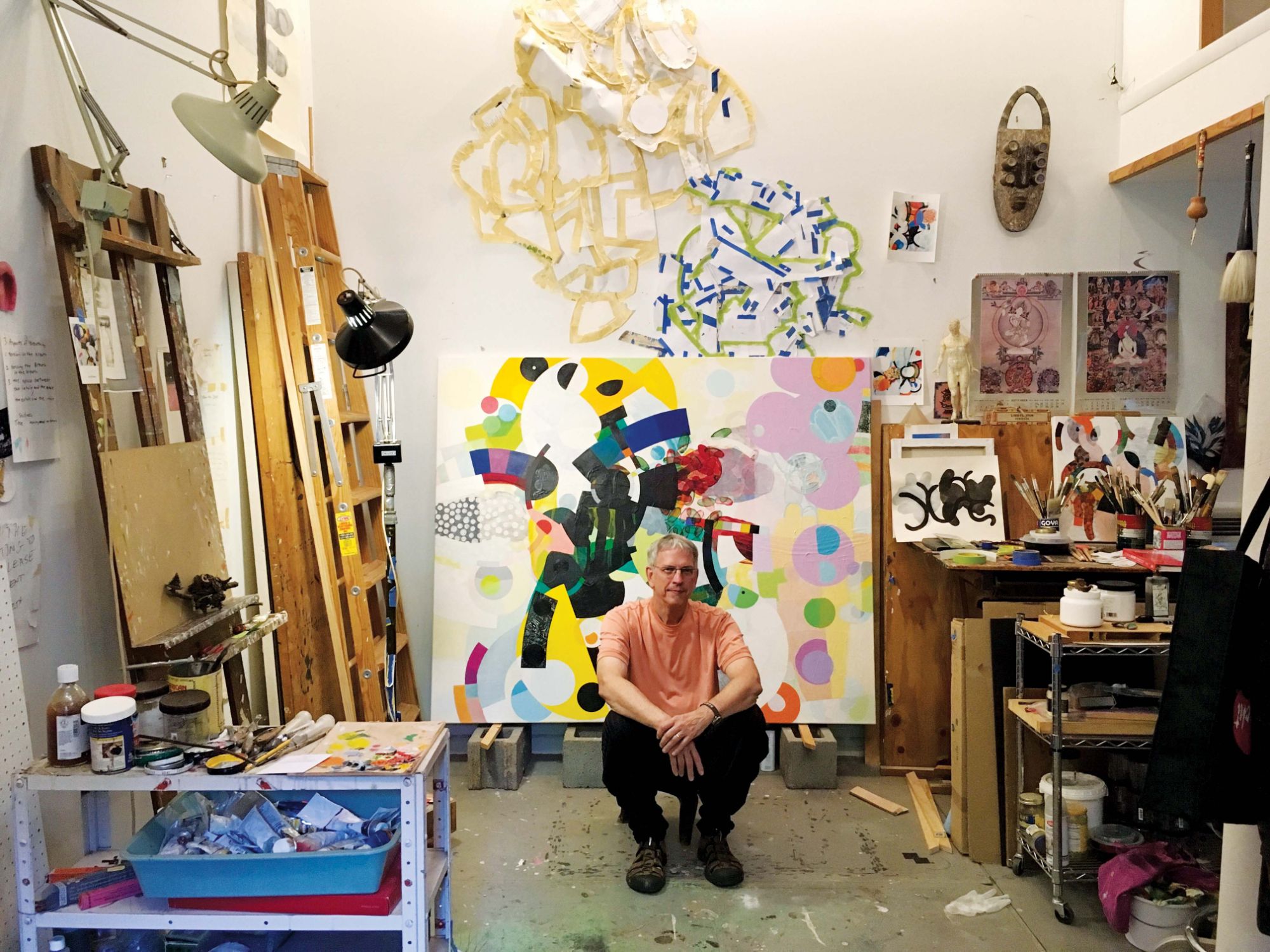 Visual artists in Arlington express similar frustrations. “We need to stop treating the arts like a sidelined quarterback,” says David Carlson, a multimedia artist and professor of art at Marymount University. As a member of the 15-member Arlington Arts Commission, Carlson acts as an adviser to the county board and oversees grants programs, which, in the last funding cycle, awarded roughly $216,000 to 15 arts organizations and two individuals. (By comparison, the D.C. Commission on the Arts and Humanities in 2019 awarded more than $7 million in grants to more than 120 organizations, although the District’s annual operating budget is more than 10 times the size of Arlington’s.)  Editor’s Note: For a detailed comparison of how Arlington’s grant funding for the arts stacks up, per capita, against Montgomery County’s and the District of Columbia’s, click here.

“I’ve been a practicing artist for 40 years and an educator for over 30,” Carlson says, “and the threat of defunding is an ever-present reality. It’s just easier to cut the arts [compared with essential services such as law enforcement]. But it shows a lack of understanding about the arts and their role. Visual art is a nonverbal way to communicate. It helps us access a different way of looking at things and processing information.”

Holly Koons agrees. She’s executive director of the Arlington Arts Center (AAC), a nonprofit contemporary arts center and studio space housed in the historic Maury School in Ballston. Each year, the AAC hosts a full slate of exhibitions, lectures, workshops, classes and camps for artists of all ages. It also provides subsidized studio space for resident artists—something Koons says is essential in a county where working artists struggle to find housing and workspace they can afford.

This summer, the AAC will be wrapped up—literally—in a large-scale textile art project by New York artist Amanda Browder. The building itself will be shrouded in a tapestry of fabrics donated and sewn by members of the community. The project was funded by a grant awarded to AAC by the Arts Commission.

Koons warns that cuts to these kinds of grants can precipitate a vicious cycle in which it becomes even more difficult for artists to acquire funding from other private or nonprofit sources. “If you’re struggling, then you’re less likely to be able to prove to others that you can run a stable budget,” she says.

Add to that an apparent downturn in charitable giving by private citizens as a result of the recent tax reform package passed by Congress. Some reports suggest that donations to small local nonprofit organizations fell by 2.3 percent last year. And in the greater D.C. area, there’s considerable competition for donations.

“Arlington can be a difficult place to run an arts center because we’re in the shadow of places like the Kennedy Center or the Hirshhorn,” Koons says. “And yet Arlington is a distinct and unique community unto itself. The arts contribute to that.”