This Arlington gem is everything a French bistro should be. 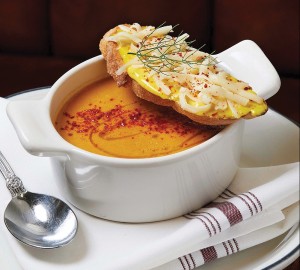 The Marseille-style fish soup at Café Colline is liquid gold. An orangey bisque finished with drizzles of olive oil and a sprinkle of smoked paprika, it arrives with grilled French bread, shredded Gruyere cheese and a bright yellow saffron aioli on the side.

Chef Brendan L’Etoile learned how to make the dish—which he calls a “poor man’s bouillabaisse”—when he apprenticed briefly in Paris in the early 2000s. But its richness belies that description. The laborious process requires making a fish stock from scratch, straining it and cooking it with ginger, garlic, fennel, tomatoes, orange peel, star anise, brandy, pastis (an anise-flavored liqueur) and potatoes. L’Etoile then purées this elixir, strains it two more times and adds lemon juice for brightness. I slather the toast with aioli, dunk it in the soup and top it with cheese, but no matter how a bite is put together, it winds up sublime.

The soup is one of the first courses to arrive on a splendid summer evening as my husband and I lounge beneath a triangular sail and strings of festive Edison bulbs on the café’s 16-seat back porch in the Lee Heights Shops. Next to our table are flower boxes teeming with basil, mint, lavender, sage, dill, fennel and thyme.

We’ve been happily sipping on a Chartreuse-laced daiquiri and a riff on a traditional Bee’s Knees, which adds Amaro Montenegro to the usual concoction of gin, honey and lemon juice for an intriguing note of bitterness. 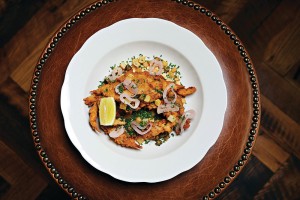 In addition to the back porch, Café Colline has seating for 44 inside, including 12 bar seats, and another eight on the front patio. The alluring bistro, which L’Etoile co-owns with restaurateurs Ian and Eric Hilton, debuted in the former Cassatt’s Café space in August 2020, during the throes of the pandemic. It endured a rocky start as onsite dining surges came and went.

I tried their food in takeout form in January 2021, savoring L’Etoile’s leeks vinaigrette, his sea bass with brown butter and capers, and roast chicken with tarragon jus. Stopping by to pick up my order (en masque), “I couldn’t help but admire the pretty space,” I wrote of that brief visit, “with its ornate wall mirrors, tufted leather banquettes and a charming herringbone-patterned wood floor, picturing myself dining there once the buzz times returned.” 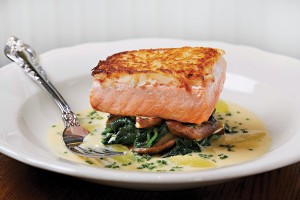 Having now revisited Café Colline in person, I can say that it merits revisiting in writing. For years, Ian Hilton’s neighbors in Donaldson Run hounded him to open a restaurant close by. What they got is what most of us want in a neighborhood joint: superlative, ungimmicky food; well-made cocktails; a succinct and reasonably priced wine list; free parking; a personable, knowledgeable staff; charming décor; and quaint touches here and there—such as little vases of cheery ranunculus on the tables, and glass jars used as serving vessels for a silken chicken-liver mousse with Madeira gelée.

I appreciate that the 22% gratuity added automatically to the check is circled so that diners don’t mistakenly tip twice. Many will recognize general manager Debra Rubin, a seasoned restaurant pro who previously worked for the dearly departed chef Bob Kinkead, and later for chefs Tracy O’Grady and Kate Jensen at Arlington’s beloved Willow restaurant, which closed in 2015. Rubin planted and tends the back porch’s herb garden.

Etoile means “star” in French, and the Hilton brothers have one in their aptly named executive chef and partner, who also oversees the kitchens at Chez Billy Sud in D.C. and Parc de Ville in the Mosaic District (both of which are also French bistros). A Northern Virginia native, L’Etoile, 39, first got into cooking by helping his mother, Lilienne Conklin, run her catering business, A La Belle Cuisine, in the late 1990s and early aughts. (She’s now in charge of private events for the Hilton brothers’ parent company, H2 Collective.) 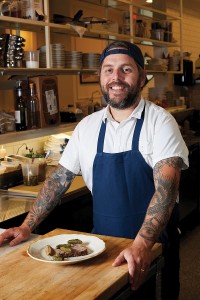 After a series of jobs in Washington and New York, L’Etoile was a member of the 2005 opening team for Willow in Ballston. (He credits Tracy O’Grady, now the chef of Arlington’s Green Pig Bistro, as a valued culinary mentor.)

His connection to Ian Hilton began in 2007 with the opening of Marvin on U Street, after which he became the chef of Chez Billy, a French bistro in D.C.’s Petworth neighborhood, in 2012. It closed in 2016, after Chez Billy Sud opened in Georgetown in 2014.

At Café Colline, L’Etoile tweaks the menu based on whatever is fresh and seasonally available. A buttermilk-fried soft-shell crab is served with a simple remoulade of capers, mayo and grainy mustard that complements but does not overpower the sweet, crunchy crustacean. Garnishes of pickled ramps and cubed fried potatoes add extra flair.

A fine strategy for starting a meal here is to share a pot of mussels steamed with pastis, cream, shaved fennel and tarragon. This classic bistro dish comes with frites (french fries) that are made in-house, not frozen—a rarity these days—and a trio of dipping sauces, including mayo, ketchup and a house-made club sauce featuring kimchi.

For a main course, try the duck leg confit à l’orange (another French bistro standard) on a bed of farro, wild rice and kale. L’Etoile cures the legs overnight with salt, cloves, garlic and thyme, then braises them to perfect tenderness in duck fat. He finishes each leg by removing the thigh bone, flattening it and searing it in a cast-iron pan, rendering the skin to divine crispiness. Flabby-skinned duck confit is a pet peeve of mine, so I appreciate this technique. 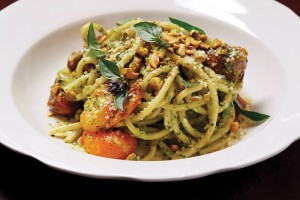 A dish of bucatini tossed with blistered cherry tomatoes, aioli and a verdant pesto of roasted pistachios, basil, chili flakes and pecorino cheese is a tasty exercise in simplicity and restraint. The salmon fillet encrusted with hash brown potatoes and served with spinach, sauteed hen-of-the-wood mushrooms and lemon beurre blanc could be a poster child for contemporary French bistro cooking. 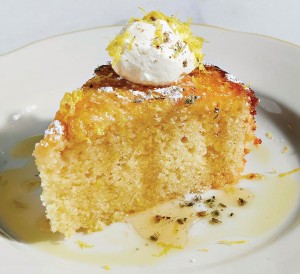 The desserts here are refreshingly straightforward. Dense, fudgy flourless chocolate cake with Chartreuse ice cream is a perfect coda to a meal, as is the moist olive oil cake (L’Etoile uses Lillet Blanc, a French aperitif, in the batter) topped with honey, creme fraiche and lavender. As I look through the notes from my meals at Café Colline, I notice that something’s missing: complaints. Hilton’s neighbors must be very pleased. 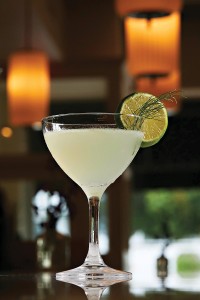 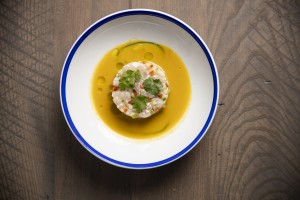 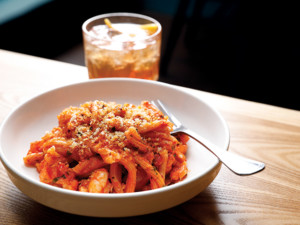 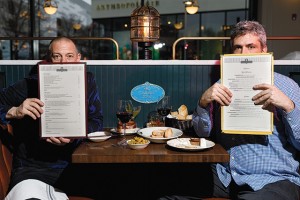