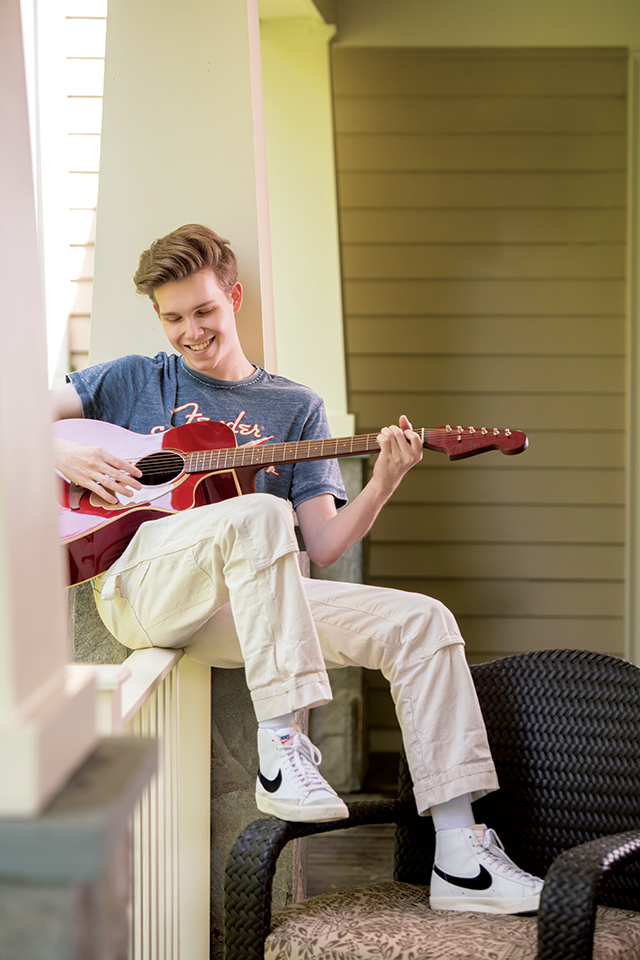 Nathan Dent has a “distinct early-childhood memory” of struggling through a Curious George book with his mom and fearing he would never learn to read.

Those fears were short-lived. Now a self-described “bookworm,” he’s added some Ernest Hemingway and Chinua Achebe to his reading list. And as his literary palate has expanded, so too have his interests. The Yorktown High School grad served as editor of his school newspaper, president of the Yorktown Young Democrats, and was a member of the adolescent advocacy group the Arlington Teen Network Board. He also composed about 60 (mostly unreleased) songs in genres ranging from “quasi-EDM” to folk—all while maintaining a stellar academic record and holding down a pizza delivery job with Lost Dog Café.

Somewhere in the flurry of articles, sample ballots and study guides, Dent also managed to carve out time with two schoolmates to produce a documentary, The Prison Industrial Complex: The Dark Side of American Criminal Justice, which in 2020 won an honorable mention in a nationwide student competition hosted by C-SPAN. Through interviews with experts and formerly incarcerated individuals, Dent says he learned much more about criminal justice than he could have gleaned from mere research. It’s a field he’d like to pursue in the future, perhaps as a journalist or lawyer.

“Whatever I end up doing, I’d like to feel like I’m making some kind of difference in that area,” says the 18-year-old. “I care deeply that we’re treating people ethically, whether that be people who are on trial, people who are victims, people who are incarcerated—everybody involved in that process.”

This fall, Dent will study journalism at Northwestern University. Though he can’t foretell what lies ahead, he says his time at Yorktown prepared him. “I was always learning from real people, as opposed to the archetype of the high school teacher who doesn’t really seem like anybody you’d encounter in real life,” he says. “I’ve been lucky enough to grow up in a place that really emphasized connecting what you’re learning to the real world.” –Eliza Tebo Berkon