Their pandemic senior year was anything but ordinary—which makes these graduates all the more extraordinary. 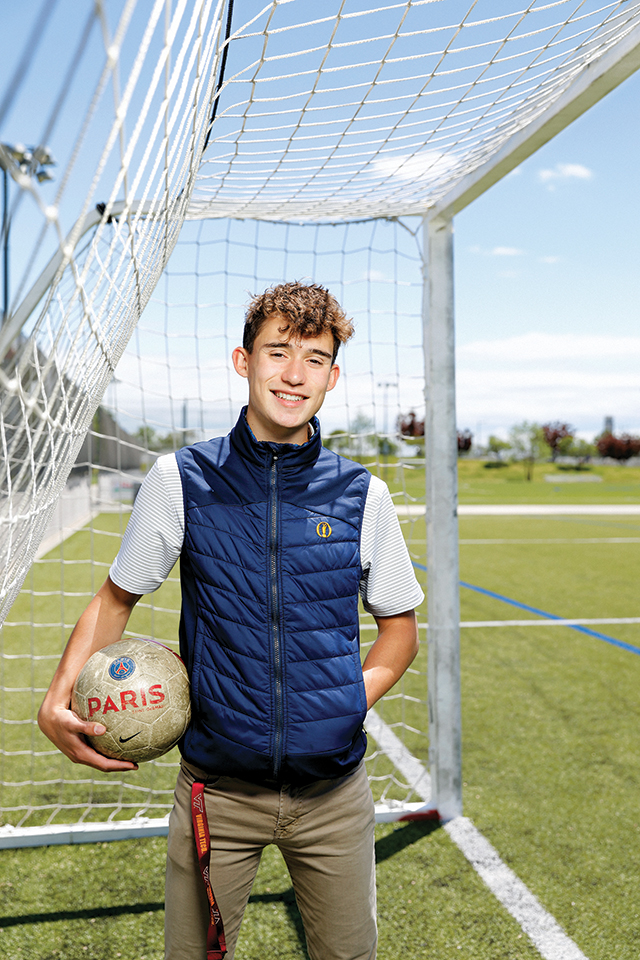 Guillermo Garcia knows that playing on the varsity soccer, basketball and golf teams—plus many years of travel soccer—means some might view him as just a jock. But, like most people, the future Virginia Tech student is much more than what he appears on the surface, partly due to what he’s learned on those teams.

“I think the experiences I’ve gained from being in leadership positions on the teams that I play on has really helped me,” says the 18-year-old.

Without his connection to soccer, he might never have noticed that the students at his aunt’s school in Colombia, where he visits his father’s side of the family annually, lacked the sports equipment that he had back home in Arlington.

“I found that they didn’t have the resources available to really be able to play competitive soccer like I’m able to [do] here in the States,” he says.

In 2018, Garcia launched an equipment drive with Wakefield High School’s PTA and the Arlington Soccer Association, with the goal of donating 250 pounds of equipment. To date, he has collected 1,500 pounds.

Before Covid put travel on hold, he was thrilled to see kids in Colombia wearing Wakefield and ASA gear when he visited. “I think my experience in Colombia is probably what I’m most proud of to this day,” he says.

Athletics aside, Garcia finished high school with a 3.9 GPA and was a member of the Spanish Honor Society. He referees soccer games on weekends and participated in his school’s Cohort Program, which supports male minority students preparing for higher education.

He intends to study business and Spanish in college, then follow in his father’s footsteps as a financial adviser.
“He deals with a lot of clients and their money,” he says, “but it’s all about building relationships, and that’s something that I tend to be very good at.” –Rina Rapuano