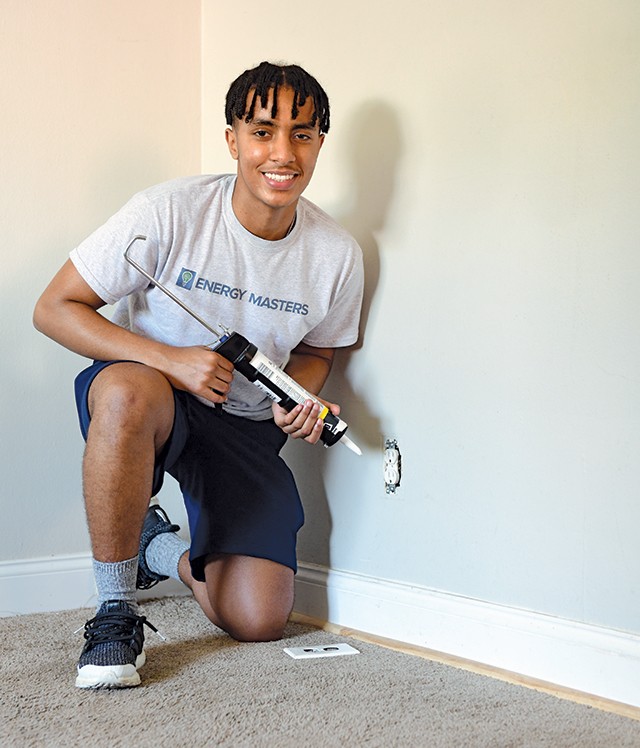 When Abel Geleta identifies a problem, his first instinct is to figure out how he can fix it. The Arlington teen has amassed quite a track record of volunteer work—a passion that started when he helped with the Arlington County Fair in middle school.

“I got to make some great memories and enjoy being a part of the fair,” he says. “From then on, I’ve continued to do various volunteer activities to expand my experiences.”

Prior to his graduation from W-L, Geleta spent four years as a representative on the Student Advisory Board. He also served as a board member of Arlington Transforming Masculinity, which works to promote emotional intelligence over aggression, and volunteered with EcoAction Arlington, helping low-income county residents with home improvements to reduce their energy costs and carbon footprints. He pitched in at Meals on Wheels and aided elderly patients at Cherrydale Health & Rehabilitation Center, where his mother works.

Inspired by a Minority Student Achievement Network (MSAN) conference he attended as a junior, Geleta also launched a social media initiative that connects minority students in Arlington with resources for academic opportunities, scholarships, internships and more.

“Being an ambitious student, I’ve been able to exploit and harness a lot of those [resources] to help me grow,” he says, “so I’ve been using social media to help other students [do the same].”

After finishing high school with a 4.46 GPA, Geleta, 18, is headed to Yale this fall, where he’ll study political science and economics—a path he says would not have been possible without his mother’s courage. She left him with his father in Ethiopia when he was 3, and was finally able to bring both of them to America when he was 8.

“Without her making that initial sacrifice to come here,” he says, “I wouldn’t have been able to experience any of these things or achieve any of the accomplishments that I’ve achieved today. She’s definitely a great source of inspiration for me.” –Rina Rapuano