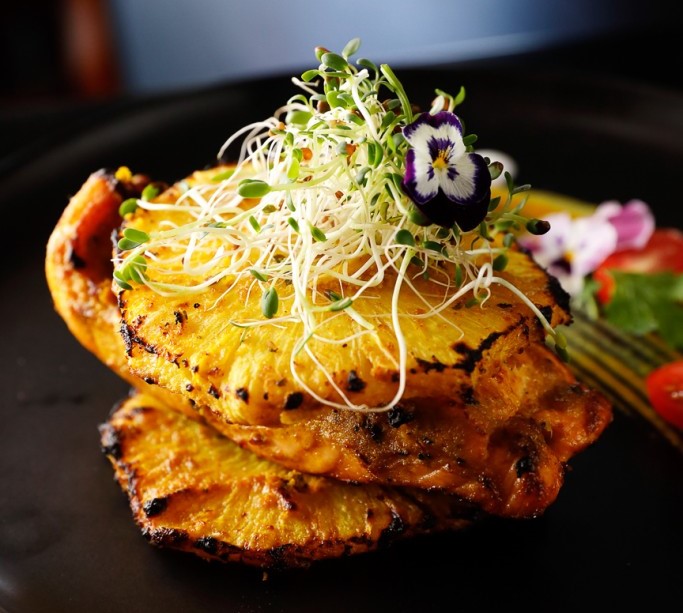 Restaurateurs Helen Sanjjav and Anthony Sankar and chef Premnath Durairaj have a winning concept in Spice Kraft Indian Bistro, which opened a second location (the original is in Del Ray) in the former Delhi Club space in Clarendon. Durairaj’s gorgeous and exceedingly flavorful salmon tikka pineapple is a must. The chef marinates pineapple slices and salmon overnight in a yogurt marinade seasoned with coriander, Kashmiri chili powder, cumin, garam masala, black salt, mustard oil, fenugreek leaves and ajwain seeds. The fish and fruit are then charbroiled in a tandoor oven and served with a side of a vibrant orange tikka sauce made with tomatoes, onions, spices, butter and cream.

I would gladly adhere to the maxim that breakfast is the most important meal of the day if the meal in question were the Irish breakfast at Mattie & Eddie’s, the Arlington bar and restaurant chef Cathal Armstrong opened in March. That offering—available all day, no less—includes two eggs any style, baked beans, sautéed tomatoes (or roasted mushrooms when tomatoes aren’t in season), pan-fried potatoes, house-baked brown bread and a panoply of pork products, including black pudding, white pudding, bangers and Irish bacon. It’s a visual and gustatory feast that covers all the real estate on an earthenware platter large enough to hold a roast turkey. Read the full Mattie & Eddie’s restaurant review. 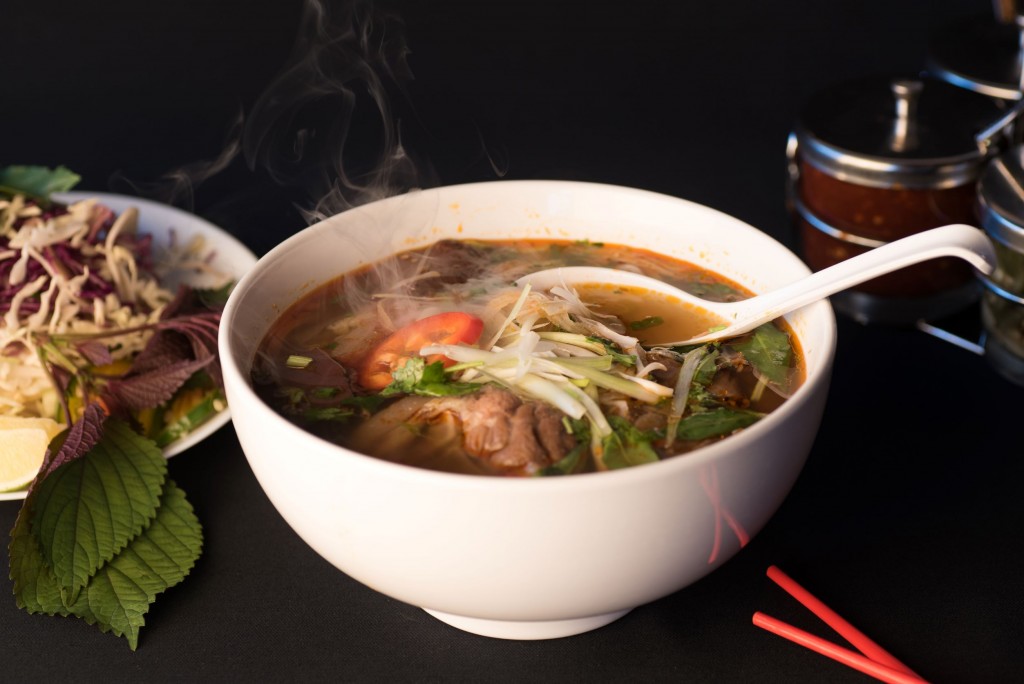 Brother and sister Khao and Annie Tran opened Lantern House Viet Bistro in Falls Church in May, continuing a family tradition that spans two generations. Their grandparents, and then their parents, operated a pho shop in The Little City for years. As cold weather sets in, Annie Tran’s rendition of the classic noodle soup is a winner. Her beef broth, scented with star anise, ginger and lemongrass, is packed with thick rice noodles, sliced brisket, beef tendon and shank, plus cubes of coagulated pork blood (a Vietnamese delicacy), sliced ham and green onions. Customize the enormous bowl to your liking with fresh herbs, shredded cabbage, squeezes of lime, and condiments such as chili sauce, homemade chili-lemongrass paste, and pickled garlic and jalapeños.

Appetizer Sampler at Our Mom Eugenia

A deliciously winning appetizer strategy at Our Mom Eugenia in the Mosaic District is to order the vegetarian platter for the table. Chef Eugenia Hobson’s medley includes spanakopita (phyllo, spinach, dill and feta pie); gigante beans stewed in tomato sauce; marinated beets topped with pistachios and skordaliá, a garlicky potato spread; and roasted eggplant with feta, raisins and pine nuts. Be sure to add an order of stuffed grape leaves—with or without ground beef—which are served on a lemony hollandaise-meets-vinaigrette dressing. Read the full restaurant review of Our Mom Eugenia. 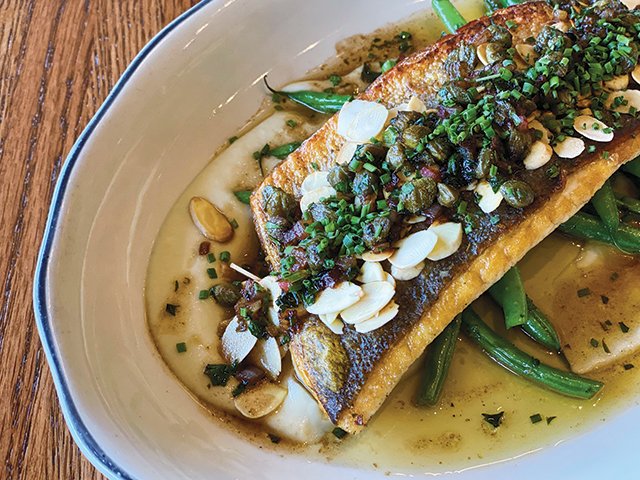 A visit to Café Colline finds a beautifully seared loup de mer (sea bass), plated skin-side up on a bed of haricots verts, drizzled with a sauce of fennel, brown butter and capers, then garnished with toasted almonds. “It was a hit from day one. I love nutty preparations,” says chef Brendan L’Etoile, who co-owns this French bistro in the Lee Heights Shops (along with Parc de Ville in the Mosaic District and Chez Billy Sud in D.C.) with restaurateurs Ian and Eric Hilton. Read more about the stylish neighborhood café and its bistro menu here.

At Ruthie’s, the congenial “meat and three” restaurant named after his grandmother, chef Matt Hill cooks on an Argentinian-style grill and a wood-burning smoker. For all his concept’s homeyness, this isn’t home cooking. The Rohan duck breast involves a four-step process—brining, smoking, pan-searing and chargrilling—that yields subtly smoked, rosy slices of meat with crisped skin. The side dishes excel, too—especially collard greens with smoked tomatoes and fried rice flavored with kimchi and chicken livers. Read more about the eatery Arlington Magazine readers named “Best New Restaurant” of 2021.

Earlier this year, chefs Tim Ma and Andrew Chiou brought a second location of their Chinese-American takeout (the original is in D.C.) to Westpost (formerly Pentagon Row), dishing out favorites like crab Rangoon, duck-fried rice, pork dumplings and lo mein in both small and large portions for takeaway. The sleeper on the menu at Lucky Danger is the wok-fried Taiwanese omelet, a dish Chiou grew up with. “It’s all about texture and balance,” he explains. “Dried radish adds crunch and salt, and barely sauteed onions add sweetness.” 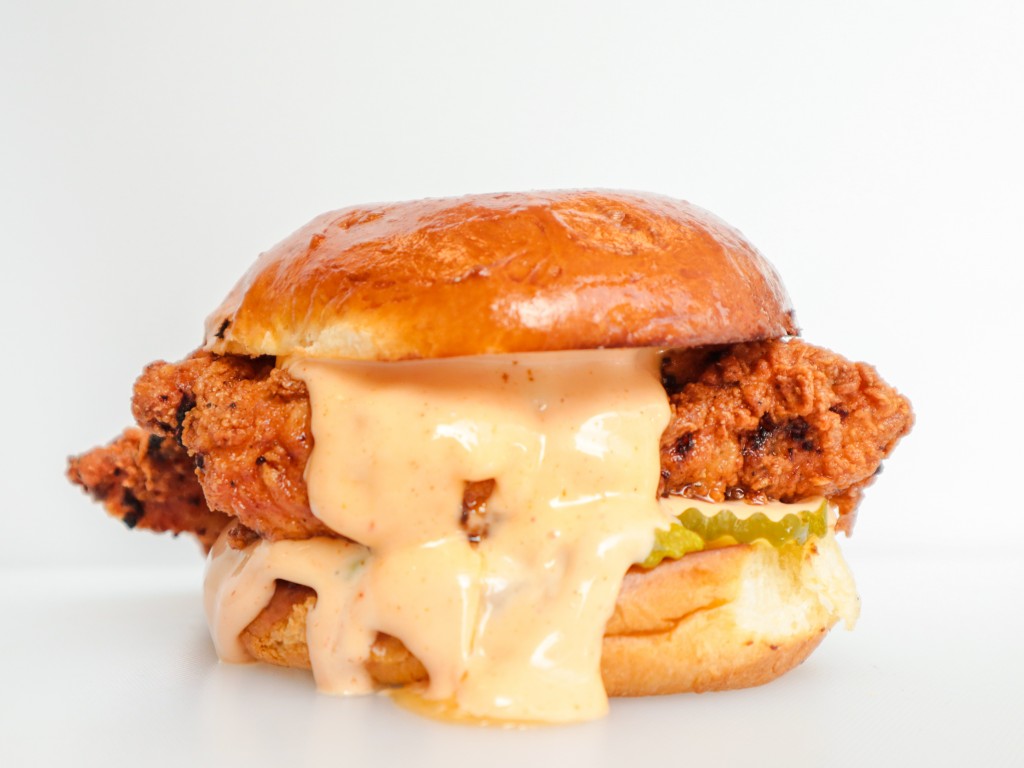 Former Vermilion chef Tom Cardarelli’s Roman-style pies are worth a drive over to Hume Avenue in Del Ray. Cardarelli makes a sourdough olive-oil crust that undergoes a slow, cold fermentation for 72 hours, and a simple sauce made with organic Bianco DiNapoli tomatoes.  His business name, Stracci, is short for stracciatella, which is pulled mozzarella cheese (the chef makes his own) that’s then shredded and soaked in cream. Try the Brooklyner pie, topped with pepperoni, sausage, stracciatella, ricotta, Calabrian chilies and honey. Or the Stracci, a simple, classic combination of stracciatella, tomato, basil and olive oil. Read more about this pandemic start-up here. 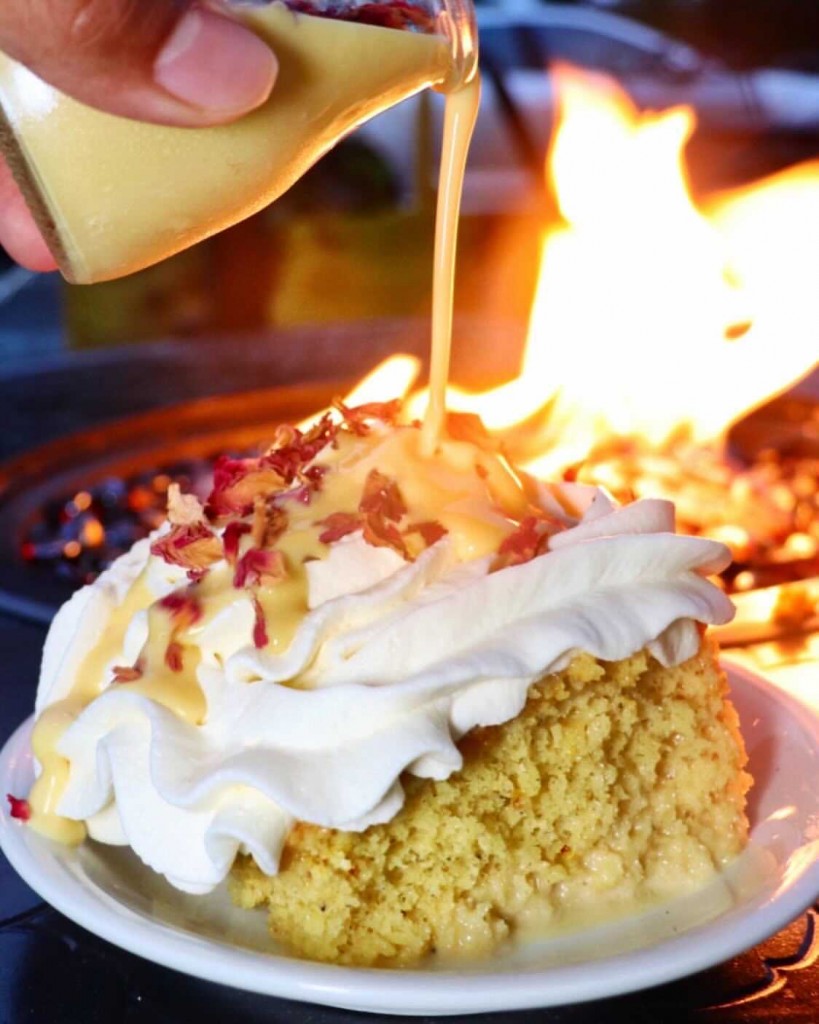 If you’re one who normally passes on dessert, you might reconsider at Balqees Restaurant in Bailey’s Crossroads. Durrana Wardak’s bright yellow saffron cake, topped with whipped cream and rose petals, comes with a decadent little glass of saffron crème anglaise on the side. It’s meant to be poured over the cake, but I’d happily drink it as a beverage on my next visit. Read more here about the Lebanese and Yemeni restaurant that opened last July in Seminary Road Plaza. And save your appetite.